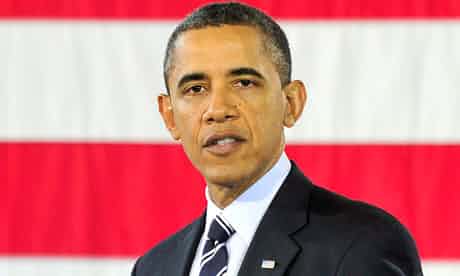 No wonder the Republicans have lost their way. For a party that considers itself socially conservative with a base that takes the bible literally its moral compass is seriously askew.

After a slew of women came forward to accuse one presidential candidate, Herman Cain, of sexual harassment, his poll standing actually edged up a little. When one woman accused him of having a consensual affair, his numbers plummeted and he dropped out of the race. A couple months later, in South Carolina, the most conservative state to vote so far in the Republican presidential nomination contest, Newt Gingrich's fortunes improved after his second wife revealed that he threatened to leave her unless she accepted an "open marriage" with his now third wife, with whom he was having an affair at the time.

They're so busy sinning, repenting and then sinning again, it's a wonder they can find time to cast the first stone, over and over again.

The upshot is peculiar. For most of last month, the two frontrunners were the thrice-married Catholic convert Gingrich, who tried to have a polygamous relationship, and Mitt Romney, a Mormon who has practiced lifelong monogamy.

Before last week, none of this seemed to matter. When Rick Santorum arrived in New Hampshire, fresh from victory in Iowa, and started arguing with hecklers about gay marriage, he looked like a kook, even to Republicans. Meanwhile, Romney has been intent on riding to the White House, with nary a hair out of place, not so much as president, but CEO of America Inc.

But over the last week, the ground on which this race has been run has shifted. I am not referring here to Rick Santorum's victories in Minnesota, Colorado and Missouri – although they may actually have been a symptom; but rather, two, countervailing and apparently unconnected story lines, that might shift the tectonic plates on which the logic of both the primaries and the general election are grounded.

First was the economy, which appears to be improving. More important was the unexpected fall in unemployment rate to 8.3%; a sharp decline, given it was 8.5% in January and 9.1% in August. But that was just the beginning of an impressive week, which saw consumer credit rise in December, suggesting growing confidence, a report claiming that the housing market may bottom out this year and, Thursday, a survey showing that the number of Americans seeking unemployment aid neared a four-year low.

This does not mean all is well. No president since the war has won re-election with an economy in this bad shape. But what it does do is change the trajectory of the national story from descent into unremitting gloom to emergence into nascent, fragile recovery. Americans still disapprove of Obama's handling of the economy, by 59% to 38%: but that's up from 30% in November and 26% in August. The Republican playbook has been written with decline in mind. Now, it has to be rewritten.

James Carville's adage: "It's the economy, stupid" still holds. It just may not be the economic story everyone was banking on.

Elsewhere, however, other news provided more excitement for the Republican base. First came the flap over contraception after the administration ordered that employers, including religious hospitals and universities, must provide insurance for contraception including the morning after pill. According to the New York Times, around 147 bishops in 195 dioceses have issued personal letters against the measure, emphasising religious freedom. The White House looks as if it will be forced into some retreat on the issue.

Meanwhile, Washington state's legislature approved gay marriage, sending a bill to the governor that will be signed into law on Monday; and a federal appeal court overturned the ban in California on gay marriage that had been enforced by the Prop 8 referendum in 2008.

This is unlikely to force the "values" agenda to the top of the nation's priorities. At present, no more than 3% of the country ranks abortion or family values/morals as a priority – that's within the margin of error of zero. Even in conservative South Carolina, only 8% said abortion was the biggest issue for them. But the emergence of these issues does throw red meat to a Republican base that has, so far, been uninspired by the actual candidates, and it shifts the conversation during this relative lull (with just one caucus and no debates for a couple of weeks).

It would be too crude to suggest that this is why Santorum won big last Tuesday. He does well in caucuses, where turnout is lower and people have to be more motivated, seems to hold a particular appeal in the midwest and, in any case, won by too wide a margin in too many places to attribute his victory to any single cause. But it would be naïve to suggest it's irrelevant. It can only help Santorum; can only hurt Gingrich and Romney, since it offers the opportunity to emboss characterisations of the former as a philanderer and the latter as a flip-flopper in the public imagination.

What does it change? Ultimately, in the Republican primaries, little. Romney is still most likely to win. But the process may be even more painful for him than it already was. At present, he has the worst of both worlds: all the downsides of being a frontrunner without being able to stay out in front.

In the general election, if events of the last week became a long-term trend, it could matter a great deal. Not only will Romney be a thoroughly battered nominee of a party that would clearly nominate anyone else if it could, but the weaker he is, come the nomination, the more sops he has to throw to the base in terms of rhetoric, policy and vice-presidential pick – thereby alienating independents and moderates.

A shift of focus from the economy to social issues would also mitigate the primary basis on which he has framed his candidacy – who needs a turnaround man when things are on the upturn? Conversely, it may turn out Republicans who would otherwise stay at home – not because they love Romney (they're indifferent to him), but because they are passionate about gay marriage or contraception.

This hardly makes for plain sailing for President Obama. With approval ratings so low, unemployment so high and the economy so precarious – any number of things could blow this mild recovery off course – he's lucky not to have a Democratic primary challenger, and even luckier that the Republicans have yet to make peace with the choices they have.

follow on twitter
RT @BernardineEvari: Please follow the groundbreaking online #MuseumofColour UK, founded by the unstoppable Samenua Sesher. The 1st gallery…
RT @EthnicityUK: Gary Younge is interviewed by @sonikkalogan about his work on racism and gun violence in @the_hindu #DataPoint podcast. h…
RT @thefreedomi: 🚨 NEW: Saudi women’s rights activist & academic Salma al-Shehab was sentenced to 34 years in prison + 34 year travel ban f…
RT @LRB: #DawnFosterForever! On Thursday 15 September at the @LRBbookshop, @BizK1, @piercepenniless, Lynsey Hanley and @garyyounge will d…
RT @ShowunmiV: This is how we support Black women and girls https://t.co/8YmgV21zHo
RT @sonikkalogan: It's #DataPoint Pod Thursday! In this week's episode, I talk to @noraneus, @garyyounge and @Casey_J_Wooten about the U.S.…
RT @bgnoiseuk: Next month, @LRBbookshop will host an event to celebrate the life and work of Dawn Foster with @BizK1, @piercepenniless, Lyn…
Help me Twitter. The quote: ""You can cut all the flowers but you cannot keep Spring from coming." is most commonly… https://t.co/Xs7JkiOEd5
RT @the_hindu: #DataPoint | This Thursday, @sonikkalogan takes a look at the #US gun violence epidemic, as mass shootings continue to grow…
City workers get double-digit wage rises while lowest-paid see 1% increase - “Them’s the breaks” https://t.co/XeVyG72iA5
© Gary Younge. All Rights reserved, site built with tlc
How to get prescribed cosopt Where can you get adalat Where to buy trandate online Vytorin pill price Velcade cost per pill Buy viagra online usa Vasotec online no prescription Get aromasin Norvir price Where can i buy cellcept over the counter usa