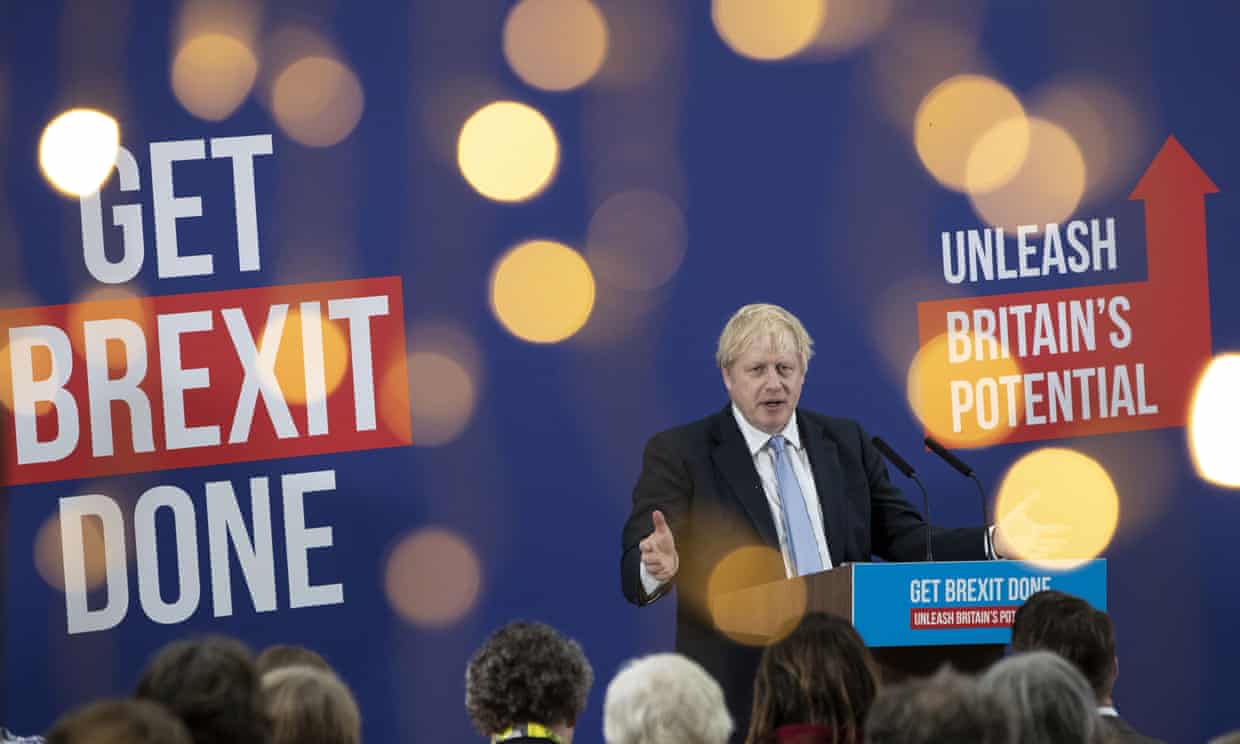 From Johnson’s lies to Corbyn’s promises – this election is about trust
The Guardian,
Photograph: POOL/Reuters

The appeal of any presidential candidate, said Richard Nixon’s speechwriter, Raymond Price, is based on a “gut reaction, unarticulated, non-analytical, a product of the particular chemistry between the voter and the image of the candidate … [It’s] not what’s there that counts, it’s what’s projected.” That projection “depends more on the medium and its use than it does on the candidate”.

Britain may not have a president but when it comes to elections it flits between presidential and parliamentary impulses. In a 2015 poll by Hansard, three quarters of people could not name their local MP; party leaders are far better known, particularly now that leadership debates have become commonplace. But the degree to which people’s votes are guided by party leaders can be overestimated. Manifestos matter, so do age-old affinities. Lived experience can trump it all. In 2017, canvassers in Harrow West said fly-tipping came up more often than Jeremy Corbyn.

With a week to go before the election, the central issue seems to come down to trust. For the Conservatives it is about whether people trust what they say; for Labour, it is about whether voters trust that it can do what it says. The challenge for the Tories goes all the way to the top. Their leader is a liar. This not a partisan point. It is a fact. When the issue of trust or truth comes up in televised debates, audiences laugh at Boris Johnson. With good reason. He was fired from the Times for making up quotes, and from his first post as shadow minister for lying about an affair. He lies to the public about the number of police, hospitals and nurses there will be if he wins. He lied to the Queen about proroguing parliament. Then he lied about proroguing parliament. He lies about his enemies – claiming Jeremy Corbyn wants to disband the army or ban MI5. He lies to his allies too, including the Democratic Unionist party on whom the Tories relied for a majority.

Those who know him best appear to trust him least. His former employer at the Daily Telegraph, Max Hastings, said Johnson “would not recognise truth, whether about his private or political life, if confronted with it in an identity parade”. When he was foreign secretary, prime minister Theresa May denied him access to top secret intelligence briefings because she did not trust him. In May, he tweeted that he had just voted, even though there were no elections where he lives or in the constituency he represents. The tweet was quickly deleted.

This has infected his party. Not because its leadership has never lied before but because the brazen, bare-faced, shameless lying for which Johnson is renowned has now become the norm. Changing the name of the Conservative Party press office Twitter account to “@factcheckUK” on debate night or Michael Gove doorstepping the leaders’ climate debate with his own camera crew and then claiming that they wouldn’t allow a Tory to debate, when Johnson had refused to attend, are just two examples.

With Labour, the problem is less that people think Corbyn is insincere, but that when it comes to Labour’s central offer – its ambitious manifesto pledges to redistribute wealth, reinvest in public services and nationalise different sectors of the economy – they fear the plans are impractical. 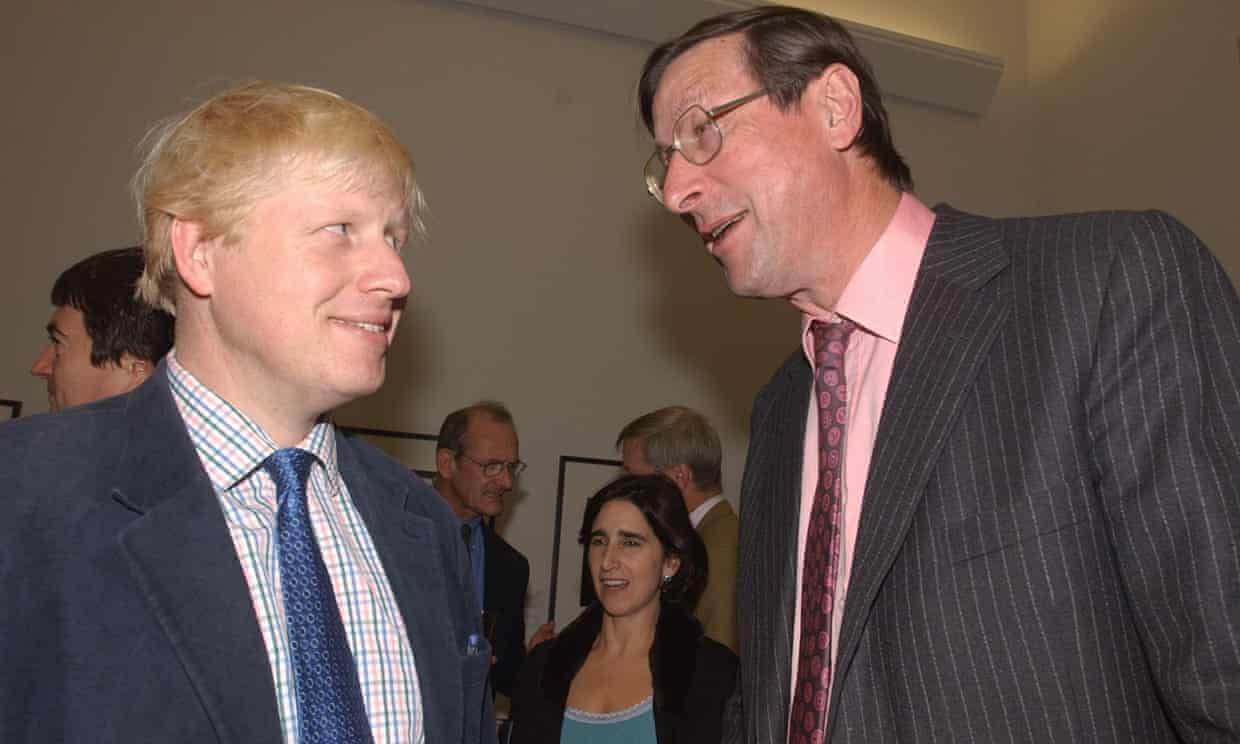 ‘Max Hastings said Johnson ‘would not recognise truth … if confronted with it in an identity parade’.’ Photograph: Nigel Howard/ANL/REX/Shutterstock

Every day it feels like it is offering something new. In the past week it has promised free breakfasts for kids to “poverty-proof” schools, a reduction in train season tickets by a third, and a £100m emergency winter shelter fund for the homeless. Like the rest of the country, I think the broad thrust of these promises and policies are worthwhile. More than half of the country believes economic inequality is too great. A majority believe railway, water and energy companies should be nationalised. Half back raising taxes to support the NHS.

But each time Labour offers something new I get anxious. Not because I think the country cannot afford it: it’s a rich country and Labour’s manifesto pledges would take our public spending to levels just above the average for developed nations and below Norway, Sweden and France. However, I don’t think it has convinced enough people that we can afford it.

The problem isn’t that Labour hasn’t addressed this – it proposes borrowing, taxing the rich and windfall taxes – but that enough people don’t necessarily believe it is possible yet. A course correction of this nature requires political education. Coming out of nine years of austerity, where people have been told the country can’t afford anything, many are naturally sceptical.

Time and again while reporting on this election I have heard people thinking of voting Labour ask, “Where’s the money going to come from?” This gives Labour two key challenges in the coming week. The first is not simply to emphasise Johnson’s untrustworthiness but to tie it to Brexit. It’s baked into people’s views that he’s a liar. Yet they believe he’s sincere when he says he’ll “get Brexit done” by the end of January. He isn’t. He won’t. He can’t. Trade agreements don’t work like that.They are complex and lengthy and, as we know, the timetable isn’t dictated by one side. They have to nail his dissembling, conman shtick to his Brexit promise and make it clear that he’s lying about that the same way he’s lied about everything else and he’s lying to them the same way he’s lied to everyone else.

Second, Labour has to stop promising new things; everyone who’s been paying attention understands it is the transformative party with the big offer. Now’s the time to show it can deliver that offer – to convince the electorate that Labour can be trusted with the changes that will help the country while Johnson can’t even be trusted with anything, including the very policy on which his campaign hangs.