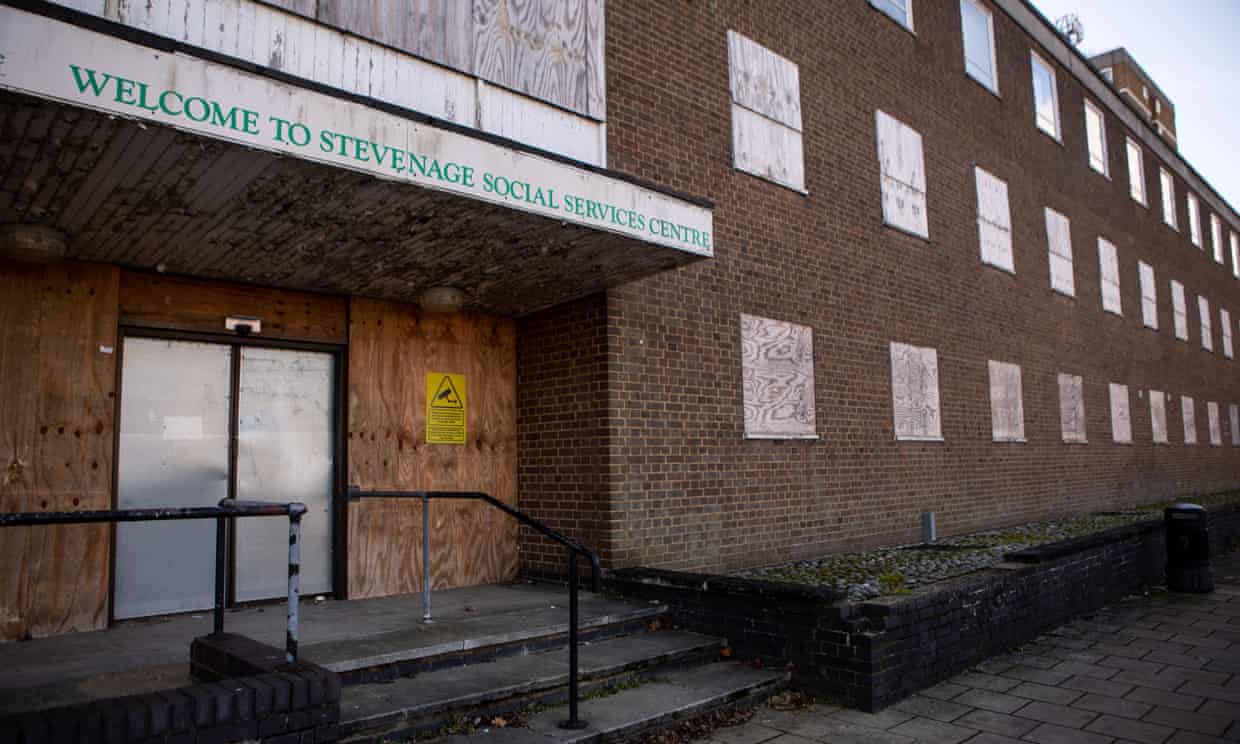 The view from Stevenage: 'Even the union rep says he isn't voting Labour'
The Guardian,
Photograph: Antonio Olmos/The Observer

David (not his real name) is a diehard socialist who finds himself increasingly exasperated with the working class. A manual labourer in Stevenage, he has argued himself hoarse trying to persuade his workmates that Labour in general, and Jeremy Corbyn in particular, can make their lives better.

“I talk about things that are directly relevant, like council housing or privatisation,” says David, who is in his 30s and works in the public sector. “I tell them if the Tories win we could be privatised. We’ll be working longer hours for less money. But they don’t care. They just talk about immigrants bringing down wages and how Boris will get rid of them after he’s got Brexit done. I’ve stopped bothering,” he says. “Even the union rep says he’s not voting Labour this time. I just put in my earphones and get on with it.”

David is working class. He grew up not far from where I did, and went to the same junior school. In an hour-long interview he quotes Orwell, Chomsky and Plato. For the most part the views of his fellow workers baffle him. He puts it down to a number of things. “They believe what they read in the paper,” he says. “And then they just repeat it. It’s not like they’re watching the debates or reading the manifestos. I think the media’s got a lot to answer for. It can make them argue against themselves.”

They make a lot more sense to me. David grew up during austerity; I grew up during the Thatcherite boom years. I remember when people could first buy their council houses. They went for a fraction of their value and for a while, for the first time in their lives, people who had little to complain about suddenly had something to be happy about. They felt well off. There was a lot of building work as they built porches and back extensions. When the privatisations came they bought shares.

Thatcherism wasn’t imposed upon them. Many, if not most, rushed towards it with open wallets.

The affinity wasn’t just material. It was cultural too. Stevenage backed Brexit but the blend of patriotism, class ambivalence and aspiration that drew it towards the Tories goes beyond that. I recall strongly an older brother of my friend trying to persuade me not to stay on at school but to go to work. He did the sums for me. The money I would lose out on over the five years I was at school and university, and the practical skills I could accrue in that time. He was genuinely looking out for me. “I’m not even talking about over time,” he told me.

The attachment to Labour was never abandoned completely. The town may have voted Conservative in seven of the last 10 elections, but between 1997 and 2005 it delivered Labour far bigger majorities and since 1973 the council has been in Labour hands; in May Labour even gained a seat. But the ties that bound them to Labour have frayed. “Most of the people I work with don’t know what a union is,” said one Labour voter. 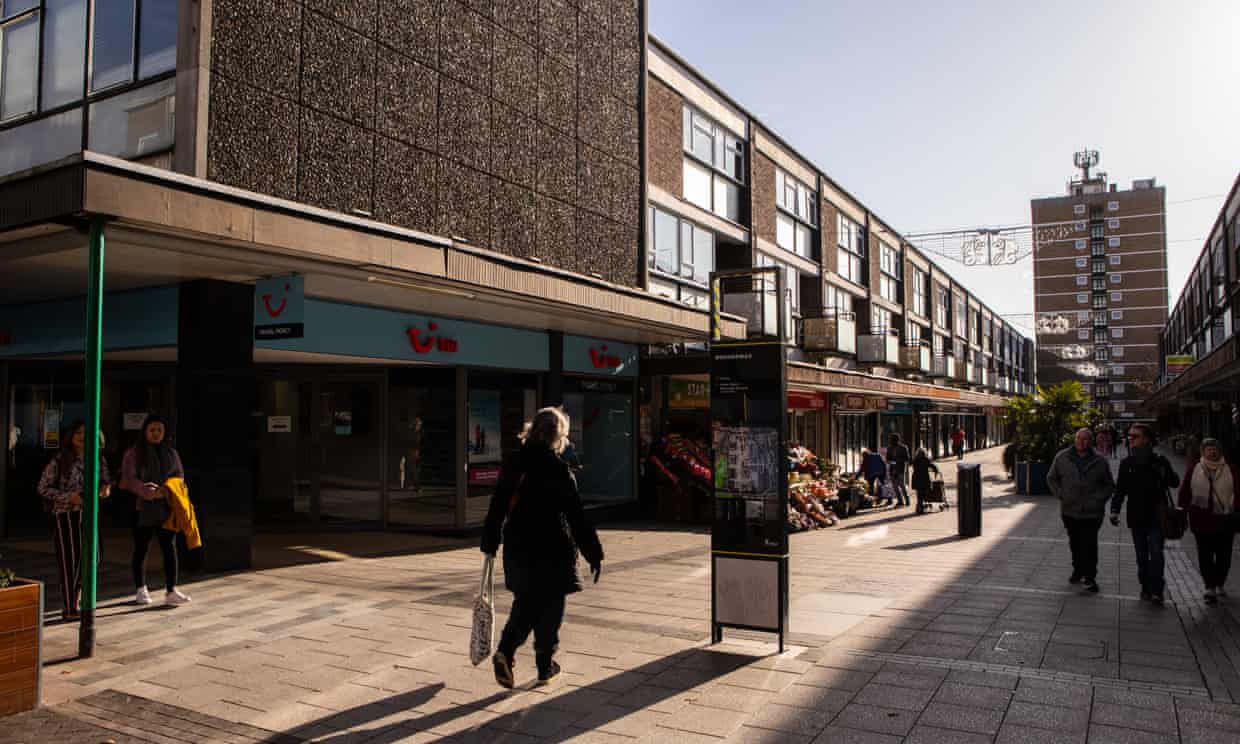 A “bellwether” seat is a constituency that has tended to swing between Labour and Conservative, giving an indication of who is going to win the election overall. Bristol North West, for example, turned Conservative when Margaret Thatcher came to power in 1979, reverted to Labour in 1997 as Tony Blair was elected, then went Tory again in 2010 when Gordon Brown lost control of No 10. In 2017, the constituency voted Labour, which did not indicate that Jeremy Corbyn would be forming a government, but clearly showed that Theresa May was not building on the votes won by David Cameron in 2015.

Jeff Bullock, 64, doesn’t believe everything he reads in the paper. He came to the Stevenage as a six-month-old baby from Islington in the 50s. They built much of the town around him. He knew my mother from when she used to run local play schemes and, later, he became her mortgage broker.

Bullock voted for Brexit. He says he would not vote for Labour so long as Corbyn is leader but it transpires that he hasn’t voted Labour since Jim Callaghan, who he met in the town centre. He laughs at the suggestion he has somehow been duped into voting against his own interests.

“Labour have all these wonderful ideas,” he says. “I’m all for fairness. But at the end of the day somebody’s got to pay for it – either through their taxes or higher prices – and I don’t think Labour’s ever quite got that.”

Where Brexit is concerned he thinks its condescending to suggest he didn’t know what he was voting for.

“I didn’t pay any notice to what was written on the side of the bus,” he says. “I wanted us to stand on our own two feet. I think we can. And I think we should. I don’t like the fact that we’re dictated to.” 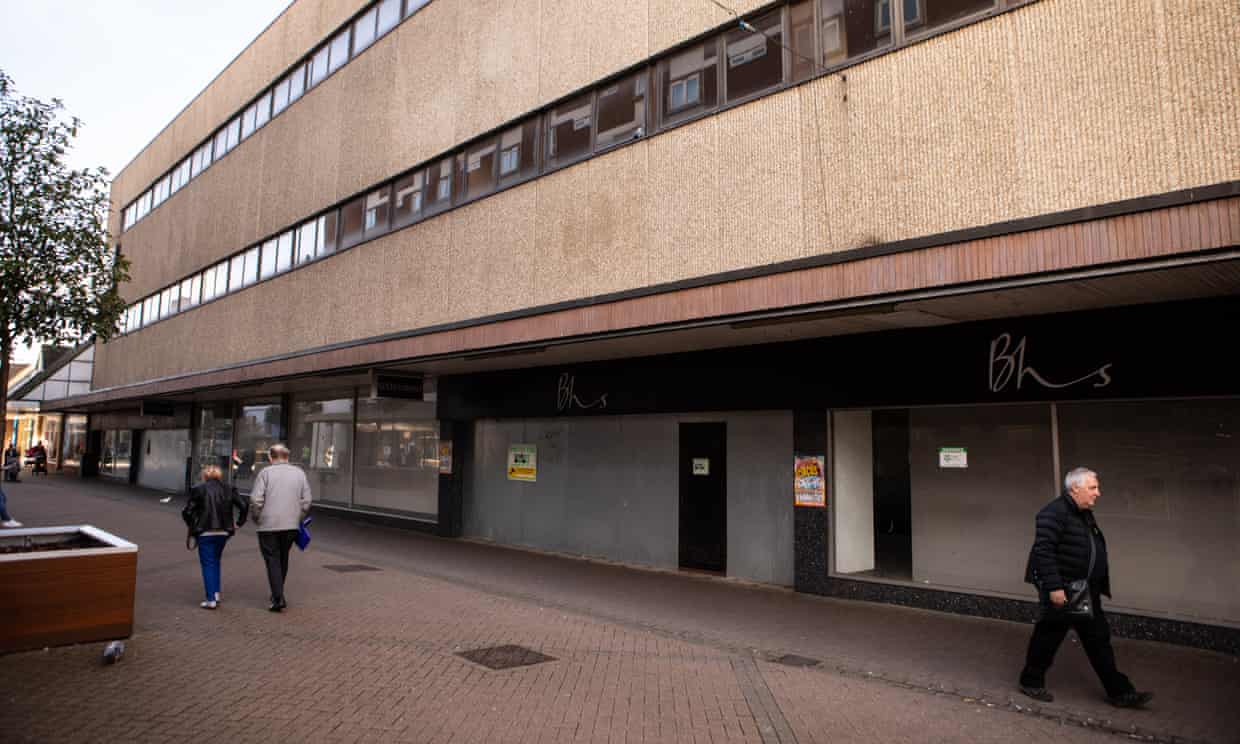 At this stage, for him, the issue goes beyond Brexit to democracy. “I never wanted to join [the European Community] but there, we lost [the 1975 referendum on EC membership] and I accepted the result. If we don’t leave now democracy would have failed. If they didn’t want the answer they shouldn’t have asked the question. And when they got an answer they didn’t want the politicians just ignored it.”

For him the election is half about Brexit and half about the urgent things that aren’t happening because of Brexit. He tells the story of buying a young homeless man in Stevenage Old Town a couple of bacon rolls. “I thought that could have been my boy.”

Stevenage was created to meet a housing crisis, following the war. The idea that it would ever have a homelessness problem of its own would have been unthinkable when so many were buying their own homes, let alone when it was being built.

Many professional people of my mother’s generation – nurses, teachers, firefighters – came to the town because of the impressive stock of council housing. That stock has long since dwindled, even though the council plans a £1bn investment in new council housing.

That won’t come quickly enough for Jordan Breaker-Rolfe, 22, a cook at the Mecca bingo in town. He is currently living with his parents, but his partner is eight months pregnant and they want a place of their own. But although they both work they couldn’t afford to privately rent. (The current plan is for the couple and newborn to live in the lounge.)

Breaker-Rolfe is also aspiring. He studied art and design, but couldn’t find work; he writes fiction. There was a period, when their extended family hit hard times, when they had to use the food bank for a few months while they waited for universal credit to come in.

For him the election is about everything. “There were lots of people at the food bank,” he says. “I’ve gone days without food. There’s more and more homeless people around. Even if Corbyn can get half the stuff he wants it would still be 10 times better.”