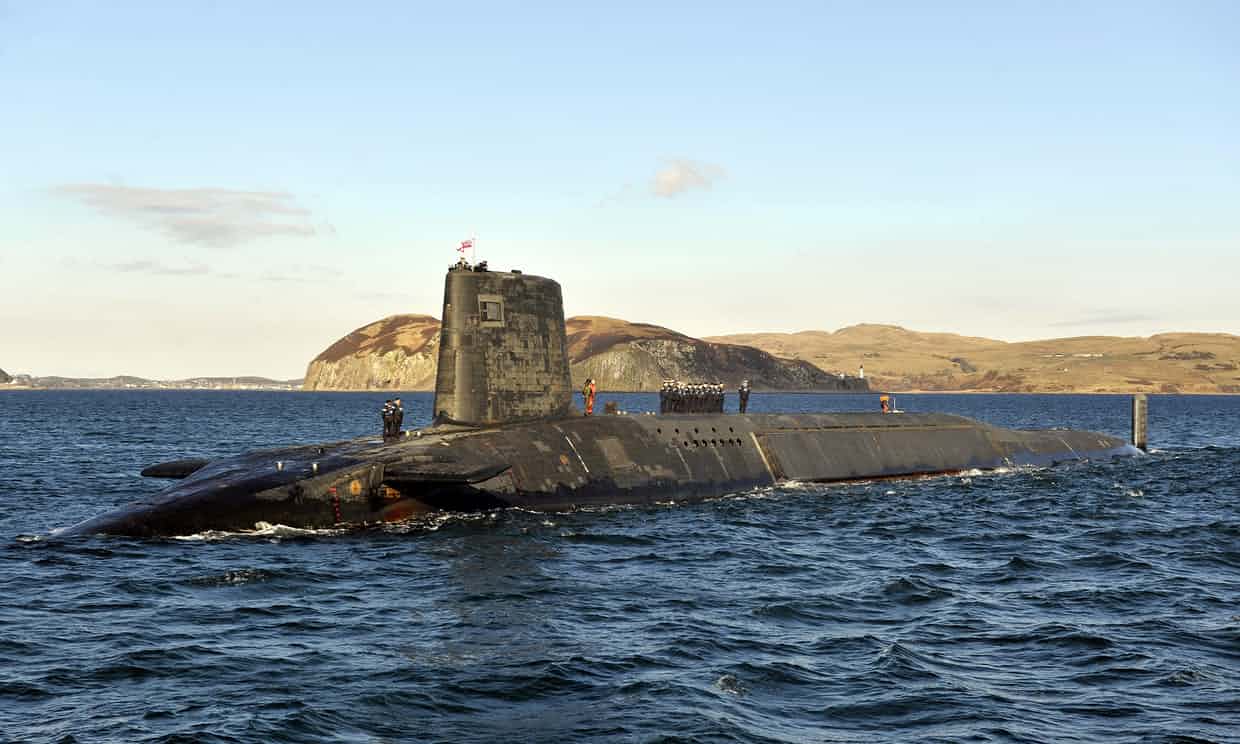 From Trident to trans issues, what matters most can be the easiest to forget
The Guardian,
Photograph: AFP/Getty Images

I had forgotten that Britain still had Trident. Obviously had I been in Scotland, where the weapon system is based, I’d have been aware. But for the last decade I’ve been in the United States and, since the Labour party ditched its commitment to unilateralism a generation ago, arguments around nuclear deterrence gradually vanished from the public square. With a handful of exceptions, UK politicians stopped discussing it; newspapers stopped writing about it; pollsters stopped asking about it; nobody I knew was still debating it.

I can’t tell you what I thought happened to Trident. But with the end of the cold war and the rise of terrorism I just assumed they’d found something else to waste their money on. Over the past 15 years, in particular, we’ve been told the central threat to our security comes from disaffected teenagers with backpacks. For all the talk of modernisation of public services I imagined Trident had gone the way of free school milk and phone boxes: declared obsolete and dispassionately retired.

So when Jeremy Corbyn made Trident a central plank of his campaign for Labour leadership, the realisation that we still had nuclear weapons struck me as far odder than the argument that we should get rid of them.

Reasonable people may disagree on whether Britain should keep Trident and whether that subject need become totemic. But the notion that such an issue is worthy of debate seems beyond question. In 2009 54% of Britons were in favour of nuclear disarmament, a year later 63% said they favoured getting rid of Trident to reduce the budget deficit: and this is without any major UK party championing its cause. People didn’t stop having opinions about it. They just stopped having a political or media outlet for those opinions.

There is a difference between marginalising a debate and winning an argument. The process by which political issues enter and exit mainstream conversation, on what terms, by what means and to what end is not a matter of merit or relevance. Political and media elites apply themselves to the task with great prejudice and to great effect.

“The ideas of economists and political philosophers, both when they are right and when they are wrong, are more powerful than is commonly understood,” argued John Maynard Keynes. “Indeed the world is ruled by little else. Practical men, who believe themselves to be quite exempt from any intellectual influences, are usually the slaves of some defunct economist. Madmen in authority, who hear voices in the air, are distilling their frenzy from some academic scribbler of a few years back.”

Sometimes those voices are clear. A study showed that in the six weeks following the collapse of Lehman Brothers, for example, a third of the extended interviews about the financial crisis on Radio 4’s Today programme, were with representatives of the financial services industry. During that time they interviewed just one trade unionist. Little wonder the mainstream debate became about bailing out bankers rather than jailing them.

Sometimes they are confused. On an average day seven children are shot dead in America. But when you ask parents, as I did for a recent book, what factors they felt contributed to their children’s deaths they generally mentioned bad parenting or “evil”. None mentioned the easy availability of guns – even though, when asked specifically, they were, like most Americans, in favour of gun control. Thanks to the lobbying efforts of the National Rifle Association, the gun control debate in the US has become so stymied, misinformed, toxic and unproductive that even those at the sharpest end of the problem have ceased to imagine they can do much about it. 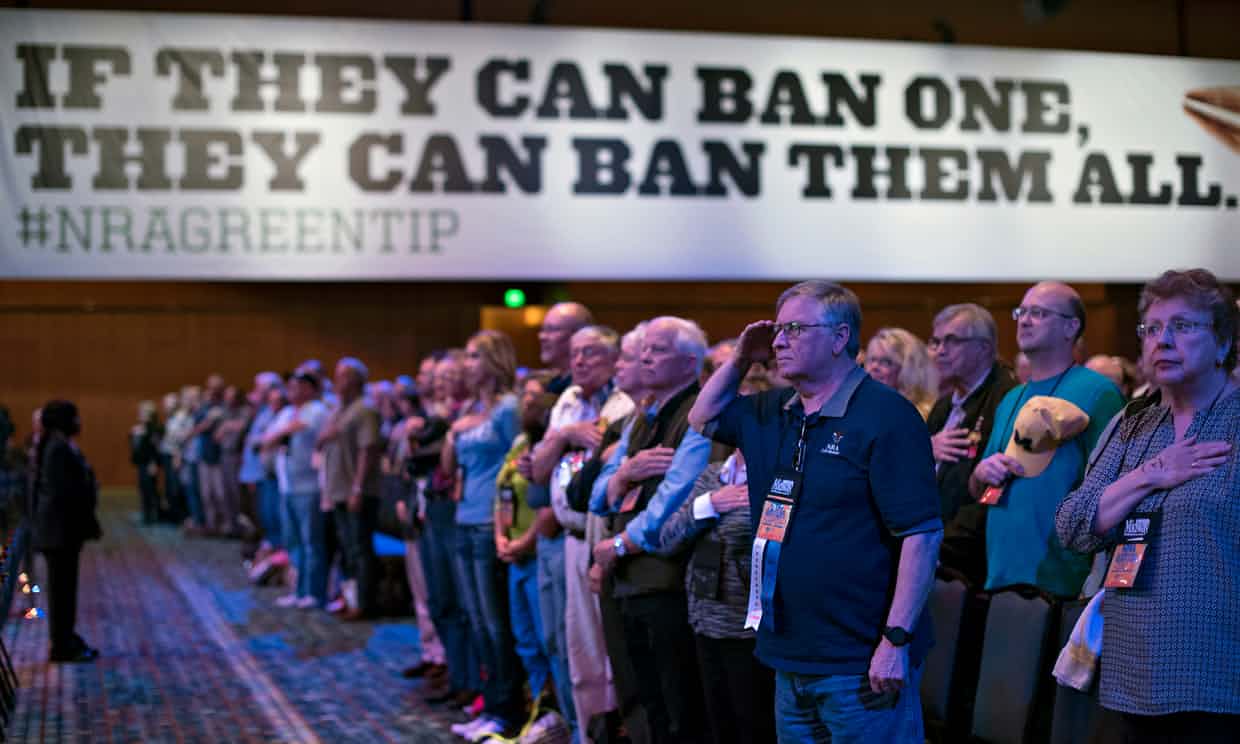 For years, mass shootings prompted presidents to stand with mournful, helpless effect, and call on the nation to pray. So their children’s shooting is understood in the same way as if they had died in a car accident – the unfortunate, if heavy, price one pays for living in 21st-century America. In the current political climate one can no more imagine getting rid of guns than getting rid of cars.

The late Uruguayan author Eduardo Galeano once bemoaned societies’ propensity towards amnesia when it came to issues that are inconvenient.

Who, I asked him, is responsible for this forgetfulness? “It’s not a person,” he explained. “It’s a system of power that is always deciding in the name of humanity who deserves to be remembered and who deserves to be forgotten.” These systems operate independently. The question of who gets to talk and what they can say is not simply imposed from above, but is part of the bump and grind of politics at every level.

Recently Cardiff University’s Women’s society circulated a petition in a bid to disinvite feminist Germaine Greer from speaking at there, because they found her views “problematic” for transgender people. Greer, who eventually pulled out, believes “surgery will [not] turn a man into a woman”. While Greer had made this point with great insensitivity at times, it is central to an important and fraught debate within the women’s movement and beyond.

That debate has consequences. Yesterday a Bristol court heard an appeal from 26-year-old Tara Hudson, who has lived as a woman all her adult life and undergone six years of gender reconstruction surgery, and was sent to an all-male prison where she is being bullied.

Trans activists might have taken on Greer in a bid, if not to change her mind, then to discredit her views. Instead they effectively sought to ban both the message and the messenger, which does not advance an argument – it simply ostentatiously avoids engaging in one.

But these systems of power do not operate in a vacuum either. Trident was always on the agenda in Scotland and, with Corbyn’s victory, it’s an issue in Britain again. The Today programme’s decision to view the economic crisis primarily through the lens of bankers did not kill the case against austerity – it simply shifted to the streets. And after the shootings of primary school children in Sandy Hook, President Obama started speaking out in favour of gun control.