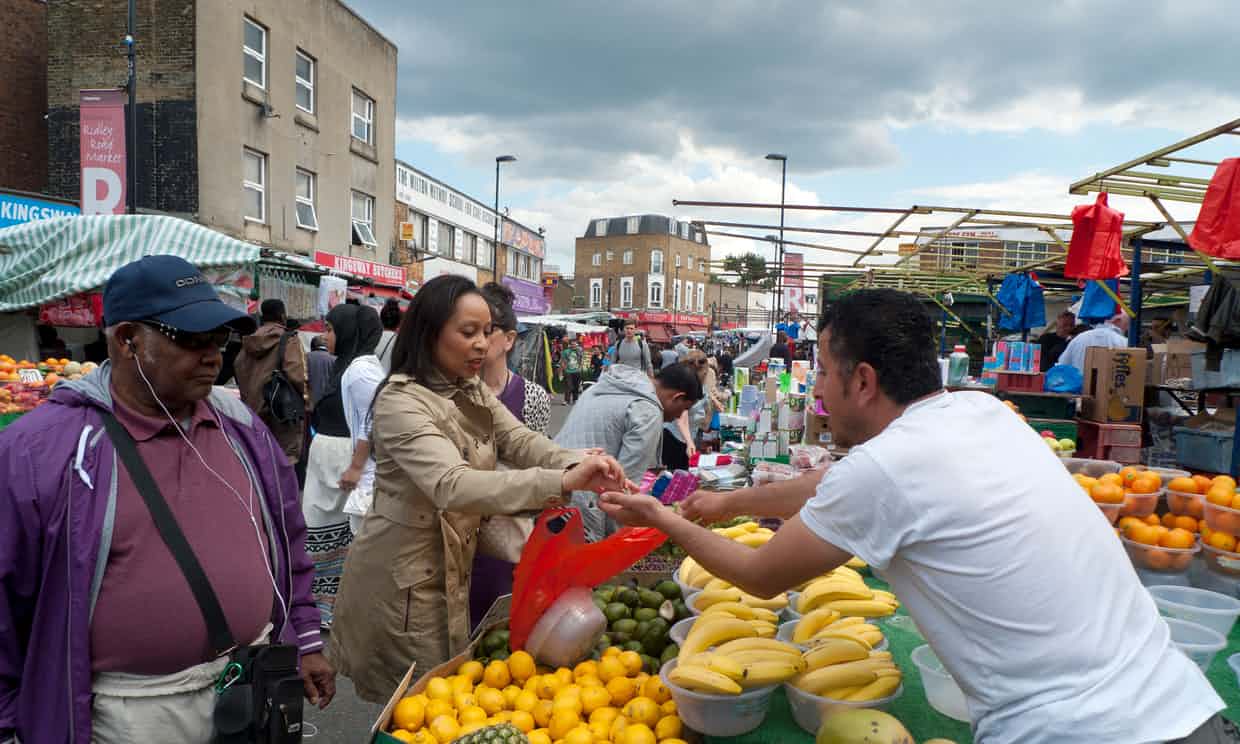 How I turned into a multicultural masterchef
The Guardian,
Photograph: Alamy

New friends came to dinner with a request for halal fare. There are parts of France, I am told, where such questions are treated as a clear and present danger to the republic. In the name of secularism, some French judges have been known to rule that Muslim children be served pork chops from uncircumcised pigs that were slaughtered while facing the Arc de Triomphe. But I live in Hackney: France has Culture; we have multicultures. In Ridley Road market halal butchers are in plentiful supply.

So while my friends’ dietary requirements did not unleash a moral panic, they did pose a challenge. My culinary repertoire is limited, and my go-to dish is bacon-infused macaroni cheese. As I went down my short list of alternatives – shepherd’s pie, salmon, chicken with lemon pearl barley, cauliflower cheese (the jury’s out on whether that constitutes a main course, but I’m not proud), it dawned on me that the real threat to social cohesion comes from vegans.

I settled on plaice coated in breadcrumbs and parmesan – which should be served at Nobel prize ceremonies, since two weeks later I was also able to serve it to a kosher fishetarian. Satisfied with the menu, my guests had but one more question – should they bring red wine, white wine or beer for this halal meal?

The University of Gloucestershire, it turns out, is primarily in Cheltenham. Had I known that when I bought my ticket to give a talk there recently I wouldn’t have booked myself on a train to Gloucester. My university host told me not to worry: “Gloucester’s only 10 minutes away and the train stops at Cheltenham first,” he said.

This seemed reasonable. Since the train was stopping before the station I’d bought the ticket for, I figured there’d be no harm done. I’d be using less train – saving them money, really. Cheltenham’s ticket collector didn’t see it like that. I was in breach of “the terms and conditions [I] agreed to”, she said, making it sound like a subprime mortgage.

“I know,” I said. “That was a mistake. I’m just not quite sure why that matters. Do you want me to go the extra 10 minutes out of spite?”

She did. The barriers remained closed. “So what do I do now?” I asked. The train I had a ticket for had gone. I was ticketless in no man’s land. I wondered if I could claim asylum on platform two. Point made, power exercised, she had little further use for me. Contempt intervened where empathy could not: the barriers sprang open without a word.

I’ve never really been one for brunch – breakfast or lunch: pick a side. But like the House of Lords and the US electoral college, I recognise it as a fact of life one has to navigate. That’s particularly true on Sundays in Chicago, when the challenge was to get there before the church crowd. They would emerge suited, booted, ravenous and en masse, blessing their pancakes and wiping out supplies of French toast before you could say Deuteronomy. If they beat you to it, “it” was gone.

In Hackney, I’m told, the sweet spot is between the early risers (who work up an appetite doing Pilates or jogging into the sunrise) and the hangover people (who dance, drink or shag their way past dawn – maybe, if they are lucky, all three).

Miss that slot and you have to queue with the virtuous or the hedonistic, while reflecting on how your life could and should be so different if only you’d got it together – a state of mind, I imagine, not too dissimilar to that of the church crowd I was so eager to avoid several thousand miles away.