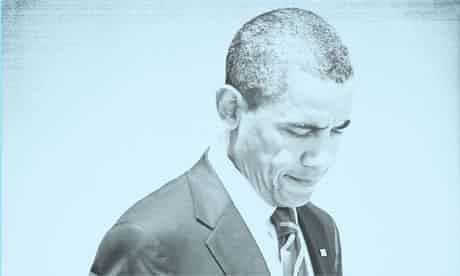 How Barack Obama went from cool to cold
The Guardian,
Photograph: guardian.co.uk

In June 2002, during a budget crisis in Illinois, a state senator from Chicago's West Side, Rickey Hendon, made a desperate plea for a child-welfare facility in his constituency to be spared the axe. A junior senator from Chicago's South Side, Barack Obama, voted against him, insisting hard times call for hard choices.

Ten minutes later Obama rose, calling for a similar project in his own constituency to be spared, and for compassion and understanding. Hendon was livid and challenged Obama on his double standards from the senate floor. Obama became livid too. As Hendon has told it, Obama approached him, "stuck his jagged, strained face into my space", and said: "You embarrassed me on the senate floor and if you ever do it again I will kick your ass."

"What?" said an incredulous Hendon.

"You heard me," Obama said. "And if you come back here by the telephones where the press can't see it, I will kick your ass right now."

The two men vacated the senate floor and, depending on whom you believe, either traded blows or came close to it.

This is a rare tale of Obama both directly facing down an opponent and losing his cool. But during the past year many of his supporters have wished he would show such flashes of anger, urgency and passion more often (if perhaps a bit more focused and less macho and juvenile). He campaigned on the promise to transcend the bipartisan divide; many of his supporters would like to see him stand his ground against his Republican opponents. Having praised his calm-headed eloquence, some would now like to see more passion.

The presidency is not just the highest office in the land. It is in no small part a performance. To some extent Americans look to their president to articulate the mood and embody the aspirations of the nation, or at the very least that part of it that elected them. Presidents are not just judged on what they say and do but how they say and do it. It's not just what they achieve but how they are perceived, to the point where image trumps reality. Ronald Reagan raised the debt ceiling 17 times, ballooned the deficit, reduced tax loopholes and tax breaks. But he remains the darling of the Tea Party movement because he talked their talk, even if he didn't walk their walk.

With his soaring rhetoric and impassioned oratory Obama performed brilliantly as a candidate. But in office he has come across as aloof at a time of acute economic pain and insufficiently combative when faced with an increasingly polarised political culture. The former academic is regularly accused of taking too professorial a tone: talking down to the public rather than to them.

"Americans would like their president to be sick and needy," explains James Zogby, head of the Arab American Institute and executive member of the Democratic Executive Committee. "Bill Clinton would shake literally tens of thousands of hands every Christmas. Each person he'd meet would say: 'I think he remembered me.' Obama doesn't like to do it. No real person would like to do it. And therefore he doesn't do it. And people resent that. They want their president to really need them. He doesn't. He's OK, he's relaxed, cool, calm. I'd love him to call me up like Clinton would … people like that, he doesn't need it." 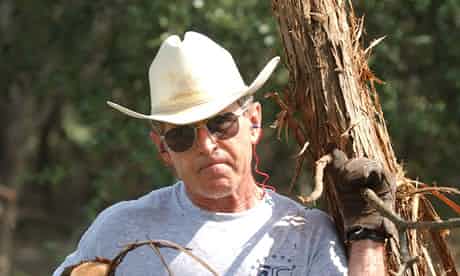 But come election day next year he will need them. And with his approval ratings languishing in the low 40s, it looks as though they might not be there for him.

There are two particular areas where most commentators and the public feel that Obama has fallen short. The first is the economy. Poverty and repossessions are at a record high, the Dow keeps tanking, the deficit keeps growing and unemployment remains stuck at around 9%. Yet the man who recalled Martin Luther King's evocation of "the fierce urgency of now" on the campaign trail has struck few as being either fierce or urgent as the nation teeters on the brink of another recession.

"You get the sense that this president, while intellectually engaged, is not emotionally engaged with what the American people are going through," says Michael Fletcher, the Washington Post's economics correspondent. "People want to feel there's someone out there fighting their corner even if that person doesn't win."

Charlie Cook, one of Washington's premier political analysts, believes there's only so much Obama can do at this stage. "I think the problems are more objective," he says. "Yes, he tends to lecture and tends to be professorial. I think that's a problem, but I don't think it's the problem. I think eloquence only gets you so far. I think the emphasis was on going on television and trying to explain his agenda, to the point now where I think if the American people haven't hit the mute button their finger is very close to that button where they just don't listen any more. If things get better, we'll re-evaluate, but right now – we're not listening."

Drew Westen, academic and author of The Political Brain, thinks they would listen if Obama changed the pitch. "What Americans really needed to hear from Barack Obama was not only I feel your pain, but also I feel your anger. And he's a person who just doesn't do anger. And if you can't be angry when Wall Street speculators just gambled away the livelihoods of eight million of your fellow citizens then there's something wrong with you."

The other area is that the Tea Party leads the opposition that is now calling the shots within the Republican party. Here, whether on negotiations about the debt ceiling or the budget, Obama generally starts talking tough only to draw a line in the sand, erase it and then keep conceding ground to his opponents until they get most of what they want. Westen believes the end result is to give a sense of a man of little conviction. "Like most Americans, at this point, I have no idea what Barack Obama – and by extension, the party he leads – believes on virtually any issue."

Since his jobs speech in early September, he has taken to confronting Republicans more directly and using the bully pulpit to go over the head of Congress to rally the public behind tax hikes on the wealthy as part of a second wave of economic stimulus. It is unlikely he can have much effect on the economy between now and election day apart from persuading people that it was not his fault, but that of the intransigent Republicans. But Bush showed that, on some levels, intransigence works – even if nothing else did.

"From the Bush White House you got a more consistent message," says Fletcher, who covered both administrations. "Maybe there was less intellectual honesty, but you got a consistent, firm, very clear message. When Obama speaks, the other side always has a point, both sides are to blame. It's almost as if he's observing his presidency from outside of his presidency."

In 2008 this was to Obama's advantage. The fact that he was intellectual, consensual and measured contrasted well with the shortcomings of his predecessor. "One of the things that made Obama attractive to many Americans was a Bush hangover," explains Bruce Riedel, a senior foreign policy fellow at the Brookings Institution who has advised the last three presidents on issues relating to the Middle East and south Asia. "There was a sense we'd had too much shoot from the hip, or shoot from the lip, that that had got us into two wars and the economic depression that we're in. They wanted a more cerebral president who thought ahead rather than plunged in. Two years ago, that cerebral look seemed cool to many Americans. Two years later it seems cold. I think there are moments when Americans want a very black and white situation, and they want to cut to the chase, and Obama needs to reach beyond his natural personality to get there." 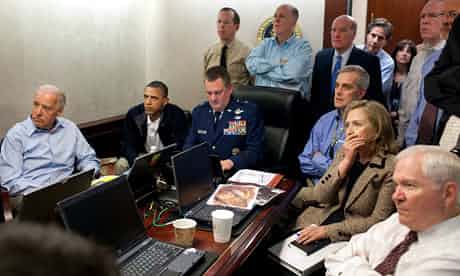 Salim Muwakkil, a Chicago-based journalist, thinks in times of crisis Americans value impulsiveness in a leader. "Isn't that part of the American myth?" he asks. "We don't get stuck in the paralysis of analysis. We strike out when we see the wrong. Bush embodied that, Reagan had a bit of that. These times are calling even more for that kind of quality."

This might be easier said than done. Not only does Obama have to perform the role of president, but also that of the first black one. Whatever detractors thought of Clinton or Bush Jr, they never accused them of not being born in the United States or secretly belonging to another faith. Part of his ostensible "post-racial" appeal as a candidate was the paradoxical claim that he did not scare white voters too much. Before the election Senate leader Harry Reid privately said his chances were good because he was a "light-skinned" African American "with no Negro dialect, unless he wanted to have one".

If these were the criteria for success, would the US really want an angry black man with the codes to the nation's nuclear arsenal? Muwakkil, who has known Obama for several years, believes the president may have overcompensated. "I think he's brought an element of calm serenity to the office in a way that others have not done. In some ways it's the epitome of the cool style. Almost ironically it's a stereotype. It's like the pimp from Iceberg Slim. The guy who was not perturbed by anything. Murders would happen in his vicinity and he'd carry on as if nothing happened."

At certain moments this style has paid off. When Osama bin Laden was assassinated, for example, Obama performed the commander-in-chief role in a manner that most Americans thought was pitch perfect. "You wanted cold, calculating; you got cold, calculating," says Riedel. "He coldly calculated the odds of whether Osama bin Laden would be in that villa – they were about 50/50. He coldly calculated that we would probably never get odds as good as 50/50 and so he went forward. It was a careful assessment of risk and opportunity."

After a gunman opened fire in Tucson, Arizona, earlier this year, killing six and injuring several others, including congresswoman Gabrielle Giffords, he managed to weave a more hopeful tapestry of the US's political future from the tragedy, leaving his detractors looking petty and insubstantial.

Nevertheless, while he has mostly sung on the stump, he has stuttered in power. This inability to connect was exemplified last September during a televised town hall meeting when Velma Hart, a black woman – the demographic bedrock of Obama's electoral base – expressed her frustration with his presidency. "I'm exhausted. I'm exhausted of defending you, defending your administration, defending the mantle of change that I voted for, and deeply disappointed with where we are right now."

Obama acknowledged hard times but went on to answer with a laundry list of achievements that failed to address the underlying tone of disillusionment in the question. A few months later Hart lost her job. "Here's the thing," she told me recently. "I didn't engage my president to hug and kiss me. But what I did think I'd be able to appreciate is the change he was talking about during the campaign. I want leadership and decisiveness and action that helps this country get better. That's what I want, because that benefits me, that benefits my circle, and that benefits my children."

"Do you think he's decisive?" I asked her.