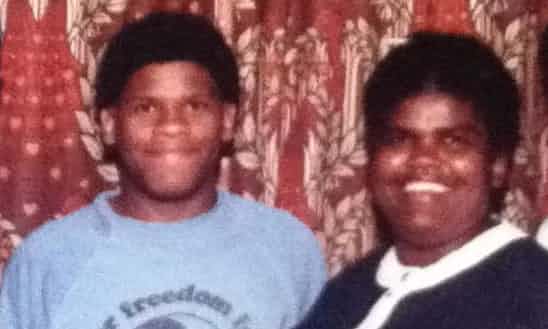 Lessons I learned about life from my mother’s early death
The Guardian,
Photograph: Gary Younge

As gifts go, I would have done anything to return it. To turn the clock back and not have received it. To have lived my life without it. But fate would have it otherwise. So on a balmy day in Edinburgh in late May 1988, as I shuttled between the university library and anti-apartheid meetings, came the news that my mother, who had raised me on her own, had died. At 44, her death was both sudden and unexpected. She was supposed to be coming up to see me the next day. At 19 I was both bereft and bereaved. Naturally, the “gift” in this loss was not immediately apparent. I spent the next few years going through the motions, turning days into weeks and weeks into terms. Time may be a great healer, but those palliative qualities are rarely evident in real time. However, as I emerged from the numbing sense of isolation I realised that my mother’s life had taught me three valuable lessons I would probably never have learned without her untimely death.

The first is that life is short and precarious. By my early 20s I had been cruelly disabused of the notion that the young live for ever. I was left with a sense that my time on this planet was finite. That made me driven in a way that had precious little to do with conventional ambition. I just felt very keenly that I could die at any time. To some this is scary. I found it liberating. It liberated me from relationships that were toxic, “opportunities” I had no interest in and myriad journeys, both literal and metaphorical, that I did not want to take. At a relatively early age, I felt the urgency to be a protagonist, rather than a passive recipient, in my own life.

You only get one life, and while it might be short, it’s long enough to make a difference

The second is that you only get one life, and while it might be short, it’s long enough to make a difference. My mum crammed a lot into those 44 years. She’d raised three kids, fostered two more, migrated to a different continent, trained as a nurse, retrained as a teacher, and was a community activist. She taught numeracy and literacy at night school and Asian women English on Saturday mornings. She was a strident, working-class black lady in a world that has never valued those qualities in the same person. I saw her face down policemen, racist neighbours and negligent union officials. These challenges did not provide her with the easiest path in life. But it was her path, and when she’d completed it she could rest easy.

The way in which her death was mourned in my home town, including by some of those very people she’d had cross words with, made me realise why it was important to own your own life. To say what you had to say and do what you had to do in the knowledge that the clock was always ticking and no one else would say or do it for you. That the praise and criticism of others could only define you if you allowed them to. That I had to be myself because nobody else could do that for me.

The third lesson was that you take nothing with you. My mother was raised by her mother, who cut cane in Barbados. She came into the world with little and left with not a whole lot more. For most of our lives, we were broke. Like most who grew up broke, I didn’t want to be broke again. But like many who suffer bereavement, death had tainted my view of material wealth. It just seemed silly to be chasing wealth when you could be chasing experiences.

Later in life all three would become cliches – chocolate-box desidarata for casual conversation. Of course, some people come to these realisations in other ways, while some abide by other, perfectly decent adages. What was different for me was that they came to me from a raw and honest place at such a young age. They did not dawn on me in middle age as the result of a child’s birth, a divorce, financial calamity or a health scare. They came early enough for me to live my life more aware of its limitations and my potential, rather then apply that knowledge retrospectively to make sense of what happened to me.

They have been the lens through which I have made big decisions (work, family, migration) and small (arguments to engage in or avoid, meals to splash out on or forgo, friendships to fight for or let atrophy). My mother’s death has been the most devastating event in my life thus far. But since her mortality was never in my gift, and I could not return it, I took the lessons of her death and used them to live my life.