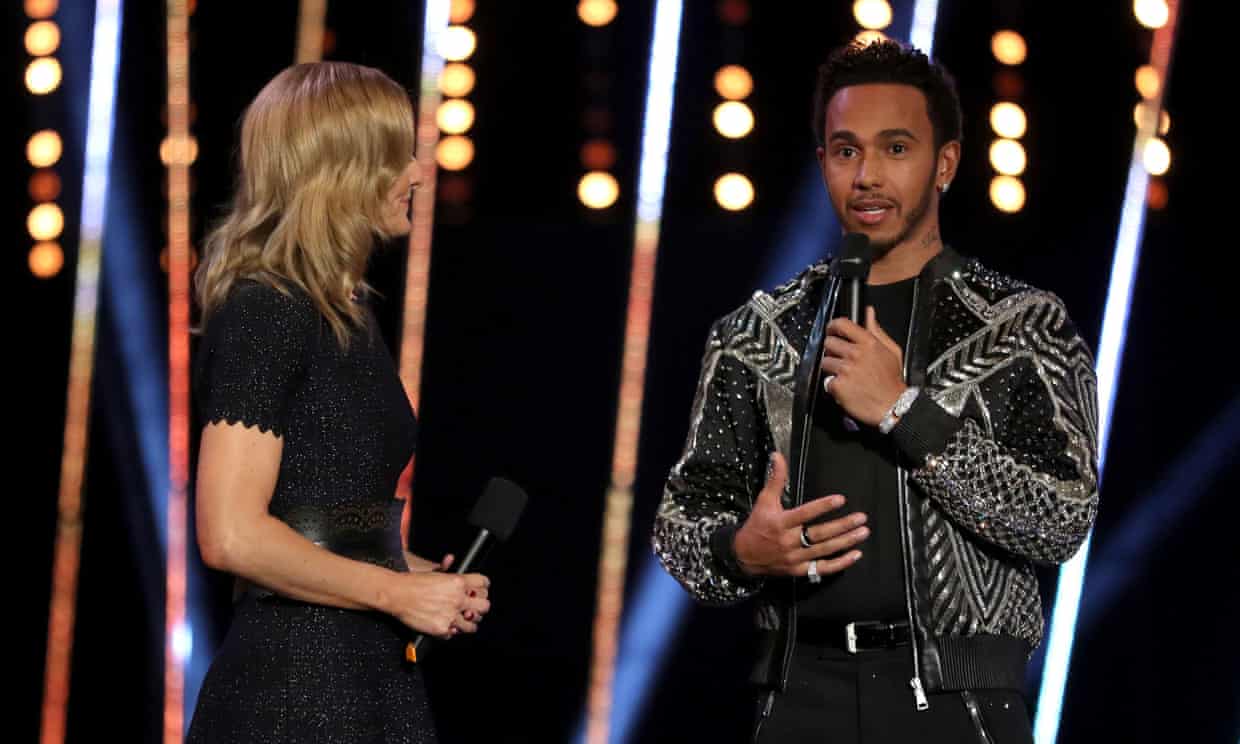 Lewis Hamilton misspoke on Stevenage’s ‘slums’. In fact, this town can teach us a lot
The Guardian,
Photograph: David Davies/PA

Stevenage was not built for speed. With all the confidence of the government and the generation that won a war and created the welfare state and the NHS, those who planned the town resolved that traffic flow would be best managed not by traffic lights but roundabouts. There are close to two dozen of them, making directions from London to the house I grew up in quite straightforward: count six roundabouts off the A1 and then take the first right.

So the idea that the town would produce the Formula One world champion Lewis Hamilton has always been amusing to me because every half a mile or so you have to stop and give way. Hamilton is Stevenage’s most famous son, which made his comments at the Sports Personality of the Year awards on Sunday all the more hurtful to some. Speaking live, Hamilton said: “It really was a dream for us all as a family to do something different. For us to get out of the slums.”

He immediately corrected himself. “Well, not the slums, but to get out of somewhere and do something. We all set our goals very, very high but we did it as a team.” But the offence was out there. Message boards lit up; the mayor expressed her “disappointment”; plans to name a new council complex the Lewis Hamilton Hub are now being questioned.

There is a legitimate grievance here, even if it is blown out of proportion by social media. Stevenage rarely gets national, let alone international attention, and here is its most famous son disparaging it, if only for a moment.

The next day Hamilton said sorry on Instagram. The mayor accepted his “gracious apology”. Here’s hoping that moment has now passed. In an era when the mic is always on, someone is always recording and everyone can publish and distribute, everyone should have the space to misspeak, be corrected, apologise and move on. Everyone must take responsibility for what they say; but no one should be defined solely on the basis of an unscripted comment. There is a lack of generosity when it comes to gaffes that denies human fallibility, the capacity for individuals to grow and for us all to learn something.

And in this moment when our political class is paralysed by its own fecklessness, homelessness is growing, one in five patients waits two weeks to see their GP, and disabled people are having their benefits cut, there’s a lot we can learn from my home town. Because there are no slums in Stevenage. Indeed, that was the point. It was created in 1946 by a government that did not see its purpose as merely survival but as a transformative agent to radically improve ordinary people’s lives. Responding to a housing crisis brought about by the war in particular and inequality in general, it built a town almost entirely of council houses. It was ambitious. “Stevenage will in a short time become world-famous,” said Lewis Silkin, the minister for town and country planning, in 1946. “People from all over the world will come to Stevenage to see how we, here in this country, are building for the new way of life.”

They didn’t. And there is a concrete functionality to the town, roundabouts and all, that many would not have liked if they did. I always felt jealous, as a child, of those who grew up around the natural beauty of the Lake District, the West Country or the Cotswolds (we didn’t have a car, so the charm of some of the nearby villages mostly passed me by) and those who felt a strong sense of attachment to where they lived, whether it was beautiful or not. Stevenage was new. Most of my friends’ parents, like my own, did not come from there. We couldn’t really draw on a local identity because we were busy creating one. 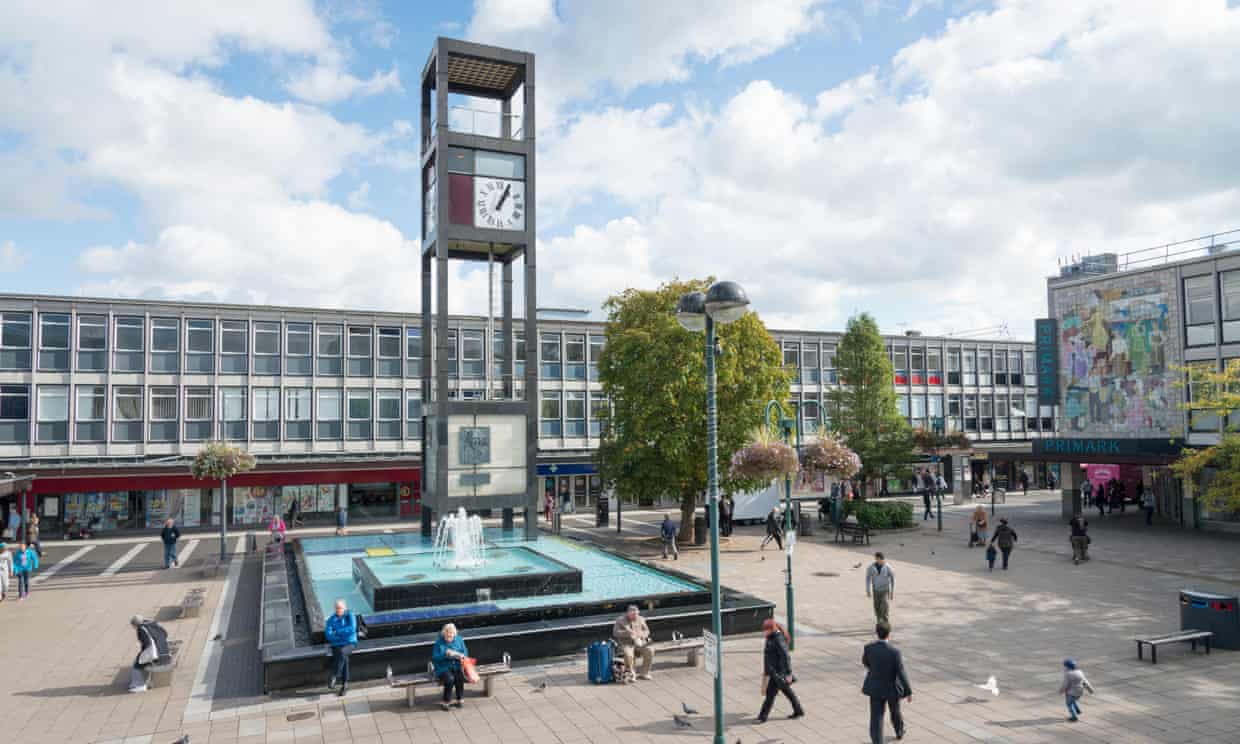 ‘There were no sink estates in Stevenage. The schools were good. It was a working-class town where people could find work. The young could get apprenticeships; the old had liveable pensions.’ Photograph: Alamy Stock Photo

This had some benefits. There was no shortage of racism in Stevenage. But the town simply hadn’t been around long enough for that racism to embed itself institutionally, which is one of the two main reasons why I think it has produced so many successful black people, of whom Hamilton is just one.

Stevenage was also home to the Manchester United and England footballer Ashley Young and the actor Giles Terera, Olivier award winner this year for best actor in a musical for his performance in Hamilton (no relation). It has also had two black mayors and this year saw a black woman appointed to chief inspector of police. This would be pretty impressive in any town of 88,000, but the black community in Stevenage is small enough that we’re mostly talking about one degree of separation. Young went to the same school and was in the same year as Hamilton, whose dad often used to chat with my brother as they commuted to London about how his son was getting on with his go-karting. My brother babysat for Terera, who was godson to my mother, who knew the second black mayor’s parents well and has an award named after her and the first black mayor.

But the other reason is government. There were no no-go areas. No community, categorised by race, place or religion, had been written off. There was poverty; but there were no slums. There was little to nothing you could assume about anyone from where they lived. There were no sink estates. The schools were good. It was a working-class town where people could find work. The young could get apprenticeships; the old had liveable pensions.

If you were young enough or earned little enough you could do college courses for free – as my whole family did. It was integrated in the proper sense of the word. Among the 14 or so families who lived on our row there was a policeman, a dinner lady, a contractor, a couple of painters and decorators, a couple of pensioners and an unemployed couple. Government made that possible.

Of course, if you take government away from a place that owes its existence to government, that will have an effect. Thatcherism was rooted in the notion that there is no such thing as society; Stevenage was founded on the opposite. Over time the underfunding of local councils, the loosening of planning regulations and austerity have taken their toll. When they simultaneously prevented councils from building council houses and allowed people to buy out the council stock, things changed. Stevenage is not the place it was. Few places are.

But in the week that a homeless man was found dead near the Houses of Parliament, it’s important to realise both government’s role and potential, and that those basic social advances we have won can also be lost. Stevenage has no slums. Let’s keep it that way.