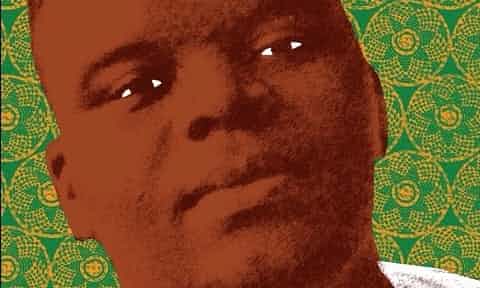 Like Michael Brown in Ferguson, to be poor and black renders you collateral
The Guardian,
Illustration: Dignidadrebelde / Flickr via Creative Commons

There are places in America where young people are not supposed to die. Movie theatres. Schools. College campuses. Their deaths prompt great moral panic if little change.

And then there are areas where they are expected to die. The shooting of a teenager in poor black neighborhoods often earns little more than a paragraph in the local paper. Beyond their communities, their passing prompts little more than a weary sigh. To exist as a working class African-American is to be vulnerable: to live in a poor, black area simply renders you collateral.

“By the numbers,” writes Jesmyn Ward in Men We Reaped, “by all the official records, here at the confluence of history, of racism, of poverty and economic power, this is what our lives are worth: nothing.”

But the law of racial probabilities remains stubborn.

We have been told to be patient while we wait for the facts of Brown’s case to emerge. But facts are not in short supply.

We know that Ferguson police were twice as likely to arrest blacks as whites during traffic stops.

We know that Ferguson is two-thirds black but that its police force is less than 6% black, that its city council is 16% black and its school board is 0% black. This is why scenes from there resemble a community under occupation.

We know that what happened in Ferguson does not contradict what is happening nationally but illustrates it.

We know that three other black men have been killed by police in the US in the last month.

We know that police stopped and frisked New Yorkers more than 4m times in a decade, most of them black and Latino, 90% of them, according to the NYPD’s own figures, innocent of any crime.

We know that black youth do not use drugs at a greater rate than white youth but are far more likely to be incarcerated for drug crimes.

We know that the former New York police commissioner, Ray Kelly, told a state senator that he targeted black and Latino youth “because he wanted to instill fear in them that every time that they left their homes they could be targeted by police”.

We know that the military policing of black communities has been escalating for almost two generations.

“In 1972 there were just a few hundred paramilitary drug raids per year in the US,” writes Michelle Alexander, in the New Jim Crow. “By the early 80’s there were three thousand annual Swat deployments, by 1996 there were thirty thousand, and by 2001 there were forty thousand.”

“You already know enough,” wrote Sven Lindqvist in Exterminate All the Brutes. “So do I. It is not knowledge we lack. What is missing is the courage to understand what we know and draw conclusions.”

The inevitable conclusion is that for all the symbolic ways in which America looks different racially when it comes to matters of substance, it acts the same.

When Barack Obama was contemplating a a presidential run, his sceptical wife, Michelle, asked him what he thought he could accomplish. “The day I take the oath of office,” he said. “The world will look at us differently. And millions of kids across this country will look at themselves differently. That alone is something.”

Many, donning rose-tinted glasses, declared themselves colour-blind and read racism its rights. “There is an old disease, and that disease is cured,” Bert Rein argued before the US supreme court, last year as he successfully persuaded them to gut the Voting Rights Act. “That problem is solved.”

But while America saw racism differently, it did not, apparently, see black people differently.

The racial inequality in unemployment and income remained the same while disparities in wealth grew. And there was the policing. The reign of terror on the streets. The stopping, frisking, shooting and killing.

Which brings us to back Michael Brown. For he may well have seen himself differently when he watched Barack Obama take the oath or take a walk, that balmy November night of his presidential victory in 2012. He may have believed that he could ascend to the highest office or achieve his potential in whatever field he chose. But the police officer who shot Michael Brown did not assume he might be gunning down the future president of America. And so, like so many before him, he couldn’t even walk the streets.

follow on twitter
RT @TalawaTheatreCo: Hey! We're looking for new young trustees aged between 18 and 25. Join us, and help shape the future of Talawa. All d…
RT @RSLiterature: To kick-off our #LiteratureMatters #RSL200 Autumn/Winter events, join @DavidHarewood & @GaryYounge live @britishlibrary t…
RT @gavinesler: The prime minister of the United Kingdom in his own words ….
RT @EuceEsc: We are so excited to announce that during Pitt's #InternationalWeek2021, Gary Younge will be (virtually) delivering the 2021-2…
There are so many wonderful things about this photograph. https://t.co/w46AJycfA1
@DavidHarewood @britishlibrary Can I have your pies?
RT @DavidHarewood: @DavidHarewood /@garyyounge It’s ON! See the heavyweight battle everyone’s talking about! @britishlibrary for ONE night…
@carysafoko @DavidHarewood @britishlibrary Spite. It’s my superpower
Very much looking forward to being in conversation with @DavidHarewood at the @britishlibrary in London on October… https://t.co/ccIdLj0jU8
RT @typemediacenter: For @BritishVogue's September 2021 issue, Type Fellow @garyyounge spoke with the Barbados Prime Minister @miaamormottl…
© Gary Younge. All Rights reserved, site built with tlc
Where can you buy cialis Buy discount vardenafil Antabuse buy Tadalafil online us How to get a cipro prescription from your doctor Buy valtrex online with free samples Buy sildenafil generic online