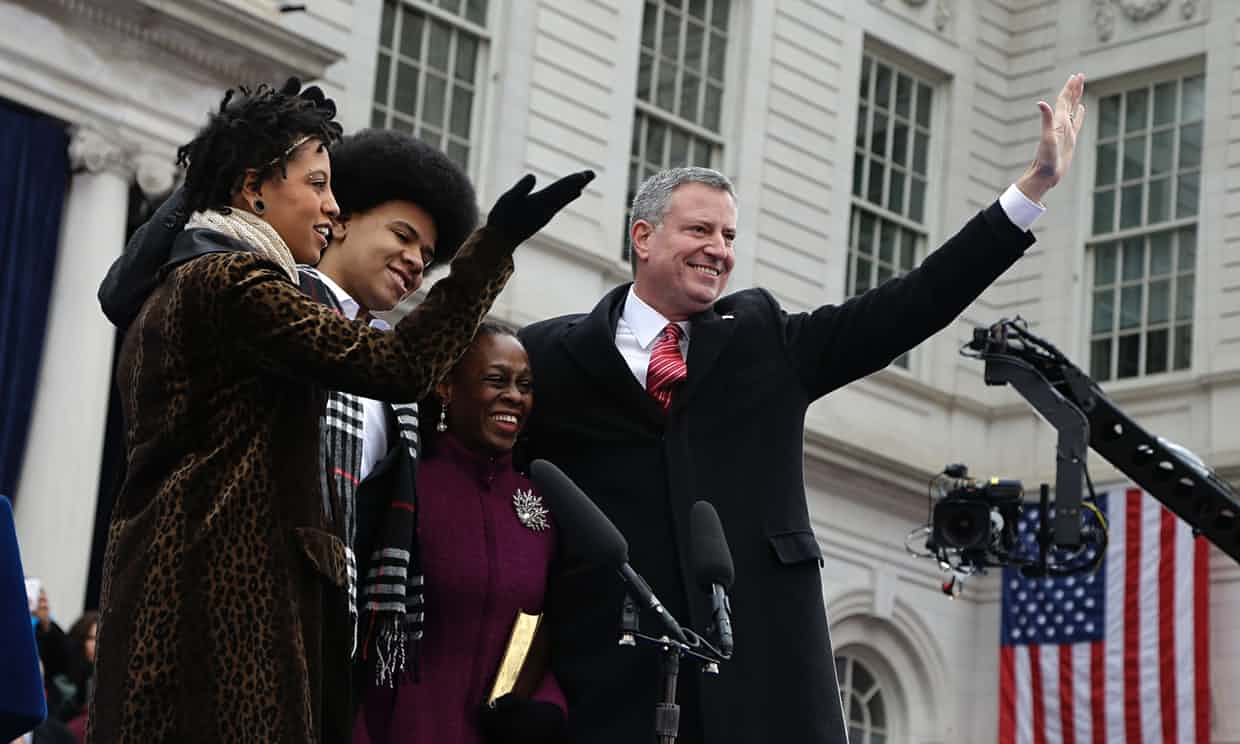 Tales of the cities: the progressive vision of urban America
The Guardian,
Photograph: Seth Wenig/AP

After Bill Clinton was elected president in 1992 one of his key aides, Rahm Emanuel, sat in the campaign’s favourite restaurant in Little Rock, Arkansas, venting his frustration at those who had tried to stand in their way. He would call out a name, ram his steak knife into the table and, like Bluto in Animal House, shout “Dead!” Then he would pull the knife out and call another name and stab the table again.

Heaven only knows what damage he does to the furniture when he mentions Karen Lewis’s name. Emanuel, who was Barack Obama’s chief of staff, is now mayor of Chicago. Lewis is the head of the Chicago Teachers Union who got the better of him after leading the teachers in a strike two years ago. The two genuinely despise each other. When Lewis took on Emanuel over lengthening the school day, he told her: “Fuck you, Lewis!”; during the strike Lewis branded him a “liar and a bully”.

Now Lewis is seriously considering running against Emanuel for the mayoralty next year. People are wearing buttons urging her candidacy and setting up Facebook pages to support her. When she showed up at a civil rights conference two months ago the crowd cheered “Run, Karen, run!”

She could win. A Chicago Sun Times poll last month gave Lewis a nine-point lead with 18% undecided. Other polls have Emanuel in front by a similar margin. But between them a general picture emerges. The situation is volatile; Emanuel is vulnerable and Lewis is viable.

Beyond the idiosyncrasies of the case, the possibility that America’s third largest city might elect a union leader over an establishment Democrat marks a broader national shift towards progressive city politics. Across the country, from New York to Seattle and Boston to Pittsburgh, municipal authorities are swinging left. As Harold Meyerson argued in the American Prospect: “The mayoral and council class of 2013 is one of the most progressive cohorts of elected officials in recent American history... They are, in short, enacting at the municipal level many of the major policy changes that progressives have found themselves unable to enact at the federal and state levels. They also may be charting a new course for American liberalism.”

The organisational and electoral bases of these campaigns are virtually the same as those that propelled Obama to victory – trade unions, minorities, young people (particularly young women) and liberals. And they are promising what Obama has been unwilling or unable to deliver. They are trying to raise the minimum wage, introduce green technology, create affordable housing, levy money from the wealthy to fund universal childcare and rein in their police departments from racist excess. These are bold plans and, for the most part, they are acting on them. Bill de Blasio, the mayor of New York, has described the city as a “laboratory” for New Deal-style reforms. In reality these initiatives are more like local triage against the wounds of over a generation of stagnant wages, neoliberal reform and the class and racial polarisation that comes with them – all of which were further aggravated by the most recent economic crisis. It looks like the New Deal only because so many Americans have been getting such a bad deal for so long. Local, populist and redistributive, they owe more to the Occupy movement of 2011 of which they are the most logical, likely corollary. Their agendas, of course, are far less ambitious. But they share a trajectory.

As such, the ramifications go beyond the local. Public imagination when it comes to political geography is skewed. People think in terms of red and blue states, but the real distinction is between town and country. With just a handful of exceptions, every city of more than 500,000 inhabitants votes Democrat; in all of the 10 largest cities in America white people are a minority. More than two-thirds of Obama’s lead against Mitt Romney in 2012 came from the three largest US cities – New York, LA and Chicago, and their surrounding areas. It’s not difficult to see why. People come to cities to escape isolation and find opportunity. So cities become home to a disproportionately large number of gay and lesbian people, immigrants and religious minorities. To function they demand social tolerance and public investment for everything from transport to parks.

Cities are where the overwhelming majority of the Democratic base lives. The increasingly pronounced inequalities of race and class, the impact of neo-liberal school reforms and general disinvestment in social capital have hit all but the very wealthy hard. Anyone seeking the presidential nomination would be a fool to ignore this.

Lewis, like De Blasio before her, is touting a “tale of two cities” theme, calling not just for greater equality but a more liveable city. She’s talking like a candidate even if she has yet to confirm her candidacy. There is much to weigh.

Chicagoans have not taken to Emanuel. His notoriously abrasive manner and high-handed, confrontational approach grates. His predecessor, Richard Daley, was embraced as an authentic Chicagoan with no ambitions beyond the city, even if he came across in public as a monosyllabic dolt. Emanuel has acted – wilfully it seems – like a polarising product of Washington, slick and insensitive.

Lewis has made her fair share of enemies too. But she is a populist who as a former standup comedian has a better feel for her audience. She also cuts an intriguing figure. She’s an African-American woman who recently converted to Judaism. She studied music in college, has a master’s degree in film, and taught chemistry in high school.

Lewis has intensity. Those who follow her – and there are many – will go all out and all the way. But Rahm’s speed dial has bling. When he ran four years ago, he would hang up on donors who’d sent him $5,000, saying he was embarrassed to accept such cheques from people who could easily afford $25,000. Lewis will give Rahm a run for his money. She’ll have to: Emanuel has an awful lot of money. And while progressive voters do get the final word, it won’t be before corporate sponsors have had their say.