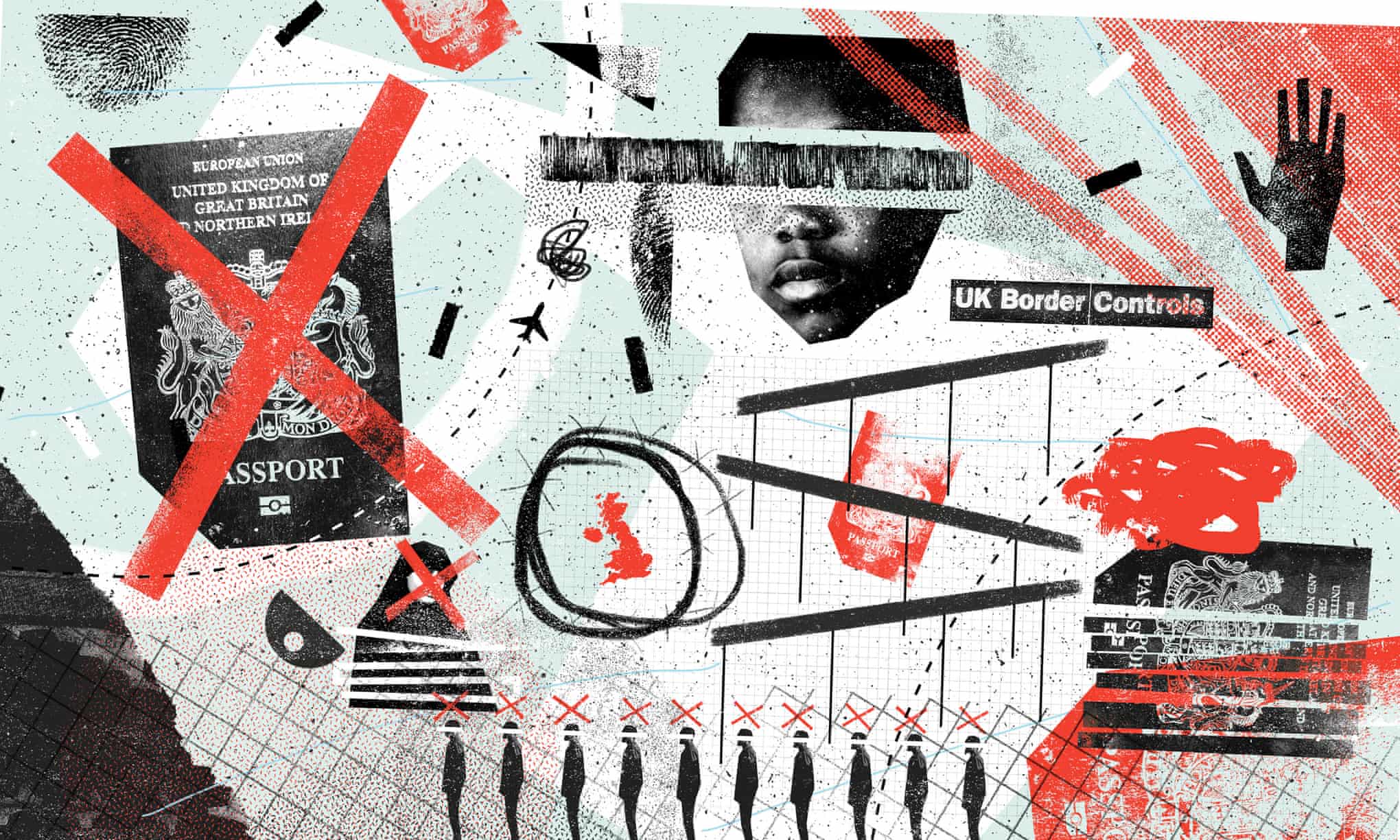 Shamima Begum has a right to British citizenship, whether you like it or not
The Guardian,
Illustration: Nate Kitch

When I was 16 I stopped off in Holland, during a camping holiday with a friend. We bought as much marijuana as we could and smoked it all in an afternoon. Sat behind a housing estate in the border town of Nijmegen, we giggled, rambled and lay around until the local police came. They took us back to the campsite (we found the fact that they spoke Dutch hilarious), where we were asked for our passports and train tickets. They already had our number: a couple of idiots out of their minds and out of their depth. They told us to get on the next train in the direction of the port. We’d stopped laughing by then. We went home.

Adolescents do stupid things. Often they know they are stupid at the time

Adolescents do stupid things. Often they know they are stupid at the time. But what’s stupid is often also exhilarating, particularly when the consequences are either not known or have not even been fully considered.

Shamima Begum, from Bethnal Green in London’s East End, did something extraordinarily stupid and extremely dangerous when she was 15. She, and two girl friends from school, told their parents they were going out for the day, and went to Turkey and joined Islamic State instead. Shamima lived in Raqqa, married a Dutch convert, had two children, both of whom died, and got pregnant with a third. She left Raqqa when it fell, saw her husband surrender to Syrian fighters and now sits in a refugee camp with her newborn son. Still only 19, Begum says she wants to come home to Britain. The home secretary, Sajid Javid, has revoked her citizenship. He has said she cannot come home because she is no longer British and that she should instead go to Bangladesh, where her parents are from. She has never been there; Bangladesh says it won’t take her.

A couple of weeks earlier Javid successfully deported several people to a country many did not know, according to David Lammy MP. A plane to Jamaica chartered by the Home Office left with 29 people on it. Of the more than 50 originally scheduled to go, 13 came to Britain as children, 11 had indefinite leave to remain and one had a British passport. Between them they would leave 36 children behind. Javid claims they had all committed serious crimes. One, who came to Britain when he was 14, had been convicted for dangerous driving. Among several to receive a last-minute reprieve was an ex-soldier; another had applied to remain under the Windrush scheme.

While the issue of Begum’s return, the Windrush scandal and the plight of these Jamaican deportees appear quite different, they in fact centre on the same two questions: what does it mean to be a citizen of this country? And how easily can the rights of citizenship be withheld? Evidently, the weight of the response and the burden of proof fall more heavily on those who are black and brown, whether we were born here or not.

Equal access to justice, regardless of race, has always been an issue when it comes to British citizens. But the right of British citizens to actually exist here, regardless of their race, has never felt more contingent. For those of us whose parents hail from elsewhere, our right to be here seems to depend on anything from what we think to whether and how we transgress. We must prove good character not to get here but to stay here.

Javid’s claim that allowing Begum to return might compromise public safety is not completely baseless. In August an 18-year-old woman was convicted of plotting to bomb the British Museum, along with her mum, sister and a friend.

Begum does not seem particularly remorseful. She said she knew what Isis did, including beheadings, and wasn’t troubled by it. “From what I heard, Islamically that is all allowed, so I was OK with it.”

In another interview she said: “When I saw my first severed head in a bin it didn’t faze me at all. It was from a captured fighter seized on the battlefield, an enemy of Islam.” It appears she doesn’t want to return because she now thinks joining Isis was wrong, but because Isis has, for now, been defeated and she wants her baby to survive. But the home secretary’s case is hardly watertight either. Begum has expressed regret. She said: “I was hoping Britain would understand I made a mistake, a very big mistake, because I was young and naive.” Of Isis-controlled Raqqa, she has remarked: “There was so much oppression and corruption that I don’t think they deserved victory.” We don’t know if she fought, but given that she had three children in four years it’s reasonable to guess she didn’t. She now says all she wants is a “quiet life with her baby”.

The risks are as much a test for us as they are for her. The notion that Britain could not handle her, could not show her a better future, could not try her, convict her, reorient her or support her, is worse than pathetic. Far from making Javid look strong, it manages to make Britain look both callous and weak. A government that thinks it can take on the world with Brexit can’t take back a bereaved teenaged mother with fundamentalist delusions.

Moreover, the risk does not obviate two crucial facts in this case. First and foremost, she is a citizen. That means something. Or at least it should. Citizenship is not about character. It is not about risk or regret. It is about rights and responsibilities. That’s as true for Stephen Lawrence’s killers as it is for Begum or the victims of the ongoing Windrush scandal. It applies to everyone who qualifies or it does not apply. It is not a status to be trifled with in cavalier fashion for the momentary advance of a political career. Whatever the prime minister feels about “citizens of the world”, the state should not be actively in the business of creating citizens of nowhere. A home secretary should know this, not least because last year his own department produced a report that presaged almost precisely Begum’s situation. Imagining the government response if a British woman flees Isis-held territory with a newborn baby, the Home Office report suggests “a police investigation”, assistance “reintegrating into society”, “sessions with a specially trained deradicalisation mentor” and “appropriate measures” to “safeguard the child’s welfare”. Nowhere does it mention stripping her of her citizenship.

Second, when Begum went to Syria she was a child. She must take personal responsibility for what she did. But our society understands that we have collective responsibility for children – it’s why we have child services and youth courts. We, as a society, should in some way be held accountable for how a 15-year-old girl went from watching Keeping Up With the Kardashians to joining a terrorist cult in a war zone. Begum was 15 when she did a reprehensible thing; Javid is 49. What’s his excuse?