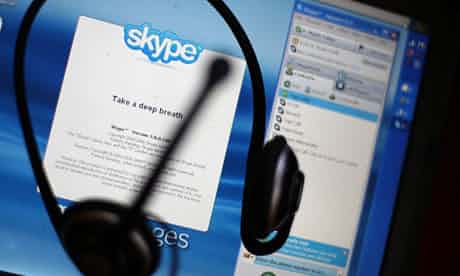 While having a meal with his wife in his home town of Utica in 2007, the pollster John Zogby struck up a conversation with his 20-year-old waitress about privacy, social networking and YouTube. He asked what limits she set on what she would reveal online.

"My boobs," she said. "but only on Halloween, and only for my friends."

"Well," answers Zogby, in account from his book The Way We'll Be. "I'm your friend today, but tomorrow I might not be. Can you stop me from sharing your, um, breasts, with the rest of the world, or with the company you're hoping will hire you?"

"No," she replies, "but so many of us do this in one form or another that employers are just going to have to adjust or they won't have anyone to hire."

As Spring Break draws to a close, the question of what belongs in the public realm and whom it affects becomes agonisingly pertinent to thousands of undergraduates across the country. Spring Break is the annual, formal Bacchanal: the riotous, alcohol-drenched recess that launches scores of "Girls Gone Wild" videos, clogs toilets with condoms and beachside boardwalks with vomit and updates millions of Facebook pages.

But five years after Zogby's conversation, people seem to be recalibrating their limits. A report in the New York Times last month suggested an inhibition descending on Spring Break this year. "They are very prudish," said one bartender in Key West. "They are so afraid everyone is going to take their picture and put it online. Ten years ago, people were doing filthy, filthy things, but it wasn't posted on Facebook." It's a shame they are not having as much as they did or would like to (I'm assuming here that "filthy" is also fun), but if the price for having "filthy fun" is that it is broadcast to anyone who wants to see it, and many who don't, then it's clearly not a price worth paying.

Increasingly, however, it feels as though those limits are being constantly breached, either voluntarily, accidentally, by force or by cunning. With blogs, tweets, webcams, Facebook and YouTube, there is always a mic or camera somewhere and it is always running. Our personal diaries have become an open book. The era in which we might reasonably expect to enjoy a conversation that is both discrete (separate, apart and autonomous) and discreet (cautious, unobtrusive and delicate) has passed. For the moment at least, we are all living our lives in public.

The personal fallout from all of this is clear and go beyond mere embarrassment. Take Tyler Clementi, the 18-year-old Rutgers student who committed suicide after his roommate, Dharun Ravi, set up a camera in his room to watch Tyler in a gay sexual encounter. Later, Ravi would try the same again and tweet about it to his 150 followers. In the past, such homophobia would have gone no further than malicious gossip – vicious, hurtful and wrong, certainly. But in all likelihood, it would not have been as devastating to Clementi's self-respect – and possibly with less fatal consequences. Throughout the western world, teenagers – particularly, young women – are routinely humiliated by having their indiscretions recorded and sent out to the world.

But there are political ramifications, too, even if the consequences of these are less clear-cut. On the one hand, it forces elites out into the open where their deliberations and pronouncements might be judged against their actions. There are clearly benefits to this. The truly awful thing about the incident between then UK Prime Minister Gordon Brown and Gillian Duffy shortly before the last election was not just that he referred to her as "that bigoted woman" when he was in his car and didn't know the microphone was on. It was that only minutes before, he had told her she was "a very good woman [who had] served the community" when he did know they were on. That gave credence to the popular perception that the political class held voters in contempt. The problem wasn't that he got caught, it was that he did it in the first place.

Left there, however, and what we have is not more openness, but more gaffes. Obama and Sarkozy deriding Binyamin Netanyahu, and Obama blabbing his post-election strategy for Russia, or Tony Blair's cringeworthy "Yo, Blair" encounter with George Bush at the G8. Entertaining and illustrative, certainly, but rarely more than that.

But on-mic embarrassment is not the whole story: the revelation of serious information that our rulers would rather we did not have can be compelling. WikiLeaks provides a good example. By redistributing information from the US government to the world, it gave the public an unprecedented insight into US diplomacy. Interestingly, most of what it revealed we might have guessed. But once it was out there, it was difficult for officialdom to deny it and one could argue that these were not their secrets to keep. When the Arab Spring began, for example, the leaks provided a useful route map to both Washington's strategy and the internal cleavages within some of those countries' elites.

So far, so good. But there is a price we pay for this exposure that more than rivals the regretful blushes of a bare-breasted waitress at Halloween. The net effect will also be that, in future, US diplomats will be less forthright in offering honest opinions to their bosses for fear those opinions might one day be leaked and create an incident. So, by leaking confidential diplomatic correspondence, there is a chance of exposing hypocrisy – but that chance comes with the certainty of inhibiting open, private discussion. This endangers the kind of back-door discussions that made everything from the Northern Ireland peace process to the release of Nelson Mandela possible in a way they would not have been had everything been on display.

Moreover, for all the talk of openness, what we post we do not necessarily own. We are often handing over information about ourselves and our friends to corporate entities and advertisers, which can end up in the hands of a state that is interested in anything but openness. In Britain, the government is about to introduce legislation that would give the police and intelligence officers the right to trawl our Facebook pages, Twitter accounts and Skype interactions.

Whether personal or political, the problem with the very public lives we now all live is essentially the same. People generally arrive at positions through trial, error and experimentation. They mature by making mistakes and learning from them. But if you feel the mic is always on, you're far more likely to do something anodyne for the record than think of something creative and take risks for all to see. The power to transmit amplifies not just the audience, but the consequences.

Less filth. Less fun. Less candour. We are experiencing the Hawthorne effect, in which studying behaviour alters the behaviour itself, writ large. And while greater transparency may be one of the main outcomes, greater inhibition is no less so.

To a large extent, this is a problem of our own making. Our personal diaries are, in no small part, an open book because we open them. We put details about ourselves out into the ether that often forfeit our right to privacy. It is now not uncommon to see relationships disintegrate in real time as long-term partners air grievances openly online.

The personal, the private, the privileged and the confidential no longer really exist. The stories we would otherwise choose not to share are no longer ours to keep; the conversations we hope will go no further may just keep traveling. A remark may be off-the-cuff or off-the-top-of-your-head – but nowadays, you must always assume it's on the record.

follow on twitter
RT @MCRSociology: Gary Younge discusses identity politics and America with Will Hutton in this episode of @thewesocietypod https://t.co/72…
RT @mart_welton: Congratulations to all those getting their A-level results today. If you have BBB at A-level or above you can still apply…
RT @BernardineEvari: Please follow the groundbreaking online #MuseumofColour UK, founded by the unstoppable Samenua Sesher. The 1st gallery…
RT @EthnicityUK: Gary Younge is interviewed by @sonikkalogan about his work on racism and gun violence in @the_hindu #DataPoint podcast. h…
RT @thefreedomi: 🚨 NEW: Saudi women’s rights activist & academic Salma al-Shehab was sentenced to 34 years in prison + 34 year travel ban f…
RT @LRB: #DawnFosterForever! On Thursday 15 September at the @LRBbookshop, @BizK1, @piercepenniless, Lynsey Hanley and @garyyounge will d…
RT @ShowunmiV: This is how we support Black women and girls https://t.co/8YmgV21zHo
RT @sonikkalogan: It's #DataPoint Pod Thursday! In this week's episode, I talk to @noraneus, @garyyounge and @Casey_J_Wooten about the U.S.…
RT @bgnoiseuk: Next month, @LRBbookshop will host an event to celebrate the life and work of Dawn Foster with @BizK1, @piercepenniless, Lyn…
Help me Twitter. The quote: ""You can cut all the flowers but you cannot keep Spring from coming." is most commonly… https://t.co/Xs7JkiOEd5
© Gary Younge. All Rights reserved, site built with tlc
Purchase flomax How do i get albenza Where can you get cipro Cephalexin best price Buy protonix Generic samsca cost How much does trandate cost per pill Voltaren gel diclofenac sodium topical gel price Buy cardizem online canada Online exelon prescription