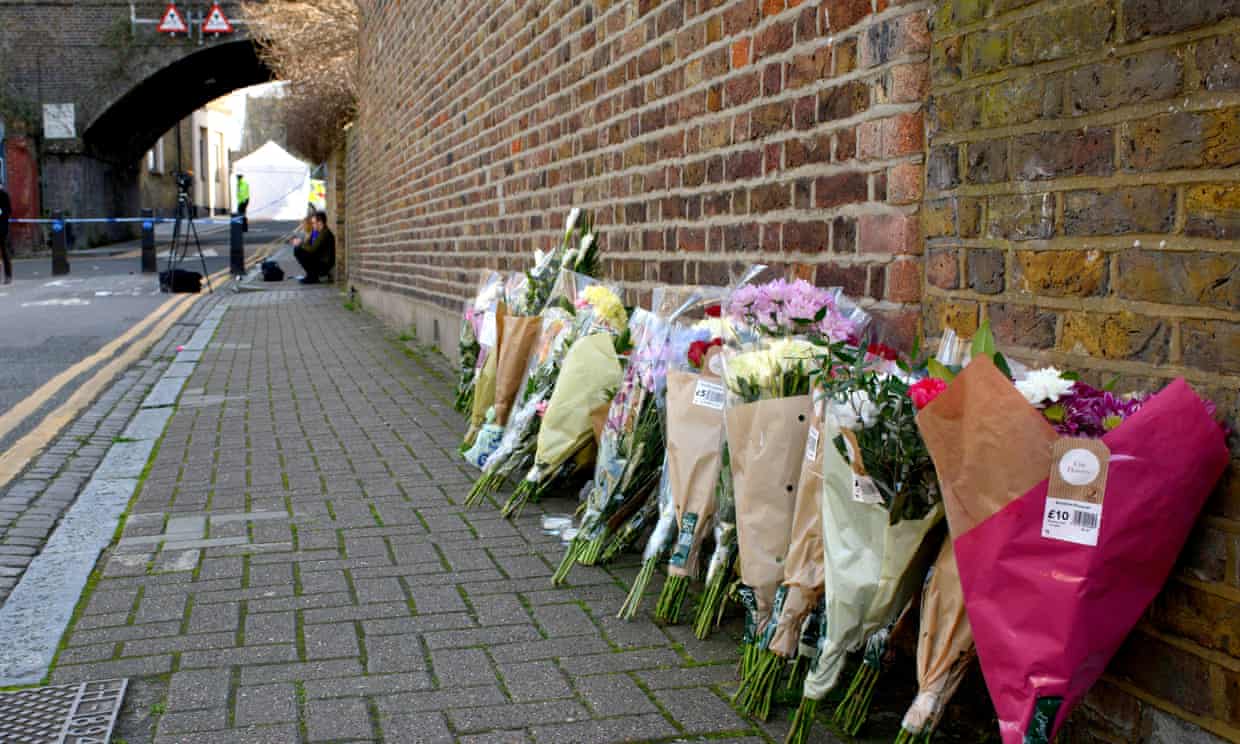 Surge in young knife deaths amid police cuts and 'a climate of fear'
The Guardian,
Photograph: Justin Griffiths-Williams/REX/Shutterstock/Rex/Shutterstock

This year is on course to be the worst in 10 years for numbers of young people in England and Wales killed in knife attacks, with 37 children and teenagers stabbed to death so far, continuing a five-year upward trend, according to figures collated by the Guardian.

The death toll for 2018, with five weeks remaining, is already one of the worst on record, though unlikely to match 2007, when 48 children aged 19 and under were killed by use of knives.

Vicky Foxcroft, the Labour MP for Lewisham, Deptford and chair of the Youth Violence Commission, said: “Sadly, the increase does not surprise me. You can’t cut police, Sure Start, essential services in schools, access to mental health services and youth work, and not expect there to be a consequence. And beyond the tragic fatalities, there’s an exponentially larger number of knife attacks that don’t kill children but do create a climate of fear.”

There has been a sharp rise in West Midlands, which includes Birmingham, Coventry, Wolverhampton and Walsall. The region has already recorded the highest number of youth knife deaths in 40 years, with six young people aged between eight to 19 dying from knife attacks within that police jurisdiction this year. It means a young person has been considerably more likely to be stabbed to death in the West Midlands than in London. The previous high was in 2013, when there were four victims under 20.

There was a 18% increase in the number of offences involving a knife in the West Midlands in the year to June 2018, compared with the previous year.

The last young person to be killed by knife crime in Britain was 16-year-old Jaydon Washington James, who was stabbed to death late on 24 November in the Wood End area of Coventry while out with friends. “Jaydon was stabbed to death because of his postcode. Because he was a Wood End boy. I can’t believe someone took my brother’s life because of the neighbourhood he lived in,” his older sister, Jayda, told CoventryLive.

It’s a kill-or-be-killed situation ... I know if I see the wrong person I could end up being in a coffin

Awez Khan, 17, the Birmingham representative for the youth parliament, a deliberative body convened by the British Youth Council, said the situation had been bad in the area for some time. He said he had a close friend who had been stabbed.

He added: “I know a lot of people who carry knives. A lot of it is paranoia and fear for their life. They don’t know who or what type of person is coming after them, they don’t know when they might die and they have to defend themselves. It’s a kill-or-be-killed situation. And then there are other people who carry them to make trouble. I’ve been attacked many times and I know if I see the wrong person I could end up being in a coffin.”

This month the youth parliament made knife crime one of its two priorities for the coming year.

The Guardian has been recording all deaths due to knife crime in Britain as an extension of last year’s award-winning Beyond the Blade series, during which we obtained previously concealed data about the victims of youth knife crime over the past 40 years following 10 months of negotiation with the Home Office and 45 police forces.

The toll this year conformed, in many other ways, to what we now know about previous years. Contrary to the dominant media narrative that knife crime was exclusively an issue involving black youth in London (last year that was the only group for whom the term knife crime was used in the national press), most of those killed were not in the capital, and most of those killed outside the capital were not black. Within London, however, the victims of knife crime have been overwhelmingly black.

The deaths did not occur evenly, but in clusters. At one point between September and November there were no killings for more than six weeks, but that was followed by four deaths in 10 days. In February five young people died in 10 days, four of whom were in London. In May, once again, five young people died in 11 days, including the only two deaths in Sheffield this year, which occurred within two days of each other.

“The clustering is significant,” said Richard Garside, the director of the Centre for Crime and Justice Studies, referring to stabbings in general rather than any specific case. “It’s a social contagion. There’s a stabbing and there’s a retaliation and then a retaliation to that. It’s quite unpredictable, but it’s not entirely random, because we’re talking about specific groups of people in certain areas. It’s very gendered, mostly young men. Big historical processes intersect with local geographical processes and the individual interactions and choices people make.”

In October, the home secretary, Sajid Javid, told a police conference that he wanted officers to “feel confident, trusted and supported in using stop and search” and urged police to step up their response in the capital.

But a report published this week by the charity Centre for Crime and Justice Studies argued that “interventions which do not seek to address wider social issues, [such] as inequality, deprivation, poor mental health and drug addiction, are unlikely to provide long-lasting solutions to knife violence”.

Some politicians have expressed frustration that the Brexit fiasco has diverted attention from other urgent matters.

Sarah Jones, the Labour MP for Croydon Central, and chair of the all-party parliamentary group on knife crime, said: “While parliamentary farce and stalemate continues, the reality for our country is regression. The most visceral symptom is the continuing epidemic of knife violence. Across the country children are arming themselves and dying on our streets. What bigger symbol could there be of a generation abandoned and all aspiration lost?”