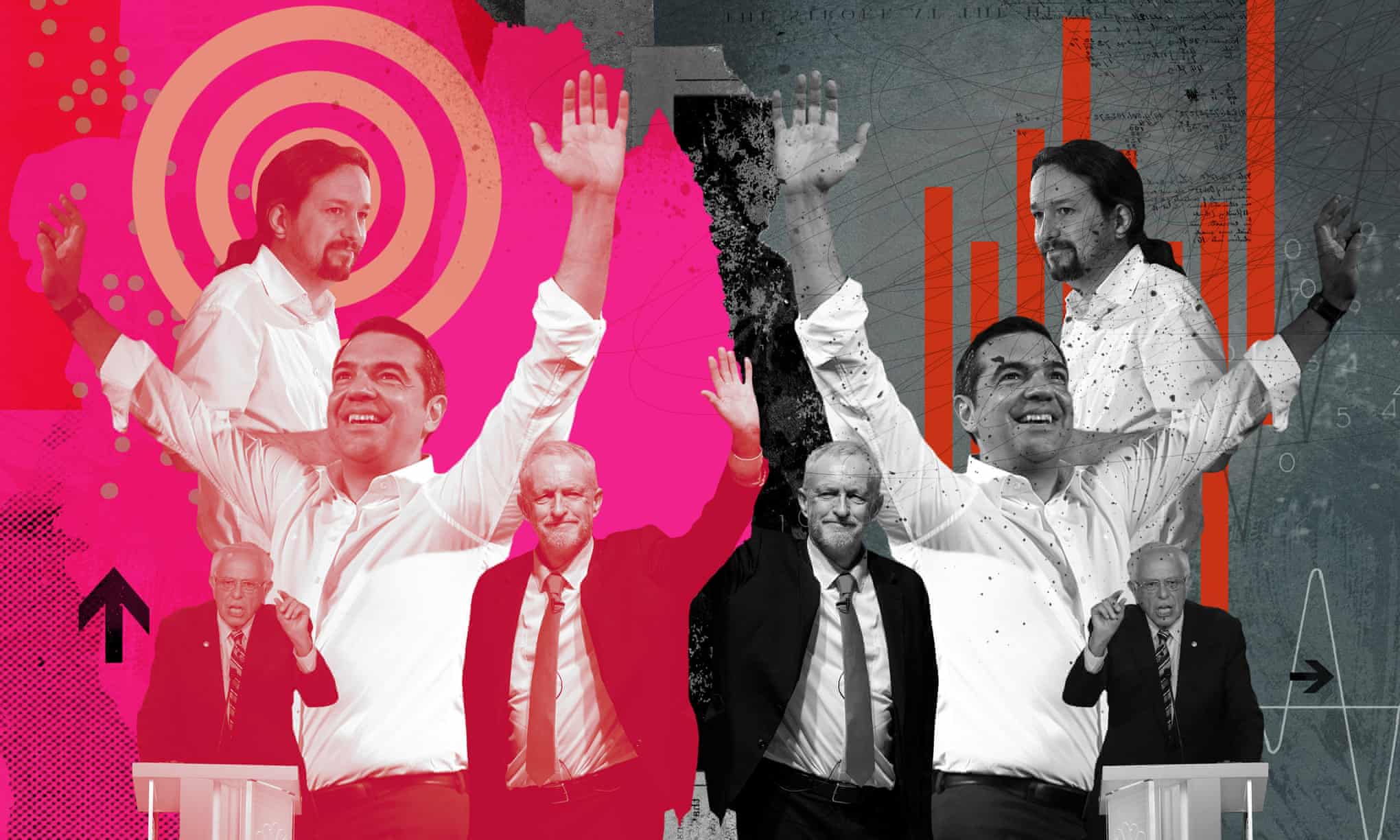 Syriza’s defeat shows the left needs a plan to hold on to power, not just win it
The Guardian,
Illustration: Eleanor Shakespeare

The day after Jeremy Corbyn scraped together the parliamentarians’ names he needed to get on the Labour leadership ballot in 2015, he headed off in search of voters. “We didn’t have a campaign. We didn’t have an organisation. We didn’t have any money,” he told me. “All we had was my credit card and that lasted for about a week.”

He stood so that at least one candidate would make the argument that Labour should oppose austerity and shift to the left. No one ever expected him to win that argument, least of all him. But as the rallies grew, unions came on board and his polling numbers soared, the implausible started to look inevitable.

Just a few weeks before he won the biggest mandate of any candidate in Labour history, his advisers told him to make plans for his victory. Corbyn thought they were tempting fate. “I’m not even going there,” he told them. “Please don’t talk about it.”

Not yet fully accustomed to the notion that his candidacy was viable he could not contemplate how he would handle victory. It was almost as though he was the last person to take his candidacy seriously – a factor that arguably contributed to the early chaos of his leadership.

That trajectory of oppositionism, exhilaration, shock and denial culminating in the sobriety of actually winning illustrates the story of the western left, from the US to much of Europe, over the past five years. After decades of being on the outside they have surprised themselves, and enthused millions, with an electoral message that provided a way in, now they have to figure out what to do with the trust and credibility invested in them.

They used to stand to make a point. Now they stand for power. Having developed a strategy to win, they now have to demonstrate a strategy to lead and govern. 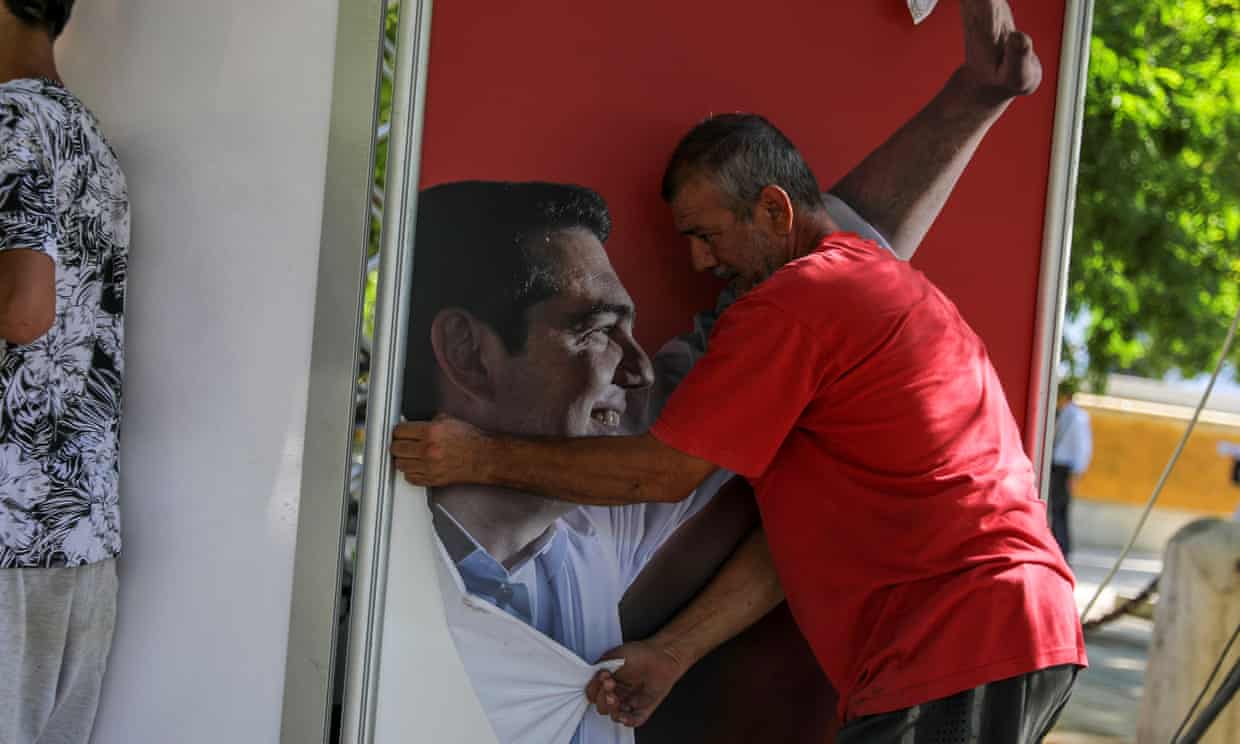 ‘Presiding over anaemic growth, abandoned by the young at the polls, Syriza appeared to become the very thing it sought to replace.’ A worker removes a poster of outgoing Greek prime minister Alexis Tsipras. Photograph: Alkis Konstantinidis/Reuters

That is why the defeat of Syriza in Greece on Sunday was so significant. After four and half years in power, the once radical-left party led by Alexis Tsipras lost to the centre-right New Democracy party, led by the scion of a Greek political dynasty. Presiding over anaemic growth, abandoned by the young at the polls where there was a marked slump in turnout, Syriza appeared to become the very thing it sought to replace.

The party’s victory in January 2015 was an inflection point in the emergence of a vital and vibrant leftward shift in western politics, providing a response to the financial crisis and the austerity that emerged from it. “Greece has turned a page,” said Tsipras on election night, “leaving behind destructive austerity, fear and authoritarianism. It is leaving behind five years of humiliation and pain.”

In July 2015 came the referendum in which the nation emphatically rejected the terms of the punitive bailout conditions imposed on it by the European Union and International Monetary Fund. Before the end of the year, Corbyn was leading Labour; the Left Bloc had doubled its vote in Portugal and was propping up a social democratic government; Syriza won another election; and Podemos, a new radical party in Spain that emerged from youth protests, had won 21% at the polls and was threatening to supplant the mainstream left socialist party. The next year started with the democratic socialist candidate, Bernie Sanders, achieving a virtual tie with Hillary Clinton in the first contest for the Democratic presidential nomination.

One election cycle on from Syriza’s initial victory, this trend of left insurgency has proved itself to be both viable and vulnerable. It has continued at a diminished pace in different countries with various levels of impact, from eclipsing centre-left parties (France, the Netherlands) to supporting coalitions (Finland) and propping up minority governments (Denmark and Sweden). In Britain Labour gained vote share and seats but not power. There have been occasional setbacks (support for Podemos has collapsed) and omissions (electorally, there is little sign of left life in Italy or much change in Germany). The far right, it should be noted, has made even greater strides.

Greece, however, is the one country where the left has actually governed. Some of the lessons of Syriza’s defeat are particular to Greece – a relatively small economy, tied into the eurozone. But there are three broader lessons that a left serious about the prospect of government might learn.

First, only propose an agenda to take on powerful interests if you have a strategy to fight them and fully intend to pursue it. After it became clear that the EU and IMF would take no notice of the popular rejection of the bailout proposal, Syriza effectively folded. Unable to beat its creditors, it joined them, implementing all the cuts, privatisations, and VAT increases it had been elected to oppose. 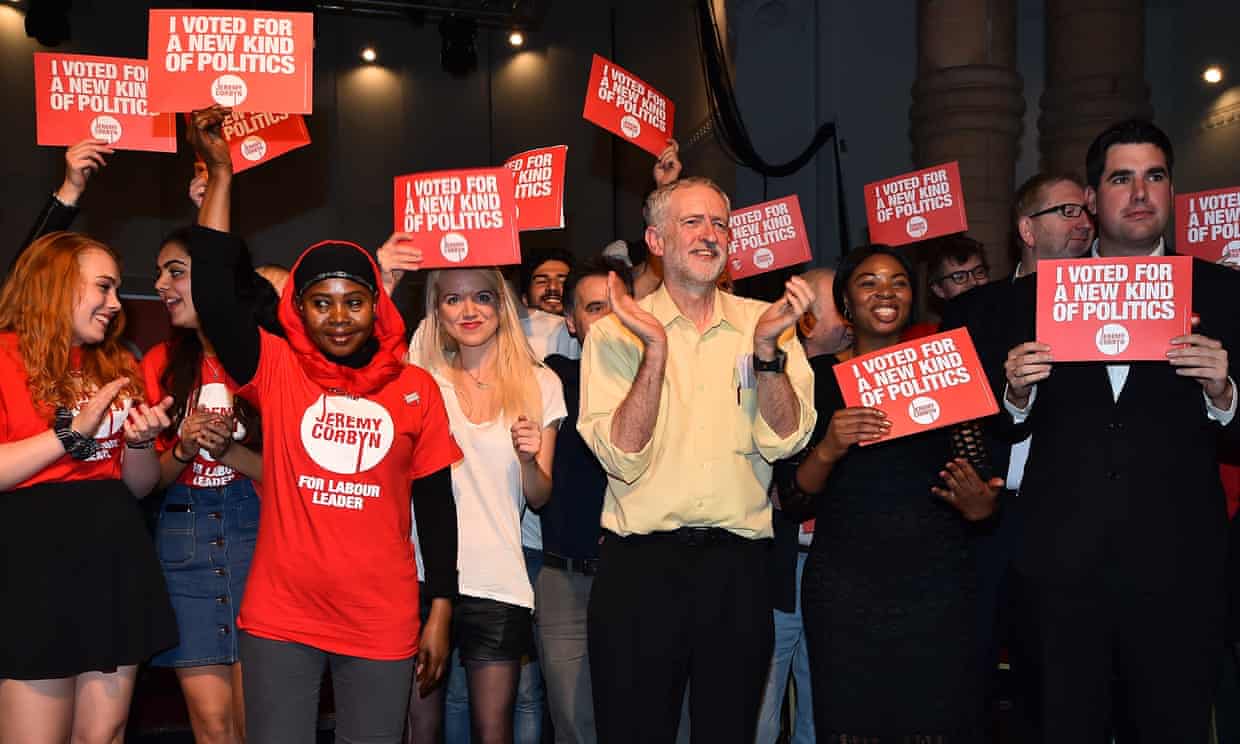 ‘Not yet fully accustomed to the notion that his candidacy was viable, Jeremy Corbyn could not contemplate how he would handle victory in the Labour leadership election.’ Photograph: Ben Stansall/AFP/Getty Images

According to the account of Yanis Varoufakis, the finance minister at the time, the Greeks had options, though it soon became clear to him that Tsipras never seriously intended to employ them. There were no guarantees they would have been successful; but once they abandoned their own agenda it was certain to fail. Either way, Syriza’s defeat was less a failure of left policies – which were never actually implemented – than of a left electoral strategy that had no plan B for the predictable obstacles it would face.

Second, there is a limit to how much any election can achieve under neoliberal globalisation – because no matter who you vote for, capital and its proxies always get in. The nation state may be where democratic legitimacy primarily resides but it is just one player among many, from currency traders to international organisations. You cannot simply vote yourself out of it.

That was made explicitly clear to Greece more than once in a European context. “Elections cannot be allowed to change an economic programme of a member state,” the former German finance minister Wolfgang Schäuble told Varoufakis. “There can be no democratic choice against the European treaties,” said the European commission president, Jean-Claude Juncker.

That’s not necessarily a reason for the left to eschew electoral politics. But it should frame expectations about what can be achieved and where power lies.

Finally, and consequently, the left cannot limit itself to an electoral strategy alone. Many major social and political advances, from civil rights, workers’ rights, feminism and even democracy itself, started as social movements to distribute and democratise power. Professional politicians signed them into law. But it took a coalition between the electoral and the social to make them happen. In power, more than ever, it needs social movements to sustain these advances.

In just four years, the left has created electoral and political space it had not imagined possible. Whether it can hold that space depends very much on what it builds on it.