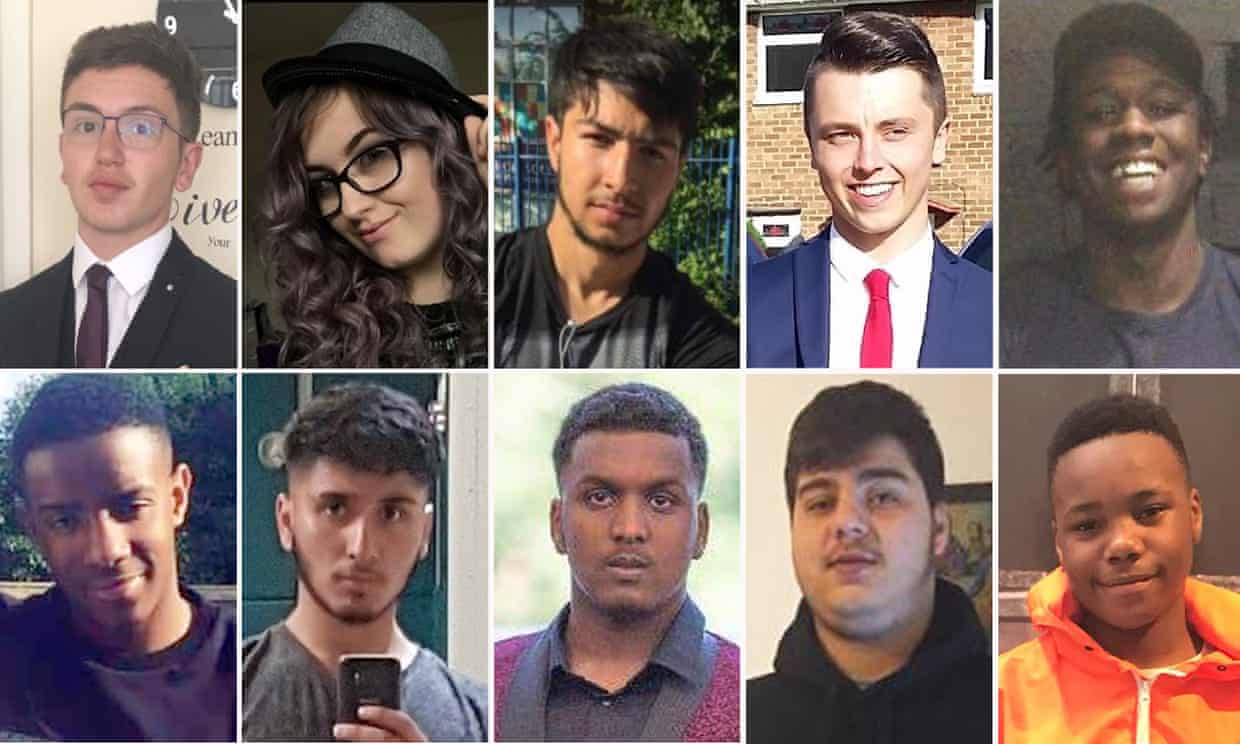 Teenagers are being killed. But more policing is too simple an answer
The Guardian

While researching my book about all the young people and teens who were killed by guns on a random day in the United States, I would call the journalist who wrote the original story of the shooting and ask if they had any leads. With a handful of exceptions they didn’t. The victims were overwhelmingly working-class black and Latino killed in poor black and Latino neighbourhoods. The stories were often little more than rewrites of police reports. “People are desensitised to it,” said one journalist. “They figure that’s where bad things happen.” “Unfortunately, homicides are not uncommon in that area,” said another. “Unless something unexpected happened, it just wouldn’t be the kind of story we’d follow up on,” said a third.

After a while, it was difficult to escape the notion that there were places where the shooting of a child did not challenge the general understanding of how a city or a society works, but confirmed it. The death was not news in the conventional sense. How could it be, when it was expected? And then there were places where children were not supposed to get shot – schools, suburbs, malls, cinemas and universities. A fatal shooting of a child in one of those places would contradict how people thought a city or society should work. This was news. How could it not be, when it had shocked so many people?

The value of a life, when weighted for race and class, can often be measured in column inches. The media did not create that value system. But it has a role in amplifying and entrenching it. Politicians respond accordingly, pursuing policies not to solve the problems and real needs of their constituents, but to chime with the mood and the headlines. Before you know it, the political and media classes are reinforcing each other’s narratives – a fetid echo chamber where thoughtful discussion about the root causes of these fatalities is laid to rest with the bodies of adolescents.

As it is with gun deaths in the US, so it is with knife crime in Britain, where the tragic deaths of two young people last weekend has sparked a row about police funding that ignores or misunderstands pretty much all the evidence in a self-righteous race for tabloid approval.

First came 17-year-old Jodie Chesney, who was stabbed to death in a park on Friday in east London. An explorer scout, she had been at 10 Downing Street at a Remembrance Day event just a few months ago. A man has been arrested in connection with her murder.

The next day 17-year-old Yousef Ghaleb Makki was fatally stabbed in a Cheshire village. By most accounts Yousef was a bright and ambitious A-level student who received a bursary to attend a fee-paying school in Greater Manchester. Two 17-year-old boys have been charged in connection with his death.

These are not the kind of young people we have been conditioned to expect to die from knife crime. This is partly because of media bias. “The media’s response to the murder of young people is inconsistent,” Patrick Green, the manager of the Ben Kinsella Trust, told me two years ago. The trust is named after a 16-year-old boy who was stabbed to death in 2008. “The media are more likely to report on the murder when a bright, educated young person from a privileged background is killed, and we all think: ‘How did this happen to them?’” Green added. “But we don’t hear about or ask the same questions about the murders of young people from more vulnerable backgrounds.”

It is also partly about ignorance. In 2017, it was only after a year of freedom of information requests that the Guardian prised from the Home Office details about the young people killed by knives in the UK over the previous 40 years. It revealed a far more complicated picture than had been painted – with one in five victims being female, half the victims being outside London, and black kids comprising a minority of those killed nationally, even if they are over-represented in the capital, particularly.

The point here is not to denigrate the amount of attention that has been given to the deaths of Jodie and Yousef – their lives were precious, their deaths are an abomination and their families and communities deserve justice. It is to wonder how we would understand this problem differently if all of those who were killed were seen as young people of promise and potential.

The memories of all of them deserve better than a sterile debate on police numbers that almost entirely misses the point. “Almost”, because of course policing matters. There’s going to be no solution to the knife-crime problem without them, and the budget cuts they have suffered are unsustainable. But few people – including many in the police – believe that when it comes to knife crime this is where the emphasis should lie.

There is almost complete consensus, including from the Scotland Yard chief, Cressida Dick, that we should understand knife crime as a public health issue.

“That means trying to make it not just about what happened with the stabbing on that day, but looking at the life story of the person in front of you, and the whole of the community in which that one day happened,” explains Emer Sutherland at King’s College Hospital in London. “It means looking at all the ways you can modify things in that life story, and that community, to make that day less likely to come.”

If you drastically reduce funding for youth services and sixth-form education, treat children in the care system like cattle, turn away around 150 kids a day from child and adolescent mental health services, close schools in some areas early on a Friday because you can’t pay teachers for the full week, routinely reject children who are eligible for special educational needs support because you have no resources, reward and rank schools that exclude pupils who either do not excel academically or display challenging behaviour, then you are deliberately and wilfully creating a crisis that makes that day more, not less, likely.

A public health approach needs public funding. If the sole response to this state of affairs is to call for more policing, stiffer penalties and longer sentences then you are simply demanding that the criminal justice system adjudicate and manage the crisis created by the government. But instead of a public debate about how we are underfunding our children, we are now set for a crude morality play about angels and villains that will explain little about why the last child died and not assist us at all with the kind of understanding we need to prevent the next death. If the government truly cared about the children who are dying, it would invest in the children who are living.