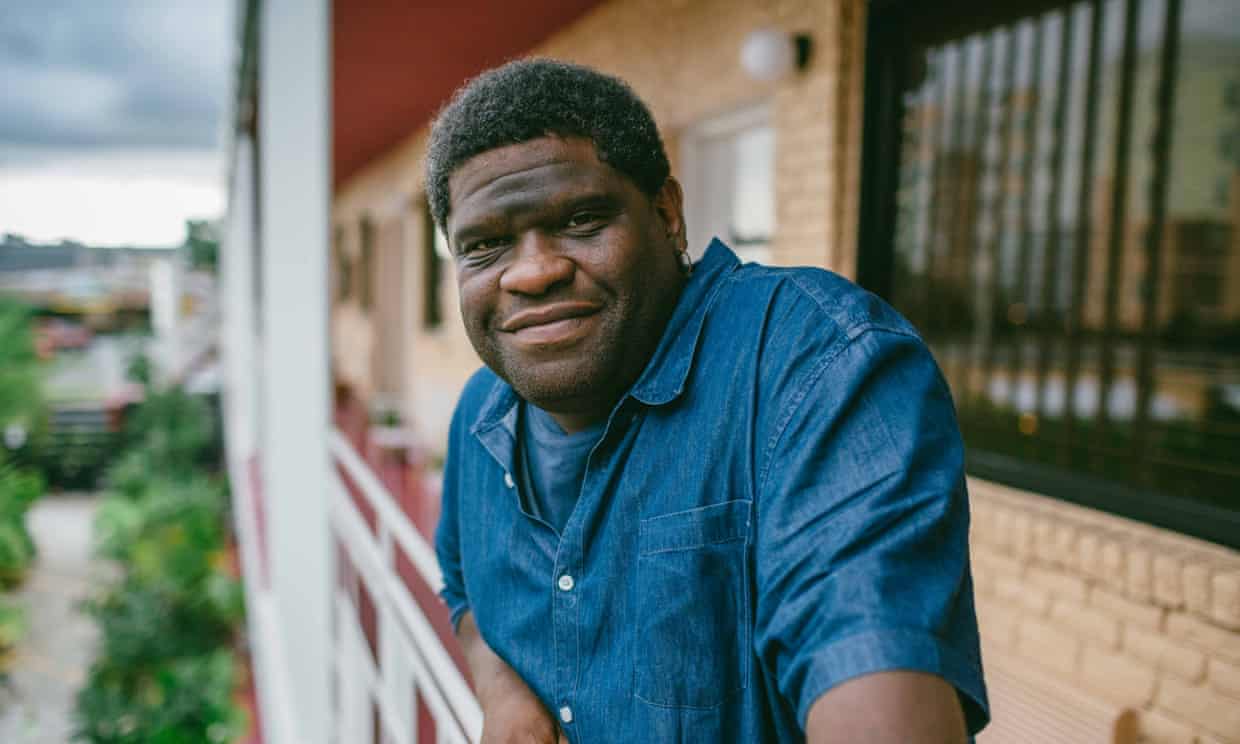 Gary Younge: ‘Our understanding of democracy is under threat'
The Guardian,
Photograph: Production Company/Channel 4

When I was younger, I wanted to be a doctor. Or maybe a revolutionary, but a doctor in my spare time. As I got a bit older, I discovered that I loved words, and I studied translation – I wanted to play with language, and was fortunate enough to do so as a student in France and Russia. But I soon realised that I didn’t just want to convey the words of other people – I had things I wanted to say myself. I was very politically involved, particularly in anti-apartheid, student politics and the labour movement. So I was delighted to receive a Scott Trust bursary, and even more so when I was invited to do a week’s work experience at the paper.

Do you remember your first day at the Guardian?

Vividly. It was Black Wednesday – the day the pound fell out of the ERM, and interest rates instantly shot up by 8%. It felt like something cataclysmic was about to happen.

Which pieces are you proudest of?

I reported from South Africa in the early 90s, following Mandela around in the run-up to the first election since apartheid had ended. I couldn’t drive at the time, so had to cadge lifts. I ended up hanging around with Mandela’s bodyguards, who happened to find me quite amusing, so I got to see it all very close up. I wrote a piece called The Black Knight, which was my first G2 front.

I also wrote a piece for Weekend magazine: She Would Not Be Moved, which was about Claudette Colvin – a teenager who was jailed for refusing to give up her seat in Montgomery, Alabama, before Rosa Parks, but airbrushed from the movement after she became pregnant. After three years of looking I found her in the Bronx and did an amazing interview.

In 2003 you moved to the States, and stayed for 12 years. Can you tell us about covering presidential elections there?

I have covered six presidential elections, the first being Clinton v Dole, but the first I witnessed as a correspondent was Bush v Kerry in 2004. That year I drove 2,000 miles from Boston to Midland, Texas, over the course of six weeks to speak to voters. I encountered Muslims in Detroit, hard lefties in Iowa, and went to a drag club in Missouri. I wanted to be off the beaten track, where other journalists and camera crews weren’t, and I’ve stuck to this approach since.

I spent most of the 2008 election in Roanoke, Virginia. But election night the year Obama was elected was quite special. I was in a bar on the South Side of Chicago called the President’s Lounge. It had been less than 50 years since black people had been guaranteed the right to vote, and now a black man was president. The atmosphere was staggering – I remember that an electrician who we had accompanied came out of the polling station that morning in tears.

With any kind of political reporting, I find that the further someone’s value system is from mine, the more interesting I find them. In 2016 I travelled to Muncie, Indiana – America’s quintessential “hometown”. I met quite a few Trump supporters, which really helped me understand his appeal, even if I was no great fan myself.

You have garnered huge praise for Beyond the Blade, your investigation into the rise of knife crime among young people in Britain. How did this project come about?

At journalism school we were taught: “When a dog bites a man, that’s not news, but when a man bites a dog, that’s news.” But sometimes that means we can become immune to some of the events happening around us precisely because they are so commonplace. They cease to shock and so we cease to interrogate them sufficiently. Sometimes it’s useful to ask “but who owns these dogs?” and “why do the same people keep getting bitten?”

We wanted to question the accepted narrative around knife crime in Britain. There seemed to be a lot of rhetoric claiming that it was an issue almost exclusive to black kids in London. But there were no available figures for how many had been killed, so how did the people creating this narrative know what they were talking about? Our data journalist Caelainn Barr spent 11 months prying out 40 years’ worth of data on the race and gender of victims that had never previously been available. We found that in London there’s a high mortality rate among black teens, but outside of London that’s not the case. The conversation had been woefully unsophisticated, and the information under-resourced. I hope our work had some impact in changing the conversation. It was mentioned in prime minister’s questions, I was asked to testify before a parliamentary group on our findings, I’ve spoken at youth groups, and our project has won a number of awards.

As a writer, how do you tackle difficult subjects like knife and gun crime?

When I write, I try to approach all my subjects with open eyes, open ears and an open heart. I think some writers look for the things they want to find and make the story fit. The truth is, it costs more in time and money to take a risk and just wait and see what there is. When I started any of these projects, I didn’t know whether I would get a result. In the case of Beyond the Blade, I sat through court cases and spoke to as many of those involved as I could. It took two of us five weeks to make contact with the family of one victim. We wanted to be respectful of their pain. While interviewing the mother of a perpetrator I needed to understand her desire for privacy and why she was sceptical about journalists. She needed to know that we would really listen to her. I bore in mind something the late journalist Susan Sontag had said to me in 2000, which was that, as an interviewer, you should give something of yourself so it becomes a mutual interaction rather than people just feeling mined for a story. I told this lady that if I was in her shoes, I would want people to know that my son was loved, what made him laugh, that she had dreams for him and he had dreams of his own, the things that made him human …

How have you felt about the media’s coverage of Jeremy Corbyn?

I’m not as sceptical of Corbyn as others. I think the Labour party needed a course correction. He’s certainly presented a challenge to every part of the establishment that no one expected – least of all him. The Guardian isn’t immune to this challenge. There have been internal disputes within Labour, and so naturally tensions within our pages and among our journalists, too. I think that’s healthy. I think the media have not been sufficiently curious about his leadership, and so have rarely asked all the right questions. 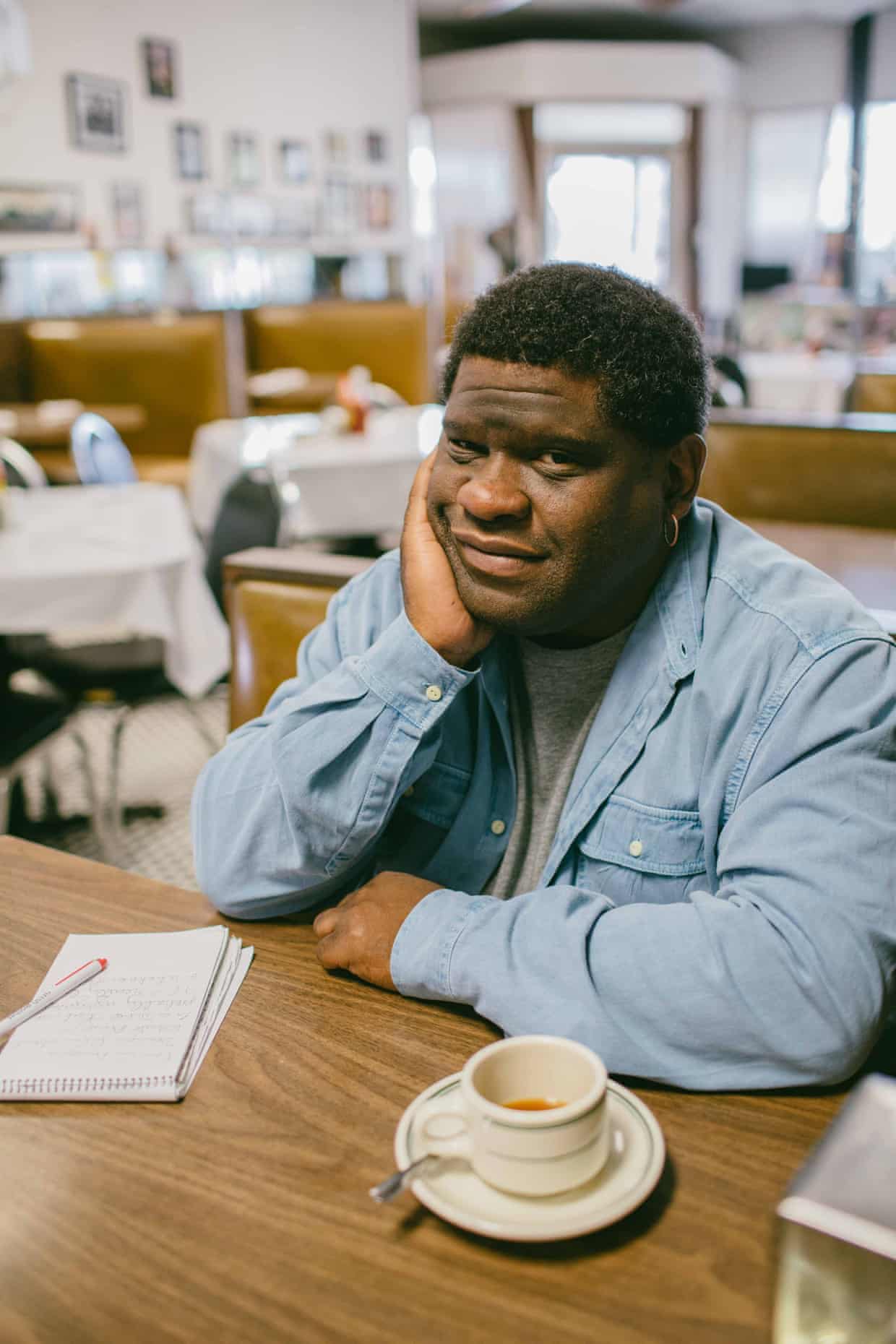 Gary Younge: ‘Perhaps surprisingly, I’ve met Republicans who like what I’ve written because they feel I’ve been faithful to their words.’ Photograph: Channel 4

And what questions should we be asking of the government at the moment?

Why are you still here? What are you for? Theresa May came in with one central task – manage Brexit. She’s failed to do that, producing a deal nobody wants, failing to get concessions either here or in Brussels, and now running down the clock. Instead of running the country in a period of self-inflicted crisis she’s been trying to unite the Tory party that made that crisis possible, and failing. Meanwhile, pretty much everything else, from transport to the health service to the kind of resources needed to deal with something like knife crime, is falling apart.

What response have you had from your subjects regarding your work?

It can go lots of different ways, but it’s often positive. If I was going to do cheap caricatures of people, I wouldn’t bother. Perhaps surprisingly, I’ve met Republicans who like what I’ve written because they feel I’ve been faithful to their words.

Representing someone’s experience is a huge responsibility. People who are seldom portrayed in the media are especially vulnerable. They don’t have lawyers to advise them, and even if their story is featured in the media, it will probably only be a small column in a local paper, and it won’t begin to convey their reality. I believe that often the harder it is to tell a story, the more important it is to tell it.

How does this time compare with others you have lived and worked through?

I can’t think of another period in my lifetime that has parallels with this one. With Trump’s presidency, Brexit, the rise of the right, the recent election in Brazil … I feel that the fundamental postwar understanding of what democracy means has never been more under threat.

Media has changed too. They used to say that “journalism is a function of time and space”. The internet changed all that. When I was first working in the US, there were four or five journalists for the Guardian. Now there are 40, and a third of our readership is American. We are writing for the world now.

What is the Guardian’s place in all these changes?

If you look at a story like Windrush then it’s absolutely key. We had to pursue those stories for months before they had any traction. That took a lot of work and resources and then suddenly the dam broke. But we didn’t know that’s how it would pan out. Put simply, if we don’t write these stories, who would? We have a unique ownership structure and a liberal guiding philosophy which other publishers can’t or won’t have. Moreover, at a time when facts are under assault, trust is vital. I think we engender that trust in a few ways:

2. Admitting when we get it wrong.

3. Being a reliable guide to events. This is different from being a seer: we can’t tell you what’s going to happen. We can just give an honest and fair account whenit does.

4. Above all, continuing to be curious and asking pertinent, meaningful questions.

Support our journalism by making a contribution or by subscribing