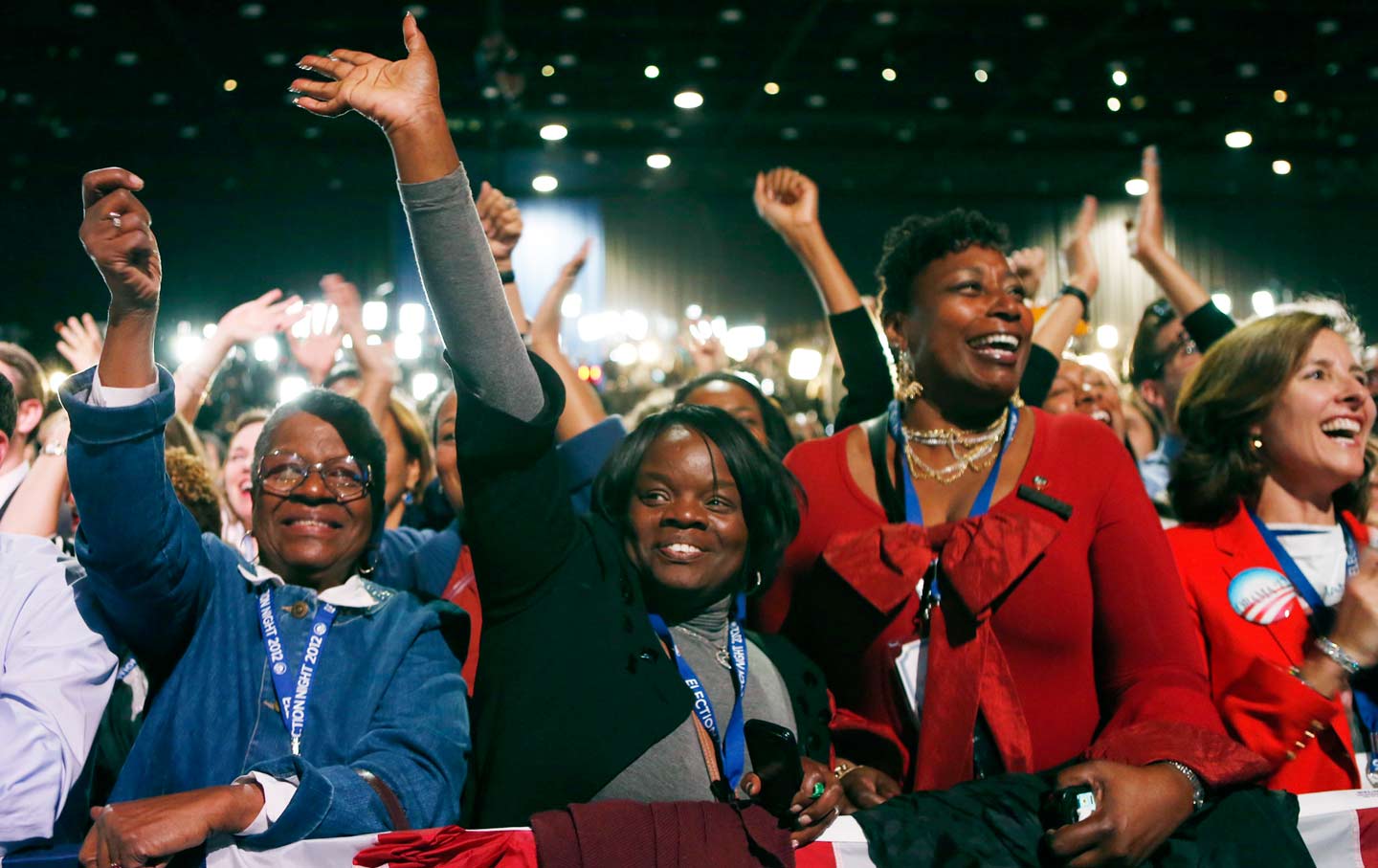 When Barack Obama beat Hillary Clinton in the South Carolina primary in 2008, the crowds chanted, “Race doesn’t matter!” Seven years later, Obama was back in the state singing “Amazing Grace” after a white supremacist, Dylann Roof, walked into a church and shot nine black people dead, hoping, he had said, to ignite a race war. A few months earlier, Michael Slager, a white policeman in Charleston, fatally shot Walter Scott, a black man, in the back after he’d been stopped for having a broken taillight. Slager was recently tried before a jury of 11 whites and one African American; one white juror held out against a verdict of guilty, and a mistrial was declared.

Race does matter. For those who willfully confused the symbolic resonance of Obama’s presidency and the substantial difference it would make for African Americans, that fact was always going to be a disappointment.

Obama’s ascent to power commenced during the most intense period of the financial crisis, coinciding in real time with a widening racial gulf, as black Americans were hit hardest by the crash. Given the moneyed interests of the Democratic Party and the congressional constraints on his presidency, Obama was unlikely ever to bridge that gulf. Sure enough, the gap between black and white, in terms of wealth, has grown wider under his tenure than it has been since 1989. While one can debate the degree to which Obama—as opposed to Congress or Wall Street—is responsible for that divide, one cannot deny the fact of it: The nation’s first black president presided over a relative decline in black living standards.

For black Americans, reveling in the spectacle of Obama’s first inauguration, 2009 heralded Dickensian days—the best of times and the worst of times.

Indeed, those who prematurely announced a post-racial America witnessed the end of Obama’s second term in a state of heightened racial consciousness. The Black Lives Matter movement has made the nation painfully aware of the lethal consequences of enduring racial inequities. Black people are not more likely to be killed by police now than they were eight years ago; it’s just that we are only now paying attention. America proved that it can elect a black head of state, but it has yet to guarantee that a black person can walk down the street without being summarily executed by the state.

Meanwhile, Donald Trump’s ascension suggests that if there ever was a post-civil-rights consensus about the nature of equality in a post-racial democracy, it was more fragile than many realized for a significant section of white America.

Trump’s refusal to respect the etiquette of mainstream conservative racism did not simply redraw the boundaries of acceptable electoral race-baiting; it erased them. Five years after the 1964 Civil Rights Act was passed, Nixon told his chief of staff, H.R. Haldeman: “You have to face the fact that the whole problem is really the blacks. The key is to devise a system that recognizes this, while not appearing to.” Trump gave up on appearances, and it worked.