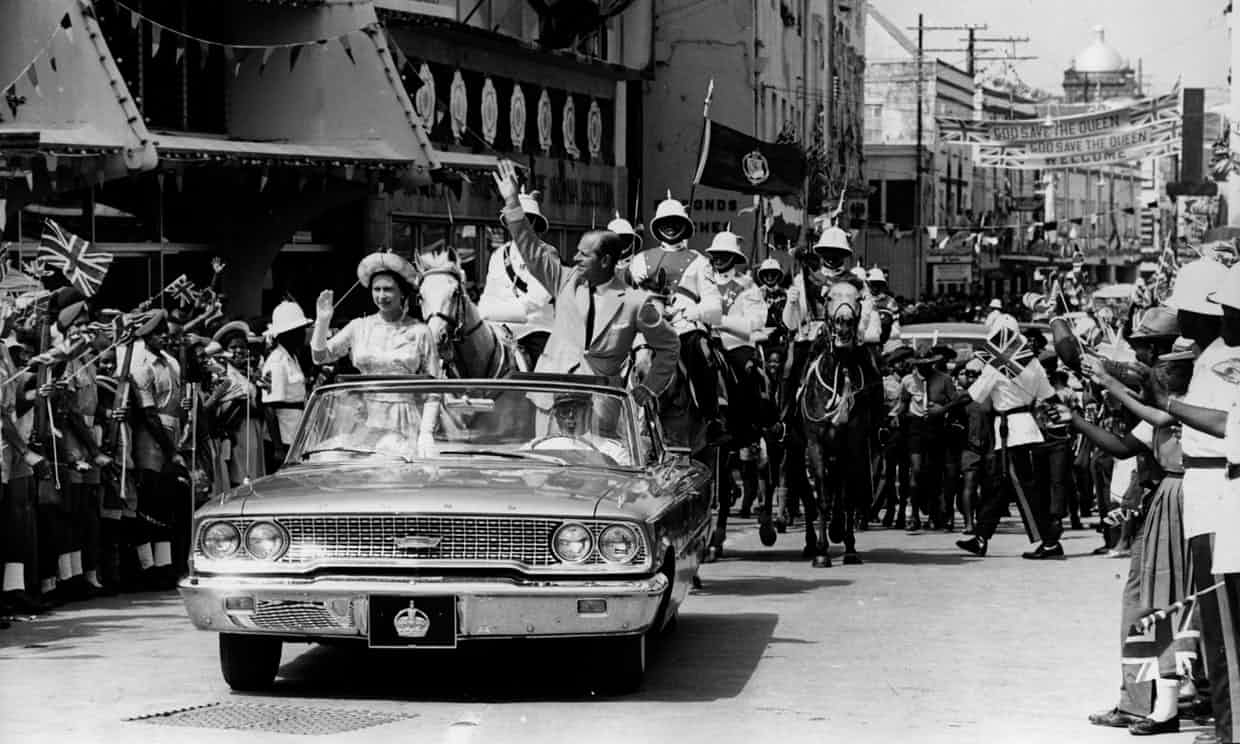 My mother never made it to 50. She was 44 when she came home from a day of shopping in Stevenage town centre, went to sleep on the floor, and died. Her death was sudden. She didn’t leave a will – but she did leave a wish. She wanted to be buried in Barbados, the island of her birth, “not this cold place”. I was 19, my brothers 24 and 23. None of us had proper jobs or any money – but once we realised we had access to sufficient funds, we made it happen.

This was the second time my mother had gone back to Barbados since she left, as a teenager. The first was in 1974, with my brothers. Mum said she wanted to test the waters, see if she might come home. We returned after six weeks and stayed for good. While England had yet to deliver on its promises, she had yet to exhaust its possibilities. Because she didn’t know that the next time she’d come back would be 15 years later in a box; because she valued her independence.

Dead mother in the mother country. She didn’t make it to 50 – but Barbados will, at the end of this month. Bajans gained full citizenship around the same time much of the planet did, in that sweet spot after Nelson Mandela had been convicted but before Martin Luther King had been assassinated – a time of hope, resistance and confidence. Smaller than the Isle of Man with a population at the time approximately the same as the city of Derby today, now set free to stake out its place in the world. Audacious, timely, necessary: a village with a flag, an island with an anthem.

Independence is not the same as freedom. There are lots of countries that are independent but aren’t free. Barbados would not have been the first country to rid itself of one undemocratic overlord only to replace it with another. But independence is a prerequisite for freedom. How can you be free without running your own affairs and controlling your own resources? In what sense can one truly talk of liberty without first establishing autonomy?

But freedom is no guarantor of success. There are lots of countries that are free where people live without hope, or food or support. If freedom means anything, it must mean the freedom to fail. No one who contemplates independence without also contemplating failure is taking independence seriously.

Bajans gained full citizenship around the same time much of the planet did – a time of hope, resistance and confidence

Herein lies the audacity, the tenacity, the perspicacity of the independence project: to take the leap, to take the risk, to meet the challenge.

When my mother died, this was my challenge. I was about to start exams at the end of my first year at university in Edinburgh. I had a long summer ahead of me with no real sense of where to go. I had lost my lodestar. Edinburgh was not my home. But the place I had called home could not serve that role in the absence of my mother.

A year earlier, shortly before university, I had gone to Barbados with a friend in that well-worn pilgrimage of the child of immigrants, hoping to find a sense of security, a warm national welcome where the racial response in Britain had been frosty. The country had my name on it: I was called Gary after Garfield Sobers, the nation’s most imposing cricketer, whose name now graces a roundabout and pavilion on the island. Instead, like most, I found I was more British than I had realised. Barbados had not been waiting to envelop me in its embrace, but was indifferent. I had not been expecting bunting, but nor had I anticipated ambivalence.

My mother was home. As we laid her in the ground by St Martin’s, beneath soil that could, on a windy day, be sprinkled by the sea breeze and then dried by the Caribbean sun, she had ended her journey not far from where she had started it, even if earlier than she had bargained for. And I was homeless – bereft of the things that make home possible and meaningful, reinventing my place in the world from scratch.

Everything about the funeral in Barbados reinforced this sense of displacement. My hair, which I had been wearing in plaits for several years, was out. The day before, Reverend Small had told me I couldn’t attend the funeral with my hair like that because plaits were for women. He said it was in the Bible. Reverend Small. Small-minded. Small island. I did not know the hymns. Beyond immediate family, I did not know most of the people there.

I went back to an empty house and struggled to rebuild my life with the only indigenous resource I had: me. This independence was born of hope yet had been forced upon me by fate. But it had to be undertaken nonetheless. Such was the audacity and tenacity of my project. It was a hard task to heave my teenage self into adulthood alone – until I finally realised that I was not doing it alone. I had brothers, aunts, friends, parents of friends, lecturers, the state – an assortment of hands to catch me if I fell, shoulders to lean on if I wept, bank accounts to draw on if I was broke. I couldn’t have done it on my own.

“No man is an island, entire of itself,” wrote the poet John Donne. Barbados is an island, but not entire of itself. It could not have done it on its own. The trouble with national projects, even when they emerge from struggles against colonialism, is that they can degrade into nationalist projects. What starts as resistance based on the notion that all people are equal and should have the right to run their own affairs can descend into the notion that we can run our affairs better than others because we, who adhere to this flag and anthem, are better people. “We” are not.

The fact that Barbados was independent did not excuse it from also having to be interdependent. From cricket to currency, it joined forces with the rest of the English-speaking Caribbean at various times. What does it mean to be independent in a neoliberal, globalised age of climate change and trade deals, terrorism and mass migration? That’s the debate that Britain – bigger, richer, more powerful – keeps avoiding at its peril. It cannot escape Barbados. Nor should it. Having exported its people across the globe and stood in the historical crosswinds of slavery, colonialism and imperialism, its small size belies its inherently cosmopolitan nature.

My mother never made it to 50. But Barbados did. And she lies within it. And it lies within me: independent, interdependent, autonomous, connected.