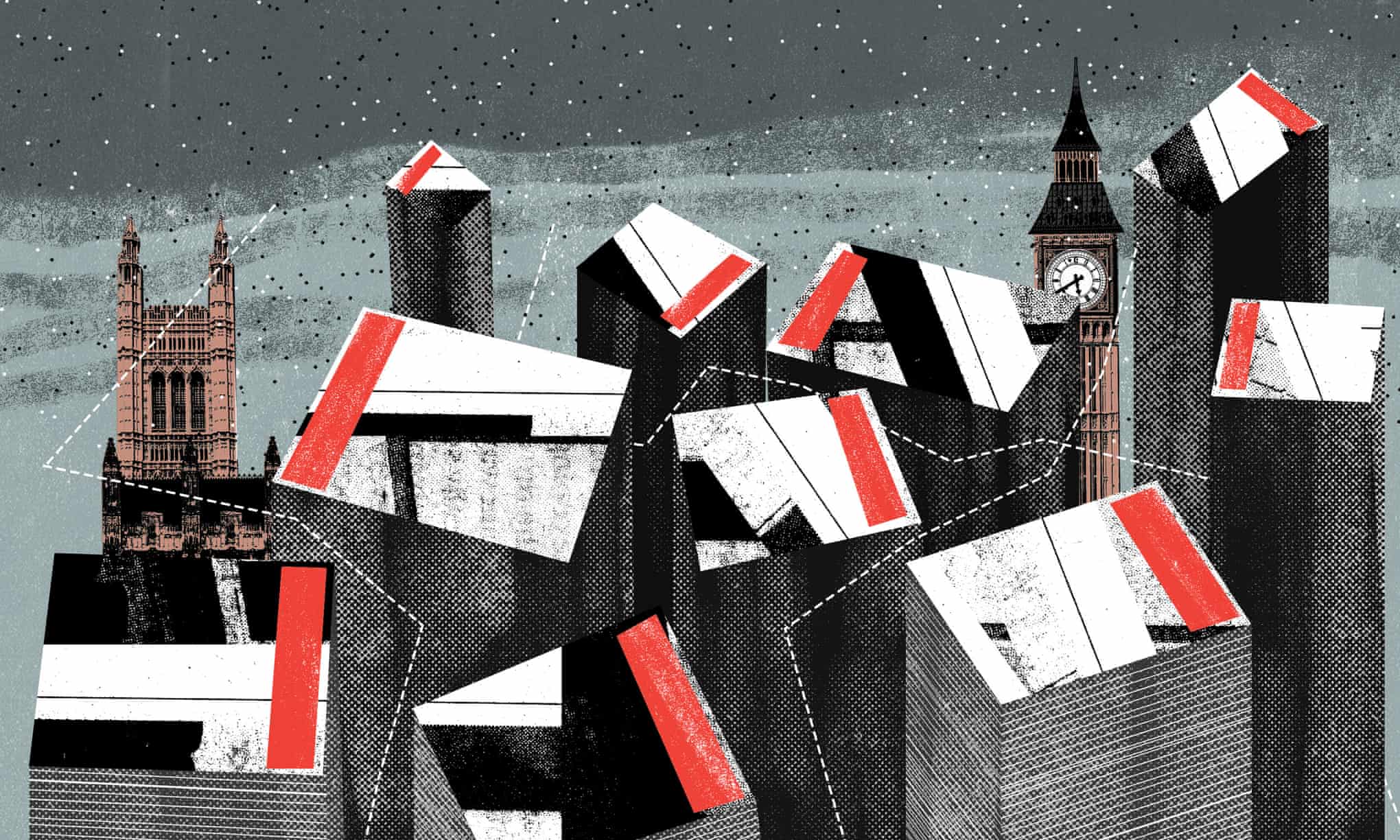 The Tories can’t win without the press. This isn’t how democracy works
The Guardian,
Illustration: Nate Kitch/The Guardian

In February 2016, a few months before the referendum, Donald Tusk published the European Council’s draft plans for renegotiating Britain’s relationship with the EU. David Cameron was prepared for the possibility that Tusk’s response would be less than he hoped for – it was a negotiation, after all. But what really shocked the then prime minister were the front pages the next day. “Cameron’s EU deal is a joke”, said the Daily Express; “The great delusion”, barked the Daily Mail; “Ministers defy PM on Europe”, claimed the Telegraph; while the Sun went with “Who do EU think EU are kidding, Mr Cameron?”, which compared the offer to a “steaming pile of manure”.

“The Tories [in the leadership of the remain camp] were about to run a referendum campaign based on a playbook … for winning elections in an environment where the print media was sympathetic,” writes Tim Shipman in his book All Out War. “But this time their natural allies were hostile.” Senior Tories were not used to having their arguments distorted, the facts so hideously disfigured in their opponent’s favour that they were unrecognisable, or blatant falsehoods by the opposition taken seriously. These were not only rules of engagement to which they were unaccustomed – they were rules under which they could not compete. “It pains me to say it,” a member of Cameron’s team told Shipman, “but if the Mail, Sun and the Telegraph had been for ‘In’ we would have romped home.”

Now that we are back in election mode, normal service has been resumed. The Tories’ “natural allies” are back in the trenches alongside them, ready to help them “romp home”. This was to be expected. Indeed, we have all become so inured to the naked rightwing partisanship of the British press that it barely registers beyond a knowing shrug. But somehow we never quite seem to compensate for its effect in our politics. Its persistent power has produced a corrosive democratic deficit.

It is simply not possible to make an informed decision when one is routinely, wilfully and cynically misinformed. When devout remainers insist the referendum was invalid because we were lied to, they talk as though the misinformation of 2016 was a one-off. It wasn’t. On that basis we should revoke all pretence that we live in a democracy and start again. (The left can lie too, of course. It just doesn’t have the capacity to distribute those lies on anything like the same scale.)

People think they are immune to all of this. They’re not. We can and do, of course, make up our own minds. But we don’t make them up out of thin air. Boris Johnson’s “Teflon qualities”, Labour’s “incomprehensible” Brexit policy or Jeremy Corbyn’s “leadership failings” are all remarked upon as though they are unrivalled facts rather than judgments, all mediated through an almighty filter with extreme prejudice. The framing is so dominant and pervasive, and reproduced so consistently, omnisciently and persistently, that it ceases to feel like a frame at all.

“Inevitably our opinions cover a bigger space, a longer reach of time, a greater number of things, than we can directly observe,” wrote Walter Lippmann in his landmark book, Public Opinion. “They have, therefore, to be pieced together out of what others have reported.”

And a significant amount of what has been reported lately is extremely dubious. With a handful of notable exceptions, what emerges is a kind of political kabuki, where substantive discussion is performed on the basis of an insubstantial script. Take Andrew Marr’s flagship BBC show last Sunday, in which he began with the newspaper review: “Conservative Central Office will be delighted because their analysis of Labour spending hits front page after front page after front page,” he began.

Then he read them all out verbatim. “Sunday Times. £1 trillion in red ink, ‘Labour splurge to bankrupt UK’. The Sunday Telegraph, perhaps not surprisingly, ‘The scale of Labour’s reckless spending revealed’. Then the Daily Mail, ‘£1.2 trillion that’ll cost every UK household £43,000.’” With the Tory talking points duly repeated, Marr continued: “Labour are furious. They say it is complete fake news.” 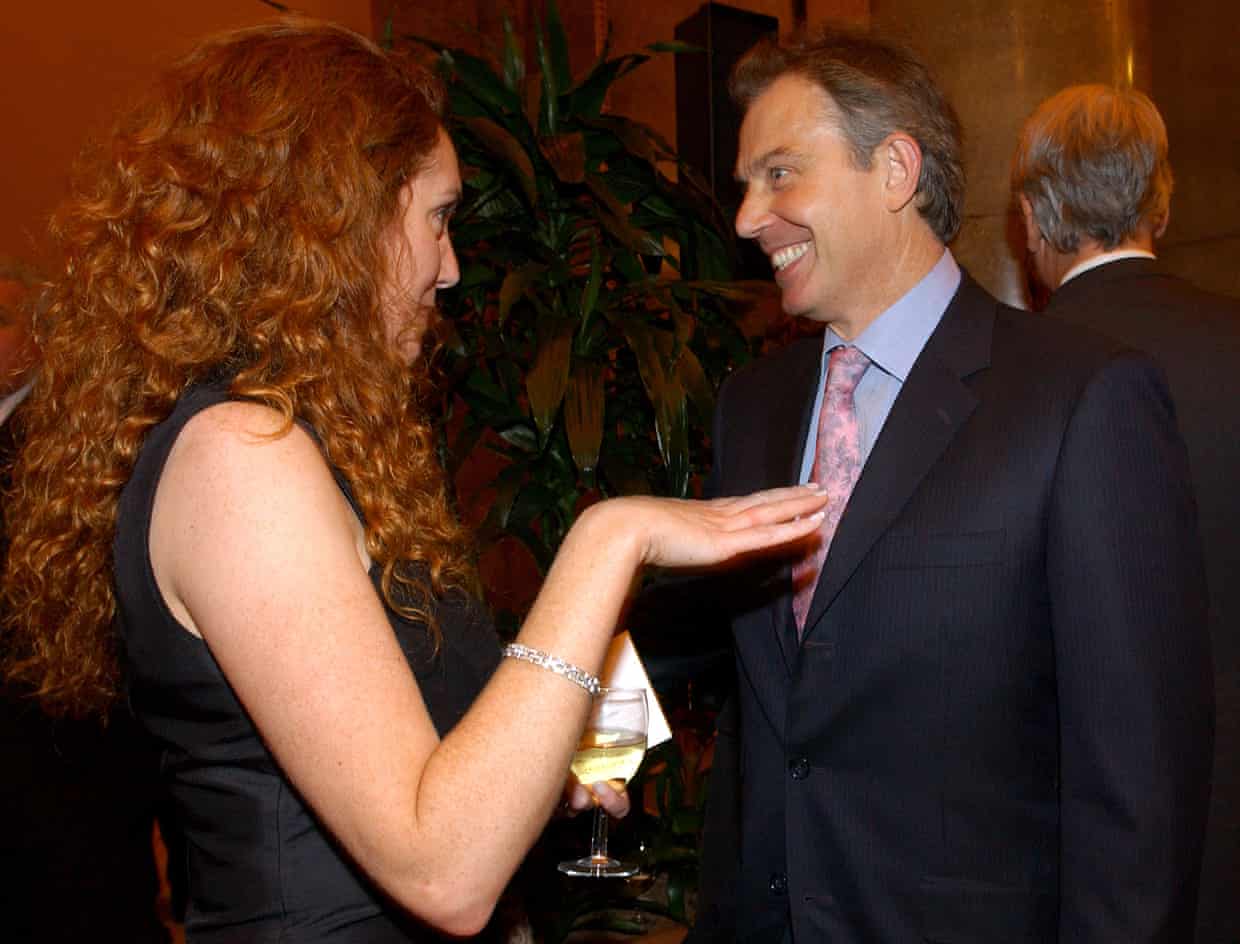 It was fake. That’s not a partisan point. That figure was arrived at by taking all of Labour’s conference pledges – aspirations that may not even appear in their manifesto – and calculated on the assumption they all would be implemented on day one. Later in the programme, in an interview with the chancellor, Sajid Javid, Marr said the figures amounted to: “Bogus numbers and dodgy accounting.”

But by then the agenda had been set. For the rest of the day you could either decry Labour’s £1tn folly, deny its £1trn folly, contest its £1trn folly or explain its £1trn folly. Either way you’d be discussing it – which means the two things that will cut through the noise are “Labour” and “£1tn”. But this is not the product of genius messaging; it’s the gift of loyal stenographers.

This bias has nothing to do with Corbyn in particular. The media savaged Michael Foot, Neil Kinnock, Gordon Brown and Ed Miliband before him. Tony Blair had an easier ride because, according to his No 10 staffer Lance Price, Blair believed he had an unspoken deal with Rupert Murdoch that “if [Rupert] Murdoch were left to pursue his business interests in peace, he would give Labour a fair wind”. It’s a deal we are all still paying for.

But in this, as in so many things, Corbyn has proved a lightning rod. His election as Labour leader has laid bare what was only partially visible during the attacks on Miliband and Brown. Failing to accept him as the legitimate leader of the opposition, the rightwing press fear his premiership as they have feared no other Labour leader before. Over the next few weeks this will likely get worse, particularly if Labour continues to edge up in the polls, as the media class grow ever more shrill and desperate.

It is the challenge of the left not simply to bemoan the power of the rightwing press, but to circumnavigate it. It is a bit like complaining about the right being better funded, or wealthy people buying access. It’s incontestable but it’s not going to change any time soon. It is as baked into the analysis of the system as privilege is baked into the system itself.

Yet there are a few reasons to be hopeful. “Freedom of the press,” wrote the early 20th century American journalist AJ Liebling, “is guaranteed only to those who own one.” Since those who owned them were, by definition wealthy, those were the interests they represented. But new technology and social media have lowered the barriers of publication and distribution and created space for new voices to emerge and be heard. Some have proved incredibly effective. Meanwhile, grassroots campaigning has also created the capacity to challenge preconceptions on the doorstep through canvassing.

In the last election, virtually the entire media class rounded on Labour, only to see its vote share and seat count go up. We can’t say those attacks had no impact, since we don’t know how well Labour would have done otherwise. But we do know that, just because the media team up with their natural allies in the Conservatives, it needn’t mean the Tories get to romp home.