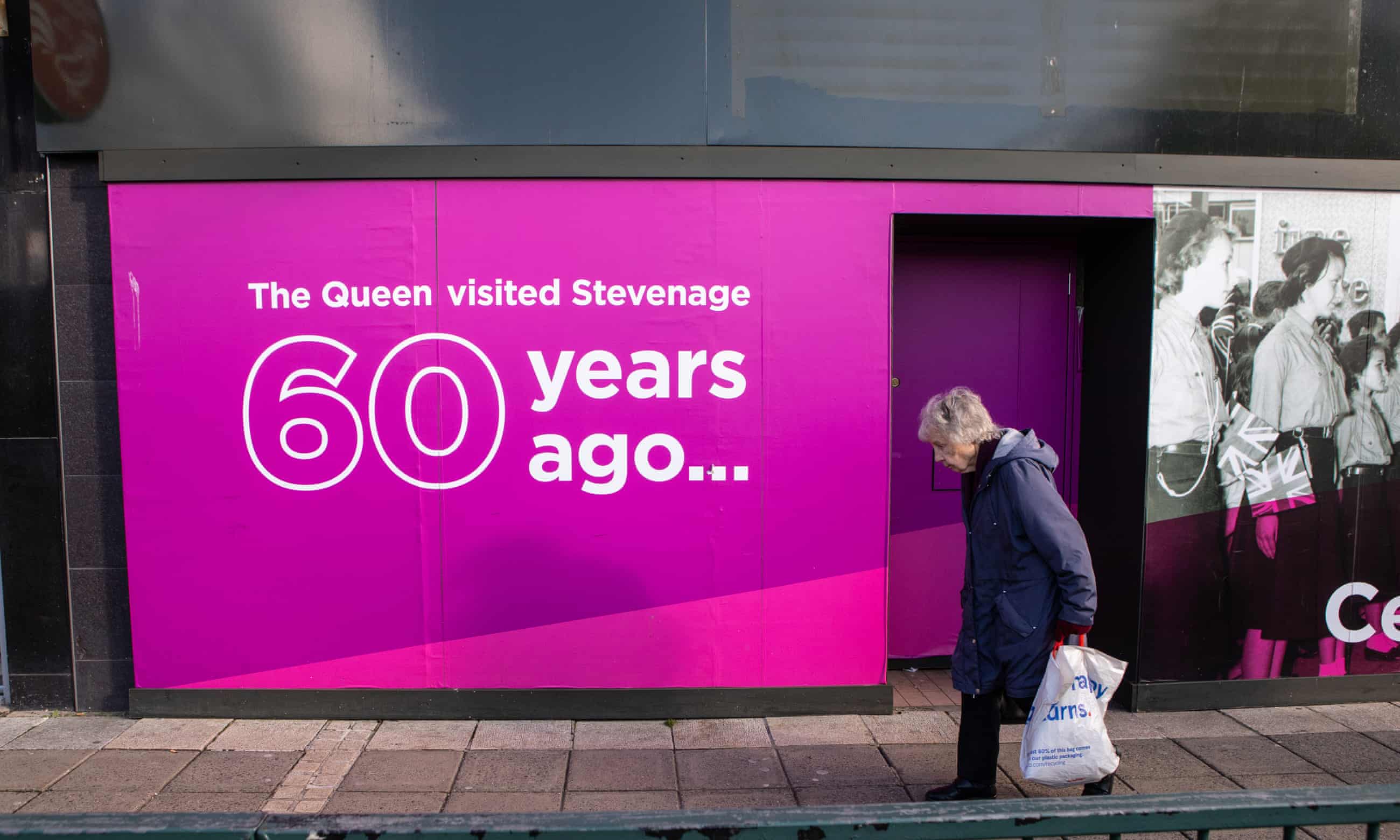 The view from Stevenage: how will the UK's first new town vote?
The Guardian,
Photograph: Antonio Olmos/The Observer

This is a tale of two Lewises. One, Lewis Silkin, was the minister for town and country planning in Labour’s post-war government. Stevenage, the country’s first new town built in 1946, was his baby. He envisioned it becoming a “gay and bright place” that would take the community-minded “spirit of the slums” and place it in the middle of the countryside with wonderful amenities and good municipal houses with gardens front and back.

The other is Lewis Hamilton, Formula One champion and Stevenage’s most famous son, who misspoke during the Sports Personality of the Year awards last year. In an unscripted moment, he said: “It really was a dream for us all as a family to do something different. For us to get out of the slums.” He immediately corrected himself and later apologised.

Somewhere up there Silkin stared down mouth agape, while back in Stevenage many looked on askance. Stevenage has no slums. That was the whole point. But it has seen better days.

I know this because I am from Stevenage. As you walk from the train station to the centre of town you will find me featured on a wall of local notability – fame would be a stretch – just to the right of Ken Follett and opposite the truly famous Hamilton and Ashley Young. The town has changed a great deal since I left in the late 80s – it would be strange if it hadn’t.

The junior school I attended has been rebranded after consistent underperformance; my secondary school has closed down. The pedestrianised shopping centre – the first of its kind in the country opened by the Queen 60 years ago – has lost much of its lustre. Two weeks ago the Waitrose in the old town closed down after 41 years, taking the post office it was home to with it. “The town centre used to be buzzing but the shops keep closing down,” one local resident, who did not wish to be named, wrote to tell the Guardian community team. “Everywhere you look there’s a boarded-up shop.” 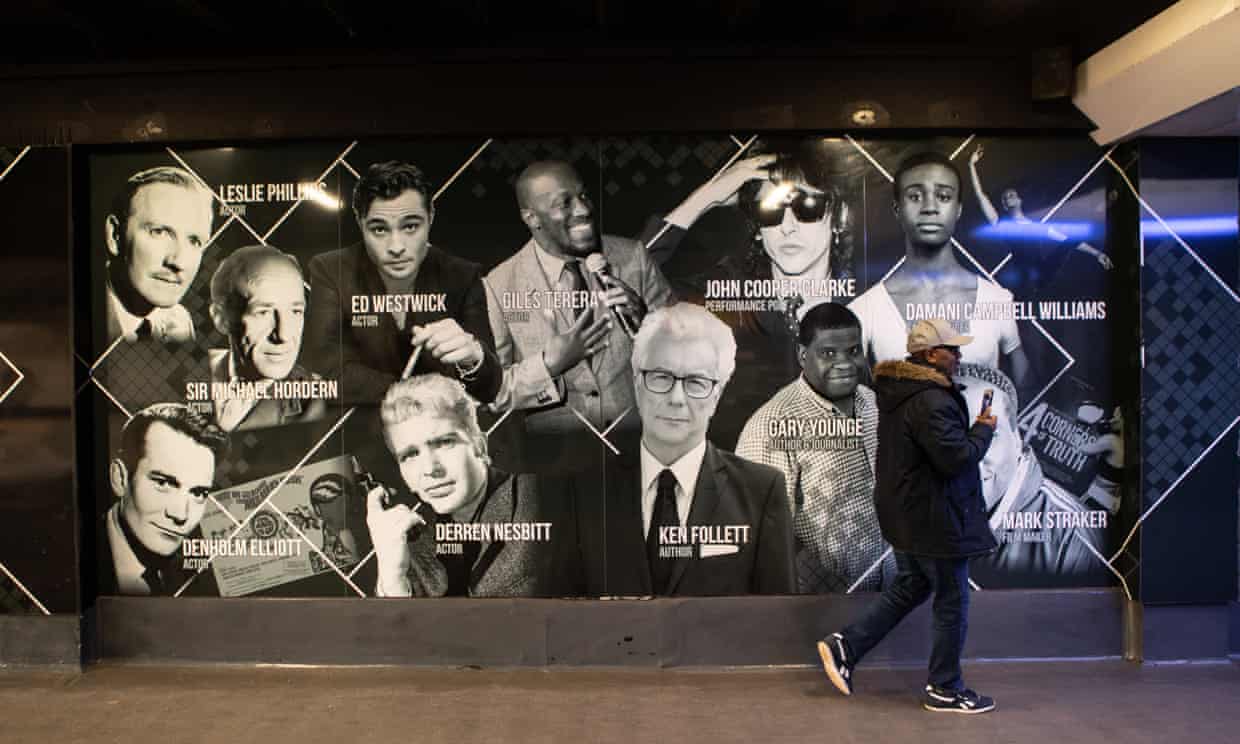 For all Silkin’s grand dreams, Stevenage is now like much of the rest of the country. Austerity has bitten. With a food bank and one in four children in poverty, many are struggling. And, with just 3% unemployment, they are literally working through it.

It votes like the rest of the country too. Indeed, in every election since 1974 it has voted for the party that formed the government. In an electoral map full of microclimates, it remains a bellwether. It is 63rd on Labour’s target list. The Tories have just a majority of 3,386 and could lose it on just a 3.5% swing.

Always treated like a marginal, but not always acting like one, the seat was comfortably held by New Labour. The Conservatives have generally benefitted from Labour and the Liberal Democrats, or Social Democrats before them, splitting the vote. Ominously, given Nigel Farage’s recent announcement, the only time the Tories topped 50% was in 2017, when Ukip did not run.

In 2016 Stevenage voted 59% to leave the European Union ( a figure far closer to Sunderland than that other famous New Town, Milton Keynes) and Brexit is a key issue among voters, although if responses to our community call-out are anything to go by that’s as likely to be because people fear it will happen as much as fearing it won’t. Housing is also a key concern. One of the most common reasons people of my parents’ generation moved to Stevenage was because of the impressive stock of council housing.

Those days seem long gone. Jordan, 22, who is a cook at the bingo hall, is worried about housing because his girlfriend is pregnant. “We both work long hours so money is OK for now but the big fear is: will we be able to get a council house?” he said. “Everything is way too expensive.” 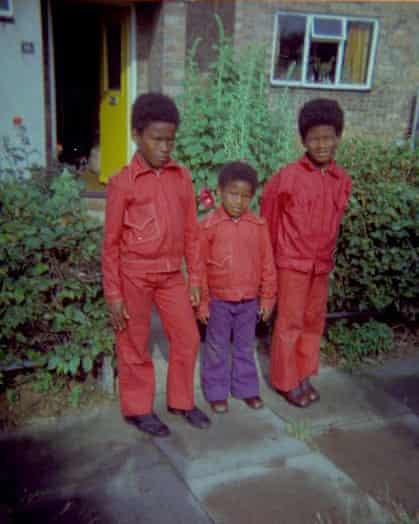 But the most consistent concern is about the state of the Lister hospital, where my mother was once a psychiatric nurse. Matthew Gray moved back to Stevenage after studying in Canada. His wife is a nurse and was paid three times as much in Canada as she is paid here. “She is confused to why the hospitals have to ‘make do’ and also why they send so many patients to private clinics at extra cost,” he said.

Silkin would be turning in his grave. Labour made Stevenage in 1946 out of concrete and high hopes, with the same zeal and sense of purpose that they would build the NHS two years later. It was part of a post-war utopian vision to create a home for “a new type of citizen – a healthy, self-respecting, dignified person with a sense of beauty, culture and civic pride”.

And Stevenage made me. My teachers were excellent, my summers were fun. I played in the youth orchestra, for the youth football and cricket teams. Concrete may not age well, but people do. When I meet old friends they want to catch up and show pictures of their children and grandchildren; they ask me how I’m doing, enquire after my brothers, reminisce about my mum – who died 31 years ago. When I turn the conversation to the election they swat me away. They’re not paying attention yet.

“People from all over the world will come to Stevenage,” said Silkin. “To see how we, here in this country, are building for the new way of life.” They did not. But I am heading back, to the town of my childhood, to see where it thinks the country should go next.