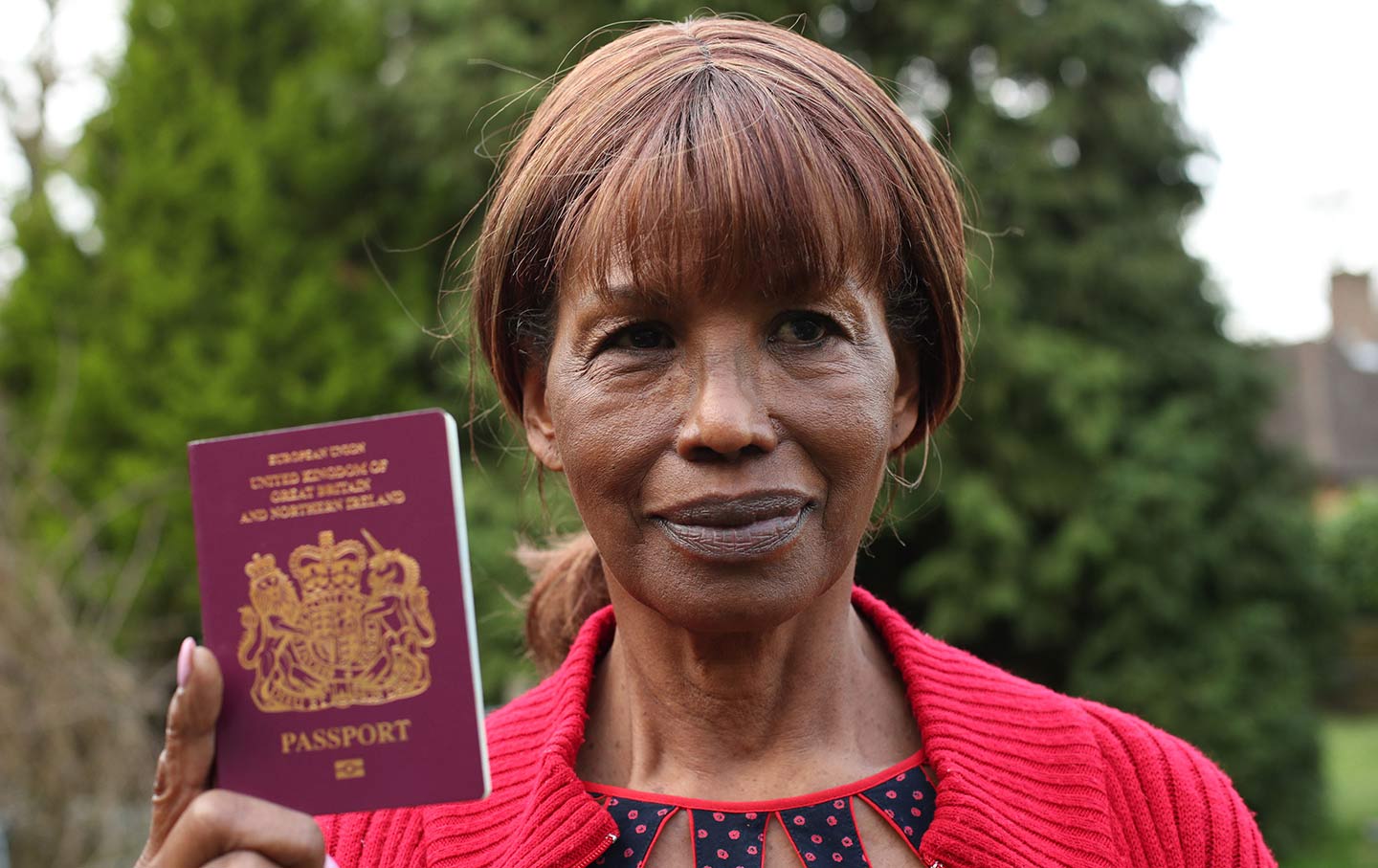 The Veneration of the Windrush Generation
The Nation,
(AP Images)

Paulette Wilson, 61, came to Britain from Jamaica in 1968, when she was just 10, to live with her grandparents. She never left, living legally in the country for the next 50 years—attending school, serving meals at the House of Commons and to the homeless at her church, and becoming a grandmother. Then, in 2015, Wilson received notice that she was an illegal immigrant and would be sent “back” to Jamaica—a country where she didn’t know anyone. She was taken to a detention center, and only a last-minute legal reprieve kept her in the UK. “I wondered what was going to happen to me. All I did was cry, thinking of my daughter and granddaughter; thinking that I wasn’t going to see them again,” she told a reporter from The Guardian.1

Wilson’s story ended up being the first of many such tales in what has become the biggest immigration scandal in the UK in decades, prompting a flurry of apologies at the highest level. It’s a scandal that could yet take down the British prime minister and force a reckoning with the xenophobic immigration laws put in place over the past five years.2

Another person affected by those laws was Michael Braithwaite, 66, a grandfather who came to Britain from Barbados in 1961, at the age of 9. He worked his entire life, only to lose his job as a special-needs teaching assistant after a “routine” immigration check.3

A third was 63-year-old Albert Thompson (not his real name), who came from Jamaica as a teenager and lived in London for 44 years, only to be evicted from his council house because he couldn’t prove citizenship. Thompson was also denied cancer treatment by the National Health Service unless he paid £54,000 ($75,000).4

All of these people—and many, many others are emerging—are in the country legally. Indeed, many essentially arrived with British passports, because the countries they came from were not yet independent. Nearly all of them lost access to housing, health care, or pensions. Some were handed bills for services they had used.5

Amazingly, none of this was a mistake. In 2014, the Conservative government passed an immigration act underpinned by a “hostile environment” policy aimed at undocumented immigrants. The goal was to make life so hellish that people would, in Mitt Romney’s words, “self-deport.” The British government even sent vans around black neighborhoods in London with the message: “In the UK Illegally? Go Home or Face Arrest.” The legislation effectively made any Brit—health professionals, teachers, employers, landlords—a border guard, authorized (and sometimes required) to check your immigration status; and it made every immigrant a suspect until they could prove they were legal.6

So someone like Braithwaite, who’d never had a passport, was suddenly asked to produce four pieces of documentation for every year he’d been in the country, stretching back over 50 years. And when he couldn’t, he lost his job.7

Even the British high commissioner to Trinidad and Tobago had the passport application for his Trinidadian-born infant son rejected. “You cannot be more British than the British High Commissioner but he wasn’t British enough,” tweeted the diplomat, who managed to sort it out. “Compared to the experience of many deserving British residents…my problems were trivial. But it illustrates a #HomeOffice that defaults to refusal wherever possible.”8