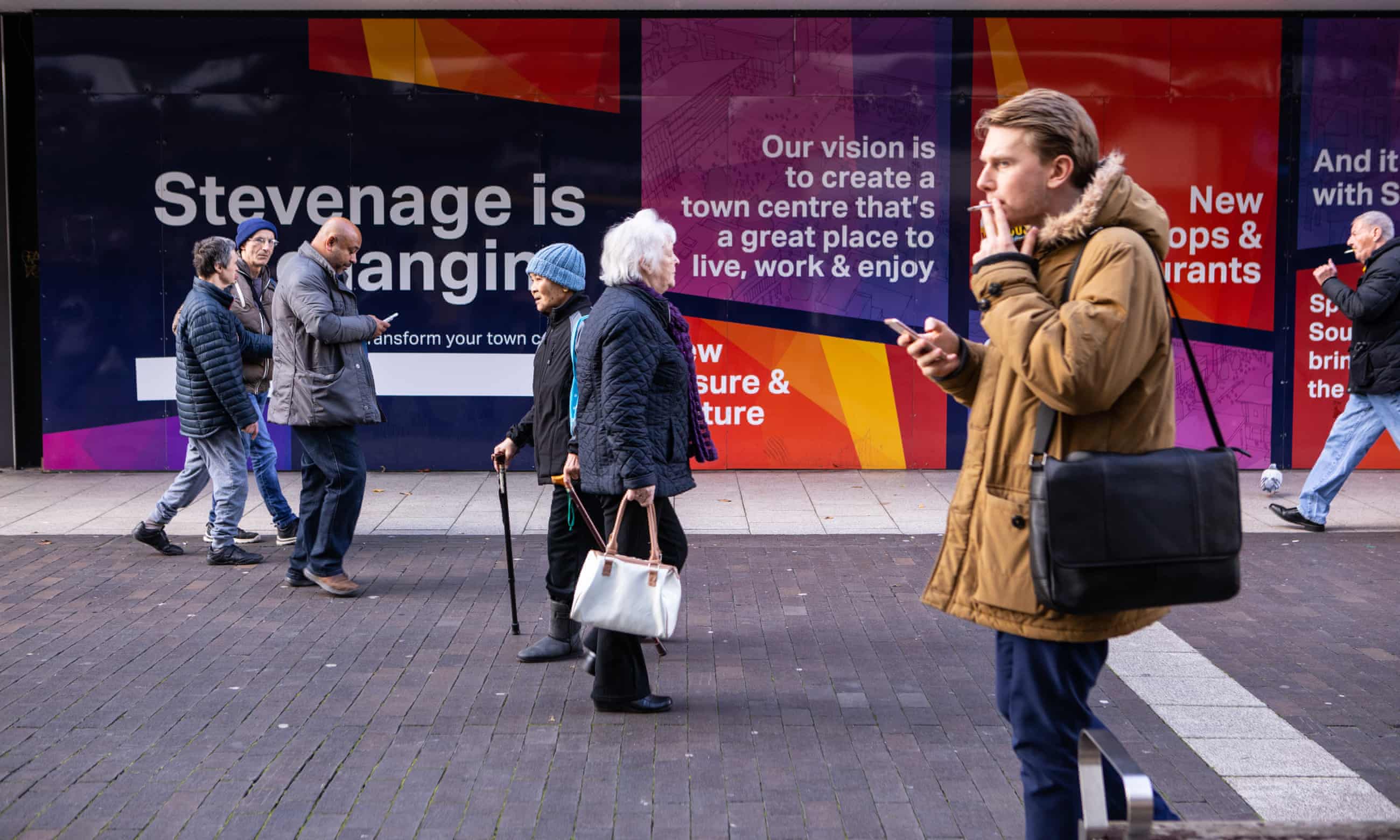 The view from Stevenage: 'I feel I have to vote to get Johnson out'
The Guardian,
Photograph: Antonio Olmos/The Observer

When Eric Harvey contacted the Guardian last month he was planning on voting Liberal Democrat. But he had reservations. Brexit was the main issue for Harvey, a retired registrar and post office senior manager who has lived in Stevenage for two years, but the Lib Dems’ complicity in austerity gave him pause. When I met him a couple weeks later, he was leaning towards Labour. His wife is one of the millions of women affected by the change in pension rules and he liked Labour’s promise on that front, while Labour is the only party that can beat the Conservatives in Stevenage.

“I don’t believe Corbyn or most Labour members are antisemitic,” said Harvey who is the descendant of German Jews. “It’s more to do with the way they’ve dealt with it. And I do worry about their economic policies. There’s an awful lot of money being banded about here and I’m not entirely convinced where it’s coming from. Who knows what’s going to happen over the next two weeks.”

And it did. A week later he emailed me to say he couldn’t stomach Labour. “After watching Corbyn’s interview with Andrew Neil and his refusal to apologise for the antisemitism in the Labour party, I feel I cannot now give them my vote,” he wrote. “The Greens are looking a likely option.”

When I called him earlier this week he was leaning back towards Labour. “The closer we get to the election the more I feel I have to vote to get Johnson out. I just can’t believe he’s the prime minister. He’s awful. And in Stevenage Labour’s the only party that can do that.”

The last week in a campaign generally involves shoring up your vote and delivering it to the polls. The trouble in Stevenage is that the parties don’t know where much of their vote is. The challenge is partly volatility: some voters, like Harvey, keep changing their minds.

It is also partly apathy; it’s close to Christmas and they just don’t want to talk or think about the election. Fatigue also plays a role: this is the fourth nationwide vote in four years and people are fed up. Ambivalence is a factor too: they have had enough of politicians, they don’t like any of the leaders and don’t believe anything will change.

For whatever reason, it means we enter polling day with considerable uncertainty about who will show up and what they will do when they get there. In Stevenage the Conservatives are defending a 3,348 majority.

Local Labour activists say they have seen evidence of a slight rise in the polls as waverers come home, but they fear it may be too late. The truth is they just don’t know. The election in 2017 isn’t much of a guide. Back then they had no idea how close they were, but were fuelled by the excitement of others. People honked their horns when they saw them and rushed from pubs waving Labour posters. In the words of Sade: “It’s never as good as the first time.”

Jeremy Corbyn comes up a lot more often than he did last time, they say. Voters generally cite one of three reasons for not backing the party under him: he’s too leftwing, he supported the IRA, or antisemitism. Stevenage is 63rd on Labour’s list of target seats, so no full-time party staff have been deployed here.

But they have reasons to be hopeful. Most of those who cite Corbyn as a problem haven’t backed Labour for years. Meanwhile the core vote is holding up, while support for the Tories is softening, as they bleed votes to the Liberal Democrats, and there’s a fair bet the spike in registered voters – estimated to be at least 2,000 – may break their way. 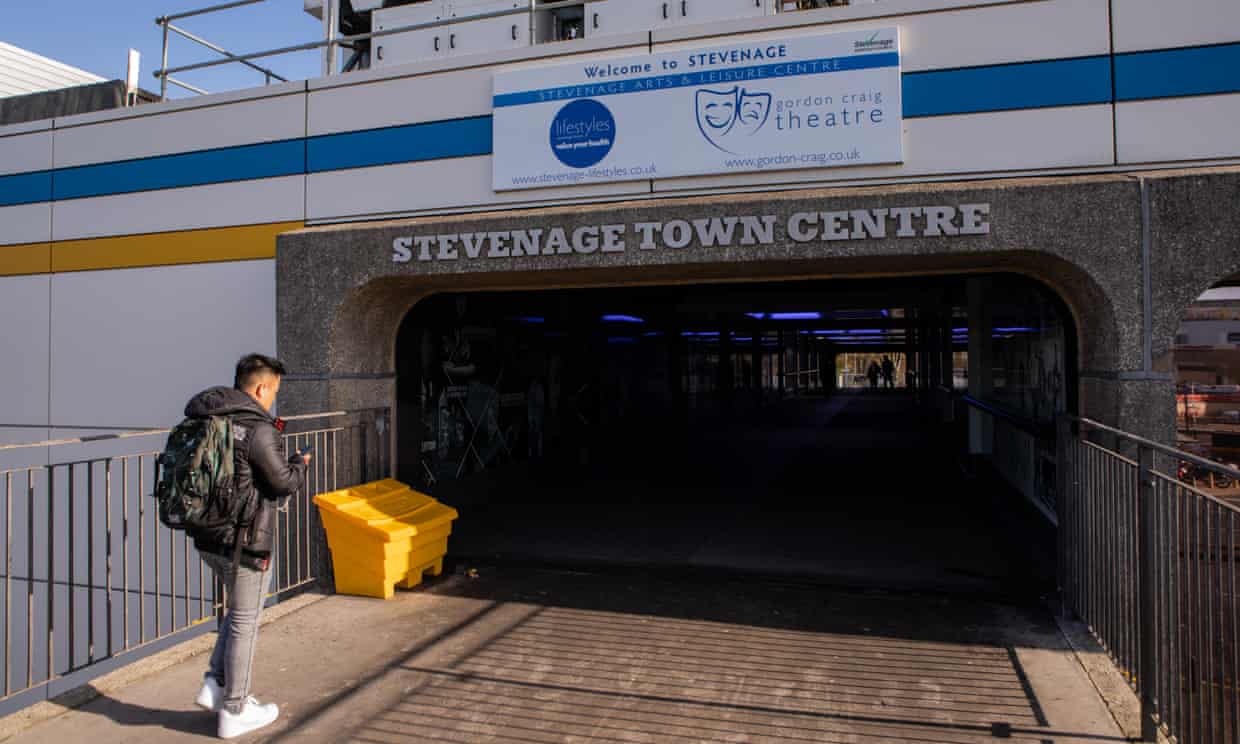 There is anecdotal evidence they are getting support from places they never had it before. Emma Skinner, the daughter of Jeff Bullock (my late mother’s former financial adviser who we met in my previous despatch), is supporting Labour for the first time after voting Conservative most of her life. “I feel I’m going to vote Labour because they are the party that’s going to give the money to the services that I think are important.”

Her daughter, Abbie Lay, has also switched from the Conservatives to Labour. “The main thing for me was the environment,” says Abbie, who’s studying pharmaceutical science. “We’ve got no future if we’ve got no planet. I’ve changed the way I live. I’m really conscious about what I buy. My whole skincare and shower routine is plastic-free now. I just don’t think the Conservatives are going to do anything for the environment. I can do all this stuff but it’s not going to make an impact at all unless the government does something about it and I don’t think the Conservatives are going to do anything.”

She doesn’t like Corbyn, however. “I get this vibe off him that he’s a bit of a snake.” She voted Tory before because she doesn’t like the way Labour “just throws money about”. But she thinks Corbyn wants to do the right thing, whereas Boris Johnson doesn’t. “He’s racist, homophobic, sexist. Basically I think he just doesn’t care.”

Even Dave, the manual labourer we also met in the last despatch, has managed to persuade one of his colleagues to vote for Corbyn. Labour fears it might all be too little too late, but they are leaving everything on the field.

The local party’s membership has grown at least four-fold since Corbyn became leader and far more active around local campaigns. Abby Clark, the constituency party secretary, joined the day Corbyn was elected. “I paid my £3 and when he won I thought I’d put my money where my mouth is.” On Saturday more than 100 people came out to canvas. Many were local though most were from north London or elsewhere in Hertfordshire.

On Sunday I went out with four, including one of whom had been coming from Arlesey, 20 minutes drive north, for the last three weekends and another from Cambridge.

When the story of this election is told there should be space, between the cynicism and disaffection, for the thousands who volunteered their time to traipse unfamiliar streets in the cold and half-light to persuade people of an agenda they believed in and a future they might share. Lin Martin-Haugh, a local councillor who was out that day, says she’s never seen anything like it. “When you see people come from so far to offer their solidarity it makes us want to come out more.”

In this street, a two-minute walk from where I grew up, the Labour vote is holding firm. The canvassers mark them down, tell them where the polling station is, ask them if they want a ride. Most people I spoke to in Stevenage had been canvassed by Labour; from the Tories they had just had a leaflet.

If the result is close here this will partly be why. In what may well be a low turnout, Labour has leveraged all its human resources to get out its known vote. It’s the voters they don’t know about that makes it feel so close.