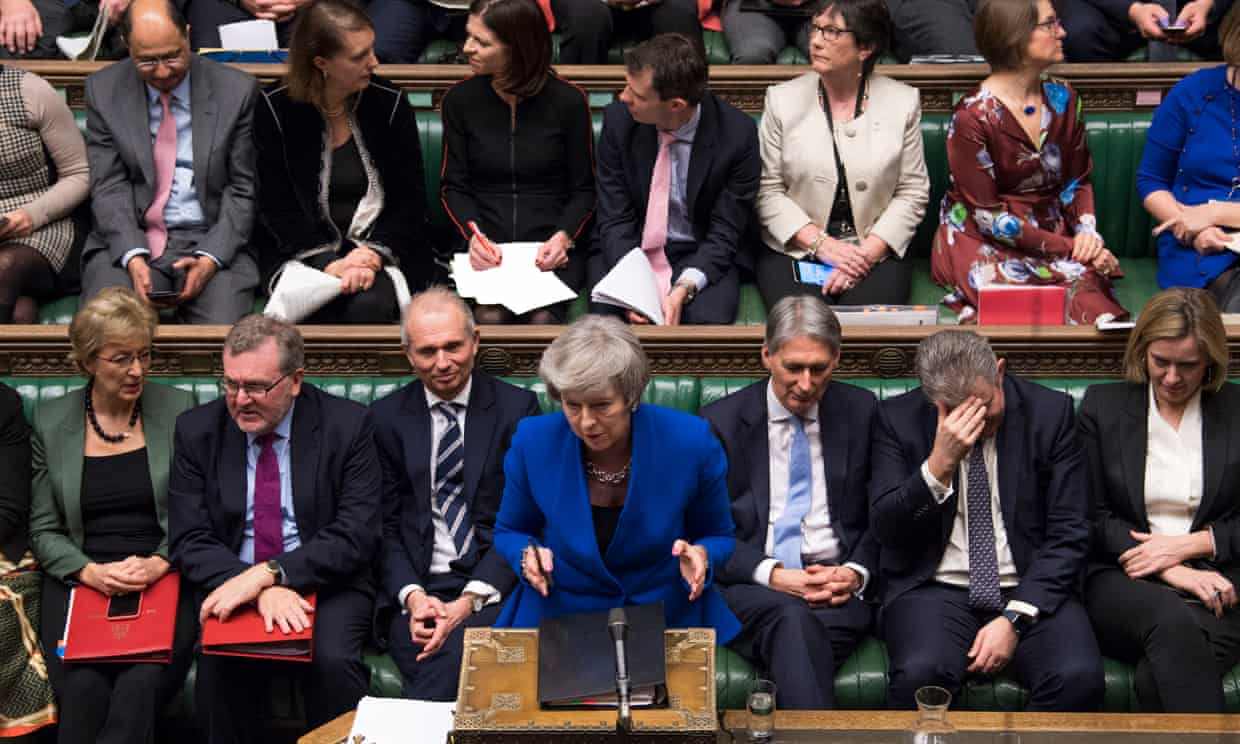 Back in 2017, when “strong and stable” was still a campaign slogan and not a laugh line, I sat in on a focus group of undecided voters in Harrow – home to two marginal seats in north-west London. Even then they didn’t like Theresa May much. Assuming she would be an effective negotiator, they appreciated her steeliness – the word “strong” came up twice, as did “Thatcher” and “clever”. But overall they found her unreliable and unrelatable. They described her, among other things, as a “liar”, “headmistress”, “busybody”, “uncaring” and “untrustworthy”.

Comparing her to Jeremy Corbyn, one said: “He’d buy a round, Theresa wouldn’t.” When asked if they would trust her to look after their home while they were on holiday, the consensus was: “The house, yes. But not the pets.” This is Britain. If she can’t be trusted to get a round in or look after pets, I doubt May would have passed one of her own Home Office “British values” tests.

Then came the dementia tax, the loss of her majority, mass resignations, the Windrush scandal, the votes of no confidence both from her party and parliament, and the deal that was dead on arrival.

Indeed, to dwell on her shortcomings as prime minister, at this point, feels unnecessary. Nobody seriously denies them. She lacks a plan, a prayer, a mandate, a majority, a message or a clue. To channel Rob Fleming, the protagonist of Nick Hornby’s High Fidelity, she has lost “the plot, the subplot, the script, the soundtrack, the intermission, her popcorn, the credits, and the exit sign”.

“This is now the time to put self-interest aside,” she told the nation on Wednesday night. “It’s time for us to come together, put the national interest first – and deliver on the referendum.” With 71 days to go, after a series of predictable if damning results, this is not only her best idea but apparently her only idea. It makes you wonder what she thought she was doing during the previous two years and six months.

So when Westminster expresses confidence in May, it says more about Westminster than it does about her. MPs’ decision – that this is the person to lead in uncertain times through an intractable crisis to a destination as yet unknown – demands interrogation.

The primary logic is of course crudely partisan. May has spent her premiership not trying to unite the country but her party. She has failed, but her party appreciates the effort. It wasn’t Westminster who backed her on Wednesday but the Tories and the Democratic Unionist party, who were paid £1bn for their trouble. Last month a third of Tory MPs said they would rather have another party leader. But having failed in that bid, they would rather have May than Corbyn as leader of their country. So more than 100 Tories voted first to get rid of her, and then to keep her.

It’s not difficult to see why. Corbyn is a socialist and has proved himself to be an effective campaigner. The last 10 polls show the parties are close, with the Tories leading in four, Labour ahead in four and two tied. Given that Labour managed to close a 21-point gap during the last election campaign, May has vowed not to lead the party into another election and any successor would deepen already infected wounds, the Tories would rather muddle through than double down. So the last few months have illustrated less confidence in her than a lack of confidence in their own party to find a viable successor or prevail before the electorate.

As such, May is being sustained by Conservatives not for her ability to lead, but for her capacity to persist as a combination of placeholder, blocker, piñata, instrumental cipher and lesser of all evils. Like a dancing, coughing metaphor for her failed EU deal, she remains inadequate yet more popular and less divisive than any alternative they can think of thus far. They support her in precisely the same fashion Lenin advised communists to support the Labour party – “as a rope supports a hanged man”.

In the coming weeks we may well see the degree to which her own party holds her less in confidence than contempt. With her standing so low and her grip on events so tenuous, those in her party keen on a solution consider her at best unhelpful and at worst an active impediment to progress. According to the Times, one “senior Tory figure” says the push for dialogue will be easier without her. “While the prime minister has huge strengths, she is not a person to have a consensus discussion with,” he said. An unnamed cabinet minister was more blunt: “She’ll suck out of the room any goodwill there is.” Meanwhile the amendment suggested by Tory MP Nick Boles, giving MPs the power to work out a cross-party agreement and put it to the vote, reduces the government to just a bit-part player.

This has been a long time coming. On the night of the general election, watching her gamble fail and her majority disappear, she read the bland, prepared words she had been given. Back at Conservative party headquarters, according to Tim Shipman’s book Fall Out, one of her communications team tried to enthuse crestfallen staffers. “If there’s one thing we can do here,” he told a colleague, “it’s when she finishes we just have to clap.” In a precursor to the hollow rejoicing in the Commons after the no-confidence motion was defeated on Wednesday night, they clapped alone.

follow on twitter
RT @TalawaTheatreCo: Hey! We're looking for new young trustees aged between 18 and 25. Join us, and help shape the future of Talawa. All d…
RT @RSLiterature: To kick-off our #LiteratureMatters #RSL200 Autumn/Winter events, join @DavidHarewood & @GaryYounge live @britishlibrary t…
RT @gavinesler: The prime minister of the United Kingdom in his own words ….
RT @EuceEsc: We are so excited to announce that during Pitt's #InternationalWeek2021, Gary Younge will be (virtually) delivering the 2021-2…
There are so many wonderful things about this photograph. https://t.co/w46AJycfA1
@DavidHarewood @britishlibrary Can I have your pies?
RT @DavidHarewood: @DavidHarewood /@garyyounge It’s ON! See the heavyweight battle everyone’s talking about! @britishlibrary for ONE night…
@carysafoko @DavidHarewood @britishlibrary Spite. It’s my superpower
Very much looking forward to being in conversation with @DavidHarewood at the @britishlibrary in London on October… https://t.co/ccIdLj0jU8
RT @typemediacenter: For @BritishVogue's September 2021 issue, Type Fellow @garyyounge spoke with the Barbados Prime Minister @miaamormottl…
© Gary Younge. All Rights reserved, site built with tlc
Tadalafil online us Buy discount vardenafil Antabuse buy Buy valtrex online with free samples Where can you buy cialis Buy sildenafil generic online How to get a cipro prescription from your doctor