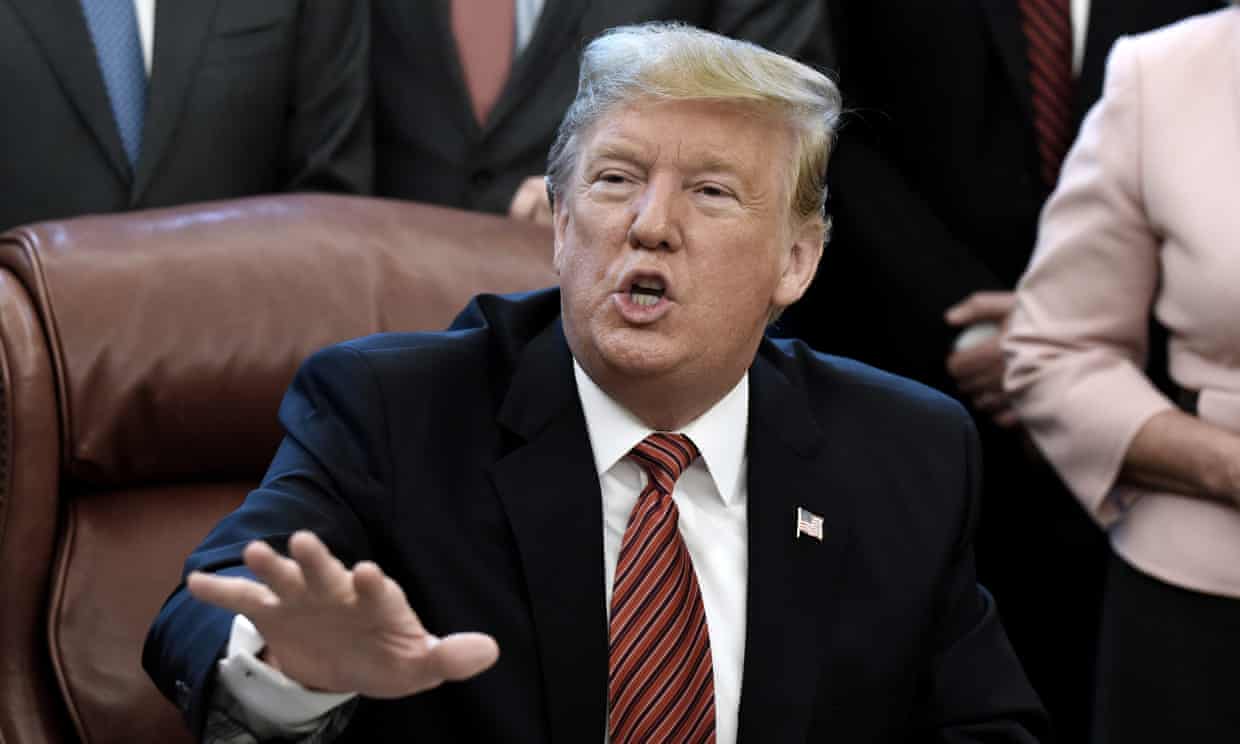 Trump and the Brexiters must own the mess they lied us into
The Guardian,
Photograph: Rex Features

Three years ago, shortly after I arrived back in Britain after 12 years in the US, my gas meter was stolen. When the new one arrived it bore a note, insisting that it should not be stolen. It reminded me of the poster in the window of the Boys and Girls club at the top of my street in Chicago that read: “Stop killing people.” Some things, should not need to be said.

So it was on Wednesday as MPs passed an amendment demanding the government come back with a plan B within three days, if the Brexit deal is defeated next Tuesday. The real scandal was not that the Speaker, John Bercow, had to creatively interpret parliamentary rules so that the vote could take place, but that the vote was necessary at all. Plan A isn’t up to much. It was withdrawn last month at the 11th hour because it was clearly going to be voted down. Nothing has changed. It will almost certainly be rejected next week. Time is running out. We have no hat and the EU wouldn’t lend us a rabbit to pull out of it even if we did. Under these circumstances the government shouldn’t be forced to come back with a plan B in a timely fashion. When it comes to backups they should be well down the alphabet by now.

Six hours after MPs trooped through the division lobbies to defeat the government, US president Donald Trump walked out of a meeting with Democratic leaders, ostensibly aimed at resolving the partial government shutdown, because they refused to fund his border wall. Heading into its third week, this is now the longest shutdown for 23 years. Polls show that most Americans don’t want a wall on their southern border and a growing number blame Trump for the deadlock. In a gut punch to a president who cannot distinguish between running a country and hosting a reality show, the Democratic rebuttal to his Oval Office speech on the shutdown got better ratings than the speech itself.

We start a new year in a state of transatlantic political paralysis. In Britain, parliament has taken back control from a flailing government in pursuit of the least bad option. Brexit, it transpires, does not mean Brexit; it means whatever we can agree on, which may be nothing at all. In the US, it turns out, not only will the Mexicans not pay for the wall, but the Americans aren’t too keen on stumping up for it either. Sightings of butt-naked emperors are now no longer newsworthy.

The simultaneous unravelling of the Trump agenda and the Brexit process provides a useful lens through which to understand the trajectories of the past few years in both countries. Oppositional in nature, both Trump and Brexiters thrived on galvanising longstanding discontent and prejudice through inflammatory rhetoric and egregious falsehoods, and aspired to make noise not change. They did not invent these states of affairs – they inherited them and exploited them. Both Republicans and Conservatives were already riven and prone to gesture politics. “We have to get something out of this,” insisted former Republican congressman Marlin Stutzman during the last major US shutdown of 2013 with characteristic futility. “And I don’t know what that even is.” 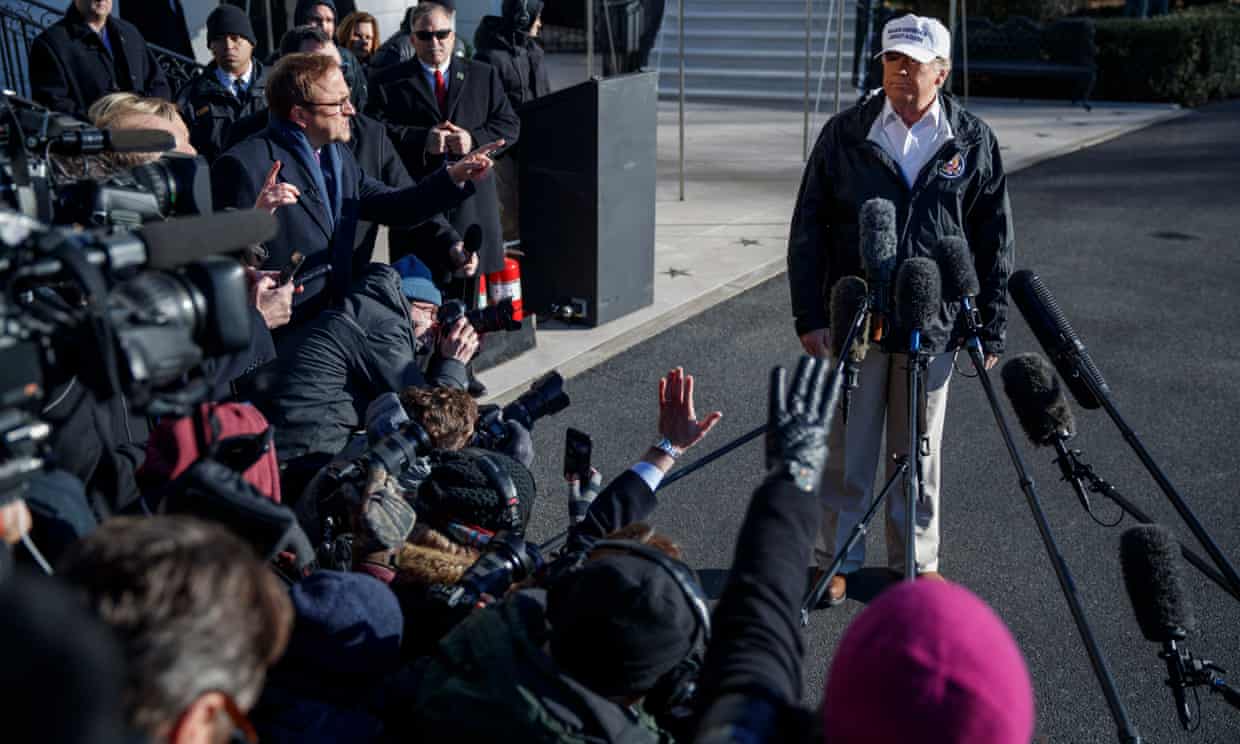 ‘Donald Trump’s threat to “do” a state of emergency illustrates how failure can engender desperation.’ Photograph: Shawn Thew/EPA

In both cases they won not arguments but elections, by narrow margins, against all expectations, including their own. Globally, these victories cannot be understood outside the broader rise of the populist right from Brazil to Germany. Locally, they can be misunderstood as an ideological assault, rather than a political and electoral realignment, following the financial crisis. Boris Johnson is no Margaret Thatcher and Steve Bannon is no Milton Friedman. Amid all the talk of rightwing populism on both sides of the Atlantic, it is worthwhile remembering just how unpopular they are. Republicans have only won the popular vote once since 1988; the Tories have only won a parliamentary majority once since 1992. Meanwhile, Democrats and the young are growing keener on socialism than capitalism, and in the two British national electoral contests since 2016 the right lost significant ground.

Having promised the earth, their cheap rhetoric has butted up against hard realities and is running aground. Economically, diplomatically, politically and strategically they appear to be reaching their limits. Reduced to their devoted core, they are unlikely to gain allies, personnel or supporters. The numbers aren’t there; we have seen too much. That doesn’t mean they can’t do more damage, particularly in the US where Trump is still in office. His threat to “do” a state of emergency illustrates how failure can engender desperation. While they are unlikely to grow in size they can still grow in intensity. A person with a wrecking-ball can make a big difference, especially when they have no intention of building anything.

A key question is how the failure of these two projects is framed. The right will, of course, claim betrayal. That is not simply central to their strategy, but their identity. A broad, unfocused and potentially incendiary sense of grievance is in no small part how we got here.

The left’s challenge will not simply be to counter those claims but to circumnavigate them. Trump and Brexit are products of a political and economic crisis. The left needs to locate them in that context and offer a solution for the future, not a lament for the past. The grievances on which they preyed didn’t come from nowhere. Not all of them are valid, fact-based, rational, honourable or coherent, but that doesn’t stop them from being keenly felt. None should be indulged, all should be engaged. Those who lied us into this mess should not be allowed to lie us out of it.