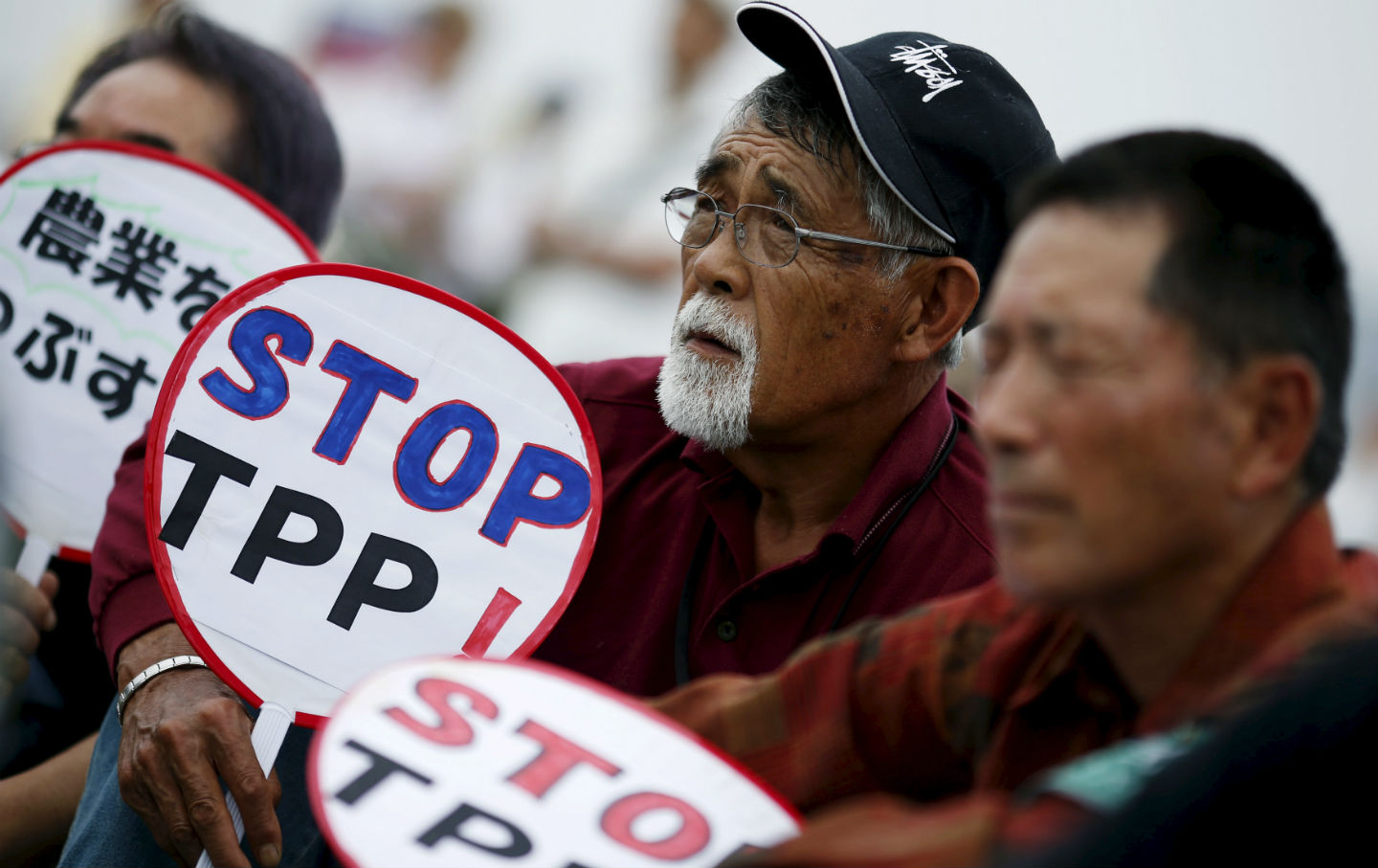 If there’s one thing more disconcerting than Republicans opposing Barack Obama at every turn, it’s the rare occasion when they actually agree with him. True, the gridlock resulting from their dysfunctional obstinacy is unproductive. But there is something comically reassuring about the predictability of their childlike tantrums. If Obama said Rachel Dolezal was white, the GOP would swear blind she is black.

So when Obama recently teamed up with congressional Republicans to try to ram through the Trans-Pacific Partnership (TPP) against the wishes of the labor unions, his own party, and the progressive movement in general, he was modeling the kind of bipartisanship we could all do without.

The TPP is a deal among the United States and 11 other nations in Asia, Australasia, and the Americas that has been negotiated mostly in secret and that would lower tariffs, gut regulations, depress wages, and wreck the environment, all in the name of “free trade.” The first attempt at passing it through Congress failed after a Democratic rebellion. As of this writing, Obama was working with Republicans to try again.

The TPP is an appalling initiative on its own terms. Labor unions and others are right to point out that it will hurt American workers. Moreover, Obama’s pursuit of it is as clear a betrayal of his candidacy as one is likely to find. When running for president in 2008, he said: “I voted against CAFTA [the Central American Free Trade Agreement], never supported NAFTA [the North American Free Trade Agreement], and will not support NAFTA-style trade agreements in the future.” Former Labor Department secretary Robert Reich has described the TPP as “NAFTA  on steroids.”

But left there, the analysis of the TPP’s flaws would be entirely solipsistic. The fact that it will be bad for America isn’t actually the worst thing about it. When viewed through the wider lenses of underdevelopment and migration, the pact illustrates much of what is wrong with the neoliberal global framework the West has erected over the last 30 years.

Given Congress’s refusal to pass comprehensive immigration reform, what the TPP helps build is a world in which capital is free to roam wherever it pleases, while borders remain closed to people. While machines and money may scour the globe in search of cheaper labor, weaker unions, and looser regulations, people are stopped from crossing borders in search of the kind of work that might pay them enough to feed their families.

It’s a system in which economic and military power go hand in hand. “The hidden hand of the market will never work without a hidden fist,”

’s Thomas Friedman once wrote. “McDonald’s cannot flourish without McDonnell Douglas, the builder of the F-15. And the hidden fist that keeps the world safe for Silicon Valley’s technologies is called the United States Army, Air Force, Navy and Marine Corps.”