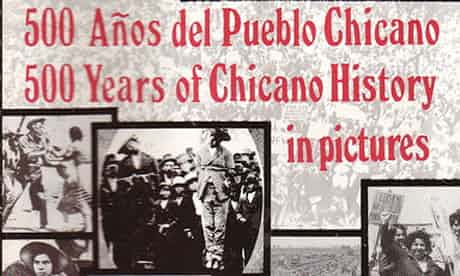 Not long after I arrived in the US, in 2003, some white Americans would challenge me over my opposition to the Iraq war, referring to it as a form of appeasement. "If it wasn't for us, you'd be speaking German," they'd say. Given that my ancestors were taken to Barbados as slaves, and then immigrated to Britain as colonial subjects, this seemed a peculiar charge.

History, in both its recording and retelling, is not an objective account of bygone events. Everyone comes to the past from a perspective shaped by a range of influences and experiences. Refusing to recognise those influences is not the same as not having them. It simply disables people from interrogating why and how they know what they know and believe what they believe.

"Every human being at every stage of history is born into a society and from his earliest years is moulded by that society," writes the late, renowned historian EH Carr, in "Society and Individual" from What is History?. "Both language and environment help to determine the character of his thought; his earliest ideas come to him from others. The individual apart from society would be both speechless and mindless."

That does not entitle people to their own facts. But if history were simply a collection of facts, we could get computers to do it.

It's not. The historian's task is to sift, arrange, prioritise and contextualise those facts to produce a narrative that is not just accurate but plausible, clear and intelligent. "The facts speak only when the historian calls on them," argued Carr, in another essay, "The Historian and his Facts", almost 50 years ago. "It is he who decides to which facts to give the floor, and in what order or context … It is the historian who has decided for his own reasons that Caesar's crossing of that petty stream, the Rubicon, is a fact of history, whereas the crossing of the Rubicon by millions of other people before or since interests nobody at all."

Black History Month, which begins today in the US, gives us all a chance to rescue stories that have been discarded, correct stories that have been mistold and elevate stories that have been downplayed. Black history is not a subgenre of history. Nor does it stand apart from other histories. It makes no more or less sense than American history, Jewish history or Tudor history. Nor is it any more or less diverse – black historians don't agree on everything just because they're black. Partial, interconnected, necessary, it is simply the world's history told either about or through the prism of a particular group of people.

Recent events in Tucson, Arizona pose a direct threat to the very logic on which Black History Month (not to mention to mention the "heritage months" dedicated to Hispanic, Asian Pacific and Native American histories) now stands. The Tucson Unified School District, where 60% of the students are Latino, will today be forced to shut down its Mexican American studies program or lose as much as $14m of funding from Arizona state. A few weeks ago, officials went into schools and "confiscated" seven books from the classrooms deemed to promote "ethnic resentment". Among them were several classics including Pedagogy of the Oppressed, by Paulo Freire, and Rethinking Columbus: The Next 500 years, by Bill Bigelow.

"This is a book that has sold over 300,000 copies and is used in school districts from Anchorage to Atlanta, and from Portland, Oregon to Portland, Maine," Bigelow told the New York Daily News. "It offers teaching strategies and readings teachers can use to help students think about the perspectives that are too often silenced in the traditional curriculum …

"The only other time a book of mine was banned was in 1968, when the apartheid government in South Africa banned 'Strangers in Their Own Country', a curriculum I'd written that included a speech by then-imprisoned Nelson Mandela."

Arizona's state superintendent of public instruction, John Huppenthal, who has championed the book banning and the abolition of Mexican American studies in Tucson, argues the curriculum fosters "ethnic resentment" and advocates "racial solidarity". "What we want to do is to create a society in which everybody is working for a better tomorrow," he said.

Whether teachers are fostering resentment is impossible to prove, although Latino youth in Tucson do not appear any more resentful than anywhere else. Not that there isn't plenty to be resentful about. Latino children in Arizona are more than twice as likely to grow up in poverty as whites, almost twice as likely to be incarcerated and far less likely to graduate from high school. There is, however, plenty of evidence that Huppenthal has being doing his best to make sure Latino youth have as worse a tomorrow as is possible.

In 2010, he supported SB1070, a law that effectively made racial profiling legal by requiring police to attempt to determine an individual's immigration status during a "lawful stop, detention or arrest" when there is reasonable suspicion that the individual is an "illegal immigrant". The day before the law was to take effect, a federal judge issued a preliminary injunction blocking its most controversial provisions. As the New York Times pointed out in an editorial last month:

"If Mr Huppenthal wanted to diminish resentment and treat Hispanic students as individuals, he picked a lousy way to do it. His action has Hispanic critics saying they feel their culture is under attack – and has students in a well-established, well-liked program feeling dejected."

The other key supporter of the ban, Arizona attorney general Tom Horne, insists the problem with Mexican American studies is that discrimination is a "downer". "We should be teaching these kids that this is the land of opportunity and that if they work hard they can achieve their dreams," he told CNN's Anderson Cooper recently. "Not teach them the downer that they're oppressed and that they can't get anywhere and they should be angry against the government and angry against the nation."

"So is there no racism today and is that something that should not be discussed?" asked Cooper.

Social justice advocates have launched a teach-in campaign, "No History is Illegal", starting today to protest the measure. (Disclaimer: my wife is the director of the Education for Liberation Network, which is involved in the campaign.) They should have our full support.

One of the most salient lessons of black American history is the effectiveness of solidarity. As in its policing (the state's stop-and-search laws were copied in more stringent form in other states), so in education: Arizona could set a dangerous precedent that might be used against women's studies, queer studies and, yes, Black History Month. In short, these measures seek not to teach history but to preach nationalist mythology, aimed at raising not so much open-minded critical thinkers as blind patriots. We have been here before.

"One is astonished in the study of history at the recurrence of the idea that evil must be forgotten, distorted or skimmed over," argued African American civil rights champion and intellectual WEB Dubois.

"We must not remember that Daniel Webster got drunk but only that he was a splendid constitutional lawyer. We must forget that George Washington was a slave owner … and simply remember the things we regard as creditable and inspiring. The difficulty, of course, with this philosophy is that history loses its value as an incentive and example; it paints perfect men and noble nations, but it does not tell us the truth."

follow on twitter
RT @BernardineEvari: Please follow the groundbreaking online #MuseumofColour UK, founded by the unstoppable Samenua Sesher. The 1st gallery…
RT @EthnicityUK: Gary Younge is interviewed by @sonikkalogan about his work on racism and gun violence in @the_hindu #DataPoint podcast. h…
RT @thefreedomi: 🚨 NEW: Saudi women’s rights activist & academic Salma al-Shehab was sentenced to 34 years in prison + 34 year travel ban f…
RT @LRB: #DawnFosterForever! On Thursday 15 September at the @LRBbookshop, @BizK1, @piercepenniless, Lynsey Hanley and @garyyounge will d…
RT @ShowunmiV: This is how we support Black women and girls https://t.co/8YmgV21zHo
RT @sonikkalogan: It's #DataPoint Pod Thursday! In this week's episode, I talk to @noraneus, @garyyounge and @Casey_J_Wooten about the U.S.…
RT @bgnoiseuk: Next month, @LRBbookshop will host an event to celebrate the life and work of Dawn Foster with @BizK1, @piercepenniless, Lyn…
Help me Twitter. The quote: ""You can cut all the flowers but you cannot keep Spring from coming." is most commonly… https://t.co/Xs7JkiOEd5
RT @the_hindu: #DataPoint | This Thursday, @sonikkalogan takes a look at the #US gun violence epidemic, as mass shootings continue to grow…
City workers get double-digit wage rises while lowest-paid see 1% increase - “Them’s the breaks” https://t.co/XeVyG72iA5
© Gary Younge. All Rights reserved, site built with tlc
Buy xenical amazon Tetracycline for sale Imitrex and naproxen together How to get tegretol Best place to buy adcirca online Zanaflex pills online Can you buy avapro over the counter Get propranolol Can you take celebrex and naproxen together Buy kamagra online uk