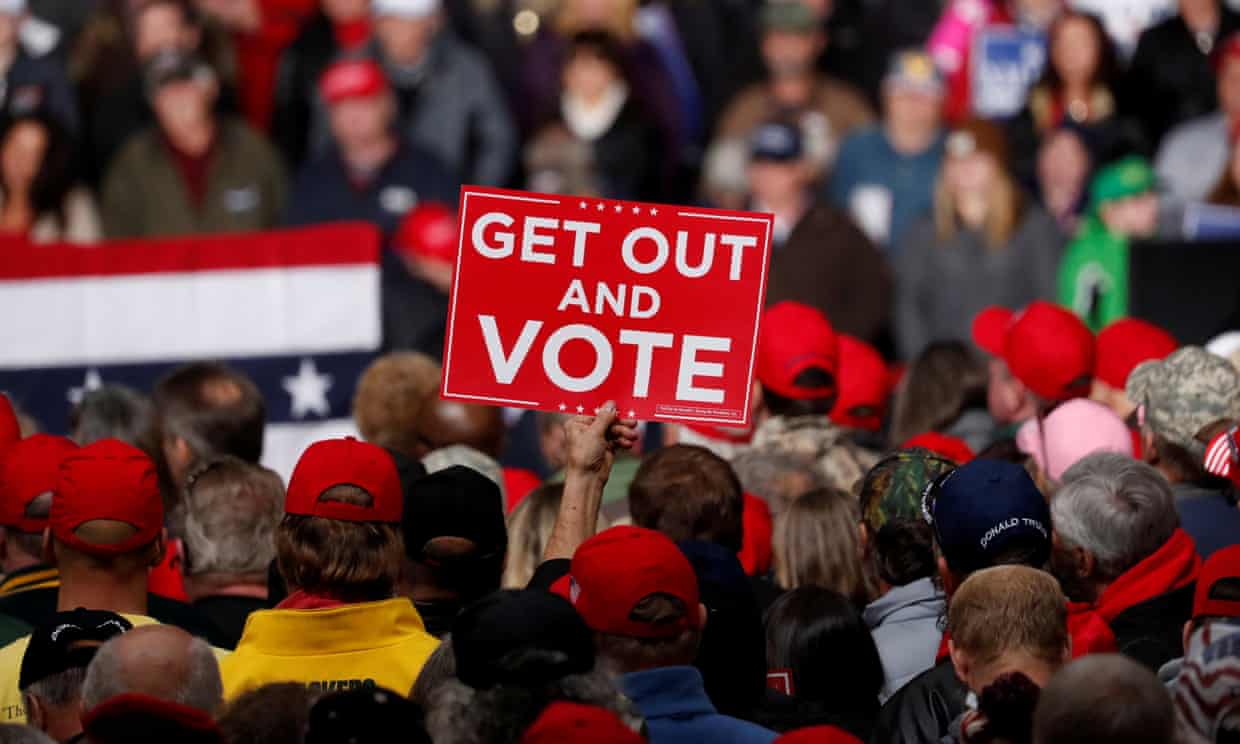 On Saturday in the middle of the day a Latino man, half-dressed and barely awake, answered a knock at his door.

“You can vote today if you want at the Chavez centre,” the Democratic canvasser told him.

People say all sorts of things to get a canvasser off their front step. But 20 minutes later the man drove by fully dressed as she was still knocking doors. He had tried to get to the Chavez centre, he told her, but there were roadworks. Could she suggest a different route?

This is the kind of sign activists and operatives are looking for just a few days before the crucial midterm election: enthusiasm. With few people switching from one party to another, the challenge is not to persuade people to vote for your party, but to persuade your party’s supporters to get out and vote. 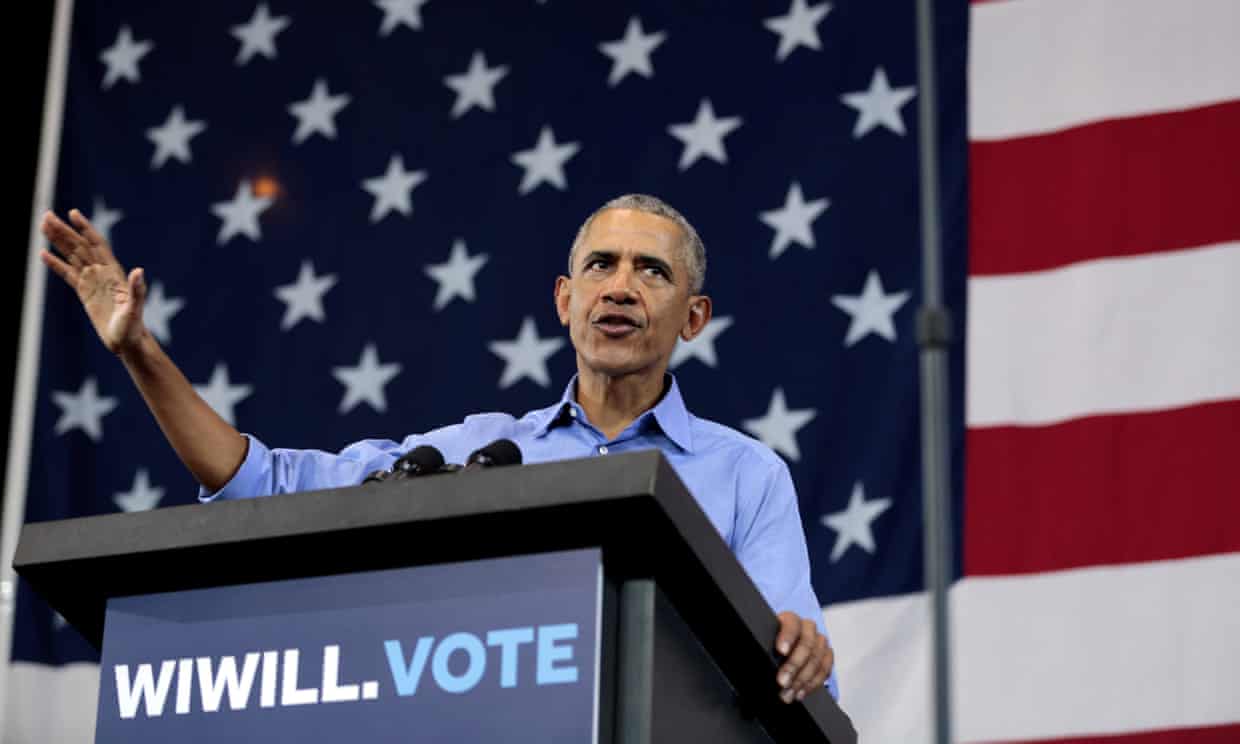 Racine, Wisconsin, is a post-industrial town, which sits between Chicago and Milwaukee on the western shore of Lake Michigan, where both jobs and poverty are plentiful and wages are stagnant. When it comes to voting, the county of the same name bends to the national breeze. It has voted, with fairly narrow margins, for every president since 1992, lurching from backing Bill Clinton, George W Bush and Barack Obama twice, before plumping for Donald Trump in 2016.

Early voting in the city is already close to where it was four years ago, and there are still a couple of days to go. Wisconsin as a whole has already set a record for midterm elections.

This didn’t happen by accident. Obama was in Milwaukee just the day before, firing up the base. He lambasted Republicans for “just making stuff up”, and when the crowd booed at his adversaries he shouted over them: “Don’t boo. Vote.”

A couple of hundred miles north people queued overnight so they could see Donald Trump in Mosinee. Speaking to a capacity crowd – not everybody got in – on the day pipe bombs were discovered to have been sent to some of those he has lambasted, he called for an end to “treating political opponents as being morally defective”. He then went on to more familiar terrain, calling for lower taxes and tougher border control as the crowd chanted: “Build the wall.”

Former vice-president Joe Biden spoke on a college campus in Madison and the one-time primary contender Bernie Sanders spoke at a union hall in nearby Kenosha. Democrats feel they have a particular responsibility to campaign here, partly because nobody came in 2016. They thought Wisconsin, which had not voted Republican since 1984, was safe. Trump took it with a 0.8% margin. 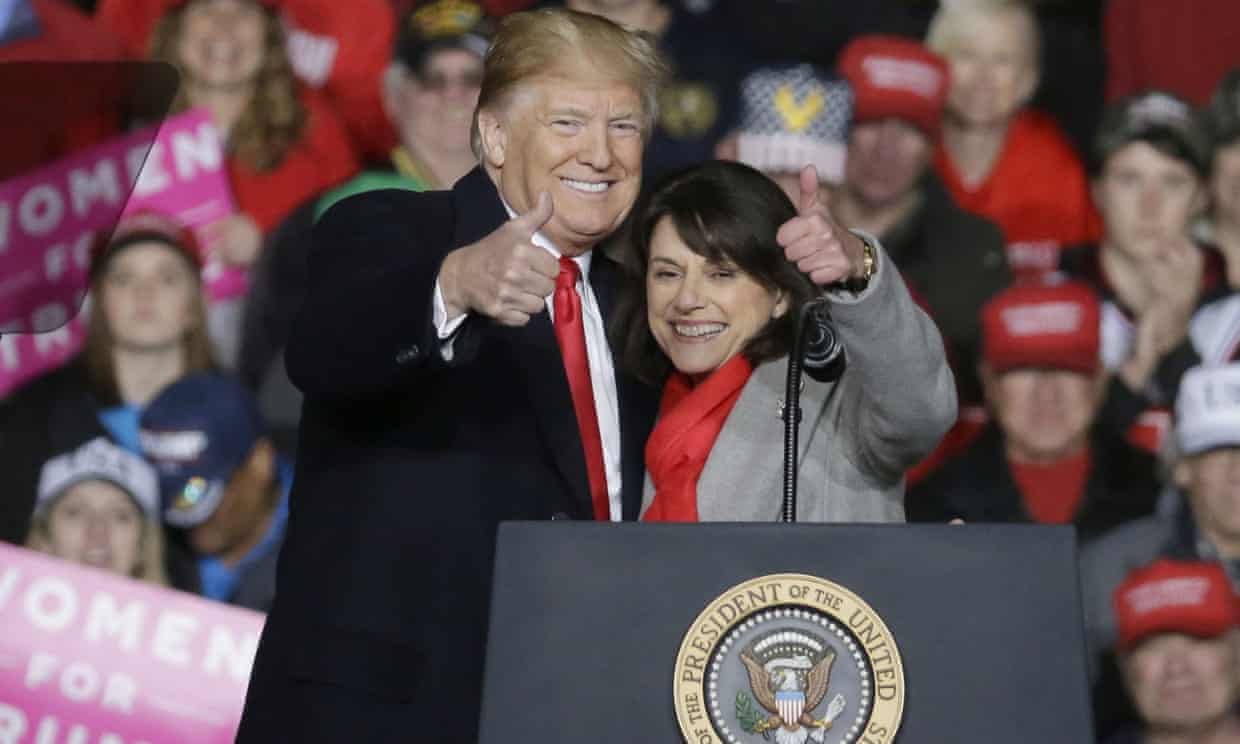 But the state has also attracted such a star cast partly because there’s so much at stake. The Democrats are defending a Senate seat, which looks fairly safe. The Republicans are defending the governorship, where there is everything to play for. This would be the totemic prize for both sides. The Republican governor, Scott Walker, became the face of austerity after he slashed budgets, benefits, pension rights and union power for those in the public sector. After huge protests, a Democratic effort to recall him failed. He has never been this vulnerable. Republicans know it and are confused by it.

And then there is an open seat left vacant by the Republican house speaker, Paul Ryan, which includes both Racine and Kenosha. This should be a shoo-in for Republicans, who have a clean-cut if somewhat robotic corporate lawyer, Bryan Steil, standing against rough and ready ironworker Randy Bryce. But it’s precisely the kind of seat that could fall to the Democrats if there is a blue wave – a national surge in their favour. Judging by the nastiness of the Republican attack ads, attacking Bryce for not paying child support when he was unemployed and another featuring his brother claiming Bryce, who has been arrested nine times at demonstrations, is anti-police, there is everything to play for.

At the entrance to the Kenosha county Republican offices there are badges for sale declaring: “Girls just want to have guns” and another with a pink-lined pistol that says: “I carry a handgun because my rifle doesn’t fit in my purse.” Erin Decker, the chair of the local party, says: “I sense more enthusiasm since this Kavanaugh circus,” referring to the demonstrations over sexual assault allegations against the recently confirmed supreme court justice Brett Kavanaugh. “The caravan coming to the southern border is really firing up everybody too.”

As I walk out a woman walks in and asks for a yard sign. Republicans also believe momentum is on their side. Her greatest fear too is complacency.

Privately, Democrats concede the party may not have learned the organisational lessons of the 2016 election and may once again fail to mobilise the black and Latino base without which they cannot win. The city is roughly 45% non-white and there is plenty to vote about. This summer there have been a series of Immigration and Customs Enforcement (Ice) raids that have seen undocumented people picked off the street, detained and prepared for deportation. Meanwhile Racine has one of the highest racial discrepancies in incarceration between black and white in the state, and the state has one of the worst in the country.

Corey Prince, an African American community organiser, from Racine, says black voters are energised now in a way they weren’t in 2016. But they are motivated by the candidates they like, not the president they don’t, he insists. “We’ve seen Donald Trump in some form or fashion every single day of our life. We have to deal with him at the job, we have to deal with him at the store, we have to deal with him as a landlord, as the police officer, the judge and the district attorney. We experience people spouting views that are misaligned with the culture of society all the time. It’s only shocking to people who didn’t think people don’t talk like that. We don’t need him to get out the vote,” he said.

Listen to Today in Focus

Gary Younge visits Racine, Wisconsin, one of the bellwether races in the midterms. In recent history the city has been a reliable predictor of which way the country will swing. But how much will the Trump factor influence the result?