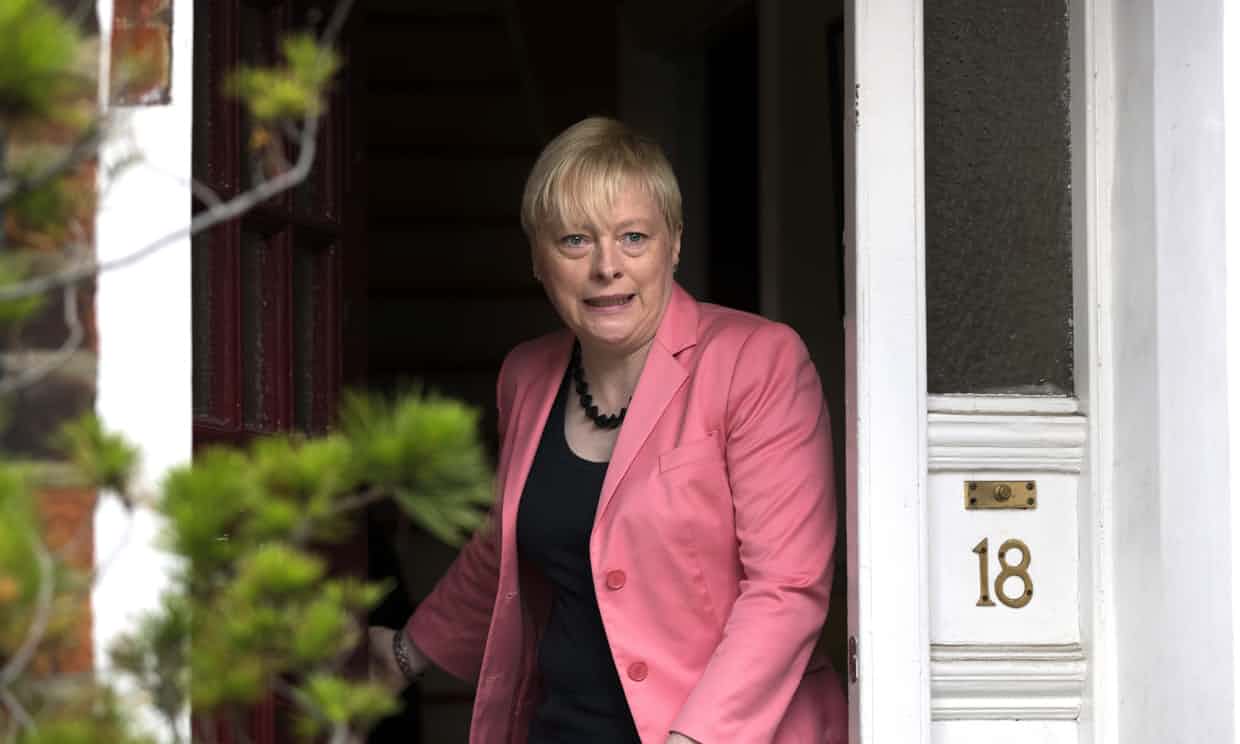 If there was a single lesson politicians should have learned from the last few months, beyond the fact that a significant proportion of the population don’t trust them, it’s that it if you’re going to fabricate a crisis that will lead to division and rancour, you should at the very least have a plan B.

Angela Eagle barely seems to have a plan A. She wants to get rid of Jeremy Corbyn. Well, reasonable people can disagree on whether that makes sense. But that in itself is not much of an agenda and raises the obvious question, “What do you want to replace him with”? Corbyn was not elected for his personality but for his politics. His victory was emphatic. His election was part of a global moment that has seen a left resurgent across Europe as well as in the US. So whoever seeks to replace him needs to engage with that.

Apparently that’s not going to happen. Significantly missing from Eagle’s announcement was a single idea about what she would actually do. “I’m not a Blairite. I’m not a Brownite. I’m not a Corbynista. I am my own woman,” she said. Quite what that means for the rest of us is difficult to tell. She supported the Iraq war, voted against every effort to investigate it; she voted for the bombing of Syria, she voted for the introduction of tuition fees and for raising them to £3,000, and abstained on welfare cuts. That sounds pretty Blairite to me.

I find it difficult to imagine that the Labour party membership is clamouring for a leader who is pro-war and ambivalent about austerity. The Brexit vote suggests they want something more; the Chilcot report suggests they deserve something better. But we’re about to find out. She’s promising to unite the party. But around what and to what end? She spoke about party disunity as though she had no part in it. Corbyn could do better. But there is worse than Corbyn. Some have described this as a battle for the soul of the Labour party. It’s looks to me like a battle to see whether Labour should have a soul at all.

Show, not tell, they say, and everything about the standing of Labour was shown when the live TV coverage switched away in unison from Angela Eagle’s challenge to Jeremy Corbyn – only to while away the time before Andrea Leadsom emerged to crown Theresa May prime minister in discussion over when the removal van should be booked for No 10. The Tories have always done political assassination much more efficiently than Labour.

Labour is in the depths of a crisis that is potentially terminal. It has become irrelevant – not just to the broadcasters anticipating a new prime minister, but to great swaths of the country too. This is different from the early 1980s, when Labour nearly came third to the SDP/Liberal alliance in share of the vote in the 1983 general election.

Now it feels as if politics itself is crumbling. It was striking that one of the commitments that Theresa May made in a speech that already feels several aeons ago (but was in fact just an hour before Angela Eagle’s) was to restore public confidence in government’s motives.

Eagle looked and sounded competent and determined. She is always engaging. She delivered her short speech explaining her decision to challenge with passion. She promised that if she got the chance, she could turn the parliamentary Labour party into a credible alternative government.

But the question Labour faces is whether that is what it wants to be, and whether it has any idea how to do it. The new recruits who make up the bulk of the 500,000-strong party membership seem to prefer authenticity and radicalism over the hard dull business of organising to mobilise a coalition that can win an election.

Neither the MPs nor voices beyond the party have yet set out a vision of how the party can reconnect with the millions of lost voters who preferred Ukip at last year’s general election. Eagle didn’t begin to try.

The fight has to be between Corbyn and a challenger: it would be a travesty and the party’s death knell if he were not in a contest. And then the members would be forced to consider the balance between principle and pragmatism that is Labour’s essential ingredient.

If this is all about “real” leadership, it’s not entirely clear how Angela Eagle is a viable replacement for Jeremy Corbyn. The charges levelled against him, notably that the public aren’t clear about Labour’s messages, don’t necessarily disappear under Eagle. Her speech was reminiscent of something from Ed Miliband, diagnosing problems without providing clear answers. A soft-left Milibandesque candidate who voted for the Iraq war is not the answer to the party’s problems – and I say this as someone who voted for her to be deputy leader last year.

The coup itself suggests Eagle and fellow anti-Corbyn MPs don’t grasp the challenges ahead. The decision to launch at a time when the Tories are in disarray, the economy is in a mess, and toxic xenophobia is spilling out onto our streets is a flawed strategy. And that’s ignoring the fact it’s taken 17 days for a formal challenge to be declared. Labour MPs who want to replace Corbyn need to realise that the party’s inward-looking nature – reflected in Eagle’s speech – isn’t going to win over new voters. Her vague pitch may not even be enough to encourage existing members to get behind her.

There’s a big problem with the idea of “saving Labour”, which underlay Eagle’s speech. It’s as if “rebel” Labour MPs, who have come together from different wings of the party under this banner, think that Corbyn, the ideas he represents and his many supporters, are the sole cause of Labour’s problems.

The truth is the huge hurdles facing the party have been many years in the making, and their architects are a significant number of the MPs behind the anti-Corbyn campaign. People left behind by an unfair economic system and abandoned by an inward-looking political class want to have some ownership over their lives and over politics.

Eagle is yet to properly lay out her ideas, but a technocratic response to this is not enough. Labour needs to become a democratic movement. Making this change is a fractious process but Eagle’s attempt to derail it with the backing of the vast majority of the parliamentary Labour Party suggests that, however much they attack Corbyn for being out of touch, the PLP don’t understand the problems that face them.