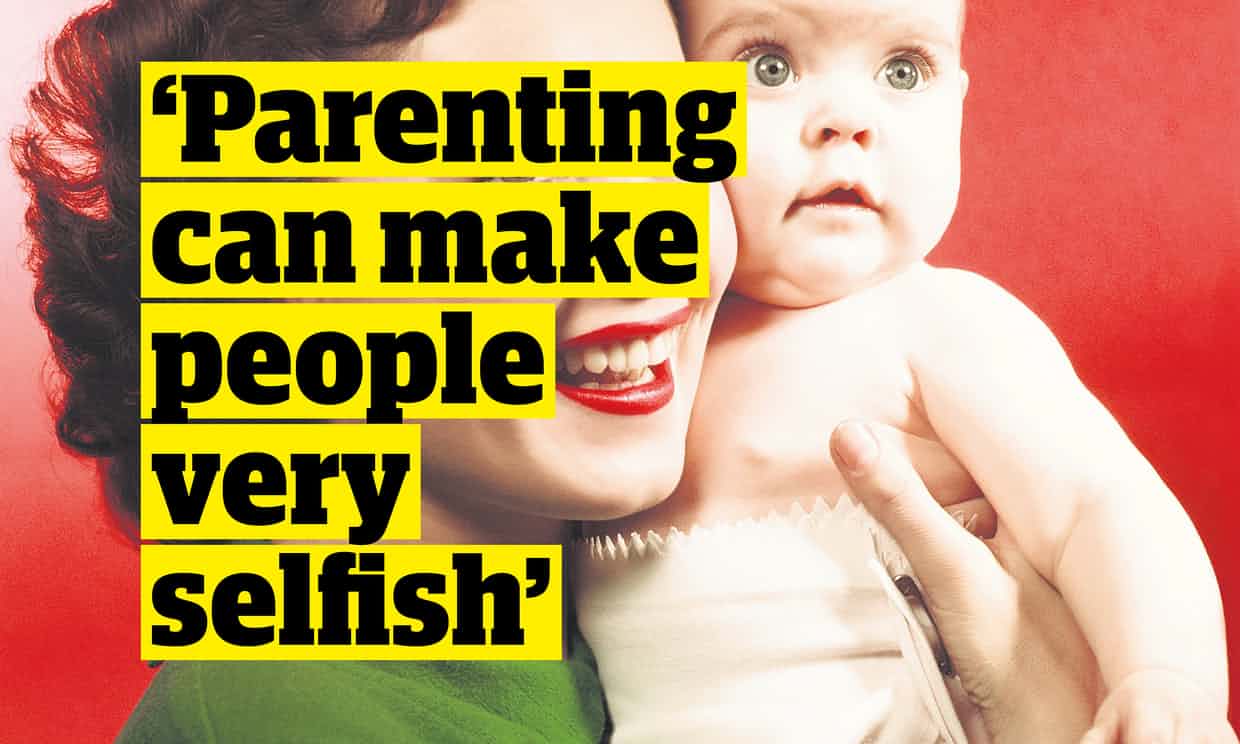 Wiping, burping, cajoling ... how much can you learn from parenting?
The Guardian,
Photograph: Getty Images

I was feeding someone else’s baby with a spoon the other day, a task I last performed about 15 years ago. It’s not difficult – the child knows what it’s doing – but there are little tricks of timing to keep the food from getting all over you, which I regained pretty quickly. I also find it helpful to engage in a one-sided conversation – a rambling, moronic narration of the event – as a distraction. I think it was always me I was trying to distract.

I can’t think of a single parenting skill I would consider transferable. It may teach you patience, but it also uses up all your patience. It makes you less selfish as an individual, but more selfish on the child’s behalf. Parenting’s skills, such as they are, are specific and temporary: knowing how to feed a baby is no use once the child can feed itself unless another baby comes along.

And the job is mostly unskilled. No one tells you quite how much time you will spend lying exhausted on the floor while a toddler repeatedly tries to push a puzzle piece up your nose. That sort of thing may make you a better person in the end, but it’s not on my CV.

Basically, my children taught me how to be a father. You find out what they need, and then you set about providing it. By the time you know what you’re doing, they have moved on; they have fresh demands. All the way along my oldest son had to put up with hand-wringing incompetence, whereas the youngest one got the benefit of my breezy corner-cutting. For a time their needs became baldly emotional, then practical. In the end, they just need money. Does all this afford me a greater understanding of life? Oh yeah, I know all about life. That was it, mate. It just went by.

For now, adolescence and post-adolescence are presenting their own weird challenges – how, for example, do you give unsolicited advice to people who already happen to know everything? I haven’t figured this one out yet, but I’m hoping it’s somehow akin to loading a plastic spoon with mush – not too much – holding it just so, and introducing it from above while waiting patiently for the little mouth to open. And, all the while, talking bollocks.

But a better person? The idea fills me with horror. Before I became a mother, there wasn’t much I found more offensive than a parent saying that having a child had made them care more about the planet. I still think that needing to see your own progeny in the world in order to give a damn about it is the definition of narcissism. Which is the opposite of self-improvement.

And yet if I put aside all the smug, nasty and fundamentally wrong assumptions that come with venerating parenting as the one true route to betterment, I must admit this: since I had my son I have been a happier person. And happy people tend to be their best selves.

What does this mean in practice? Not much. I don’t volunteer once a week at the local old folks’ home or dress like Pollyanna. Yesterday my son slapped me round the face (twice). I once screamed: “WHAT’S WRONG WITH YOU?” at him (OK, that was yesterday, too). I often pretend to go to the toilet just to get some time to myself. This is not something my best self would do. And yet … I love taking care of him. I can now stand in the rain for half an hour watching him open and close a gate without withering inside. If this isn’t progress, what is?

Ours in an unconventional household. My mixed-race son has two mothers, one Indian from London, one Scottish. Andrea Leadsom’s worst nightmare, basically. This doesn’t make us any better or worse as parents or people but it does mean we are received differently. Or rather, not received. We constantly have to assert ourselves as the parents of this particular caramel-skinned boy as opposed to a couple of gal pals at Pizza Express with my son. I do wonder whether this makes us not better but more mindful because we had to plan him into existence as well as conceive him. Like the vast majority of same-sex parents, we really, really wanted him.

Being a parent certainly changes your life. How could it not? You find yourself responsible for another human being. And since that was your idea not theirs, that’s for you to deal with. All the wiping, burping, ferrying, cajoling, entertaining, teaching and playing comes with virtually no explicit gratitude. Which offers a partial explanation for all the shouting, sighing, tutting, head-shaking and finger-wagging that, at times, turns you into your parents. The gratitude, when it does come, is rarely voiced but keenly expressed. They rarely say thank you unless reminded. But they will flop into you when they’re tired; run and jump at you when you’ve been away; hold on to you when they’re scared.

Clearly, being a parent doesn’t necessarily make you a better person – Rose West was a mother. It could make you more patient, loving, tender and less self-obsessed. But so could volunteering to work in a soup kitchen, recovering from a life-threatening illness or having a pet. Mostly it makes me stressed and less self-involved. Not because I’m worried about being a good parent – I’m pretty sure I’m messing that up in my own way as everybody does. But because caring for two small people – mine are aged three and nine – keeping down a job and trying to have a life is bloody hard work. This is not a revelation. But it is a fact. At daycare my name is just Dad – “Hello, Dad, we’ll need a change of clothes tomorrow.” “Dad, can you bring this form back next week.” I actually quite like that. If I’m going to be defined by something, I’d rather it was that than my job, race or nationality. 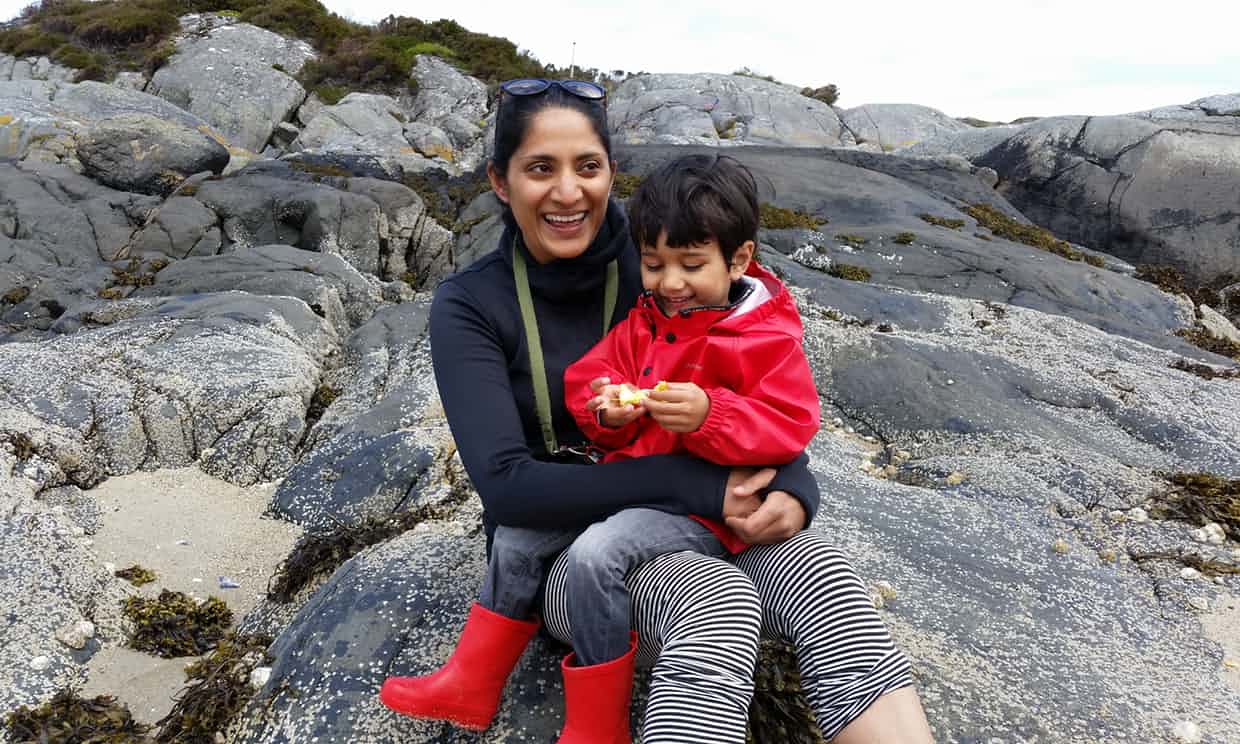 My style – if you can call it that – is quite hands-off. There’s a pitch that wailing has to reach before I intervene; a level of risk I think children should be allowed to experience that’s considerably short of life-threatening but could well involve injury. They’re built to last. One of my favourite phrases is: “What could possibly go wrong?” I have more time than my mother did – who raised three of us on her own – so I go to all the sports matches and dance classes I can. But I don’t think they would suffer if I didn’t. They’re western kids; if they don’t finish what’s on their plate they won’t starve. But they’re not going to get anything else. It’s a mixture of tough love and tough luck.

Much of this is possible because I’m a father. A mother is more likely to be judged if her hair is a mess or his shirt isn’t ironed. People expect more of fathers than they ever did, but still nowhere near as much as they do of mothers. They’re as likely to ask me what we do for childcare as to enquire when I came out as straight.

1) The act of reproduction is no guarantor of moral superiority but there is an entire ideology devoted to this notion, as if there is a biological shortcut to virtue. This is patently untrue, so beware this over-compensation. See also: the meaning of life, which can be located anywhere and in anything. It does not come in pre-packaged bundles called “babies”.

2) I have no real idea what “parenting” is. I only really know what was done to me, and what I have done. All of it is so far from ideal that it is amazing we are still all here, but we are. All childcare knowledge is temporary and of its time. There are probably a whole load of new things you are not meant to do. Now my area of expertise is how to clean the bath after overuse of bloody Lush bathbombs. It’s hard to say now which is more useful.

3) The more fuss any politician makes of “motherhood” the more likely it is that actual mothers will be treated appallingly.

Joanna Moorhead with her daughters. Photograph: David Levene for the Guardian

4) I have had children longer than I haven’t. But if I hadn’t, I always think I would have had an equally good life. Parenting can actually make some people very selfish, turning formerly sane people into madly competitive emotional entrepreneurs deeply uninterested in the quality of any children’s lives but their own.

5) On a good day, your children can make you feel inside the trippiness of time travel. That lovely young woman organising everything is at once a toddler toddling around like mini-drunk and a stroppy teenager. All these realities exist not just in faded pictures but as your reality. The life to be lived is present and urgent. Just when you feel the pulse of the universe you also realise it has left damp towels everywhere.

I’ve been a mother for a quarter of a century – as in, it’s almost exactly 25 years since I conceived my first child. Being a mother shapes everything I do – as it should for fathers too – so how can I possibly know what I would have been, aged 53, if I was sans my four daughters? And I am unwilling, as well as unable, to go there: because how arrogant would it be of me to say that parenting makes anyone a better person? But what I do know is this: it has made me a better person. Or at least, that is what I believe.

How does parenting shape you? Here’s a big one: no one tells it to you like your children tell it to you; no one can cut to the heart of you, your shortcomings as well as, hopefully, your strengths, as they can. My children keep me grounded. They stop me getting too pleased with myself. They remind me, on a daily basis, that having food in the fridge and a cut lawn is at least as important – no, actually more important – than meeting my book deadline. They help me keep my balance; they’re my canaries when I’m getting things wrong, and they (sometimes) validate me when I’m getting things right.

Another big realisation I made through having children is the importance of being tuned to my instincts, and being brave and bold enough to go with them. When I was pregnant and my children were young, I felt as though my instincts were on red alert the whole time: evolution has formed us to use all our senses to keep them safe, and that includes the voice inside us that looks at life in another, more spiritual, dimension. Sometimes I cannot tell you how I know something, but I just know it; and how I first realised I could just know things was by listening to that voice when my babies’ lives depended on it. Do I need to get this child to hospital, or will the fever pass? Is my unborn child moving enough today, or is she suddenly quiet?

Then there is multitasking: I could have learned it by another route, but having four kids and a full-time job brought it on apace. Yes, of course I can breastfeed the baby and keep an eye on the toddler and write a piece for the Guardian at the same time! That kind of juggling forces you to reach into an area of yourself you didn’t know was there; and once you’ve found it, you can go back. It all comes down to prioritising, keeping cool and persevering. Could I have learned all this some other way? Absolutely. But would I? I doubt it.