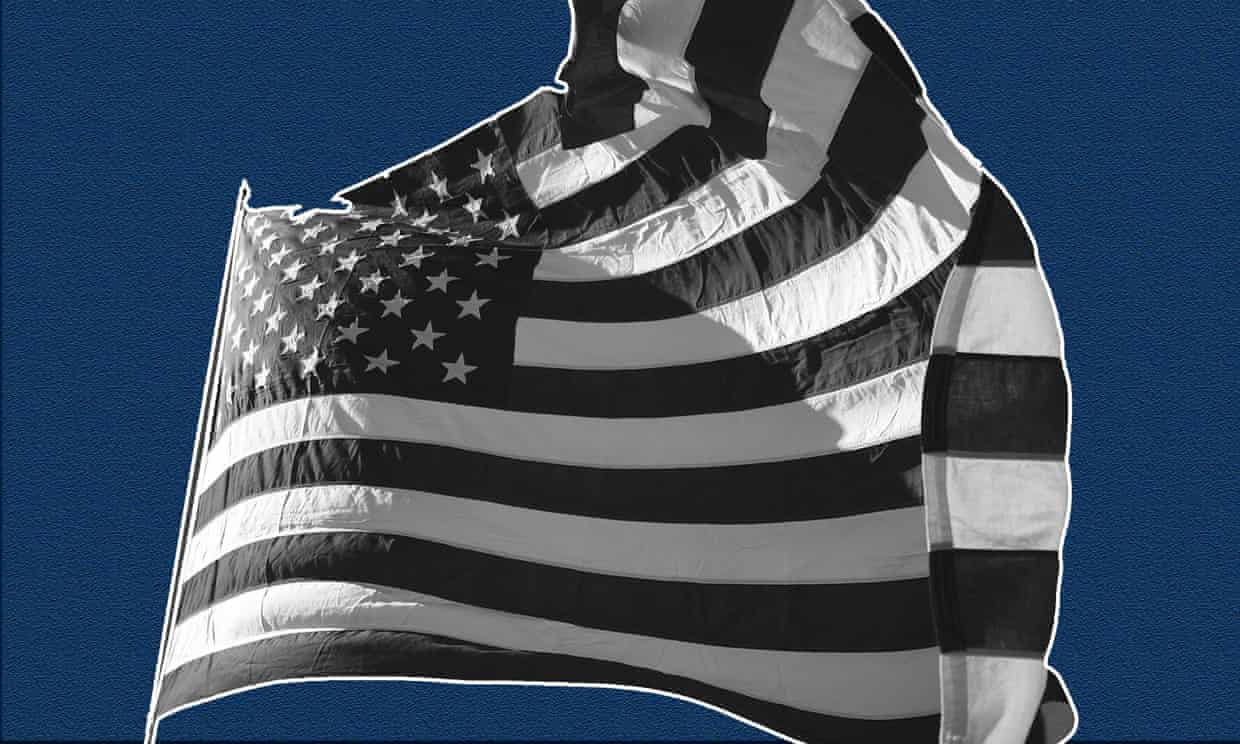 A journey in search of the American left: fragile and feisty, hopeful and fearful
The Guardian,
Illustration: Guardian Design/The Guardian

A few months after the 2016 election, 29-year-old Emily Marburger posted an update on a private Facebook group, Pantsuit Nation, that had been set up to support Hillary Clinton’s failed presidential bid.

“Like the rest of us last November, I woke up to a situation I didn’t know existed,” she wrote. “I knew I had to get involved. I felt driven to help. But I never imagined I’d find myself, at 29, running for Mayor in the heated Democratic primary in my tiny square mile borough of 8,000 (just outside Pittsburgh).”

The incumbent mayor of Marburger’s small Pennsylvania town of Bellevue was an open Trump supporter. His sole opponent – until Marburger entered the race – was a conservative pastor.

Marburger’s post went viral. Donations flooded in from as far away as Hawaii. She raised $10,000 in 48 hours. The incumbent mayor was knocked out in the first round. Marburger won the second round easily. From the debris of Clinton’s loss Marburger had built an unexpected triumph.

Her experience is by no means exceptional. Trump’s win was a devastating setback for American progressives. But it has also galvanized them in ways a Clinton victory would not have, stoking them to campaign, advocate, donate or run for office – to engage politically in ways and at levels they never previously imagined. Put bluntly, there’s a lot going on with the left in America, producing a realignment that is at one and the same time ideological and structural. 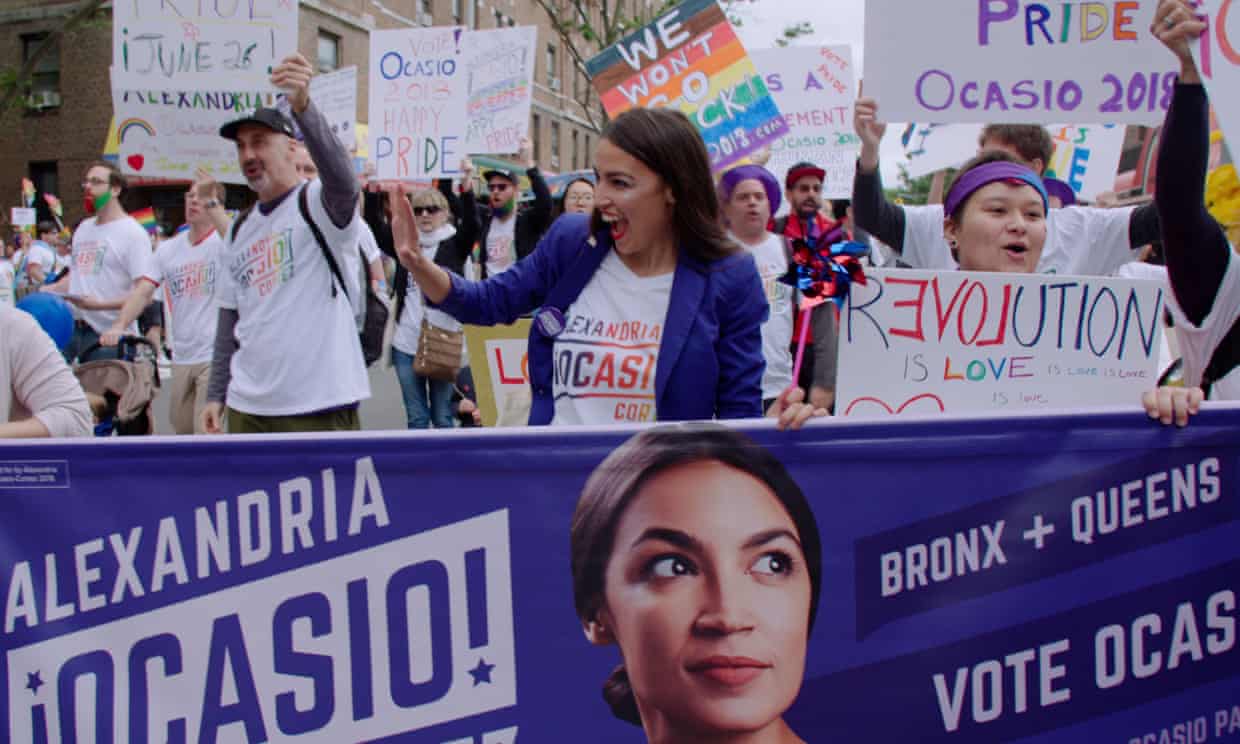 Alexandria Ocasio-Cortez in a still from Knock Down the House. Photograph: Netflix

The pressure is both leftwards and downwards with the balance of power shifting towards the grassroots while demands for Medicare for All, free college tuition, less corporate donations and a Green New Deal are no longer be routinely dismissed as fringe but embraced by many 2020 candidates.

There is a moment in Knock Down the House, a documentary that follows four candidates challenging established party operatives in the 2018 Democratic congressional primaries, when the future New York congresswoman Alexandria Ocasio-Cortez comforts Amy Vilela, who was running in Nevada.

As Vilela realizes she is going to lose, Ocasio-Cortez, who has yet to be elected, reminds her that the odds were always stacked against them. “It’s not about any one of us, individually,” she tells Vilela. “It’s about the – the whole movement. It’s just the reality that in order for one of us to make it through, 100 of us have to try.”

During a 10-day journey across the country talking to activists, mayors, academics, trade unionists, city and state representatives, it is clear that thousands of Democrats, progressives, liberals and socialists have been “trying” in a range of ways. Many, like Marburger, have broken through.

“I was the only one running on the Democratic ticket who was actually a Democrat,” she explains. “I ran with a message that I wanted to bring a new energy, a new perspective and a new direction to what the mayor was doing. The fact that I won I think shows that the town was ready for that kind of change. It was really only after I won the primary that I began to feel like there was someone bigger happening and that this might be part of it.” Almost half the incumbent mayors in the area were voted out that day. 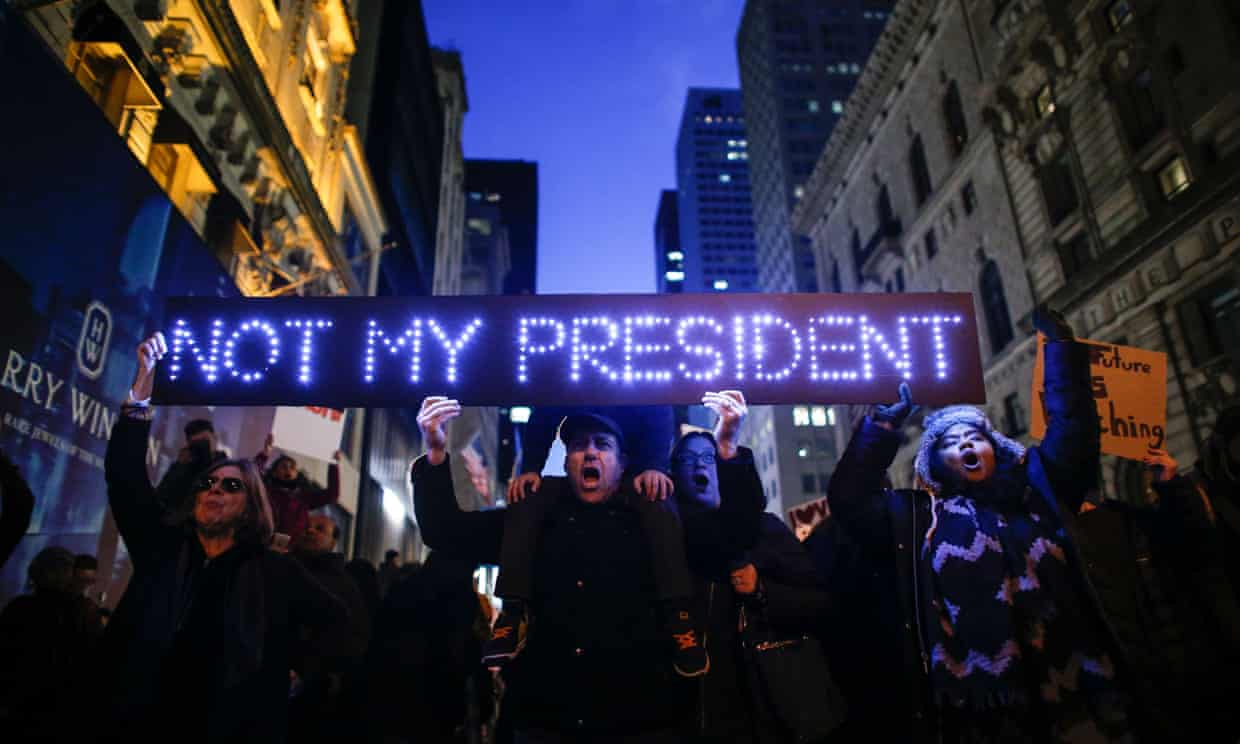 I met Marburger in Superior Motors restaurant in Braddock, a former mill town just outside Pittsburgh that has lost 90% of its population since the 1950s and is now down to just a couple thousand, a third of whom live in poverty.

Superior Motors, situated in what was once a car dealership, was the first restaurant to open in the town, in 20 years. Set up with Kickstarter money and in premises owned and donated rent-free by the then mayor, John Fetterman, it offers job training to local people and a discount to local people who eat there. It’s high-end and struggled at first but took off after a positive review from the celebrated, late TV food critic Anthony Bourdain.

Fetterman lives upstairs. Only now he is the lieutenant governor, following a campaign supported by Bernie Sanders. His wife, Gisele Barreto Fetterman, joined us for dinner. Barreto Fetterman came to the US from Brazil as a child with her mother and was undocumented. For this she receives regular threats and daily hate mail. Before drinks she pulls out her cellphone to show us a picture of a man who has threatened her recently. He has been violent before, she has been told by her security detail, so it is a credible threat and she needs to know what he looks like.

Like most evenings discussing politics with progressives in the US, the conversation swings a bit like this – between buoyed spirits at how much is changing, how many new possibilities are emerging and the breakthroughs that are taking place, but also what dark times these are, how scary things have become and how bad things might get. Everyone around the table thinks Trump could win again; half of those at the table think he will.

Such is the dialectical pivot between hope and fear, risk and opportunity, progress and reaction that has put the American left in a mood that is both feisty and fragile. Quite where this is all going in terms of a national agenda, the Democratic party, a presidential candidate or the presidential election is not yet clear.

The four largest demonstrations in American history have taken place in the last two and a half years, and 40% of the country, including 55% of women aged between 18 and 54, say they prefer socialism to capitalism. Meanwhile the leading contender for the Democratic nomination is former vice-president Joe Biden – one of the most moderate with the strongest ties to the establishment.

Trump may have been a catalyst for much of it, but he does not entirely define the response – many Democrats are seeking to do that on their own.

“I don’t think there’s any foregone conclusions here,” explains Daniel Biss, a former Illinois state senator, House representative and gubernatorial candidate. “The progressive heart of the Democratic electorate is getting bolder. It is less and less satisfied with getting told: ‘Shut up. Sit down.’”