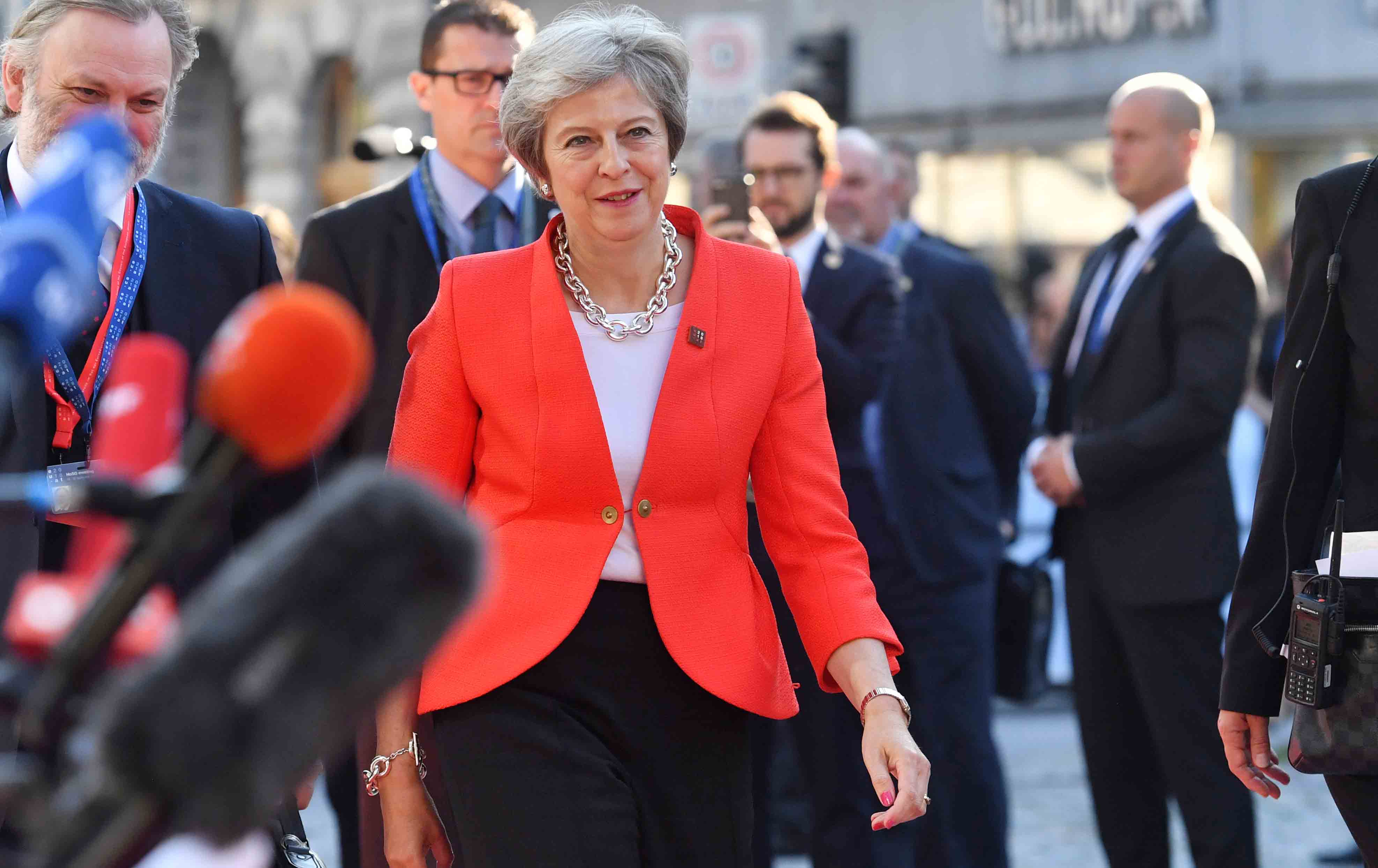 “There are two kinds of European nations,” said Kristian Jensen, the Danish finance minister, last year. “There are small nations, and there are countries that have not yet realized they are small nations.” With Brexit, it’s become painfully obvious that the United Kingdom is among the latter.1

In their melancholic yearning for a time long past, those who ran the campaign to leave the European Union had a vision of us marching out, suited and booted, bowler hat on head, umbrella in hand, striding proudly backward into a past of glorious independence. As time goes on, a far more likely scenario is that Britain will be unceremoniously ejected from the EU with its pants down and land flat on its behind. The concern had once been that Britain would get a bad deal; now there’s a growing possibility that it could leave with no deal at all—a state of affairs that would come about more by poor judgment than bad luck.2

This became apparent after September’s EU meeting in Salzburg, Austria, where Prime Minister Theresa May presented Britain’s negotiating terms for departure, which were comprehensively and unequivocally rebuffed. The fact that they would be rejected should have come as no surprise. In July, May got her cabinet to agree to proposals whereby the UK would selectively heed some aspects of the European single market (like the tariff-free trade in services) and not others (like the free movement of labor). Not only was the EU never going to accept this, but a significant part of May’s own party was against it.3

Foreign Secretary Boris Johnson, who consented to the plan before resigning in opposition to it, described it as “polishing a turd.” He had a point. But as one of the leading Brexiters, it was his turd, and the least he could do was clean up after himself.4

What turned out to be really shocking, though, was the vehemence with which the EU’s negotiators and heads of state—a group more likely to parse adjectives and convolute in tortuous communiqués—responded. French President Emmanuel Macron said in September, “Those who explain that we can easily live without Europe, that everything is going to be all right, and that it’s going to bring a lot of money home, are liars.” Later, the European Council’s president, Donald Tusk, taunted May with an Instagram post showing him offering her some pastries. “A piece of cake, perhaps?” he wrote. “Sorry, no cherries”—referring to the EU’s insistence that it will not allow the UK to cherry-pick those elements it likes from the single market.5

May returned from Salzburg bruised and humiliated. “Throughout this process,” she said, “I have treated the EU with nothing but respect. The UK expects the same.” Meanwhile, the pound fell, and the levels of national indignation went through the roof. Rupert Murdoch’s Sun ran a front-page image of Macron and Tusk as gangsters under the headline EU Dirty Rats. With echoes of the wartime Winston Churchill, the Express hailed May’s response as her “finest hour.” The Daily Telegraph starched its upper lip to proclaim: “The UK does not respond to insult…. As if we need lessons on democracy from the likes of the Czech Republic…or Malta.”6