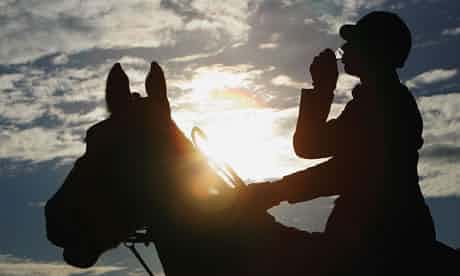 A web of privilege supports this so-called meritocracy
The Guardian,
Photograph: Laurence Griffiths/Getty

Shortly after Mitt Romney's failed 2008 campaign for the Republican nomination his son Tagg set up a private equity fund with the campaign's top fundraiser. One of the first donors was his mum, Anne. Next came several of his dad's financial backers. Tagg had no experience in the world of finance, but after two years in the middle of a deep recession the company had netted $244m from just 64 investors.

Tagg insists that neither his name nor the fact that his father had made it clear he would run for the presidency again had anything to do with his success. "The reason people invested in us is that they liked our strategies,'' he told the New York Times.

Class privilege, and the power it confers, is often conveniently misunderstood by its beneficiaries as the product of their own genius rather than generations of advantage, stoutly defended and faithfully bequeathed. Evidence of such advantages is not freely available. It is not in the powerful's interest for the rest of us to know how their influence is attained or exercised. But every now and then a dam bursts and the facts come flooding forth.

The Leveson inquiry has provided one such moment. It was set up last year to look into the specific claims about phone hacking at the News of the World, alleged police corruption and the general culture and ethics of the British media. But every time it probes harder into the Murdoch empire it draws blood from the heart of our body politic, telling us a great deal about how Britain's political class in particular and ruling class in general collude, connive and corrupt both systemically and systematically.

Issues of alleged criminality will eventually be determined in the courts. But while illegality would be more damning, much of what we now know that is legal is no less corrosive. The evidence has laid bare the intimate, extensive and insidious web of social, familial and personal ties between the political, corporate and legal forces that govern a country: a patchwork of individual and institutional associations so tightly interwoven that to pick at one part is to watch the whole thing unravel. The "sit downs", pay-offs and class camaraderie on display owe more to a cross between Downton Abbey and the Sopranos than the functioning of a 21st-century democracy.

The details of the main narrative bear repeating. We now know that James Murdoch met with David Cameron 12 times between January 2006 and January 2010 – eight times for dinner, twice for breakfast, once for lunch and once for drinks. Between May 2010 and July 2011 there were also more than 60 meetings between ministers and either Rupert Murdoch, his son James, the then News International chief executive Rebekah Brooks or James Harding, the editor of the Times. That averages around one a week. We know there were more, but not all were logged as such by Downing Street.

The subplots are stunning. And the forthcoming attractions could yet overshadow the lot. Now that Brooks has agreed to hand over her text messages to Cameron, we are about to learn whether rumours that they exchanged as many as 12 texts a day are true.

Such is the incestuous nature of the British ruling class and the gene puddle from which it draws its stock. Such is their brazen venality, complicity, contempt and mendacity. Eton, Oxford, Bullingdon, Westminster – if you're looking for a tiny minority who are struggling to integrate, look no further than the cabinet.

Two things make this a matter of import as well as intrigue. The first is the lie it gives to the insistence on meritocracy at a time of acute economic crisis when benefits are slashed, the poor hammered. Cameron and his cabinet insist others pull themselves up by their bootstraps even as they themselves swan around in their parents' expensive pairs of loafers. Today almost 40% of MPs went to private school. In 1997 it was just 30%. In terms of social mobility, we are going backwards. The issue here is not class envy but class entrenchment. The fact that they were born rich is irrelevant. They had no choice in the matter. But the fact that they appear to want to give even more to those who already have a great deal while denying much to those who have little is unforgiveable.

The one job Cameron landed in the private sector was arranged by his wife's mother, Lady Astor, who was friends with Michael Green, then executive chairman of Carlton. Green gave Cameron a starting salary of £90,000. He has no more had to stand on his merits than James Murdoch had to interview for a job at News Corp.

Rocked in the cradle of power from birth so that its rhythms become second nature, these people imbibe their sense of entitlement with their mother's milk. But the personal tutors, private schools, the most expensive universities do not, somehow, suffice. As though the benefits of wealth were not enough, they apparently feel the need to game the very system they already control.

Which brings us to the manner in which these interactions mock the very notion of democracy on which the nation's illusions are based. For the meetings, lunches and visits showcase a parallel, unaccountable universe where actual decisions are made and deals are done. All these informal gatherings took place at a time when the government was supposed to be adjudicating News Corporation's bid to take over BSkyB. With the culture secretary described by Murdoch's lobbyist as a "cheerleader" for News International, it seems as if the takeover was to all intents and purposes a done deal, prevented only by the fallout from the hacking scandal. All the kinks ironed out on horseback and settled in time for the main course. Parliament would have been a mere rubber stamp. Oversight reduced to an afterthought in a House of Commons that may soon more closely resemble a house of cards.

• Comments on this article are closed for legal reasons