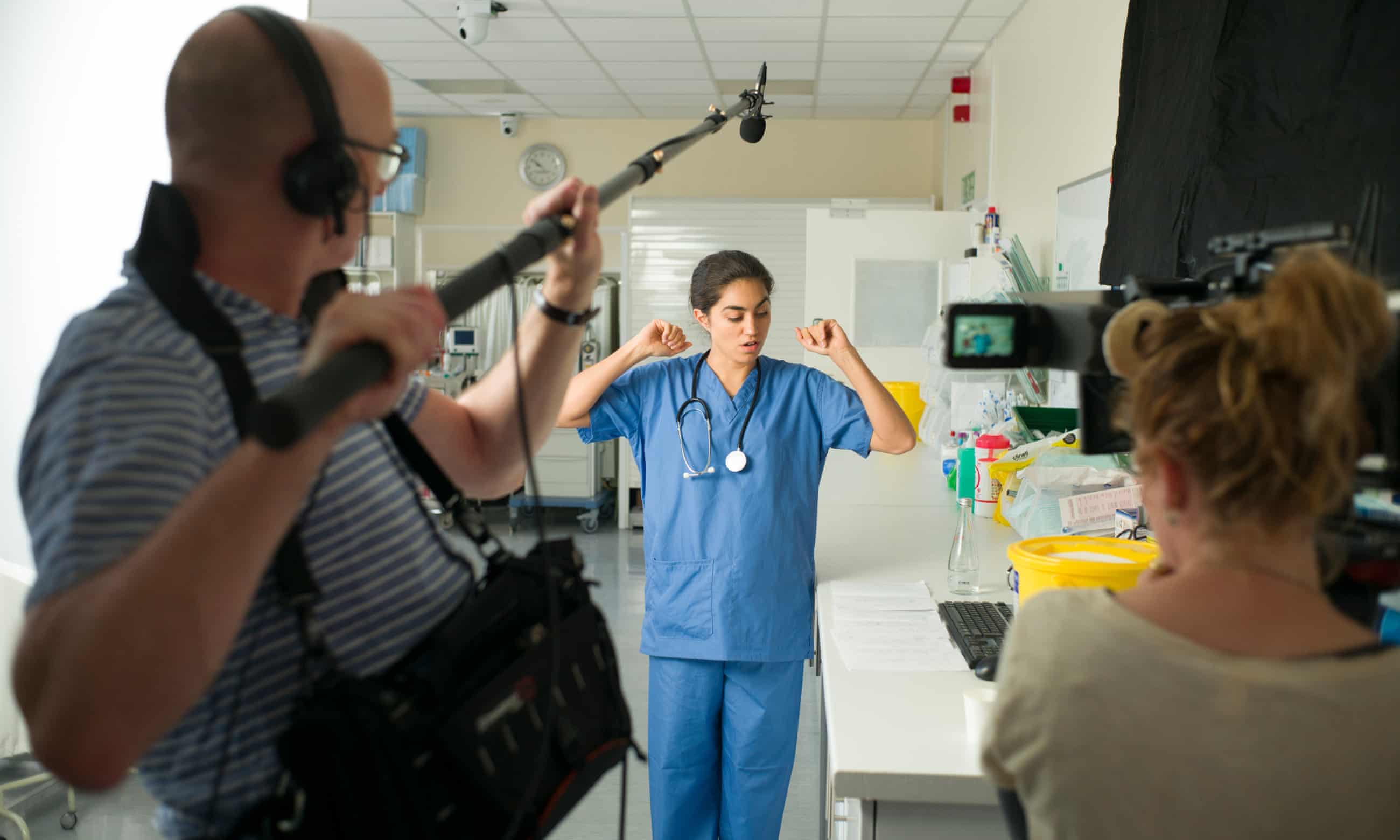 Beyond the Blade: films and podcasts bring a vivid new angle to our series
The Guardian,
Photograph: Graeme Robertson for the Guardian

The first interview I conducted for the Beyond the Blade series, which investigated the impact of knife crime on the young, was with Patrick Green of the Ben Kinsella Trust. He expressed a view that I would hear a lot over the coming year. On the one hand he was impressed by a lot of good work he had seen in the field; on the other, he was weary about how little seemed to change. “Part of my frustration is I think we’re doing more of the same and we’re still getting the same results,” he told me. “I really feel it just needs to be shaken up. Politically, someone just needs to take a chance and give somebody who’s been around this for a while the opportunity to go off and deliver something really, really different … I would hope your work and whatever comes out of this shakes people up a little bit.”

It’s not really for us to judge whether the project has shaken anything up. But by focusing on the issue for a year and trying to look beyond the crime itself to the context and possible solutions, we hope we’ve made an impact. The most recent work relating to the project has shifted away from the printed word to films and podcasts.

The films are a creative response to the journalism. We drew on our factual reporting and other research to create fictional characters. Actors gave compelling performances that exemplify some of the ways in which knife crime challenges an entire community. The four short films include a father who lost his son to a stabbing (“I told him stay away from trouble. But it’s not that easy is it? Sometimes trouble comes looking for you”); a mother whose son has been convicted of murder (“When they found him guilty they found me guilty too”); a teenager who has been convicted of stabbing someone to death (“When they stole my trainers nobody gave a shit. If it hadn’t been him it would have been me”); and a surgeon in an accident and emergency ward who sees the stabbing victims regularly (“You wouldn’t send a drug addict out there with no support. But that’s what we do with these kids”). Together they provide an impression of how this trauma is lived from various perspectives.

We also recorded podcasts with groups in Birmingham, Croydon and Bristol. Here we experimented in our reporting – believing that our role was not to be the voice of the voiceless but instead to provide a platform for those who are all too often not heard. To that end we went to people we had hadn’t spoken to before, who don’t necessarily read the Guardian and might have followed none of our reporting from Beyond the Blade. We literally gave them the mic and they interviewed each other. What emerged was truly compelling.

Among others, there was Alison Cope, who set up an award to celebrate the achievements of children who have been excluded from mainstream education, in the name of her son Joshua Ribera, who was stabbed to death in 2013. Tracey Ford, a youth violence advocate and champion for female advancement, who founded the JAGS Foundation following the murder of her 17-year-old son, James Andre Godfrey Smartt-Ford. And then a range of practitioners in Bristol including StreetDoctors and Street2Boardroom discussing how best to bridge generational divides.

So, in different parts of the country, different people who had either suffered loss, were professionally engaged, or were just simply active citizens, were getting together to find creative ways to combat the problem. Knife crime is all too often reported as an issue that is happening to communities that are passive and helpless. What we heard was a truly hopeful, imaginative and compassionate resistance intent on finding solutions. 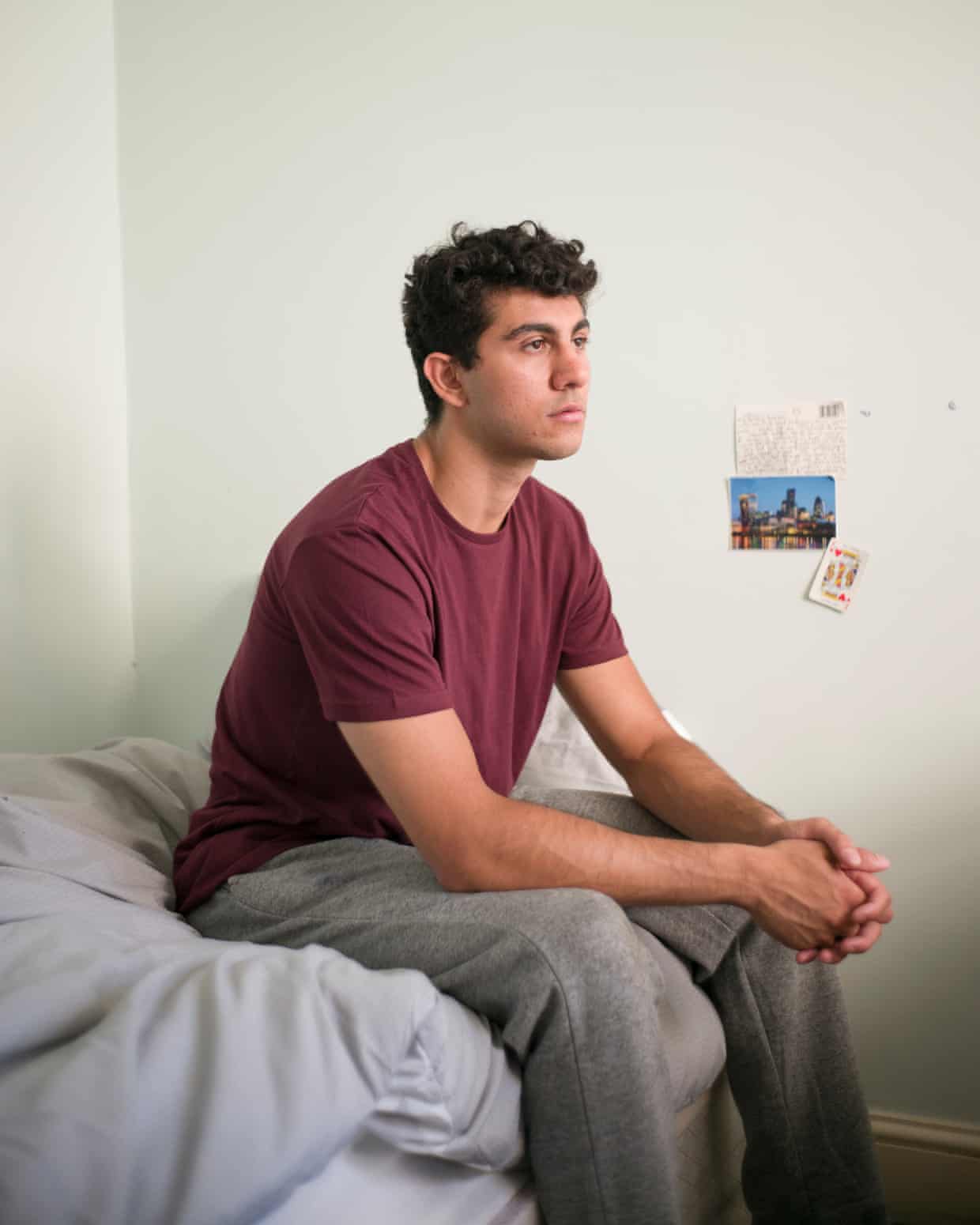 Another of the Beyond the Blade films: The Boy, about a teenager in a young offender’s institution for killing another boy. Photograph: Graeme Robertson for the Guardian

In that respect they have truly put politicians to shame. For while over the year we saw some politicians doing important work in this area, what struck us most was how few were involved and how little had been done over the last decade. Up until now policy, it seemed, has been guided by a reflexive response to individual episodes that drew more from preconception and supposition than anything empirical or sustained. In Scotland, where the approach has been more coordinated, publicly funded and coherent, they have seen real results.

We’ve been delighted by the response to the series. We won the Amnesty UK Media awards for our portrait of the 15-year-old boy convicted for murder after stabbing another 15-year-old to death, and the efforts his mother made to prevent his descent into crime. We were also honoured at the UK Press Awards, where the judges hailed it as “brilliant in-depth journalism that told a familiar story in a new way [and] had a real impact.”

It’s gratifying to know it was noticed by people in power. Our reporting was mentioned at prime minister’s questions in the House of Commons and first minister’s questions in the Scottish parliament, and I testified before the parliamentary youth violence commission on the issue. The only acknowledgement that would be greater would be to know that those who have the power to change things heed some of our findings.

But the accolades we have appreciated most have been from those who are working in the field. Not long after the last long read was published in June, the Ben Kinsella Trust wrote on its website: “Beyond the Blade is probably the most important study of knife crime since 2008”. And just for a brief, solipsistic moment, we dared to hope that maybe we had shaken things up.

• Join us as we return Croydon, Birmingham and Bristol in a series of events that bring Beyond the Blade back to the local communities that inspired the project, featuring film and podcast screenings, a keynote from journalist Gary Younge and a networking drinks reception. Register your interest in attending the events now