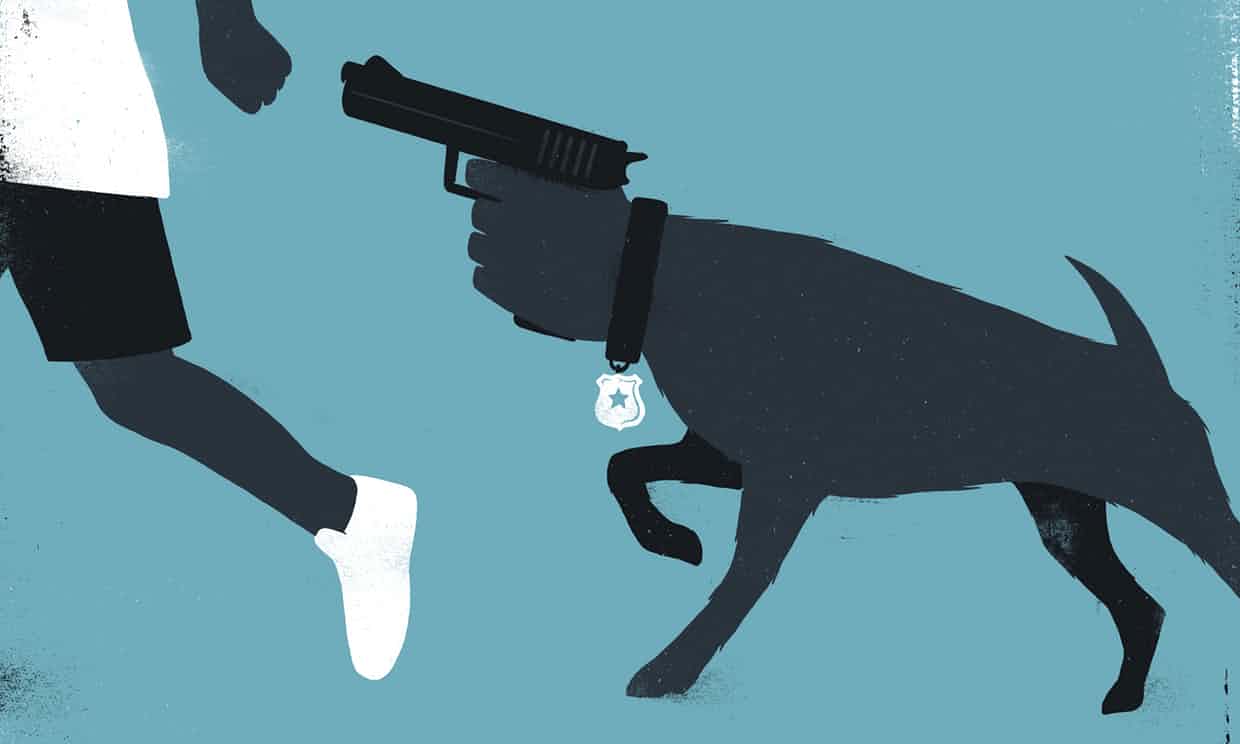 Black lives don’t matter: why stories of death on the streets rarely get told
The Guardian

‘When a dog bites a man, that is not news, because it happens so often. But if a man bites a dog, that is news.” But over the past few years I have wondered if there might not be an addendum to that adage – a qualifying footnote to what seems like the obvious.

Because there are things that happen with such regularity and predictability that journalists have simply ceased to recognise their news value – not least if those things are least likely to happen to the people most likely to be journalists.

Because given the prevailing and escalating inequalities and inequities we simply do not occupy the same worlds we pretend to cover – even when those worlds are right on our doorstep.

Because there is value in asking “Why do dogs keep biting people?”; “Who owns these dogs?”; and “Why do the same people keep getting bitten?”

The growing political and economic inequalities, both within nations and between them, is not only replicated in journalism but is increasingly being amplified by it. The upshot is an elite consensus, episodically shattered by the intrusion of more democratic forms of new technology but never ultimately displaced.

I’m going to make the case for why this matters, primarily with reference to the United States, since that is where I have been reporting for the past 12 years. But I am confident that the over-arching points work as well in the United Kingdom or almost anywhere else in the western world.

In the US we know how many police officers are killed in the line of duty in any given year, but there is no national tally for how many people are killed by police officers. It is revealing that, as far as anyone can make out, there has not been an increase in the number of black people killed by the US police since the #BlackLivesMatter campaign came to the fore. What there has been is a growing political awareness that has forced a reckoning with a reality that has existed for several years.

These shootings are not news in the conventional sense. They are neither rare nor, to the communities involved, particularly surprising. They are news simply because those who make the news can no longer ignore them. They are news because – as was the case with Trayvon Martin – social media smelled a rat before mainstream journalism could. The world hasn’t changed; what’s changed is our ability to pass off the grotesque as unremarkable.

Every day, for instance, seven children are shot dead in America. In 2007 I picked a day at random and reported on the cases. One involved Brandon Martell Moore, a 16-year-old African American shot by a security guard outside a Detroit store. The city’s two main newspapers never even saw fit to mention his name. They barely rewrote the police press release. It was a news in brief. 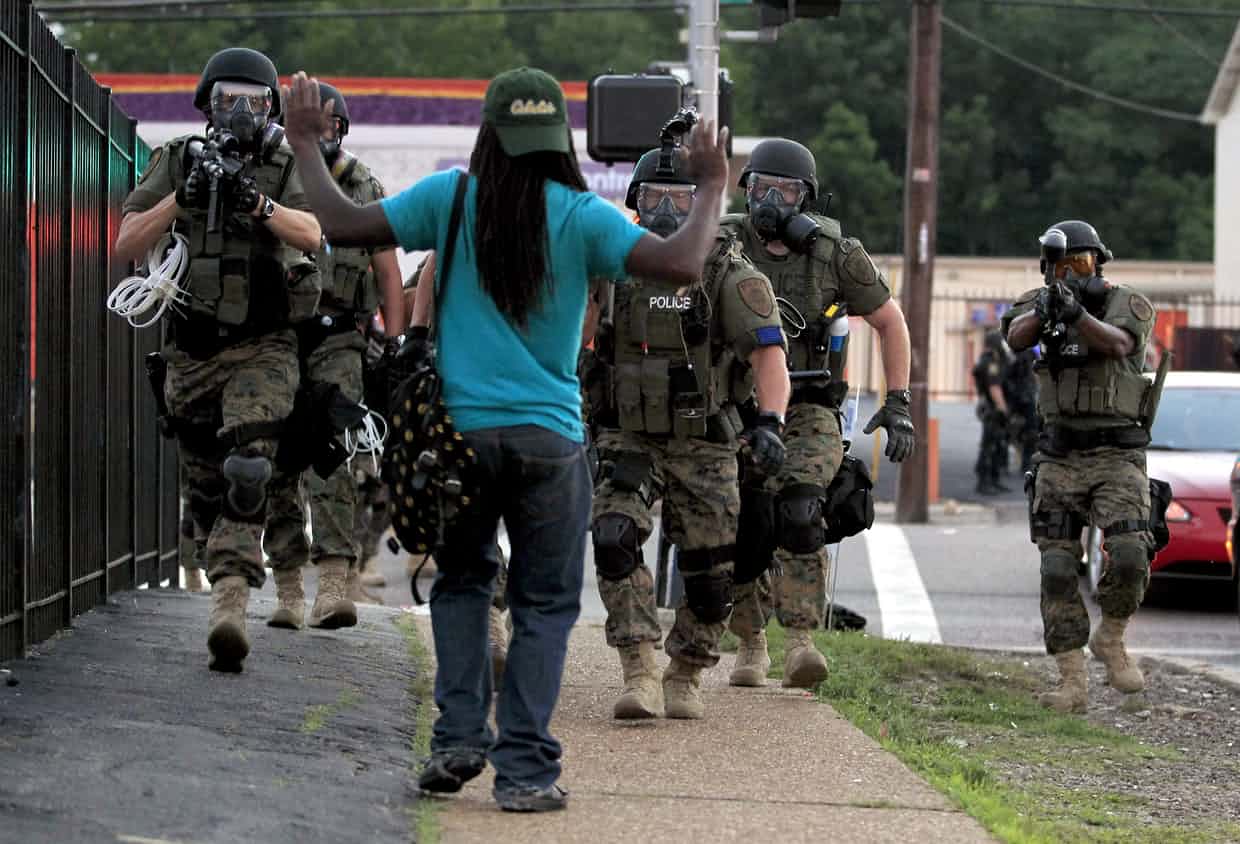 When I repeated this exercise for a book I’ve just written, Another Day in the Death of America, which comes out in November, I found a similar nonchalance among journalists when it came to the shooting deaths of young black men in poor areas. “People are desensitised to it,” said one. “They reason that’s just where bad things happen.” Invariably, when I asked if they had any contact details for family members I could speak to, or if there had been any developments in the investigation, they would explain, somewhat matter-of-factly, why they had moved on.

“Unfortunately homicides are not uncommon in that area,” said one. “Unless something unexpected happened it just wouldn’t be the kind of story we’d follow up,” said another.

This is less the product of malign neglect than unconscious omissions born from the dead weight of power and privilege that make the poor and dark in America invisible. In short there are places in almost every US city where children and teens are expected to get shot; areas where the deaths of young people by gunfire do not contradict a city’s general understanding of how the world should work. To raise children there, whether they are involved in criminal activity or not, is to incorporate those odds into your daily life.

We know that news values are not human values. If they were, the front page of every newspaper and leading item on every bulletin would be “Child dies of hunger”. But nonetheless news values are worth little unless underpinned by a sense of curiosity about why and how things happen; and a sense of empathy should extend that curiosity to all those we journalists pretend to cover.

The trouble is, if you’re expecting black kids in low-income areas to get shot then the stories never get told. It turned out that the guard who shot Brandon was an off-duty cop. In 1971 he was sacked from the force after he was involved in a fatal hit-and-run accident while under the influence of alcohol. He was reinstated in 1974 on appeal. Five years later he shot dead an armed and drunken 31-year-old man while in a neighbourhood dispute. Five years after that, he shot his wife in the side during a domestic dispute in which he claimed she lunged at him with a pair of scissors.

This was the story not worth telling: a story hidden in plain sight. It just needed someone to unshackle themselves from their assumptions to pursue it and take off the blinkers to see it.

After the suburb of Ferguson, Missouri, went up in flames two years ago – to almost universal condemnation in the US media – the Department of Justice conducted a report into how the city was being run that, I believe, any enterprising journalists could have produced if they had not become inured to this kind of systemic discrimination.

Among other things, the DoJ reported the case of a 14-year-old boy who was chased down by a dog which bit his left arm as he protected his face. The boy says officers kicked him in the head and then laughed about it afterwards. Officers say they thought he was armed – he wasn’t. DoJ investigators found that every time a police dog bit someone, the victim was black.

It turns out that sometimes dog bites man really is the story. And we keep missing it.

• This article is an extract from the James Cameron memorial lecture – Democratic imbalance? Who decides what’s news? – delivered on Monday