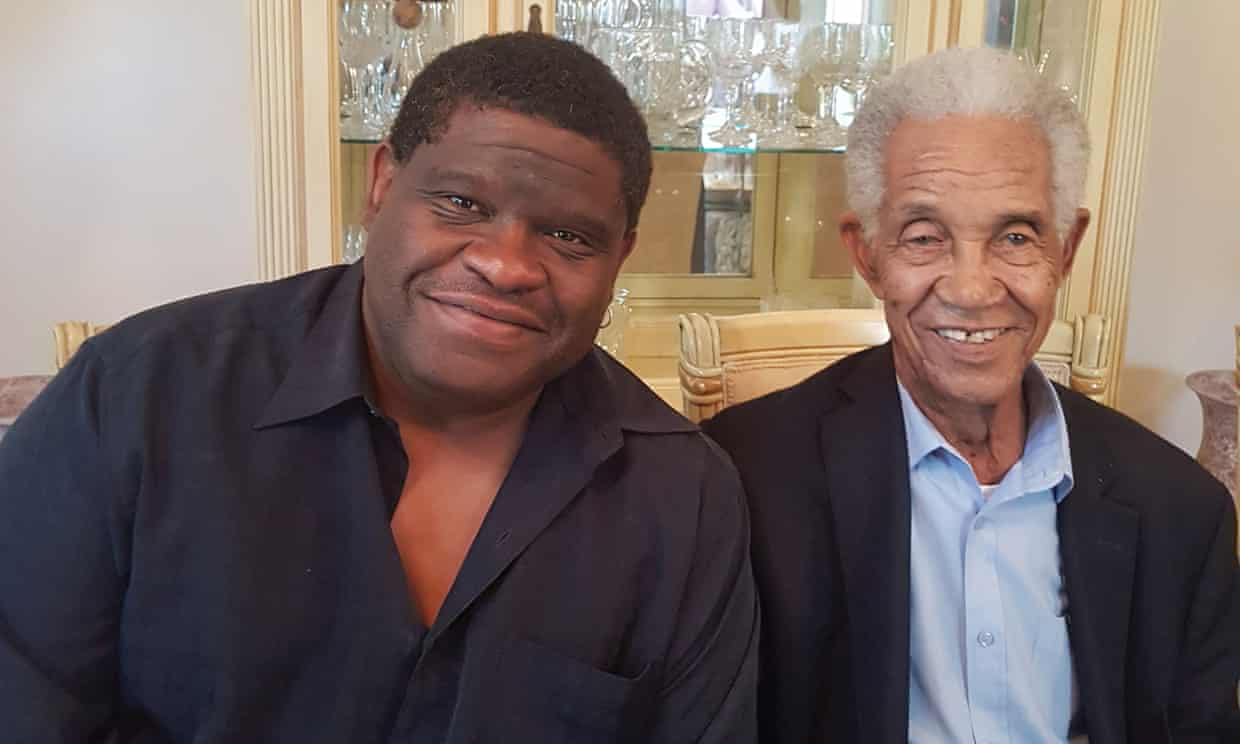 Glad to be Gary: why I treasure my deeply unpopular name
The Guardian,
Photograph: Gary Younge

Almost exactly halfway between my conception and my birth, a moment of sporting history took place that would have a significant impact on the rest of my life.

Fifty years ago this week, at St Helen’s cricket ground in Swansea, a Barbados-born Nottinghamshire batsman, Garfield (Garry) Sobers, faced the Glamorgan spin bowler Malcolm Nash. In a series of spectacular strokes, brazen and clinical in equal measure, Sobers knocked Nash for six on every ball – scoring the maximum amount of runs possible in a single over. With collar up and shirt slightly unbuttoned under his V-neck white tank top, Sobers hoisted the ball over cover and long off, into the stands or out of the stadium, as though he were swatting a fly. When he launched the sixth beyond the ground, the commentator yelled: “He’s done it. He’s done it. And my goodness, it’s gone way down to Swansea.”

The crowd stood in an ovation. Sobers, who allowed himself a brief, broad grin after the fourth ball, ambled to the centre of the crease, tapped the pitch with his bat as though flattening a bump and then raised his bat to salute them with a smile that betrayed either extreme modesty or, more likely, that he couldn’t quite believe what he had done.

If his achievement in that moment was little short of a miracle, then the fact it was caught on camera is no less so. The BBC had decided to stop filming, but the producer John Norman, decided to carry on because BBC Wales wanted more practice filming cricket. “Fifteen minutes after it was all over, the producer who had told us to stand down rang back and begged me not to spill the beans,” Norman said years later. 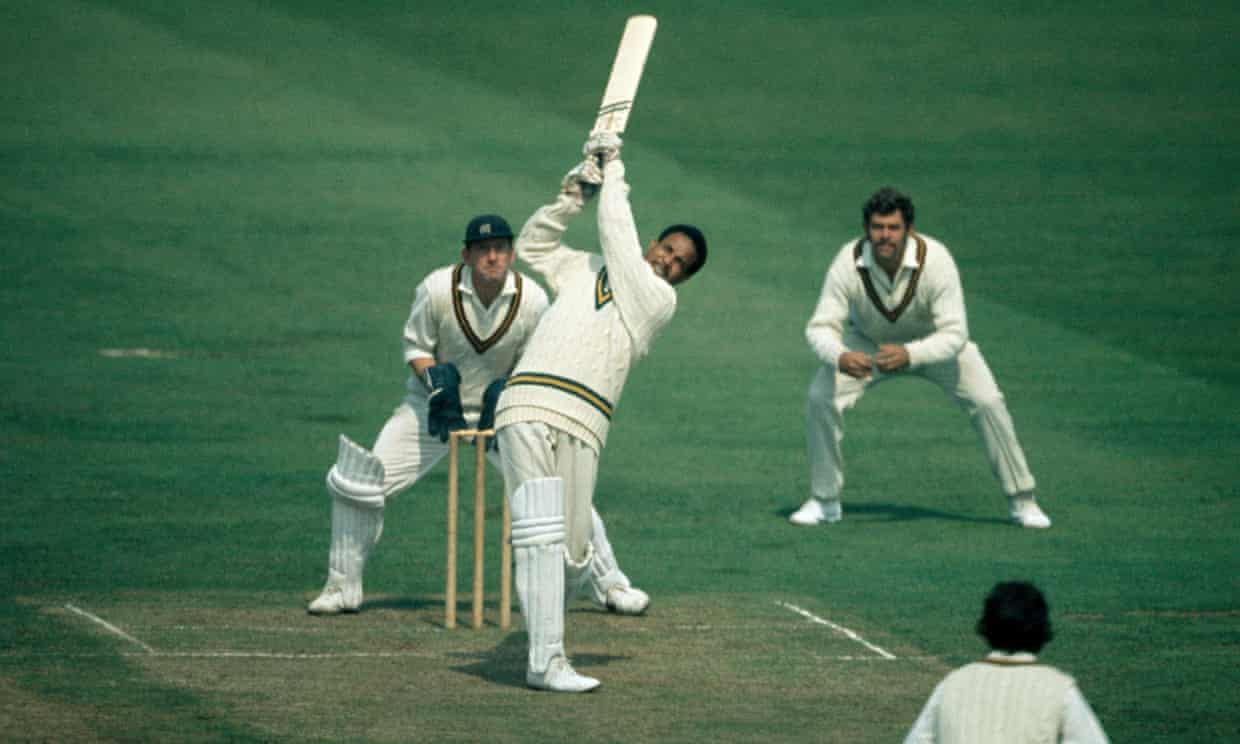 The joy of six: Sir Garry Sobers at the crease for Nottinghamshire in 1971. Photograph: Patrick Eagar/Popperfoto/Getty Images

Within five months I was born. It is not difficult to see why my parents would decide on Gary for a name. They, too, were from Barbados and he was the national hero. Garfield seemed like a mouthful, which was lucky for me because nine years later a cartoon cat came to be that would have sunk me in the playground. The rationale behind giving me just one “r”, like the logic behind the “e” at the end of my surname, was buried with my mother.

I have always attached considerable affection, though not much thought, to my name. I was a halfway decent wicketkeeper at school, but never felt the weight of my namesake as a lodestar to sporting excellence – which is just as well. I never followed his career. How could I? He played his last Test match for the West Indies while I was in infant school.

But I treasured this unbreakable tie to my parents’ island home. It locates me, in a way that little else does if your parents are from Barbados and you were born and raised in a new town such as Stevenage. When I lived in New York, it gave me something to talk about with taxi drivers of a certain age from India, Pakistan and Bangladesh. Back in Britain, it can lubricate conversation with older, white gents in the shires. Mine is a name with a story from afar, that doesn’t have to be told, that is not often misspelt and that doesn’t start each conversation with extensive enunciation followed by a brief explanation.

When I go to Barbados, it always comes as a bit of a surprise when I realise that I have some connection – albeit self-created and one-way – with a man who has a statue (outside the Kensington Oval cricket ground) and a roundabout bearing his name not far from the Sir Garfield Sobers Gymnasium, who also enjoys the honorary prefix “The Right Excellent”. He stands among a slave rebel, former prime ministers and trade union leaders as one of Barbados’s 10 national heroes. 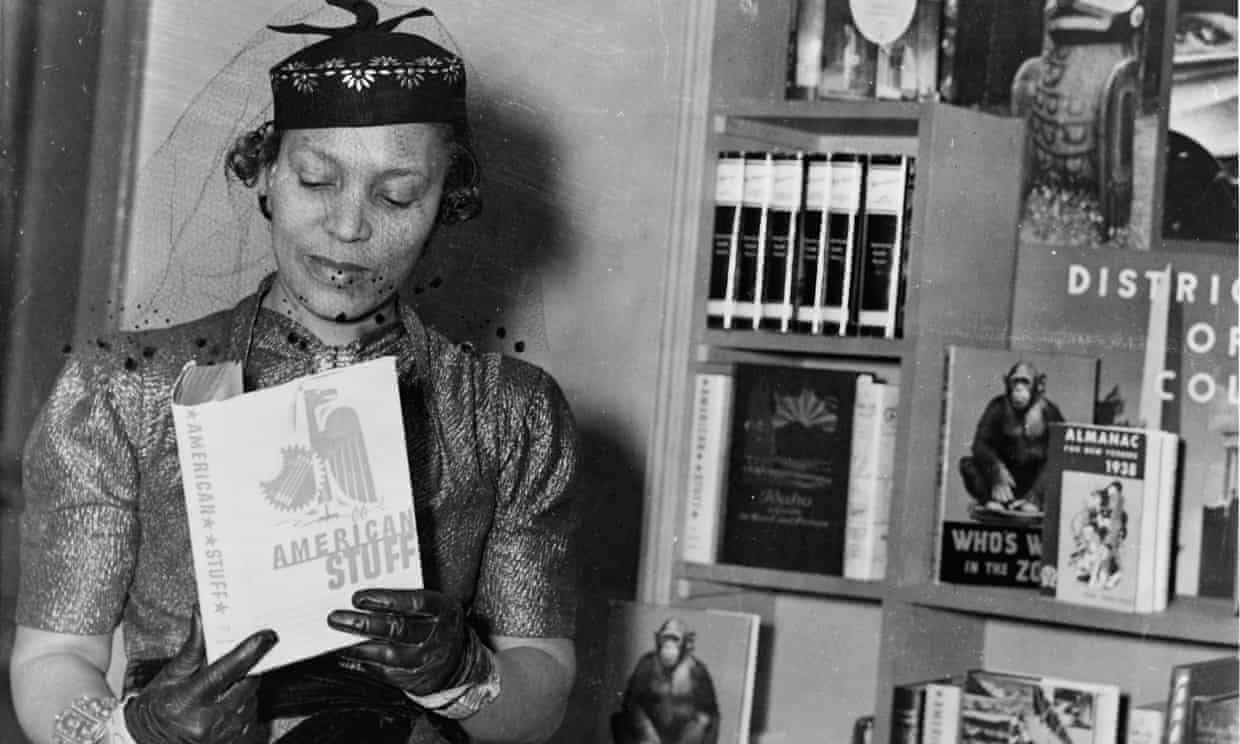 I think names should mean something. My son is called Osceola, after the Native American Seminole chief; my daughter is called Zora, after the Harlem Renaissance writer Zora Neale Hurston. So, given that I had no say in what mine would mean, if anything at all, I’m glad it means this.

This summer I met the man behind the meaning, at a lunch party organised by the former Barbadian high commissioner. Now 82, he has a mane of white hair and a gap in his teeth as prominent as mine that sits conspicuously in the middle of his smile. Slighter and less serious than he was in his sporting heyday, he is tall, lucid and quite regal – a man who can hold a room without feeling the need to dominate it. There were a few things I wanted to ask him, but I was in a room with Michael Holding and Gordon Greenidge – two titans of the West Indies cricket team that dominated the generation after Sobers – and they were talking about cricket. I know my limits. I sat in silence as they chatted about the lamentable state of the West Indies team and a young Afghani leg-spinner whose name I couldn’t catch.

I am not one for titles and royal honorifics. But I was touched by the way, even as they chatted quite easily, Holding, 64 (who used to go by the nickname “Whispering Death” for the quiet way he approached the crease before bowling extremely fast), never failed to called Sobers “Sir Garry”.

At as suitable a pause as there was ever going to be, as the afternoon edged towards me losing my chance and the conversation not even remotely coming around to namesakes, I blurted it out. “I’m Gary,” I said. “My parents named me after you.” I will not lie. It did not feel cool. When you are surrounded by accomplished people and your accomplishment is something you had no control over, you are clearly out of your depth. Sobers smiled affectionately – it didn’t look as if it was the first time he had heard this, and what’s a man supposed to say? – and then shared his retort to those who ask him why he spells his name with two “r”s when Garfield only has one. “When you shorten a name you add the ‘r’,” he said. “Gerald only has one ‘r but how many does Gerry have? Harold only has one ‘r’ but how many does Harry have?” he said, on a roll and with a laugh. When I asked him for a selfie I neglected to mention that I had just the one “r”.

Truth is, the precise way in which one chooses to spell Gary matters less and less because almost nobody calls their kid Gary any more. The name reached its peak in 1964, when it was the 16th most popular in England and Wales. The decade before and after produced Mssrs Barlow, Oldman, Lineker, Kemp and my goodself. Today, we are awash with Noahs, Dexters, Jaydens, Mohameds and Masons. In 2013, with just 28 parents calling their kids Gary, it didn’t even make the top 1,000. Two years later, a couple called their son Gary just to keep the name from dying out. (I did not mention the former pop star Gary Glitter, whose high-profile convictions for child sexual abuse may have been a contributing factor. His real name was Paul. We don’t claim him.)

Still, we had a good run. And, for me personally, it could have been worse. On the penultimate ball of the over, on the day Sobers entered the history books, he was caught by Roger Davis, who then fell backwards and dropped it over the boundary. A year before, Sobers would have been out. But they had just made an experimental rule change covering such an eventuality and so six it was. Now, four sixes in an over is nothing to sniff at. But it would have been no world record. Who knows what my name might have been had fate not come down on his side in that moment? Had my parents been more into football, they could reasonably have called me Pele or Eusébio. If Vanburn Holder, another Barbadian member of the West Indies team that year, had scored six sixes, I might have borne his name. But they settled on Gary and Gary settled on me. Having now met the man who made it possible, the story I don’t have to tell, but am happy to share, got a whole lot better.