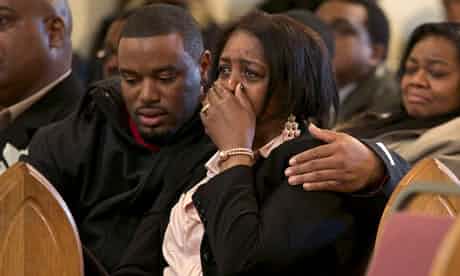 Gun violence in Chicago: a struggle for answers in Obama's hometown
The Guardian,
Photograph: John Gress/Reuters

On the 10th floor of the University of ­Illinois' school of public health, Dr Gary ­Slutkin points to a map of Chicago with dots showing where murders have taken place. Lake ­Michigan lies to the east, the north is mostly clear, but some areas of the south and the west, including ­Englewood, are covered in dots.

"It's the same pattern on a map showing ­incidence of cholera in Bangladesh. It's an infective process," he says.

Slutkin, the managing director of Cure the Violence, is a doctor who specialises in infectious disease control and reversing epidemics who used to work for the World Health Organization. He thinks violence behaves like tuberculosis or Aids – and sees it as an infectious disease that can be stamped out by challenging and changing behavioural norms. Across the room a graph shows fatal shootings in Chicago over several years — a rollercoaster of peaks and troughs. "It's the same curve for almost every city," he explains. "It's an epidemic curve."

If gun violence is an infectious ­disease, then Chicago has the bug pretty bad. There were 506 gun murders last year, 16% more than in 2011. This year, so far, has been even worse; three ­people were shot dead on 1 January alone, and with 43 fatal ­shootings this January was the deadliest in ­decades. A few weeks ago, Shirley Chambers lost her fourth of four children to gun violence.

A few days later, 15-year-old Hadiya Pendleton, pictured, who had ­performed in her band at the presidential ­inauguration, was shot in the back less than a mile from the president's Chicago home. Her death resonated nationally, bringing the first lady to her funeral last Saturday. Slutkin estimates that between 20% and 30% of Chicago ­children have witnessed a shooting.

The problem is not citywide but concentrated in mostly low-income and minority neighbourhoods. Contrary to popular perception, it's not the worst city in the country for gun violence – it's not even in the top 10. Nor it the worst it's ever been – over the last 20 years shootings have fallen by half. But two things make Chicago's gun problem stand out. The first is that it's by far the biggest city to see such a ­significant upswing at a time when many other large urban areas are ­actually seeing gun murders go down. 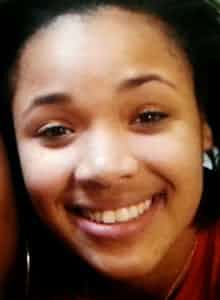 The second is that it's the ­president's hometown, and the fact that his ­administration is pushing gun control has not been lost on either those who support or oppose his initiatives.

On Tuesday night, Obama will give the first state of the union speech of his ­second term, before heading to Chicago on Friday to talk gun violence. Carolyn Murray, a gun control ­advocate frustrated by the ephemeral nature of public anger at gun crime, will be in Washington to hear the speech. "People tend to get in an uproar for a week or two and then go home," she says.

Murray has been campaigning for years in the northern suburb of Evanston, and was in the process of organising a gun buy-back programme when her son Justin was shot and killed on his grandmother's lawn. She had become so accustomed to gunfire at the weekends she could call the police and tell them what caliber was used and the direction of the shooting just by listening in bed. "Everybody's busy and working hard. But when it affects your life like this you have to do something."

But opponents of gun control point to Chicago's already strict gun laws as ­evidence that regulation won't help. Chicago has no gun shops, handguns were banned completely until 2010 (when the supreme court deemed that unconstitutional), and owners must register their guns with the police. Illinois is the only state in the country that does not issue licenses for "concealed carry" – which an appeals court recently also deemed unconstitutional. If regulation works so well, demand gun rights advocates, why is Chicago in such a mess?

You can find the answer just a few minutes outside the city limits, right next to Altgeld Gardens – where Obama was a community organiser in the 1980s – at Chuck's gun store in Riverdale. A quarter of the guns confiscated in ­Chicago are from the surrounding suburbs, according to the University of Chicago crime lab. More precisely, between 2008 and 2012 almost one in five guns recovered in crimes within a year of ­purchase were bought at Chuck's.

Chuck's sits in a tumbledown row of shops, some shuttered, next to a place that does your taxes and, appropriately enough, a funeral home at the end of the street. They buzz you in, check your ID, have videos monitoring and even have a dress code – one man was asked to take off his hooded top and bandana. The guns hang on walls and sit in cases; on the radio, the 80s power-ballad I Want to Know What Love Is by Foreigner is punctuated by the pounding of a Glock semi-automatic in the firing range at the back. All the staff are white; all the ­shoppers are black. Chuck's staff don't just hand out guns. Residents must apply to the authorities and wait months for the necessary permit. 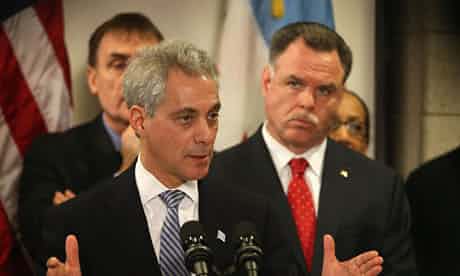 But it is the political culture that sets the tone for places such as Chuck's – and that culture has resisted moves to restrict gun ownership for two ­reasons.

First, gun rights supporters are far more engaged and more likely to be single-issue voters than gun-control advocates. Second, the National Rifle Association, which claims more than 4m members, has a budget of more than $300m and spent almost $22m last year trying to influence elections.

"They are passionate," explains Tom Vanden Berk, chairman of Illinois' main gun-control lobbying group. "They are vicious. And while they seem crazy they are no joke." In 2000, Democrats ­credited the NRA with swinging the election for George Bush by costing Al Gore his home state of Tennessee. It was around that time that Democrats, as a party, effectively gave up on gun control for fear of the electoral consequences.

Last year, Vanden Berk's political action committee spent more than $60,000 backing statewide anti-gun politicians "We have to fight it politically. For years we tried to educate the public and have marches but it didn't change anything. But there are two things politicians understand – money and votes. It's a long game."

He should know. He lost his 17-year-old son, Tom, to a stray bullet at a party in the north of the city more than 20 years ago. "I said I'd pick him up at 11.30pm. He called to ask if he could stay out until 1am because he wanted to play his music. I said no. He argued that since his grades had been good I should give him a break. We negotiated and settled on 12.30. Tommy was killed just after midnight."

Police found the shooter and put him away for 50 years. "I didn't focus on him. I know he's a poor, pathetic thing. I focused on the gun. In Britain you have all the things we have here – gangs, poverty, racism. The thing you don't have is guns." 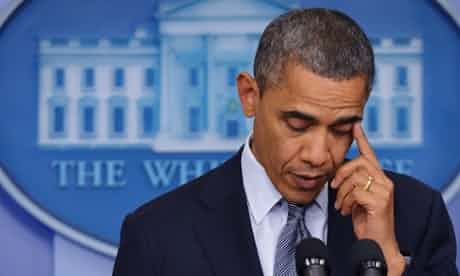 Barack Obama wipes a tear from his eye as he speaks following the Newtown school shooting. Photograph: Mandel Ngan/AFP/Getty Images

The mass shooting of primary school children in Sandy Hook in December 2012 has galvanised the national ­conversation. On the day, Obama was moved to tears, but shifted from the routine calls for prayer and unity that generally follow mass shootings to an appeal for action. Soon afterwards the police, who had been indifferent to Murray's gun buy-back programme, started to show a keen interest. The image of the gun problem shifted from one of inner-city pathology to a nationwide crisis.

Just over a month after Sandy Hook, Obama presented plans for ­legislation. "This will not happen, unless the ­American people demand it," he said. "We've suffered too much pain, and care too much about our children to allow this to continue, then change will – change will come."

Since then there have been a litany of speeches, hearings, ­pronouncements and tragedies that have kept the issue front and centre. "There was something about Sandy Hook that was maybe a tipping point," said the Rev Jesse ­Jackson, before a march to the site of Pendleton's shooting. "We were ­making the case, but we couldn't make that case heard until then."

The question, says ­Slutkin, is a ­tipping point for what. "If you don't get the ­diagnosis right, then you can mobilise to do the wrong thing or at least something that really won't have much effect. Some people have been ­mobilised to say it's a ­mental health problem. Some people want longer jail times."

This is where consensus breaks down. Slutkin believes the key lies in treating violent crime like a disease and changing the norms in the worst affected neighbourhoods to prevent its transmission. "We need to interrupt the spread, change the script, change the behaviour and change the norms," he says.

Cure The Violence does a great deal of public education, often in concert with local clergy, to organise communities against gun violence. But it also has a team of "violence interrupters" who may be ex-offenders and former gang members embedded in the community who try to broker truces or will go to the emergency room of a victim and persuade family members not to retaliate.

Brown believes the roots of the violence are economic. Unemployment in and around the area stands at 35%. Many of the homes nearby have been foreclosed and boarded up. The mortality rate for black infants in Chicago is on a par with the West Bank. One-in-five black male Chicagoans is out of work and one-in-three live in poverty. As Yvonne Sobers, a Jamaican human rights activist once told me: "In a ­community without a safety net the gun represents the safety net. The gun is power, money and manhood."

Murray believes the national conversation belies deep-seated regional differences about attitudes towards and the impact of guns. She recalls sitting next to a Floridian on a plane ­journey as he told the story of how he was out fishing when an ­alligator attacked his brother and he shot it with a rifle. "I don't want to take his gun away from him so he can't shoot an alligator," she says. "But in Chicago, we don't have alligators."