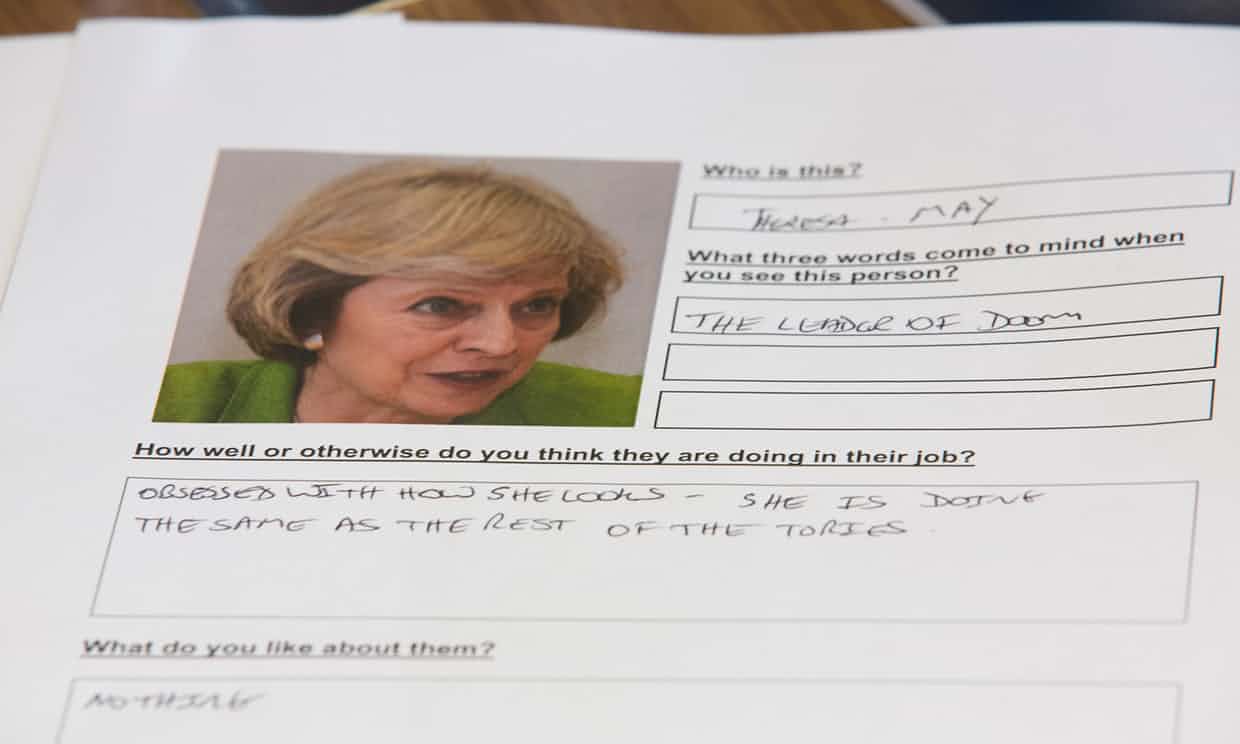 Sarah had driven down from Edinburgh listening to the radio, the day seven Harrow West voters were brought together in a Wembley hotel room for a focus group. On air, all the talk had been of the Labour manifesto; one could imagine Sarah sitting in her car nodding in agreement as she headed south. Taxing people for earning more than £80,000 seemed reasonable to her. Things had swung too far the wrong way, she thought. It was time to “make things fairer”. Debbie, another member of the group, was broadly in agreement. “We need to show people we care about them,” she said. The other five people all had their say. But it was Sarah and Debbie who set the tone.

They were all undecided. But they were not all equally vocal. And if we want to avoid another surprise come election night, then we need to understand why that matters. Because by the end of the session, it seemed as though the mood of the room was definitely pro-Labour. This group of uncertain voters – recruited to be representative of the constituency in which they will vote – certainly had their criticisms of Jeremy Corbyn and the Labour frontbench, and they noted some impressive attributes in Theresa May and the Conservatives. But after almost two hours, the general case for voting Labour had been made by most; the case for voting Tory had not been made by any. When asked to write down how they would vote if the election were tomorrow, not all participants read out their answers. But of those who did, all said Labour bar one, who said that at this point he would rather spoil his ballot.

“I think there were some secret Tories in the room,” says Deborah Mattinson, the founding partner of BritainThinks, which convened the focus group. “There were some very articulate Labour-leaning people in the room who spoke about compassion. It’s hard against that backdrop to say: ‘I’m a Tory.’” Research suggests this was why the polls called the 1992 election wrong, predicting a hung parliament when the Conservatives went on to win a narrow majority. In that instance a quarter of the error was put down to people refusing to disclose their true voting intentions. (In the 2015 election, the polling error was put down to inept sampling.) “When a conversation turns that way, people think saying they’re going to vote Tory makes them look like a bad person,” explains Mattinson. 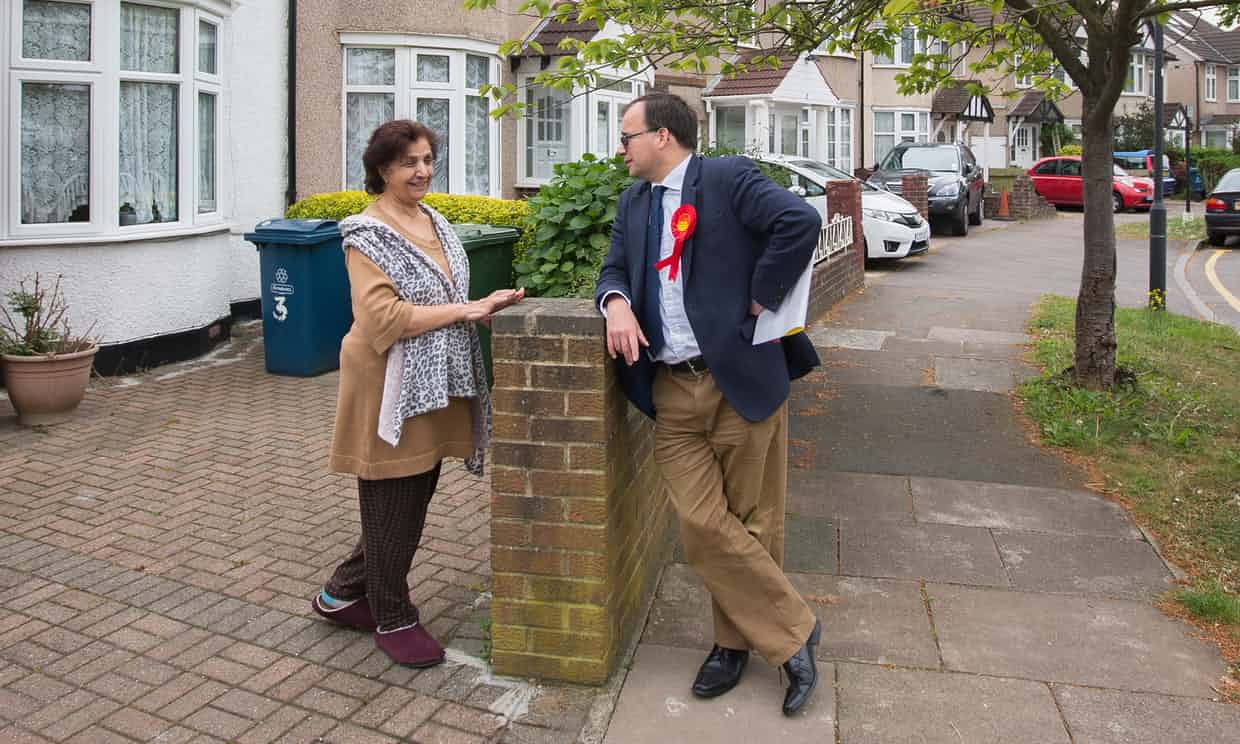 MP Gareth Thomas on the campaign trail. Everyone in the focus group knew his name and many had seen him around. Photograph: Graeme Robertson for the Guardian

There were other reasons, however, why the room had that Labour tilt. Key among them was the local MP, Gareth Thomas, an approachable man who grew up in the constituency and still lives there, and who is standing for re-election. According to the Hansard Society, three-quarters of people cannot name their MP. In this room, everybody save one knew who Thomas was. They had seen him around. One participant even went to school with him. “Gareth’s just Gareth,” he said.

Most knew someone he had helped. “My husband is a Tory voter and he’s quite conflicted,” said Debbie. “He wants a Tory government but he wants to keep Gareth as our MP.”

In tight marginals such as Harrow West, where Labour won with a 2,208 majority in 2015 and has never had a margin greater than 6,156 since 1997, when it won the seat for the first time, the profile of a local MP can make all the difference. (Only one person in the room, Sarah, realised it was a marginal constituency, and that was because she had read my first dispatch in this series just a few days earlier.) “I was struck by the strong personal backing for Gareth Thomas,” says Mattinson. “When you see seats buck a national trend, that is often why.” 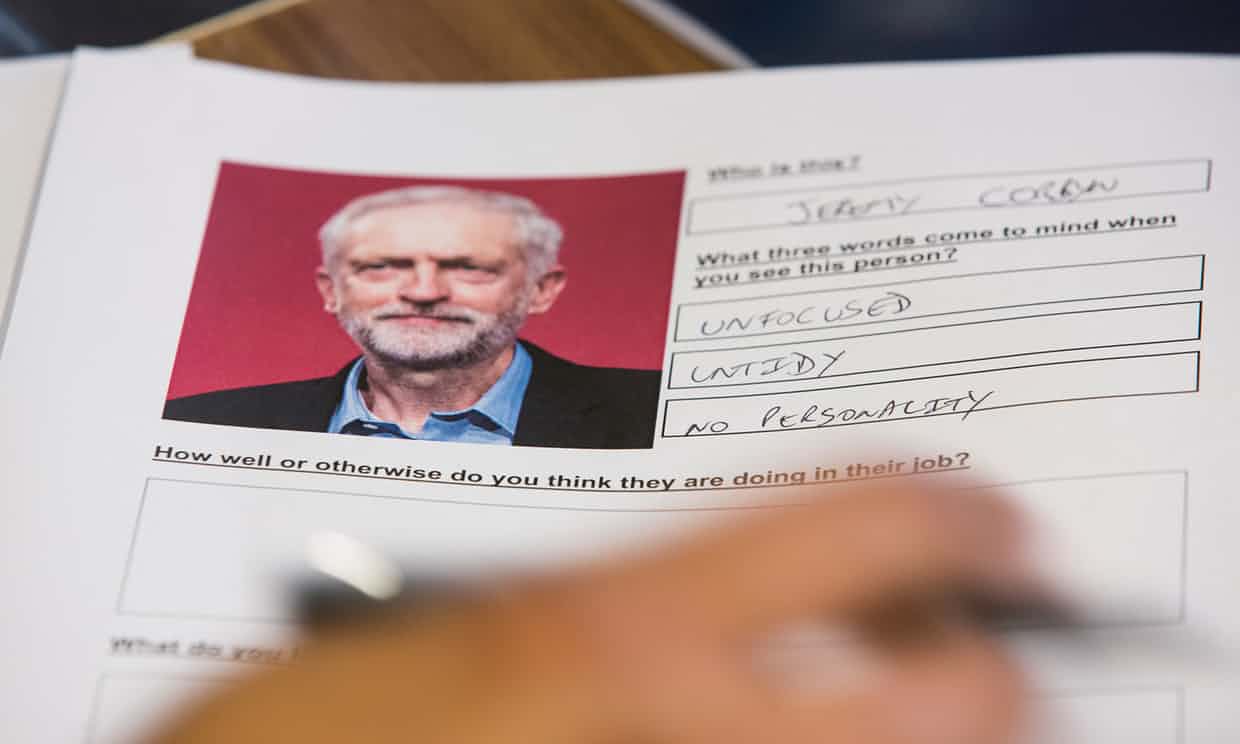 One voter’s responses on Jeremy Corbyn. Photograph: Graeme Robertson for the Guardian

Locally, Labour also seems to have hit the ground running in a way the Conservatives have not. None of the focus group said they had received any local literature from the Tories – although the majority had had a national message – whereas most seemed to have had some engagement with Labour locally through canvassing or leaflets. “I have no idea who they are,” said one referring to the Conservative candidate, Hannah David, who stood in 2015. (I am looking forward to spending some time with David for this series, next week.) No other parties came up.

The consensus in the group was that for all Harrow’s benefits, particularly the schools , the borough’s best days were behind it. “It feels unloved,” said one. “It’s not a green suburb any more,” said another. Those who had children were particularly worried about how they would find housing, fearing they would almost inevitably be priced out of the area.

But it was national issues that dominated. Concerns about Diane Abbott’s interview with LBC, in which she misstated funding for new police numbers, were raised by one and echoed by many. “She was just picking figures out of the air,” said Graham. “It was scary because in five or six weeks she wants to be representing the country and a lot of them just don’t seem ready.” 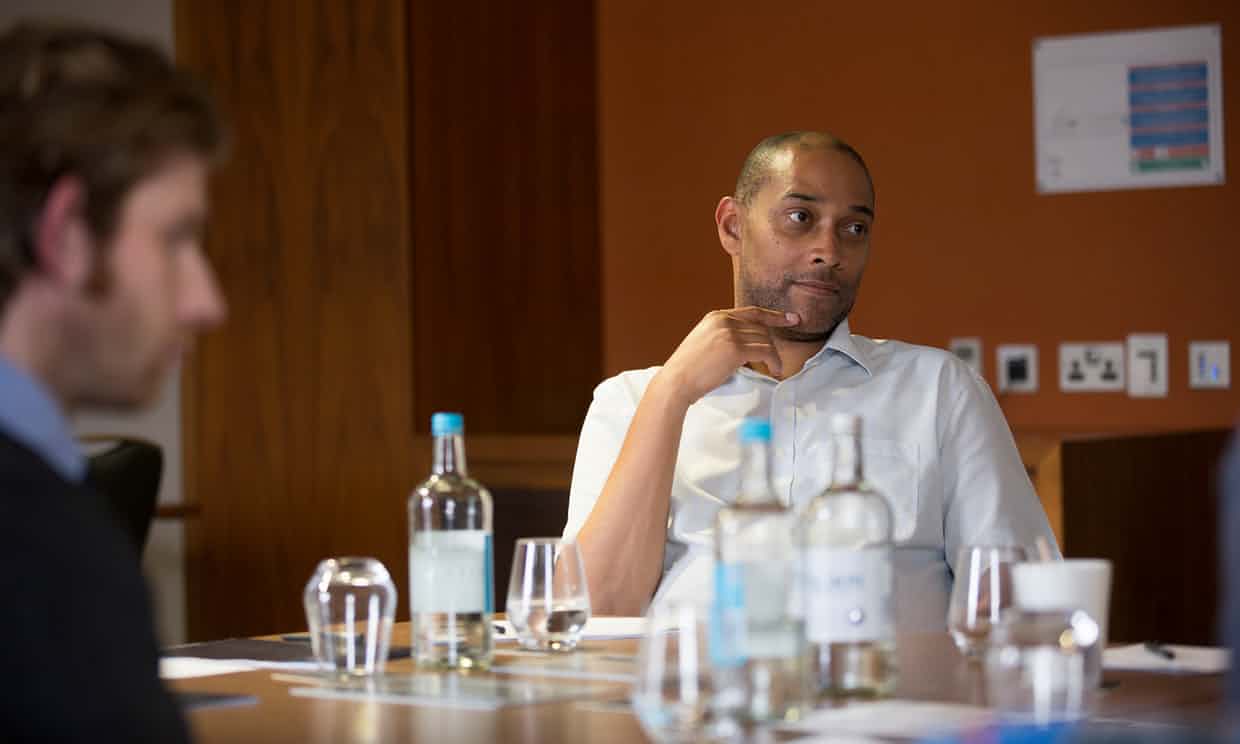 Voters taking part in the focus group. Photograph: Graeme Robertson for the Guardian

The group didn’t like May: among the words used to describe her were liar, headmistress, busybody, uncaring and untrustworthy. But I detected a sneaking respect for her. Other descriptors included strong (twice), Thatcher and clever. With Corbyn it was almost the opposite. While they thought he was honest, principled, kind, genuine and an idealist, they also found him weak, unprepared, divisive, untidy and unfocused.

If they were voting for a Brexit negotiator then you got the sense they would go for May even if they didn’t like her, in the same way you might choose a lawyer – because you’re picking someone to represent your interests, not to be your friend. But it wasn’t obvious that they were thinking about negotiations first. While there was general anxiety about Brexit, there was fatalism about it too. “Forget Brexit,” said Graham. “That is inevitable. It’s about the more important and pressing issues of education, housing, the NHS and policing in this country that need to be addressed.”

One would imagine that would favour Corbyn. Hearing the flow of the conversation in the room, that seemed to be the case. But still waters run deep. And the experienced pollster in the room detected a definite undertow pulling some in the other direction.