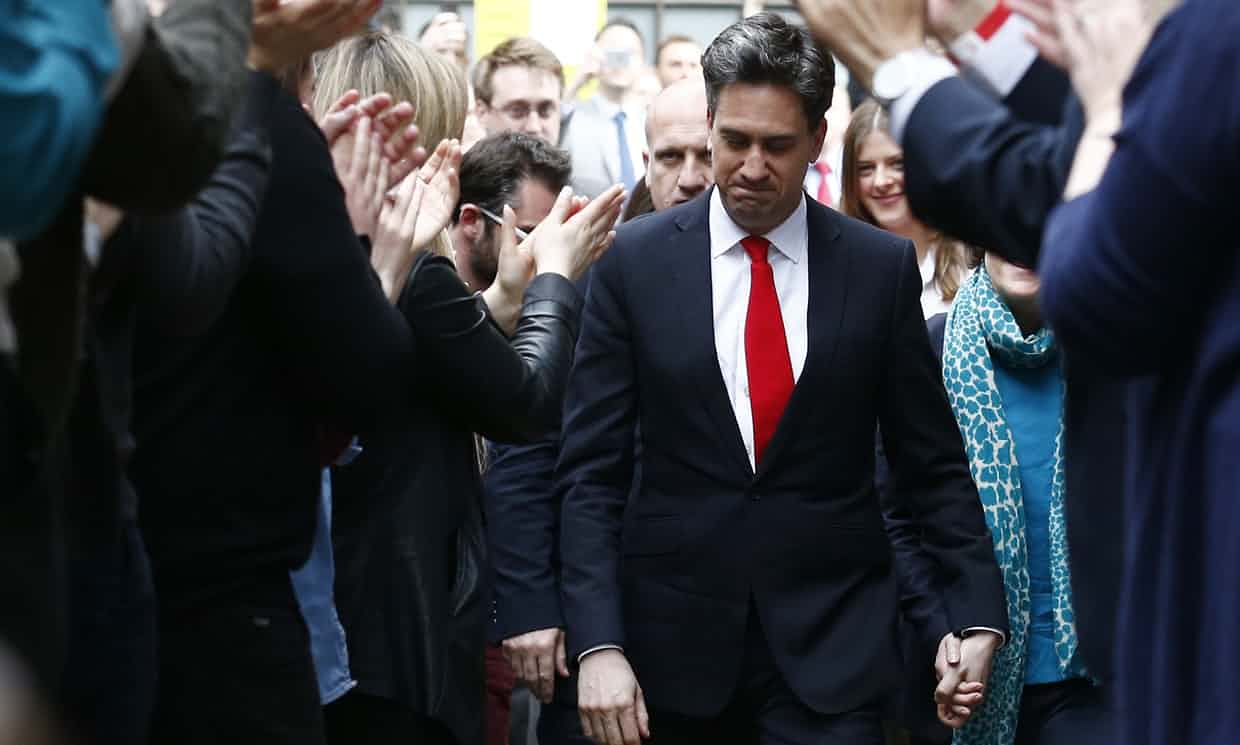 The late Uruguayan author Eduardo Galeano once expressed his deepest concern that “we are all suffering from amnesia … [that makes us] blind to small things and small people”. Who, I asked him, was responsible for this forgetfulness. “It’s not a person,” he explained. “It’s a system of power that is always deciding in the name of humanity who deserves to be remembered, and who deserves to be forgotten.”

Seeing the response to Labour’s election manifesto last week was a clear illustration of just how powerful the amnesiac qualities of that system can be. For the past two decades, even as inequality grew to obscene levels, the notion that a government could tax the wealthy in order to fund public services had been all but banished from the public square. Similarly, the idea that we could take back into national ownership private companies delivering abysmal but essential public services, such as trains and utilities, was simply not discussed. These arguments were never lost; they were simply marginalised until we just stopped hearing them.

For the past two years, the incantation among mainstream pundits and the majority of the parliamentary Labour party has been that under Jeremy Corbyn Labour offers no opposition to the Tories, and he will eventually destroy the party. Increasingly, though, it seems he could be the party’s best hope for survival and renewal, precisely because he has articulated what opposition to austerity might look like.

If this sounds fanciful, one should look elsewhere on the continent for a sense of what Labour’s future might have looked like, had it continued on its former path.

In 2009 the Greek Socialist party, Pasok, entered government with 44% of the vote; by 2015 it was down to seventh, with just 5%. The party’s demise coincided with, and was arguably precipitated by, the rise of the more leftwing Syriza, which went from 5% and fifth place to 36% and government within the same period.

This dual trajectory gave rise to the term Pasokification: the dramatic decline of a centre-left party that is eclipsed by a more leftwing alternative. A word was needed for it because there’s a lot of it about.

Earlier this month the French Socialist party came fifth in the first round of the presidential election with just 6% of the vote, while the hard left won 20%; back in 2012 the Socialists came first with 28% and went on to win the presidency. In Holland the PvdA, the mainstream social democratic party, won 6% in March and came 7th while the GreenLeft coalition won 9%; back in 2012 the PvdA came second, with 25%.

Less pronounced versions of the same dynamic have occurred across the continent. When parties created to represent the interests of working people in parliament decide instead to make working people pay for the crisis in capital they get punished, and ultimately may be discarded.

Anyone who believes that Labour is immune from this contagion just needs to take a look at Scotland, where the party went from 41 seats in 2010 to just one in 2015, before Corbyn was elected leader.

To understand the Labour party’s fortunes in this election outside of this trend would be like looking at each national uprising during the Arab spring in 2011, or the collapse of Eastern bloc dictatorships in 1989, as being somehow wholly discrete from each other.

This is why so much of the criticism of Corbyn has been so unhinged, and has proved so unenlightening: not because he is not worthy of criticism, but because so many of those criticisms have been framed as though his leadership came from nowhere, his supporters were not worthy of a fair hearing, and the party he leads exists in a vacuum.

It is certainly true that, were Corbyn not running the party, its standing would be different – but there is nothing to suggest it would be faring better.

The predictive currency of polls has been severely devalued of late. But for what they’re worth, Labour is poised to get a slightly larger share of the vote under Corbyn than it did under Ed Miliband. True, there’s not a single one that suggests Labour will win; nobody should pretend that that doesn’t matter. But it’s a far cry from the disaster many were predicting at this stage. And, crucially, there’s no evidence that the party would be in a better position under anybody else.

A recent GfK poll showed that more people would consider voting Labour under Corbyn than they would if the party were led by Miliband, London’s mayor, Sadiq Khan, the former premier Tony Blair or one of Corbyn’s rivals for the first leadership race, Yvette Cooper. Herein lies one of the two key problems with the “anybody but Corbyn” brigade.

First, they don’t have “anybody”. Corbyn’s leadership does come up on the doorstep as a problem – but Owen Smith or Liz Kendall do not come up as solutions. There is no charismatic standard-bearer waiting in the wings.

Second, even if they did have a candidate, they do not have an agenda. For a while it wasn’t obvious that Corbyn did either. Elected to lead the fight against austerity in parliament and to reframe Labour’s priorities, he has spent much of his tenure defending his position. A muddled response on Europe did not help either. His enemies didn’t need ammunition – but too often he gave it to them anyway.

He was never going to succeed on the terms of the mainstream media and significant sections of the parliamentary party. For them, his failure was pre-scripted. Last Monday Corbyn was mobbed by enthusiastic crowds in Leeds while Theresa May was confronted by a woman with learning difficulties in Abingdon over the disability cuts. On Tuesday the Daily Mail front page headline was: “Corbyn’s tax war on the middle classes”. Meanwhile, those who abstained on the Tory welfare bill and ignored a million people marching against a war long ago abdicated the right to accuse anyone of failing to provide opposition.

The problem was that Corbyn was failing on his own terms. As such, the manifesto has had an almost therapeutic effect. Beyond reintroducing basic social democratic policies to the arena, it provides the clearest illustration yet of what the last two traumatic years within the Labour party have been about. This unexpected left turn in the party’s leadership was, it turns out, not about delivering the party to Hamas, but delivering decent public services and a programme for tackling inequality.

The fact that it took such a radical departure from the direction Labour was once heading in to produce such a moderate document says a lot about how desperate things might have been. If this was a return to 1983, it was to the SDP manifesto – not Labour’s.

A lot can change in 20 days. And if the national media have been this hostile when they thought Corbyn was down and ostensibly out, one can only imagine how dark a turn things could take. But for the first time in a long time, Labour stands for something more than office.