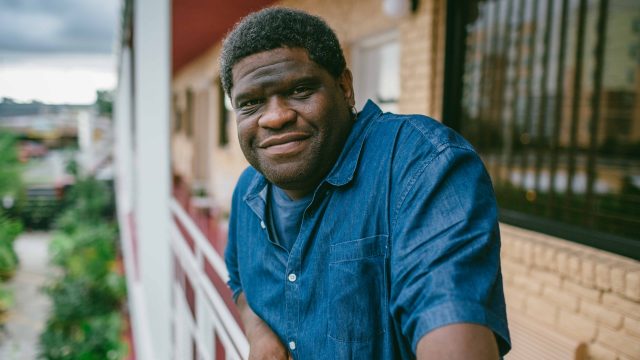 I was recently mistaken for David Lammy, which makes a change from Steve McQueen
The i

The message is clear: non-white people will always be seen as interchangeable, no matter how accomplished or prominent we become

The day after the BBC reported on the death of US basketball star Kobe Bryant using footage of fellow player LeBron James (their names on the back of their jerseys should have been a clue), a woman that I had never met before greeted me in the street as David Lammy, the Labour MP for Tottenham.

This is a new one. In the past my go-to melanin-infused doppelgänger has been the British film-maker Steve McQueen. When my book was up for an award in 1999, a woman came and congratulated me on winning the Turner Prize. Two decades later, at the opening of McQueen’s show Year 3 at the Tate, another congratulated me on “my fantastic work” – particularly weird because McQueen was actually in the hall at the time.

Anyone can make a mistake. I’d hate to live in a world where they couldn’t. I have called out to people I recognised in the street before, only to realise that they weren’t the person I thought they were. Indeed, there is a weird sense of progress in these misidentifications. My mum, who was a teacher, was once mistaken for a cleaner. The fact that people think I might be an MP or Turner prize winner suggests a tragic, weird kind of upgrade.

That doesn’t stop it being annoying. But racism should not be reduced to a series of gaffes: it is about power not politeness. To maintain my mental health, I generally think that if this is the worst thing that happens to you as a black person in the West, then you are probably doing OK.

So why mention it? Two main reasons. First, because it happens so often to the same group of people – non-white people – that it is less of a mistake than a mindset. Not long ago, a Conservative MP approached Abena Oppong-Asare, a newly elected Labour MP, to give her his bag, believing that she was a member of Commons staff.

Meanwhile, Florence Eshalomi, also recently elected said she was mistaken for another female black MP while coming out of the voting lobby. Dawn Butler, the first black woman to speak from the despatch box, was in the Members’ lift when she was once told: “This lift really isn’t for cleaners.”

These are just some of the ones I know about, involving prominent people often at the mercy of professional journalists and politicians. Imagine what is going on in workplaces, courtrooms and schoolyards around the country, and how tedious that must be.

These aren’t any old mistakes – they are the same old mistakes. It’s not as if there are so many non-white MPs, candidates and knights of the realm that they cannot keep it straight. The message is clear. It really doesn’t matter how prominent, accomplished, integrated, qualified or celebrated non-white people become to a significant number of others, including their peers. They will always just be another black person: interchangeable. As minorities we are hypervisible; as individual human beings we are relatively invisible.

Which leads to the second point. One of the ways that racism operates is through a consistent process of misidentification. As a racial minority, you get used to not only being mistaken for other, known, black people, but for racial stereotypes and archetypes. In the past, I have been misidentified as an illegal immigrant (at many borders); a thief (while trying to get into my hotel room); a criminal (while reporting on a court case); a vagrant (while living in an upscale area of Paris) and a delivery man (while visiting friends in Manhattan).

While studying in Paris in 1990, I was beaten up by police who dragged me off a late night Métro train, slammed me against a wall and went through my pockets because they thought I had drugs. I didn’t. While studying in Russia six months later, I was assumed to be American and therefore rich, in a moment when the West was coveted. (Black students who were presumed to be African had a very different experience.) Cars would stop and turn into cabs for me because they thought I had dollars. It’s the only time in my life when anyone looked at me and thought: “Here comes money.”

While that was infinitely preferable to cabs refusing to take me at all, which is standard in many western cities, it still has, at its root, the same problem. They saw my race; they didn’t see me. They couldn’t have. I was broke!

None of these errors has been life-changing. Others are not quite so lucky. After he was murdered, Stephen Lawrence was mistaken for a gangster by the police; several hundred people of the Windrush generation were mistaken for undocumented migrants and lost their livelihoods.

So when someone stops me in the street and thinks I’m another black person, it’s not the worst thing that can happen. But it is a reminder of why so many far worse things can and do happen.

follow on twitter
Just so we're clear about who's responsible: from the people who brought you Liz Truss and COVID parties. "Employer… https://t.co/UgHRUyiPFu
Covering the Mandela & Obama elections, Katrina, #BLM, guns, knives, riots & statues. Drinking with Maya Angelou… https://t.co/kXVHFQNVNo
RT @thebookseller: "This particular anthology is important to me because it focuses on people, places and issues that have in the past been…
RT @FaberBooks: Dispatches from the Diaspora is available to pre-order, with signed copies available to pre-order from @NewhamBookshop now:…
RT @FaberBooks: Dispatches from the Diaspora: From Nelson Mandela to Black Lives Matter. A powerful, career-spanning collection of @garyyo…
RT @DurrutiRising: Huge mobilisations against the cops in #Athens tonight after a 16 year old Roma boy was shot through the head yesterday.…
A couple months ago I conducted a fascinating public interview with RMT leader @MickLynch4AGS .about everything fro… https://t.co/1zKJwllJW2
RT @SRTRC_England: An exciting new role as head of #humanresources at #ShowRacismtheRedCard Please RT. #educatorsjobs @MichaelRosenYes @gar…
“We didn’t ask for Lady Hussey to resign. But, really, the monarchy must do better on race.” Wanting the monarchy t… https://t.co/Pmo9BYdWnf
RT @mikewhoatv: Riz Ahmed nails it…“where are you really from?” https://t.co/vbL0wJr9dW
© Gary Younge. All Rights reserved, site built with tlc
How to get clarinex prescription Velcade cost per pill Renagel online in india What i should buy with celebrex Buy norvasc online no prescription Where can i buy lamisil over the counter Buy generic celexa Low price glucotrol Can i take synthroid and doxycycline together Where can i buy stendra online