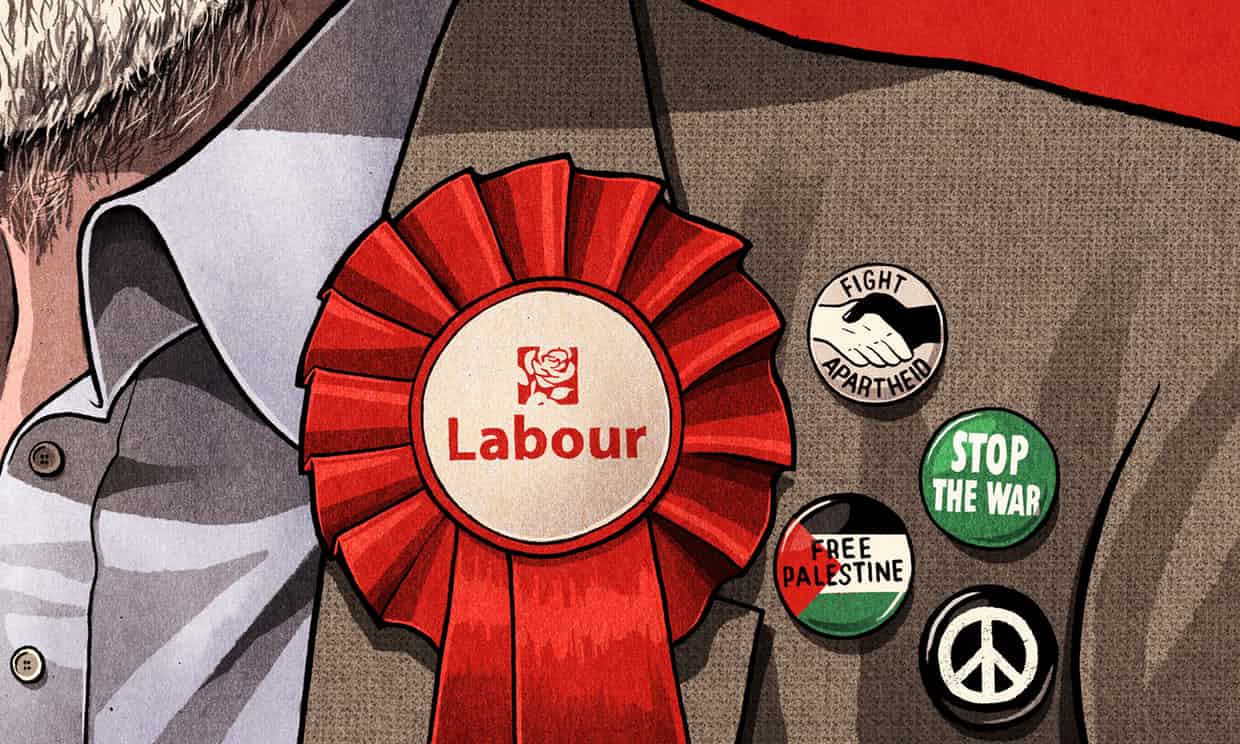 Jeremy Corbyn needs to take on his critics with a major speech. Here’s what he should say
The Guardian,
Illustration: Ben Jennings

On 18 March 2008, during a media feeding frenzy about statements made by his radical Chicago pastor, Jeremiah Wright, presidential hopeful Barack Obama gave a speech in Philadelphia. His aim was to lay out his candidacy and experiences within the context of America’s racial history. Jeremy Corbyn needs to make a similar intervention over accusations of antisemitism. This is the speech he should, and could, give.

For as long as I can remember, anti-racism and internationalism have been a central part of my life. My parents met at a rally supporting Spanish Republicans who were fighting General Franco’s fascists – a crucial episode in the spread of fascism across Europe that saw Hitler’s rise and all the carnage that came with it. My politics were shaped by a leftwing tradition that had a clear notion that injustice could not be tolerated – and that principle was as crucial to defend abroad as it was at home.

So to be branded an antisemite – and the leader of an antisemitic party – after five decades of political activism is something I have had to take seriously, even as I have found it deeply distressing personally.

The left has an impressive history of fighting bigotry and racism in all its forms, and I am proud to have dedicated a significant section of my life to that struggle. I make no apology for that. It has been a struggle conducted both in parliament, where I was one of a handful of MPs who opposed the hostile environment policy that led to the ill-treatment of the Windrush generation, and in the streets, demonstrating with the Anti-Nazi League against the far right and neo-Nazis during the 1970s and beyond.

The left has a proud record of internationalism and I am proud to have dedicated a significant part of my political life to that also. I protested against Saddam Hussein’s gassing of the Kurds in 1988 while the Tory government endorsed selling him weapons; I marched against the illegal invasion of Iraq in 2003 when the Labour government joined the US. I was arrested for protesting against apartheid in 1984 when the British government still branded Nelson Mandela a terrorist. I supported dialogue between Sinn Féin and the British state, a strategy that led to peace, while our government sought military victory, which escalated the conflict. 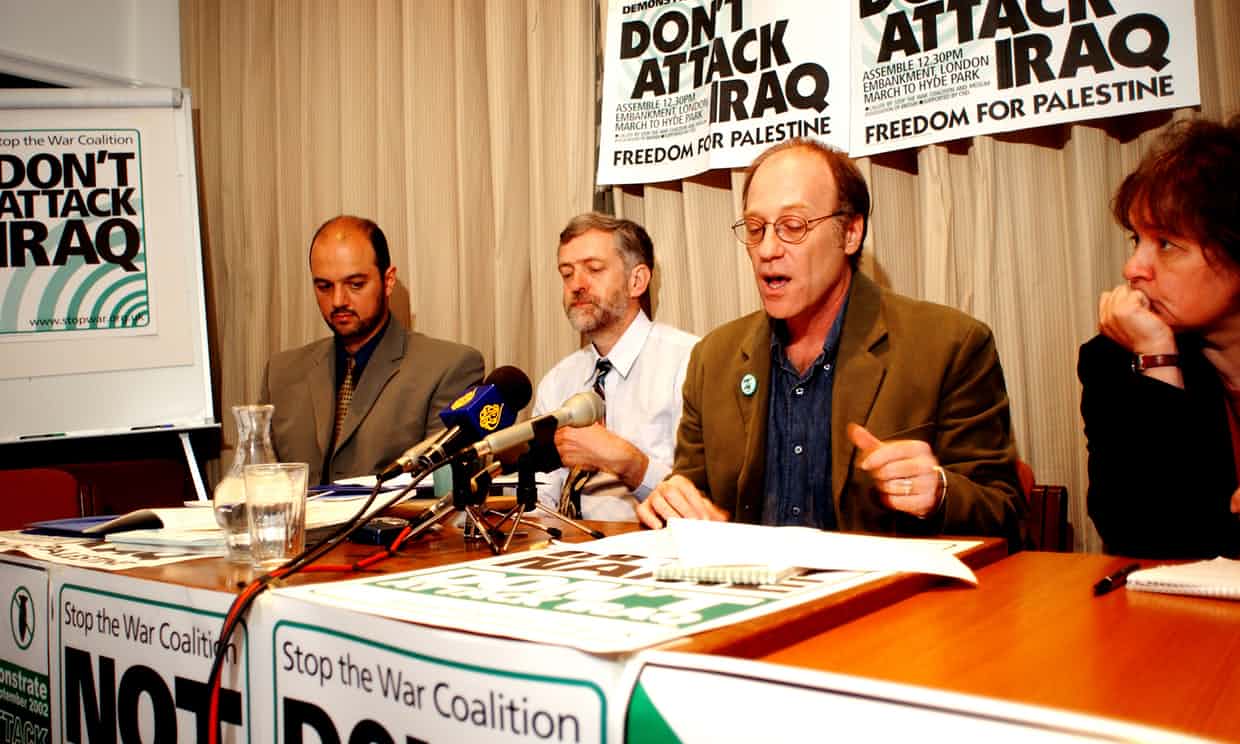 ‘I am proud of my five decades of political activism.’ Jeremy Corbyn (second left) at a Stop the War Coalition press conference in 2002. Photograph: David Levene for the Guardian

I make no apology for this either, even when there have been overtures I have made to groups or individuals that, when divorced from their historical context, appear unwise. Politics is about hard choices. You don’t make peace with your friends but with your enemies. I have been on the right side of history far more often than I have not been – and certainly far more often than those who seek to sully my name by distorting my past.

There is no contradiction in being a committed anti-racist and an internationalist – indeed they come from exactly the same belief: that everybody should be treated equally, that our human rights are indivisible and that discriminating against people is wrong, whoever you are and wherever you are. But there is a specific challenge when it comes to Israel and Palestine as it relates to antisemitism and British Jewry.

There is no shortage of people, on every side of the Middle East conflict, who have blood on their hands. But it is my sincere belief that it is not a conflict between equals. Israel is a regional superpower backed by the west and armed to the teeth that occupies the West Bank and is building settlements on Palestinian land, in defiance of international law. It recently passed a law that makes Israeli-Arabs second-class citizens. Like most people in Britain and around the world we support the Palestinian right to create their own state.

British Jews are not homogeneous. They have a range of views on everything, including the Middle East. That said – and for understandable reasons, particularly relating to the Holocaust – even though many British Jews are critical of Israeli policies, the vast majority feel a close affinity with the country.

So my history of pro-Palestinian activism, which I have always been very open about, is a source of legitimate tension with many British Jews. Reasonable people can disagree on both the origins and the potential solutions to the conflict in the Middle East – that disagreement does not make either me or the Labour party antisemitic. 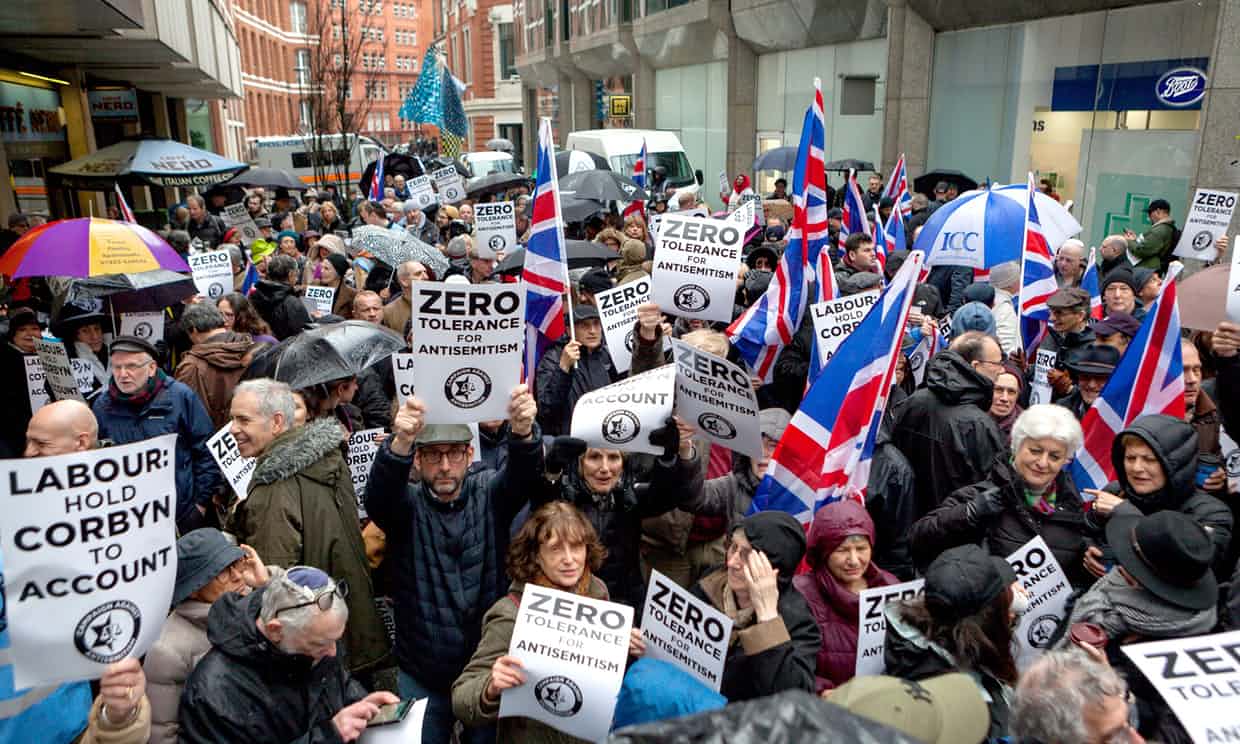 ‘We could have worked harder to engage with Jewish communities.’ A campaign against antisemitism outside Labour’s London HQ. Photograph: Steve Parkins/REX/Shutterstock

The challenge has come in navigating that tension with sensitivity while establishing a clear, coherent and robust distinction between criticising Israel and criticising Jews. Over the last few years it has become painfully clear to me that some on the left have not always risen to that challenge.

The left in general, and Labour in particular, does not have the antisemitism problem that many in the media and the political class accuse us of having. There is no poll or survey that supports the notion that antisemitism is rife on the left or, indeed, any worse than it is among Conservatives.

Yet we do have a problem. Antisemitism is a hardy virus and it would be a grave mistake to assume that we are somehow immune from it. There are some on the left who seek to hold Jews accountable for what Israel does. That is wrong. Some believe that because Jews are overwhelmingly white and some are wealthy, antisemitism is somehow less worthy of our concern than other forms of discrimination. They are wrong. Some believe that because so many of the attacks on Labour under my leadership have been baseless that all of these accusations are baseless. They are wrong. In the words of the great African-American writer and activist WEB Du Bois: “Our worst side has been so shamelessly emphasised that we are denying we have or ever had a worst side. In all sorts of ways we are hemmed in.”

I take responsibility for this. When accusations have been made we have, at times, been too slow to respond or have responded evasively. We could have worked harder to engage with Jewish communities. It makes me cringe to know that, on a handful of occasions, I shared platforms with people who have made reprehensible statements and failed to challenge antisemitic remarks others have made in my presence. On at least one occasion I failed to recognise what I now see were clear antisemitic tropes in a mural. I deeply regret the offence this has caused. There are many things I am attacked for having done that I make no apology for. But these apologies I own. They were my mistakes. And the apology comes not from a point of weakness but strength because I can do better.

The Labour party isn’t perfect. But it’s still the party of justice, equality and inclusion. It’s the party that has sent more women, black, Asian and Muslim MPs to parliament than any other. It’s the party that introduced the first Race Relations Act, the Sex Discrimination Act, hate crimes legislation and commissioned the Macpherson report. That is our history. That is our tradition. Those are not only our founding principles but our guiding principles. And that will be our future.