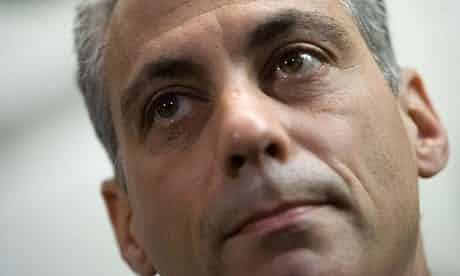 Explaining his desire to host both the G8 and the Nato summits in Chicago, Rahm Emanuel, the city's mayor told an aide: "It's just like the Olympics, only easier to get."

Emanuel, who just celebrated his first anniversary in office, had wanted to kickstart his mayoralty by showcasing the city to the world and his connections to power. Chicago is not only Barack Obama's hometown; Emanuel was his chief of staff. What better way to prove he had the president's ear than to announce that two of the biggest international political events were coming to town.

Unfortunately for Emanuel, if the summits were easier to get than the Olympics they were also easier to take away. In March, the White House abruptly announced that the G8 would be moved to Camp David, leaving Chicago with just Nato. Emanuel, who was given just an hour's notice of the change, was reported to be crestfallen and vexed.

The real reason for the decision is not known. Obama unconvincingly claimed Camp David would "provide a more intimate setting".

A more plausible explanation, even if it has been firmly denied, was a fear that Chicago would be turned into an unseemly battlefield between protesters and police, thereby making the president's hometown the focus of unflattering press coverage less than six months before the election.

In January, Adbusters, the movement magazine that sparked Occupy Wall Street, pledged to "pull off the biggest multinational occupation of a summit meeting the world has ever seen", calling on "Jammers, [to] pack your tents, muster up your courage and prepare for a big bang in Chicago this spring.

"And if they don't listen … then with Gandhian ferocity, we'll flashmob the streets, shut down stock exchanges, campuses [and] corporate headquarters … we'll make the price of doing business as usual too much to bear."

At the Lockdown Bar and Grill on Western Avenue, you can order Anarchy on a plate, an Arson burger, and the Citizen's Arrest sandwich. There have already been eight arrests after a Catholic Workers group attempted to enter Obama's campaign headquarters on Monday. On Tuesday, about 100 protesters held a solidarity march against global police oppression in the city's mostly black South Side. 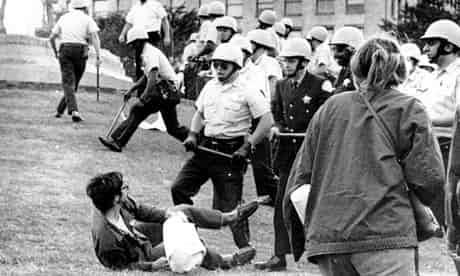 Chicago has hosted many big events since then, including the Democratic convention in 1996 and Obama's victory speech in 2008. Police say they are no longer haunted by 1968, but fear a rerun of a more recent flashpoint.

"It's about Seattle," executive director of the Police Executive Research Forum, Chuck Wexler, told the Chicago Tribune. "That's the turning point." To that end, authorities have already flooded the Loop – the downtown area – with scores of police. Suitably enough, given that it's a Nato summit, Chicago is rapidly acquiring the sense of being under occupation.

This, says one of the protest organisers, Keeanga Yamahtta-Taylor, was the point. "The whole preparatory work has been to create a climate of intimidation," she says. "They want to project overwhelming force so that if you were thinking about maybe coming down and taking part, you'll think again." Just over half the city believed the protests would be peaceful.

It is revealing that Chicago was one of the few cities in the country not to have an Occupy encampment after attempts to set one up in Grant Park led to a slew of arrests.

Lawyers for the defendants argued that the aggressive policing served as a show of force that Chicago was a safe venue for the summits – and as a dry run.

"This was [the] mayor being Mr Tough Guy to show the world that they could come to the G8 and Nato," said attorney Thomas Durkin, who represented several defendants.

Emanuel is a notoriously foul-mouthed centrist who once mailed a dead fish to a pollster who he accused of costing his candidate an election. When he was inaugurated, he said: "I am not a patient man. I will not be a patient mayor." 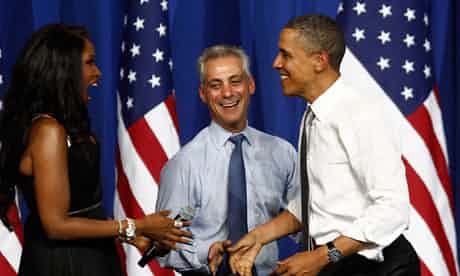 In preparation for the summit, he has tightened rules on demonstrations, raising fines for violators, and has demanded a $1m insurance policy for those seeking a permit.

"Our attempt to organise a peaceful demonstration and exercise our first amendment rights have met road block after road block," says Yamahtta-Taylor.

But if this is meant to scratch an inferiority itch among Chicagoans, nobody has told them. While the summit has broad backing – 58% think hosting it will improve the city's international standing – there is no sense of local ownership of these summits.

No cost-benefit analysis has been produced, or case made as to how the Nato summit would materially benefit a city that has been cutting services and raising taxes to meet balance its budget.

"This wasn't a city-wide decision," said Leslie Hairston, one of the few aldermen to vote against the mayor's summit ordinances. "Where is the economic boom going to be? These people are not going to be shopping at Garrett's Popcorn or going to the Museum of Science and Industry."

For the most part, the Nato summit is referred to as a huge inconvenience, during which roads will be blocked, trains cancelled, museums closed and key parts of the city blocked off. There'll be no civil wedding ceremonies in the city on Saturday (suburban ceremonies at the weekend were stopped because of budget cuts). And some staff at the Aquarium, which is closed Friday through Monday, are locking themselves in because Piquet, the pregnant Pacific white-sided dolphin, is due any minute.

So while Obama may be tangentially vulnerable if his hometown descends into chaos it is Emanuel who will be in deep trouble. This was his idea. He lobbied for it. He got it. It's his show.

Emanuel is the first Chicago mayor for many decades who may have aspirations beyond city hall. He is popular. A recent poll showed 52% of Chicagoans approve of the job he is doing against 29% who disapprove. But his standing is precarious. In a city where the murder rate has risen 53%, compared to this stage last year, less than half think he is doing well on crime. As he prepares to face down the teachers' unions, parents of Chicago school children say they are almost three times more likely to back the unions than him. In a city that is roughly a third black, a third white and a third Latino, it is only among the wealthy and whites that his approval ratings are really healthy.

Over the past 40 years the most common reason for Chicago mayors to be voted out of office is their inability to effectively clear the snow. Emanuel has been lucky with a mild winter. This weekend he's hoping nobody rains on his parade.