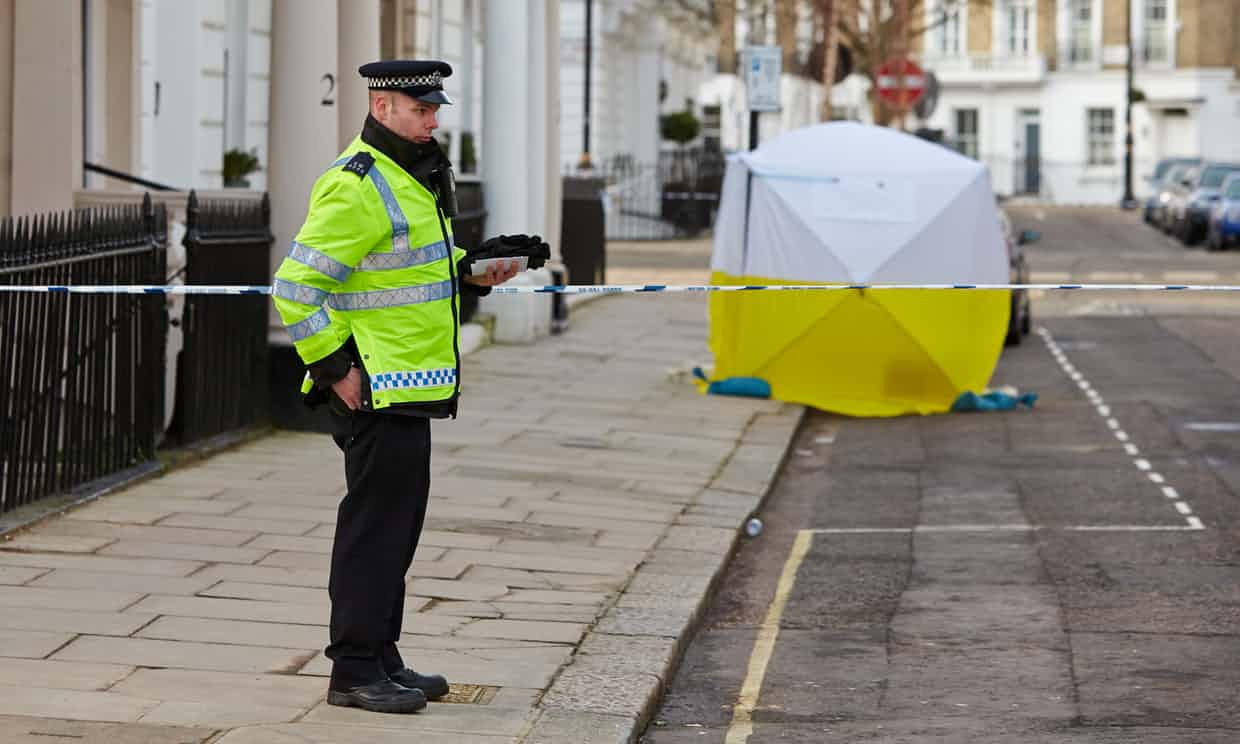 The cause of death that dare not speak its name: austerity
The Guardian,
Photograph: London News Pictures/REX

On Monday Cedric Anderson, the estranged husband of a special education teacher, Karen Smith, walked into her primary school classroom in San Bernardino, California, and shot dead both her and eight-year-old Jonathan Martinez; injured two other children; and then fatally shot himself. Martinez was the 67th child under the age of 11 to be shot dead in America this year. (Four more have been killed since then.) Smith, who had married Anderson just a few months earlier, was just one of the estimated 50 women in the US to be shot dead by a current or former partner each month. Of the 91 mass shootings so far this year, almost one a day, all of those where the identity of the shooter is known were committed by men.

Every day in America, on average, seven children and teens are shot dead. While writing a book exploring the gun fatalities on one random day, I asked every family who I reached an open-ended question about what they thought was driving such shootings. Not a single one volunteered the answer “guns”. I concluded that many I spoke to regarded guns as one might regard traffic, if your child were knocked down – as the regrettable, tragic price one pays for living in modern society, about which little can be done. Similarly, when mass shootings take place commentators will discuss a range of issues – religion, gang affiliation, mental health and race – but masculinity rarely comes up. It’s simply been so factored in to our understanding of how the world works that it escapes scrutiny.

It’s as though once a certain pain threshold has been breached plausible explanations cease to register. People will walk a mile to avoid the evidence right in front of their nose, either because they don’t like it or, more often, because to deal with the underlying issues would demand a conversation for which there is no “public language”: when things aren’t being discussed, it’s hard to find a way to talk about them.

Inured to the obvious, the familiar becomes banal and ultimately invisible even as it stands in plain sight. “Who hears a clock tick, or the surf murmur, or the trains pass?” wrote James Kilpatrick in the early sixties, explaining why white American southerners were so wedded to segregation. “Not those who live by the clock or the sea or the track.”

The day after Martinez and Smith were killed, two Londoners were stabbed to death within 90 minutes of each other, making three knife fatalities in the capital within a 48-hour period. By the end of the week the Metropolitan police had released its annual figures for last year, revealing a 24% increase in knife crime. National figures, which will soon follow, are likely to show a less pronounced but nonetheless sustained uptick in knife crime.

There have over the years been a number of explanations for both the existence, prevalence and growth in knife crime among the young. David Cameron laid some of the responsibility on BBC Radio 1 and its hip-hop output; Tony Blair just came straight out and blamed black kids: “We won’t stop this by pretending it isn’t young black kids doing it.” Gangs, drugs, culture, lenient sentencing, absent fathers, police being too sensitive to be effective – and police being insufficiently sensitive to be trusted – have all been suggested at various times. In an editorial this week the London Evening Standard argued: “education and better parenting, coupled with greater responsibility from the minority of retailers who still sell knives to juveniles, offer the best solutions.”

Some of these explanations make sense. (Drugs, for example, have been a factor at some points.) Some are nonsense. (Britain’s parenting, for example, hasn’t suddenly become worse.)

Race appears to be a false flag. National statistics that break down knife crime by ethnicity are not publicly available. Research indicates that once social class is taken into account, black kids are no more likely to be involved than their white counterparts. Of the 11 children and teens who have been killed by knives so far this year, most have been white – but in the national press the term “knife crime” has only been used when black people are killed.

But it seems there is one enduring explanation for why things have been deteriorating among young people in particular in recent years: austerity. In 2011, the government scrapped the education maintenance allowance, the £30 weekly grant to low-income students who are in school or college. Funding for the education of 16- to 19-year-olds fell by 14% in real terms between 2010 and 2014, leaving sixth-form colleges struggling for survival. Since 2010 there has been a £387m cut in youth services, and between 2012 and 2016 603 youth clubs were closed. In London, £28m has been slashed from youth services budgets in the last five years, leading to 36 youth centres in the capital closing. A starved NHS is unable to adequately provide mental health assistance to the young. The government now plans to cut funding to schools in urban areas.

Once the government has made the political choices that effectively produce a crisis, it then expects the police to establish order and calm over the instability. Only it’s cutting the police too. “We’re leading to a very serious conclusion regarding the potentially perilous state of policing,” said Zoë Billingham, Her Majesty’s inspector of constabulary, recently. “It’s a red flag that we’re raising at this stage. A large red flag.”

Police say that young people who are carrying knives increasingly do so not through gang affiliation but for protection; youth workers say they are scared and don’t trust the police to protect them. In short, as a nation we are actively and consciously underfunding our kids.

Few would make the claim that there is a direct, seamless, causal link between these cuts and the rise in violent crime. Government policy does not put a knife in a child’s hand and encourage them to use it. But any insistence on personal responsibility must be weighed against the collective responsibility societies assume when it comes to keeping children safe.

. But as the cuts go deeper, leaving vulnerable people more desperate, the contextual connection is compelling. If you make it harder for young people to stay in education, harder for them to get treatment if they are mentally ill, harder for them to find safe and productive places to spend leisure time with each other and with adults who are trained to work with them, then we should not be surprised to see an increase in social problems among the young – including social violence in general and knife crime in particular.

Austerity has become such an established feature of our political economy that many are becoming blind to its ramifications. Keep tightening the belt by degrees for long enough and we forget why it is we are struggling to breathe.

In all sorts of ways we are creating obstacles for our young people to succeed, and in so doing setting too many of them up for failure. In this particularly gruesome way, we are seeing the results.