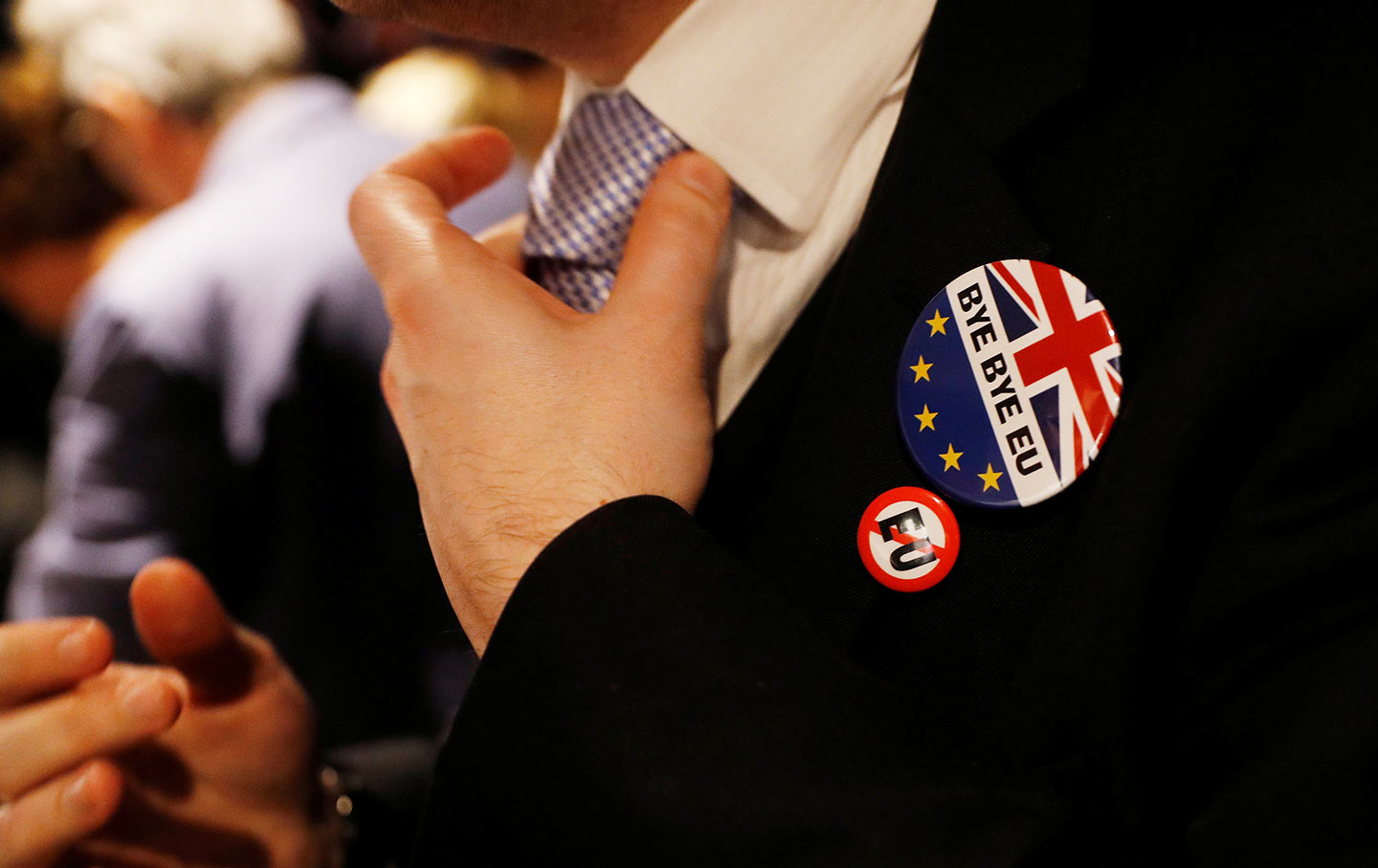 The Far Right Finally Has Brexit—and It’s Making a Royal Mess of It
The Nation,
(Reuters / Peter Nicholls)

Back in late September 2013, the GOP-controlled House of Representatives was throwing one of its episodic hissy fits about Obama­care. Shortly before the GOP shut down the government for over two weeks, one of its members laid out the Tea Party negotiating strategy for refusing to set a budget for the biggest economy in the world. “We have to get something out of this,” said Indiana Representative Marlin Stutzman. “And I don’t know what that even is.” Genius.

Three and a half years later, Republicans have control of both houses of Congress and the White House and their strategy is no more sophisticated. Gifted with a president unhinged enough to sign off on whatever legislation they pass, it turns out that when it comes to figuring out the health-care policy they want, Republicans still “don’t know what that even is.” Despite voting more than 60 times to repeal Obamacare since it was introduced, the moment the Republicans actually get the chance, it turns out they can’t come up with a coherent plan for its replacement.

In its reflexive oppositionalism, a significant and growing section of the Republican Party is like the dog that caught the car. Dogs like to chase cars. But they are not supposed to catch them. Indeed, catching them is always a disappointment. What use is a car to a dog? Dogs can’t drive.

The British far right finds itself in a similar spot. But while the ineptitude of its American counterpart pulled the United States back from the brink (at least for now), the British far right is about to drive its country off the edge of a cliff. At the end of March, as promised, British Prime Minister Theresa May wrote to the European Union triggering Article 50, initiating the two-year timeline for Britain’s departure from the EU. Like the moment when Trump was sworn in at his inauguration, nobody knows how this will turn out, but few progressives think it will end well. And unlike the US presidential elections, which come around every four years, this is it for Britain and the EU.

Within a week of Article 50 being triggered, Michael Howard, a former Tory leader, had threatened war with Spain over Gibraltar, a British overseas territory and limestone promontory of negligible strategic value; Douglas Carswell, the sole member of Parliament for the United Kingdom Independence Party (UKIP), which spearheaded calls for a referendum, left the party; and a tabloid columnist at

, Britain’s best-selling newspaper, had branded the Spanish as “donkey rogerers.” The hard right in Britain has been fantasizing about this moment for decades. Now that it’s got what it wants, it has no idea what to do with the moment beyond making empty threats and issuing brazen insults.

The politicians who led this charge have, predictably, fled the scene. Nigel Farage, the former UKIP leader, has resigned from politics for the third time. Assorted Tories, some of whom contested the leadership, have made themselves scarce. Of the principal architects of the Leave campaign, only Boris Johnson, the Eton-educated, mop-haired toff from central casting, remains as foreign secretary—and he is being sidelined by both the Tory establishment and his European counterparts. So long as Brexit was unlikely, it had many parents; once it became a certainty, it became an orphan.