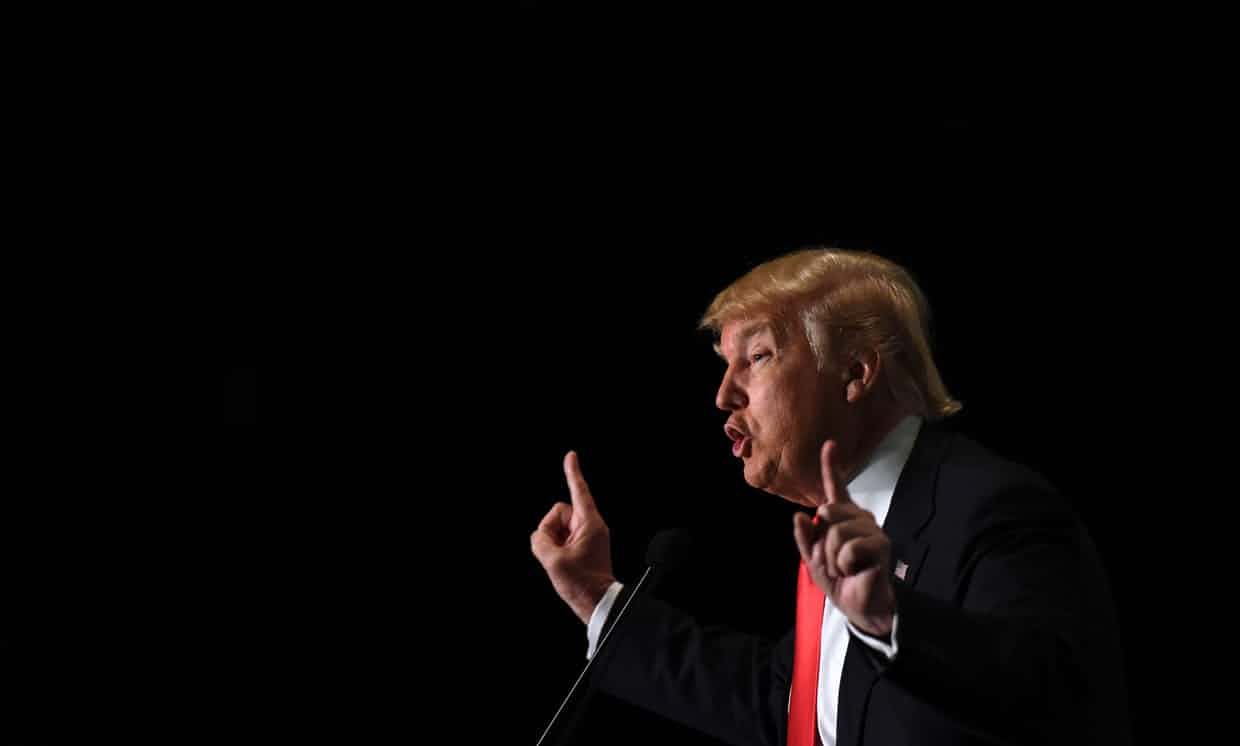 The fractures in America’s political landscape have been exposed
The Guardian,
Photograph: Yin Bogu/Xinhua Press/Corbis

As a parent of small children I sometimes surprise myself with the things I find myself saying. “Don’t play in the tumble dryer.” “Stop putting food in your nose.” “Try not to poo on the carpet.” The individual words are all familiar. But prior to the actual moment they are spoken, the notion that I would ever gather them together into a single sentence seemed implausible. The shock resides in realising I am in a scenario in which they both make sense and are necessary.

Analysing the results of last night’s Iowa caucuses forces a similar double-take. For to explain why Donald Trump came second to Ted Cruz among Republicans or why Democrats handed Hillary Clinton the slimmest of victories against “democratic socialist” Bernie Sanders first raises the question of how we got to a place that this time last year no one would have deemed possible.

Trump’s defeat is a shock because it was assumed he had been leading the race for several months; but it’s far more stunning that he was ever in the running. The dead heat between Clinton and Sanders was expected because we assumed they have been in a close-fought race in Iowa for three weeks now; that doesn’t make the fact that they actually were so close any less amazing.

In both cases the opinion polls prepared us for a new normal that is anything but standard fare; now the actual results are in we must readjust our gaze.

The Democratic and Republican Iowa results have three things in common. First, they are an undeniable and unequivocal rebuke to the party establishments. Cruz, an ideologically driven pious Texas senator, whose grandstanding in the senate has irritated his colleagues, is far more loathed by the Republican leaders than Trump. Add the 52% they got between them to the 9% who backed Ben Carson – the brain surgeon who claimed pyramids were for grain storage and called Vladimir Putin a “one-horse country” – and you have almost two-thirds of Iowans rejecting anything close to a consensus candidate who could unite the party.

Clinton had name recognition, money, a former president-husband, a previous presidential run and virtually the entire party machine on her side. This was supposed to be a coronation in which Sanders was cast as the jester: but it’s beginning to look more like regicide.

Second, the insurgent wings of both parties are redefining the contours of American politics. In 1999, after the release of his film Bulworth, I asked Warren Beatty if he was a socialist. He wouldn’t go near it. “Ideology seems to be so unfashionable,” he said. “So why not take advantage of it and not name oneself with a term that has become particularly problematic.” A poll earlier this month showed that 43% of Iowa Democrats defined themselves as socialists. We have no idea what to compare that with because it’s simply not a question anyone would have asked before Sanders came on the scene. 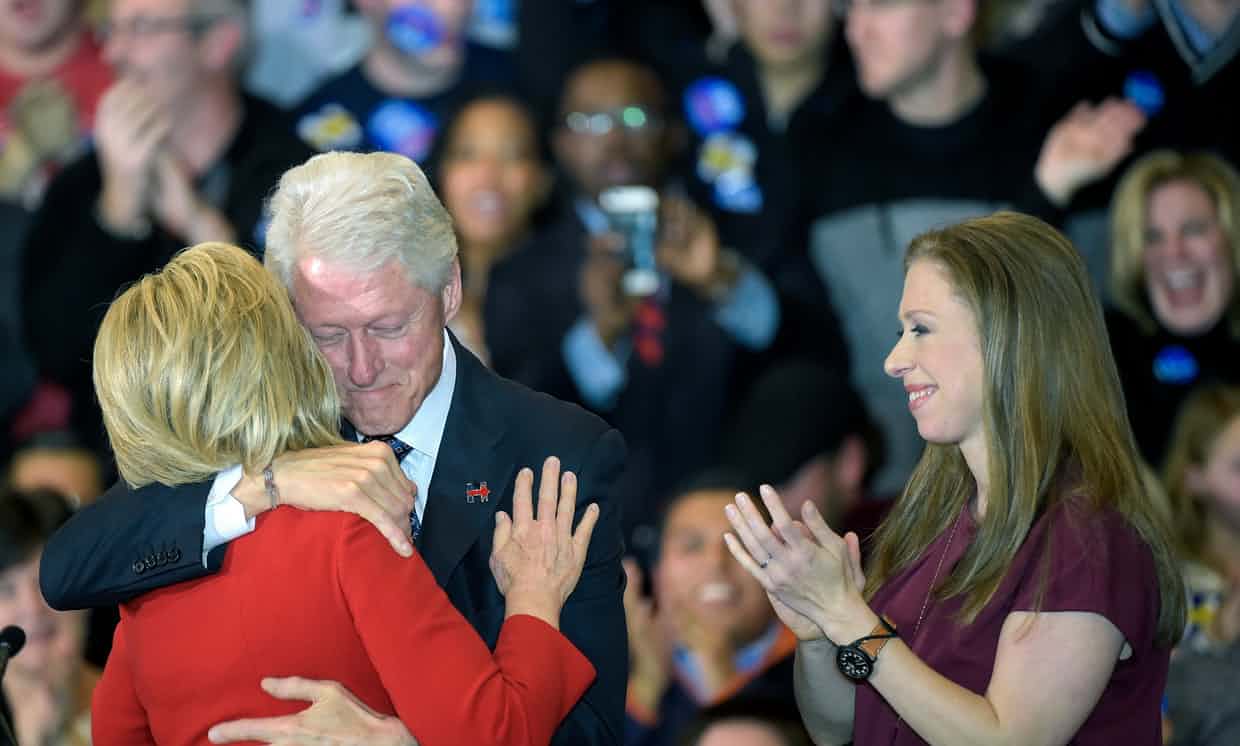 Among Republicans, Florida Senator Marco Rubio, a young, telegenic candidate whose unexpectedly strong third place showing will make him the establishment favourite, has been cast as a moderate. That’s true if you compare him to Trump and Cruz, although judged by that yardstick Ronald Reagan and George W Bush would be moderates, too. But Rubio, an anti-abortionist and foreign policy hawk, was the Tea Party choice for Mitt Romney’s running mate just four years ago.

Third, we are now set for two long races stretching well into spring. The Republican race is fairly evenly split three ways between Trump, Cruz and Rubio; now that Sanders has proved himself viable some will now take a second look. The polls have not served us well thus far, but they predict that both Sanders and Trump will win New Hampshire next week, resetting the dial and recalibrating expectations. It is unlikely that either party will have settled on a nominee by Super Tuesday.

But in most other respects the two contests are very different. Trump’s defeat suggests that at least some of the old rules of electoral engagement still apply. Cruz devoted more time to Iowa than any other serious candidate, visiting all 99 counties, had a strong base of support among evangelicals and an impressive ground game. His conventional campaign won out over Trump’s karaoke-style bluster. So, it turns out, a successful campaign does still involve an organisation that can mobilise your vote – Trump never had one.

It also transpires vulgar swagger and brazen insults may have turned some people off. The quality most voters were looking for was a candidate who shared their values. Only 5% of Republicans felt they could say that about Trump, while two-thirds appreciated the fact that he “tells it like it is” and a plurality thought he was most likely to “bring change”. The Republican field, which has winnowed from 17 to 11, will soon get smaller, leaving those who remain to reposition themselves for endorsements and supporters. A considerable amount of mud has already been slung; things will probably get dirtier.

But Democrats, who have been running a far more positive and substantive campaign, are in better shape. Sanders is reaching parts of the coalition – namely the young and committed – that a figure like Clinton could never reach. Unless he finds a way to galvanise black or Latino support he will never be able to fully rekindle the Obama coalition and will struggle to make an impact once his campaign leaves New Hampshire and Iowa, where there are few minorities.

But his success exposes a difficult and possibly intractable problem for Democrats. Their frontrunner and establishment favourite is an accomplished woman but a vulnerable candidate. A poll of caucus-goers yesterday showed that they believed Clinton was by far the most electable and experienced candidate. But it also indicated that they found her untrustworthy and hard to relate to. These are traits that are difficult to fix and if that’s what Democrats think, imagine what Republicans will do to her.

Last night’s results lay bare the scale and depth of the realignment that has been taking place within the country for almost a generation: a polarisation of left and right that has made elections more volatile, politics more gridlocked and discourse more shrill. A socialist is in the running for the Democratic nomination; Donald Trump could be president. If these are the things we are saying in February, imagine what we might be saying come the Democratic and Republican conventions in July.