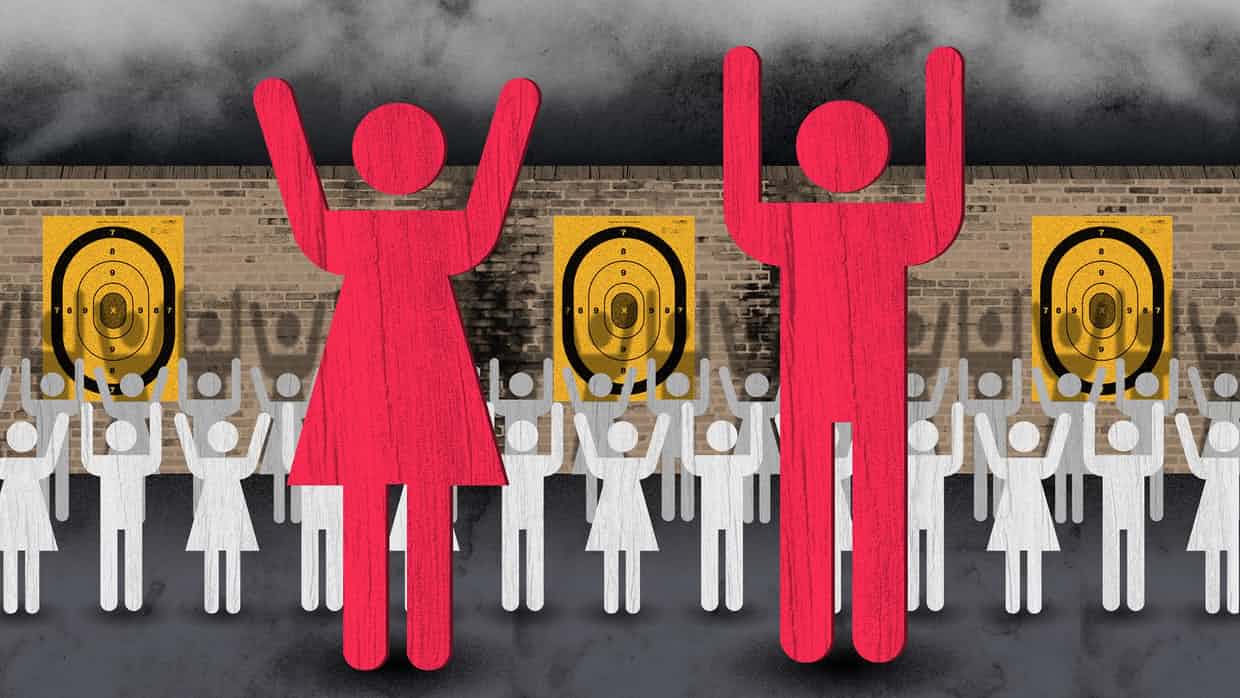 The US can't keep track of how many people its police kill. We're counting because lives matter
The Guardian,
Illustration: Nate Kitch/Guardian

In her biography of Harlem Renaissance writer Zora Neale Hurston, Valerie Boyd explains why it was so difficult to track Hurston’s whereabouts during the novelist’s early twenties. “In 1911 it was relatively easy for someone, particularly a black woman, to evade history’s recording gaze,” wrote Boyd in Wrapped in Rainbows: The Life of Zora Neale Hurston. “If not legally linked to a man, as daughter or wife, black women did not count in some ways – at least to the people who did the official counting.”

The question of who counts and whom is counted is not simply a matter of numbers. It’s also about power; the less of it you have the less say you have in what makes it to the ledger and what form it takes when it gets there. Collecting information, particularly about people, demands both the authority to gather data and the capacity to keep and transmit it. Those who have both the authority and the capacity need to feel that the people on whom they are keeping tabs on matter.

The Guardian has, through its new investigative project The Counted, developed the capacity to count the number of people killed by the police. We think it matters; the debate that has ensued on the issue of police killings and has been forced on to the national agenda through popular protest will be better informed for having easily accessible data.

We think those who have been killed matter; a handful of these deaths make national headlines while the rest barely make a ripple beyond their own families and communities. The data is important. But they are not statistics; they are people. To record their deaths, particularly when the circumstances of those deaths are in dispute, marks a small but important step in the attempt to restore their humanity – albeit posthumously.

The data is important. But they are not statistics; they are people.

There will be those who argue that we are counting the wrong thing; that we should be tracking the number of black youths killed by other black youths, or policemen killed in the line of duty or any number of other tragic categories. To them we say: the internet is a big place. Have at it. Any kind of counting that fills a void, enriches debate and focuses attention on an important issue should be supported.

Contrary to the popular adage, facts don’t always speak for themselves. “The facts speak only when the historian calls on them,” EH Carr argued in his landmark essay, The Historian and His Facts. “It is he who decides to which facts to give the floor, and in what order or context … It is the historian who has decided for his own reasons that Caesar’s crossing of that petty stream, the Rubicon, is a fact of history, whereas the crossing of the Rubicon by millions of other people before or since interests nobody at all.”

We are not calling on these particular facts by accident; we give them the floor for a reason. The idea emerged from the growing public attention paid to police killings over the past year, from Ferguson to Baltimore. Lest there be any doubt, we are counting everybody of every race and both sexes (women make up 5% of police killings so far this year). Significantly more white people are killed by police than black people and, as we saw in Baltimore, black cops can be charged as killers. The race of the police and those they kill is important, but neither fundamentally changes the systemic issue of how those who have a monopoly on violence use their power. Questions about the deadly use of police force are not limited to black people; the answers inform our understanding about the society in which we all live, the laws that govern it and the manner in which those laws are applied.

But the focus there has been on race during this period is no accident either. The most high-profile police killings have been of black men and boys that sparked the #BlackLivesMatter movement. Black men make up about 6.5% of the US population but 29% of the police deaths so far this year; half of those black men shot by police had no gun and one in five had no weapon at all.

As long as there have been black people in America, the issue of how much black lives matter, and why, has always been contested. Under slavery, you could literally count the value of black life in dollars and cents, while black black slaves were constitutionally quantified as three fifths of a person. Abolition got rid of the institution but did little to change the rationale that underpinned it.

“When I was coming up in Mississippi I never knew it was against the law to kill a black man,” Buford Posey, an elderly white Mississippian once told me. It was only when he enlisted to fight in the second world war that he discovered otherwise: “I was 17 years old. When they told me, I thought they were joking.”

Indeed it is, in no small part, precisely because this is not a new problem that it is so vexing. For all the other things that have changed in America that basic existential insecurity remains.

The circumstances under which each of the police killings that the Guardian has documented have taken place have been quite different, as has the public responses and the political ramifications. Some, like Walter Scott, Eric Garner or Tamir Rice, had their deaths caught on video; others, like Michael Brown and Freddie Gray, did not. Some police officers have been charged in connection with the deaths, while others have walked free. Some deaths have prompted huge demonstrations, a few of which have turned violent; even more have received scant national attention.

But for all the ways in which each incident has been distinct, their accumulation over several months has been notable for both its sum and its parts: each death is tragic in its own right, while each new one adds to the sense of a broader, deeper, more intractable narrative and growing outrage and frustration. This investigation lends face and form to what has become a banal fact of death in America; the white noise is set sufficiently low to allow the nation to go about its business undisturbed.

We count to hold the powerful to account, and in the hope that we can shift the patterns of conversation from “isolated incidents” and “bad apples” to a more informed assessment of the widespread patterns and the whole barrel. We count everyone because everyone counts.

• This article was amended on 4 June 2015. An earlier version said that under slavery black black slaves were constitutionally quantified as three fifths of a person. The three-fifths rule in the US constitution was not about suffrage, but a way of counting population to determine how many representatives a state would have in the federal government, and for taxation purposes.