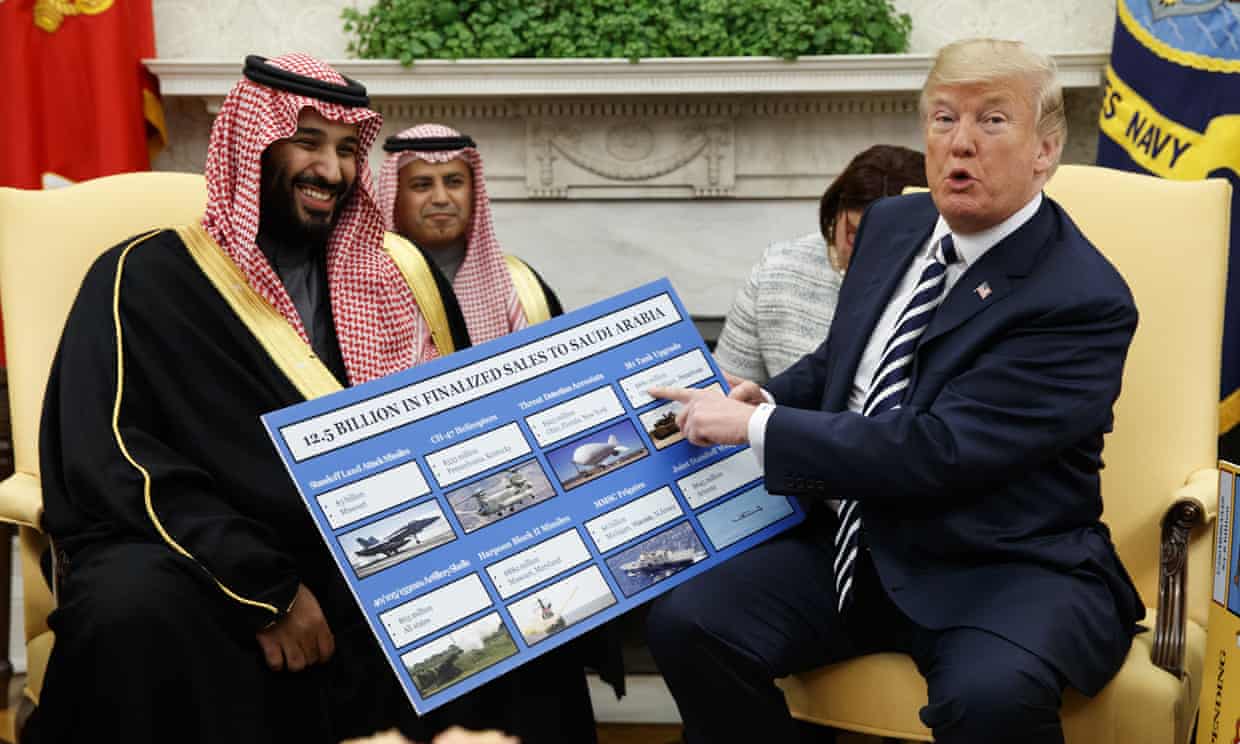 In 1989 five teenagers – four black and one Hispanic – were arrested for the brutal rape and assault of Trisha Meili, a white woman attacked while jogging in Central Park in New York. Less than two weeks later, Donald Trump took out full-page advertisements in all four of the city’s newspapers calling for a return of the death penalty. In an interview later that year, he told CNN’s Larry King: “The problem with our society is the victim has absolutely no rights and the criminal has unbelievable rights,” and that “maybe hate is what we need if we’re gonna get something done.”

The boys, aged between 14 and 16, confessed but later claimed they had been intimidated and coerced. They were, between them, convicted of rape, assault, robbery, riot, attempted murder, sexual abuse involving Meili and other cases, and jailed. In 2001, their convictions were overturned after a convicted serial rapist and murderer confessed to the rape. His story was corroborated by DNA evidence that identified him “to a factor of one in 6,000,000,000 people”.

When the police announced they would pay the defendants a $40m settlement, Trump branded it “a disgrace”. “Settling doesn’t mean innocence,” he wrote. “These young men do not exactly have the pasts of angels.” During his presidential campaign he still insisted that those who had been exonerated actually did it.

So when Trump says it would be a violation of natural justice to assume Saudi complicity in the suspected murder of the campaigning journalist Jamal Khashoggi, he is not just being offensive but utterly disingenuous. Not only does he not care whether people are innocent before being found guilty – he is comfortable in proclaiming their guilt even after they’ve been proven innocent. Due process, facts and constitutional niceties hold little sway with him: last year he encouraged police officers to rough up suspects during arrest.

Khashoggi, a US resident, entered the Saudi embassy in Istanbul on 2 October and has not been seen again. Leaked audio transcripts in pro-government Turkish media suggest he was brutally tortured and dismembered before his remains were taken out of the embassy and disposed of. Saudi sources have floated the rumour that Khashoggi was the victim of an unauthorised interrogation that got out of hand. Trump has been more than happy to play along. “I think we have to find out what happened first,” he said. “Here we go again with, you know, you’re guilty until proven innocent. I don’t like that.” This is the man who lead chants of “Lock her up” during his election campaign.

When asked earlier if he would impose sanctions on Saudi Arabia, the president said any response had to be weighed against America’s business interests. “Well, it depends on what the sanction is,” he told the CBS news channel. “I’ll give you an example. They are ordering military equipment. Everybody in the world wanted that order. Russia wanted it, China wanted it, we wanted it. We got it … I don’t wanna hurt jobs. I don’t wanna lose an order like that.”

But if Trump’s response to Khashoggi’s disappearance reveals many of his personal pathologies – an indifference to suffering, a cavalier attitude to human rights, a desire to put business before everything – it also faithfully reflects the history of western foreign policy in the region. Once again, what is different about Trump is the appalling, brazen clarity with which he boasts about policies and practices that have previously been framed with the patina of plausible deniability. Put bluntly, he has no shame.

Previous presidents may have treated Haiti and African countries like “shitholes” but only Trump called them that. Previous presidents restricted travel and immigration from some predominantly Muslim countries after 9/11 – only Trump called for a ban on Muslims entering the country. His approach to Saudi Arabia is part of the same pattern. Its disrespect for human rights is well known and indisputable. It is a theocratic dictatorship, and home to some of the most deadly currents of religious fundamentalism. It beheads political dissidents and gay people and, until June, did not allow women to drive. For the last three and a half years, a Saudi-led coalition has been bombing, blockading or invading Yemen, prompting a humanitarian crisis in which an estimated 3 million Yemenis have been displaced. According to UN experts and Human Rights Watch, some air strikes, that have clearly targeted civilians, have been in breach of international law.

As such Khashoggi’s suspected murder is a particularly vile but completely consistent reflection of Saudi repression at home and aggression abroad.

The Saudi government spends a lot of money deflecting the world’s gaze from these abuses. Washington thinktanks are pondering whether to keep taking Saudi money. This week the Middle East Institute decided to stop; the Center for Strategic and International Studies resolved to continue. Both claimed their decision was contingent on the outcome of an investigation into Khashoggi’s disappearance.

A report by the Foreign Influence Transparency Initiative, obtained by Politico, showed that registered lobbyists for Saudi Arabia in the US contacted Congress, the White House, the news media and thinktank analysts more than 2,500 times last year. Steve Schmidt, who ran the late Republican John McCain’s presidential election, has branded Saudi Arabia’s lobbying machine “a poster child for the corruption that runs rampant in Washington DC”.

So long as the kingdom bought western weapons and kept the oil wells pumping, the west was happy to keep it as an ally, not least because it is an enemy of Iran. That alliance has given the lie to any claim that the war on terror was ever about democracy, human rights, women’s rights or even terror itself. Saudi Arabia was the home to 15 of the 19 hijackers on 9/11, yet no western leader ever suggested bombing it or invading it, and America has never put it on a list of nations whose citizens are banned from entering the country.

This hypocrisy was no secret. George W Bush was close friends with the Saudi ambassador throughout his tenure. When planes were still grounded immediately after the twin towers attack, members of both the Saudi royal family and the Bin Laden family who were in America were allowed to fly out of the country on private jets. The only time Barack Obama had his presidential veto overriden was when, in 2016, a bill was passed that gave the families of 9/11 victims the right to sue Saudi Arabia for its alleged role in the attacks.

But the hypocrisy was not openly conceded either. Trump deserves no credit for his candour: being candid about having double standards or no standards is nothing to be proud of. But the indignation at his statements should be directed as much at the longstanding policy as the president who all too faithfully and flamboyantly articulates it.