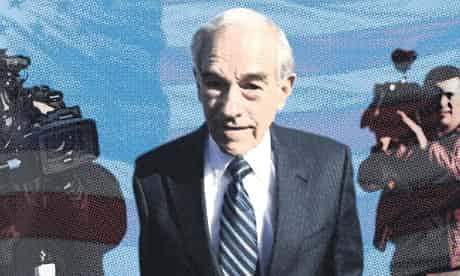 'They are in a terminal panic," said Pat Buchanan in February 1996 of the Republican establishment, as his insurgent campaign against Senate leader Bob Dole gathered pace. "All the knights and barons will be riding into the castle pulling up the drawbridge in a minute. All the peasants are coming with pitchforks. We're going to take this over the top." By March his campaign was suspended. By November he was supporting Dole.

Primary season generally promises more than it delivers. Polls appear daily; conjecture abounds continually; media confect a frenzy. It is pitched as the struggle not just between a party's establishment and its base but also its heart and mind. The heart evokes passion, and passion attracts copy and airtime. But it's the mind (and of course the money) that seeks a winner and ultimately selects the candidates. Mike Huckabee (2008), Howard Dean (2004), Jesse Jackson (1984, 1988) – much ink is spilt on the prequels, but the main feature usually appears as originally billed.

But while longshot primary challengers tend to crash and burn quite quickly, their brief, dramatic electoral journey usually provides more enduring political lessons. Dean's campaign presaged the electoral force of the anti-war vote; Buchanan's insurgency was a harbinger of the Tea Party movement; Jackson expanded the Democratic base.

As the Republican primary season kicks off in Iowa this week the most likely upset will come from Ron Paul, an eccentric libertarian with a cult following and reams of racially offensive newsletters to his name that he claims never to have read. The most likely eventual presidential candidate is Mitt Romney, a wooden ex-Massachusetts governor who has been the frontrunner from the start but rarely polled more than 30% in national polls of Republicans. Romney, who has a narrow lead over Paul, has changed his position on everything from abortion to healthcare.

Between them, Romney and Paul tell us two important things about the state of the Republican party. First, never has the base been more incoherent, incompetent or inchoate. For almost two years it has flailed around in the hope it will eventually strike a strategy, candidate or idea that would make it credible. For the last six months it has rallied around candidates who have proven too tawdry, ignorant or repellant to sustain a lead.

Indeed, the moment a candidate attracts enough support from Tea Party movement followers to become the nominee has been the very point at which their fortunes have started to wane. (Their current favourite, Rick Santorum, is enjoying a late surge and could yet sneak a surprise.) For all the noise they have made, they have precious little to show for it. True, it was largely down to them that the Republicans won the House of Representatives. But a year on, a Pew study shows the Tea Party has not only lost support nationwide, but also in very constituencies represented by members of the House Tea Party caucus. So after two years of conservative ascendancy, the most likely Republican standard-bearer will be Romney: the man the party rejected four years ago for being too moderate and insufficiently authentic.

Which brings us to the second point. While the Republican establishment finds this base a liability, it have chosen not to confront it but to rely on it. It is customary for a party that loses an election to engage in a period of introspection as to the causes for its defeat. Given two failed wars, a ballooning national debt and a massive economic slump, there was no shortage of things to think about after 2008. But, eschewing reflection for opportunism, it instead harnessed the caffeinated rage of conservatives, who pledged not a change of course but an intensification of it. Like Romney and Paul, in abandoning responsibility for the past they also surrender plausibility in the present.

As a result, even as Barack Obama has become increasingly vulnerable, the Republican establishment could not find a decent candidate. It has thrown its weight behind Romney at the eleventh hour – he's the least worst prospect and, despite his obvious weaknesses, has the best chance of attracting the necessary independents to beat Obama. They're hoping that what the base lacks in its love for him will be outweighed by their hatred of Obama.

We've been here before. In 2004 the Democrats chose John Kerry not because they liked him but because they thought other people would. While travelling from Boston to Midland, Texas, that year, I didn't meet a single Kerry voter. All the Democrats I encountered were voting against George Bush. "If they put up a vacuum cleaner against Bush we'd vote for it and just ask them to change the bag every now and then," joked Gene Lyons, a columnist for the Arkansas Democrat-Gazette.

A rerun of 2004 is hardly a reassuring scenario for either party. True, Bush won. But only barely. Nor is it for a country paralysed by rancour and denial. This primary season not only promises little, it may deliver even less.